Recently we announced that automotive transmission parts maker Bucyrus Precision Tech in Bucyrus, Ohio, USA was closed and that all the equipment including the very substantial in house heat treatment department would be going to auction-as an update to this story we can tell you that bidding closes the end of next week, February 17 to be exact. Our interest of course lies in the heat treat equipment which includes a total of 16 normalizing and carburizing furnaces, which means at one point in time that this was one of the larger captive heat treats in all of Ohio, and Ohio as we know includes a number of very large in captive heat treats. Will the furnaces attract much attention at auction-“The Monty Heat Treat News” doubts it, mainly for the design and the fact that the manufacturer of the equipment is not well known in North America in spite of the fact that they have hundreds of systems installed in North America-let us explain.

Dowa, who supplied the furnaces is a Japanese furnace builder (the largest in Japan we will add) and they make absolutely top notch equipment, but in spite of the fact that they have literally hundreds of installed furnaces in North America they remain relatively unknown to North Americans for the simple fact that they are largely found in Japanese auto parts supplier facilities. As an example the Honda facilities in the US almost exclusively use Dowa equipment but as the furnaces are single sourced to Dowa few outsiders are aware of them.

Dowa furnace design also generally differs from what North American furnaces builders supply in that in most cases they have a single row pusher design, quite unlike the standard for North Americans which is an “in/out” batch IQ design. So while the equipment is relatively new, an advanced design and appears to be in good shape we would not expect there to be a great deal of interest at auction.

Rather interesting that one of the larger install bases in North America for furnaces belongs to a company that most North American heat treaters are not familiar with.

On a final note we can say that Dowa is one of the largest commercial heat treaters in the world and the photo below shows one of their completely automated facilities in Japan as “The Monty Heat Treat News” saw it a few years ago. 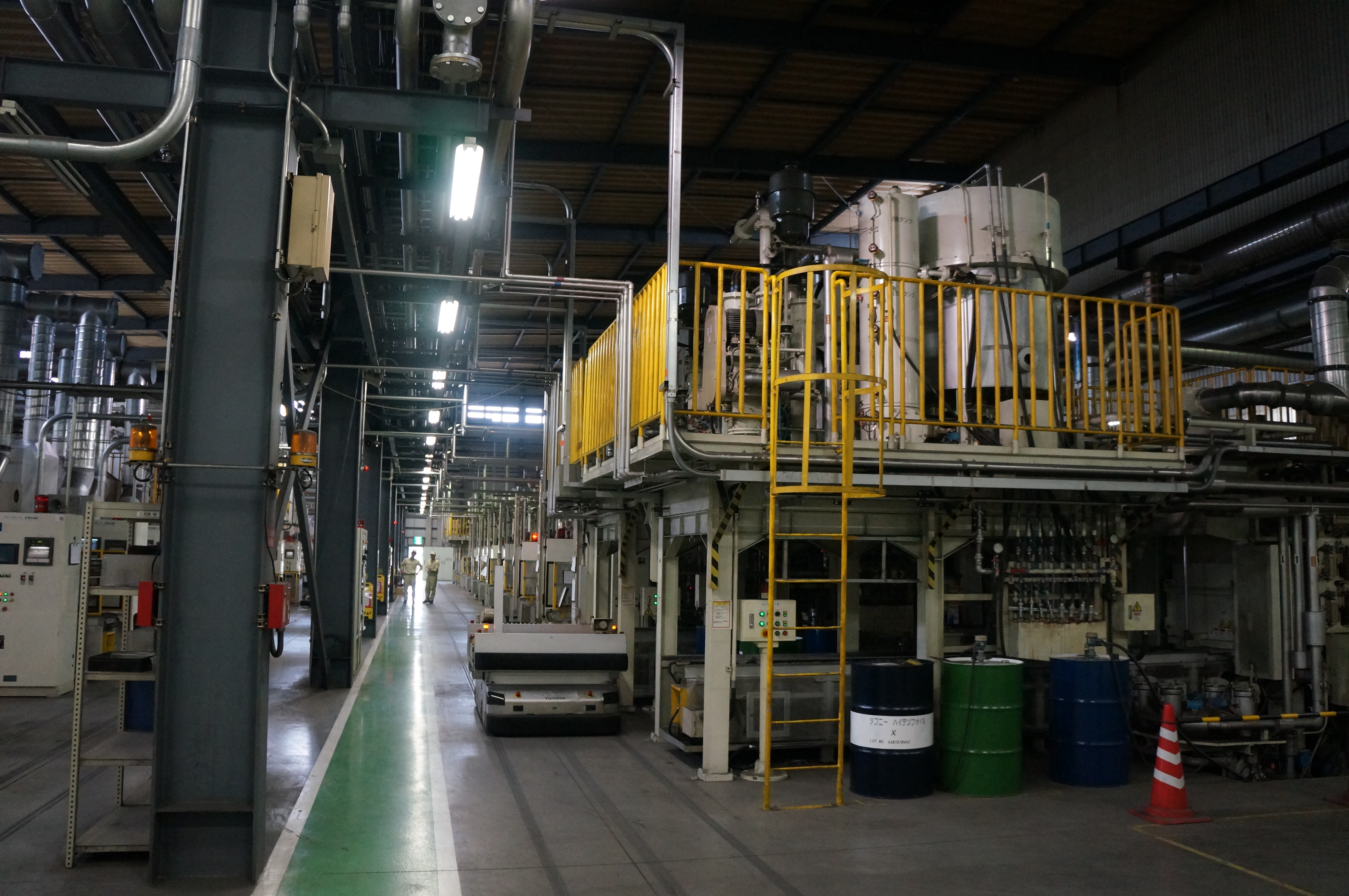