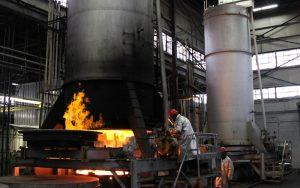 ​​​​Since 1999 “The Monty” has been publishing annually a list of the largest commercial heat treaters in North America based upon annual sales, our 2021 list can be found at https://themonty.com/project/50-largest-north-american-commercial-heat-treats-2021-2/ This year readers will see we became much more ambitious and expanded the list to the 50 largest. In our 13th spot we have Rex Heat Treat.

Rex Heat Treat is a family owned-and-operated business that began the year of 1938 in Pennsylvania. In its beginning, Rex Heat Treat supported the United States military efforts during World War II. Since then, Rex has also managed heat treating plants in Georgia, Florida, and Alabama. Through a combined 190,000 square feet, between the Alabama and Pennsylvania facilities, Rex Heat Treat is able to effectively serve industries, such as Mining and Drilling, Energy, Aerospace and Defense, and Transportation. With the installation of the world’s largest Vertical Vacuum Oil Quenching Furnace, Rex Heat Treat is primed for continued growth.