Abbot Furnace Receives Order for Calcine Furnace Scheduled for Delivery Q2 2020; St. Mary’s, PA:  Abbott Furnace Company is proud to announce that a multinational corporation      that specializes in producing chemicals and precious metals and operating in more than 30 countries worldwide has placed an order with Abbott Furnace Company for an electrically heated continuous belt calcine furnace to be delivered in the 2nd quarter of 2020. Abbott Furnace will design, manufacture and install the industrial furnace that is rated at 1,850° F and includes an 18” wide inconel belt, silicon carbide muffle and data acquisition system. About Abbott Furnace; Abbott Furnace is an industrial furnace manufacturer with 35 years of experience designing and producing some of the industry’s most reliable and high performing industrial continuous process furnaces.  Abbott is a leading producer of industrial sintering furnaces, annealing furnaces, tempering furnaces, brazing furnaces, heat treat furnaces, steam treat furnaces, industrial ovens, CAB furnaces, High-Temperature Furnaces and other specialty furnace products. Abbott Furnace is a privately owned company located in St. Marys, Pennsylvania.  Abbott furnaces are proudly manufactured in the USA. 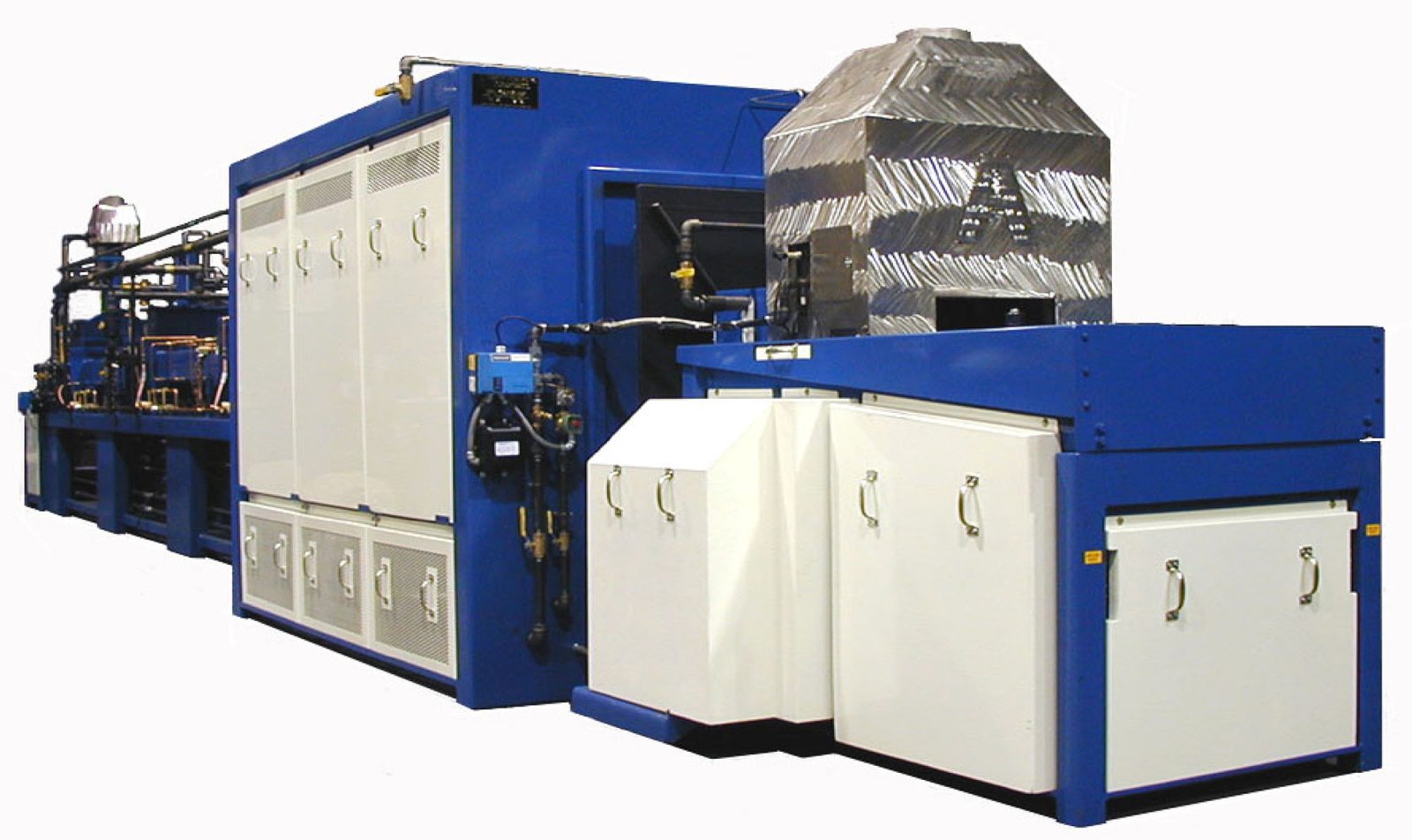 ​We have this press release from TAV, an Italian manufacturer of vacuum furnaces. Generally in North America you only run across them in the US South East where they are becoming better known; “TAV Vacuum Furnaces supplied a vacuum furnace with rapid cooling in inert gas at high pressure to a company in the aviation industry. The furnace, which has useful dimensions of 400 mm (15.7 inches) wide x 400 mm (15.7 inches) high x 600 mm (23.6 inches) long and a maximum operating temperature of 2282°F (1250°C), is suited for hardening and annealing. An inert-gas circulation system combines high flow, high pressure and multidirectional flow distribution to ensure rapid and uniform cooling of the charge. The AMS 2750E-compliant furnace includes a SCADA supervisory system.” Speaking of TAV we have this photo from Hauck Heat Treatment in Letchworth, UK showing their new TAV vacuum furnace. This particular one is capable of 1500kg and has working dimensions of 1000 X 1000 X 1200 deep. 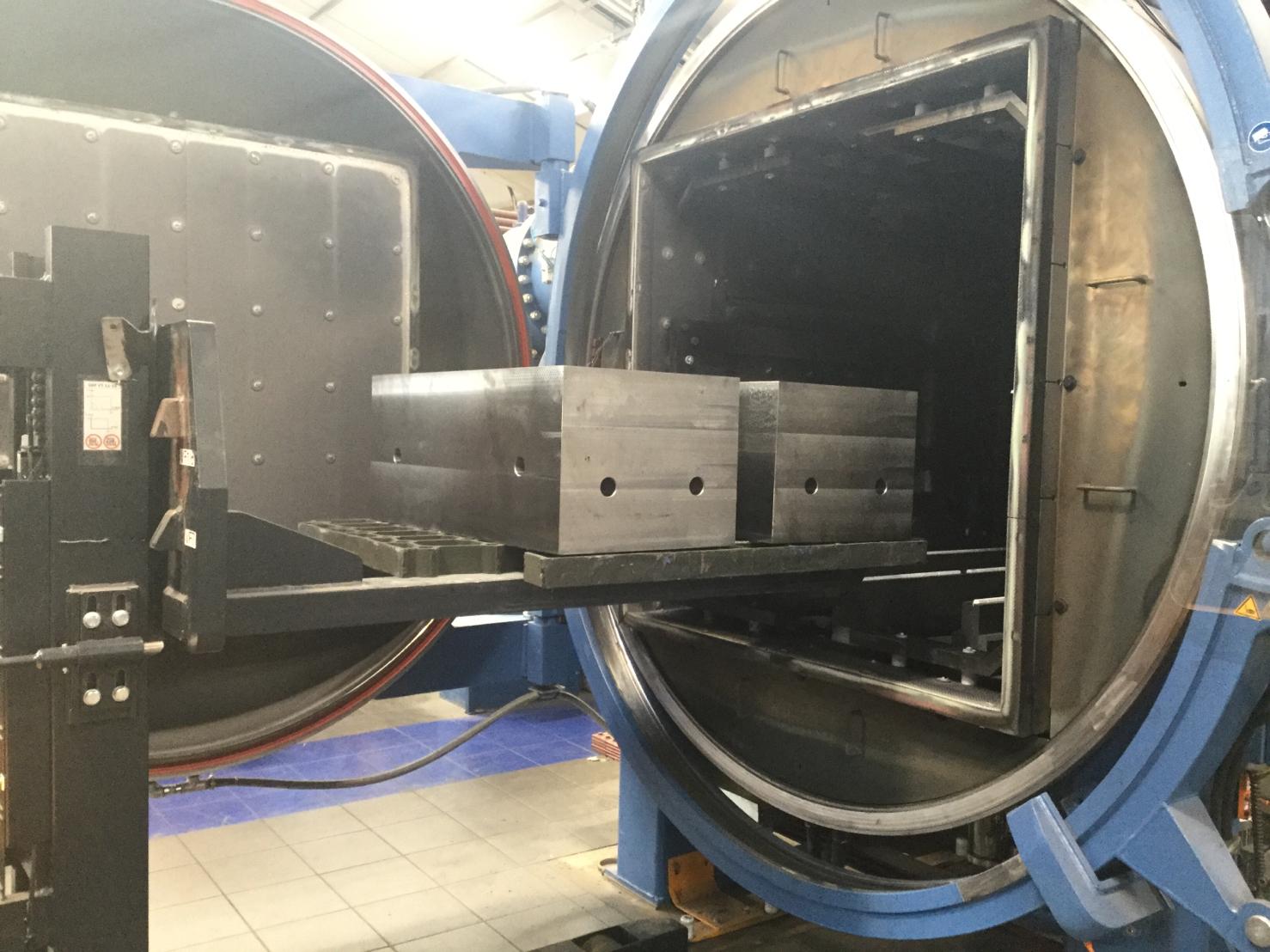 In the USA Mark Roop is going to be a busy man for a while. Mark is the owner of Industrial Furnace Services in the Chicago area which for years has been doing furnace rebuilds and installs. Mark recently landed a real nice job rebuilding and installing a number of batch IQ furnaces at a captive heat treat operation in the US Midwest. Furnace builder Surface Combustion recently received an order for a cast link belt furnace line from a chain manufacturer. Its not often you ever run across a new cast link belt line these days as most heat treaters have switched over to mesh belts-the only real exception to this is when the weight of the parts is too much for a mesh belt.

From IBC Coatings in Lebanon, Indiana, USA we have a mention about some personnel changes which have occurred over the past few months. IBC does very high end coatings and heat treating which includes 12 bar quenching vacuum furnaces, Ion Nitriding and vacuum carburizing; “Lucas Emmert, 16 years in the industry including work-holding for CNC machining and agricultural equipment. Formerly the engineering manager of Stace-Allen Chucks in Indianapolis, IN. Started as production manager at IBC Coatings November 2019. Peter Harper, BS in Biomedical Engineering, formerly an engineer at IBC for 9 years. Worked alongside his father Steve Harper, metallurgical engineer. Promoted to operations manager at IBC Coatings December 2019.” 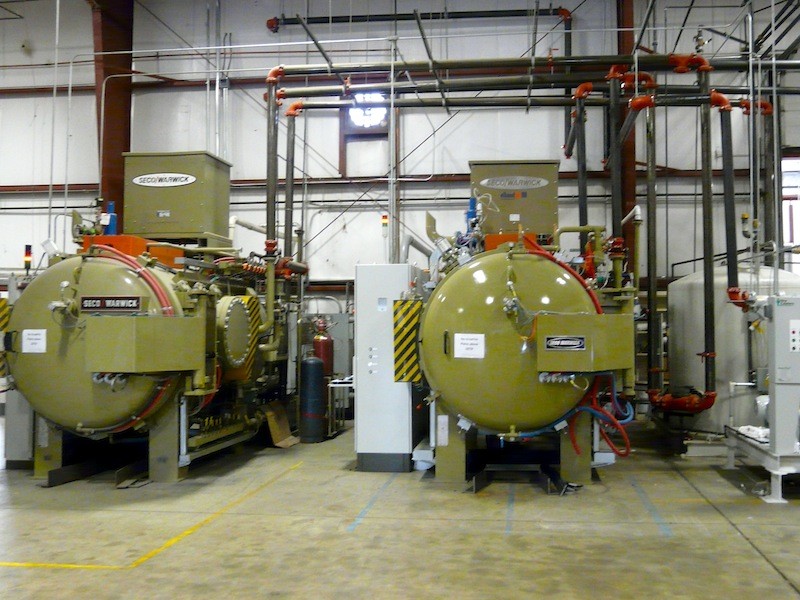 Stephen LaFrance was recently named President of Nelson Heat Treating in Waterbury, CT., USA. Nelson Heat Treating Company Inc., has been around for a very impressive 65 years offers a number of heat treating processes including vacuum heat treating and austempering. In April all of the equipment at Sakthi Automotive Group USA in Detroit, Michigan will be auctioned off. This was a manufacturer of automotive steering arms and knuckles which was built in 2015 for a cost of $75 million USD. Included in the auction are a number of Chang Jiang Heat Treat Furnaces. Chang Jiang is a new one on us, we have never run across them before.

Upcoming Stuff. Looking down the road we have a number of interesting things to tell you about. Next week (March 3-5 to be exact) is the ASM “Heat Treat Mexico” in Queretaro, Mexico (a banner ad about the event can be found on the right hand side of this page). “The Monty” will be visiting the show and also taking the opportunity to visit and profile several captive and commercial heat treaters in the area. March sees us visiting 1 or 2 heat treats in Portugal and later on this year we will be profiling captive and commercial heat treaters in the UK and Germany. When it comes to interviews we have a number coming up, Pat McKenna of Ipsen will be featured in March, followed by ALD in April, AFC-Holcroft in May-when we look at it pretty well every single month in 2020 will see us profiling a different company and individual. Keep in mind that most of our past interviews can be found at https://themonty.com/articles-interviews/  the most complete list of interviews in the entire hear treating industry by the way. Along the same lines back issues of our monthly newsletter “The Monty” can be accessed on the same page. While “The Monty” has been published since the 1990’s our archives only go back to the beginning of 2017.

And to round things out for today we have this photo from Germany which we took back in October of 2016. In it we see on the left Mr. Jorg Schmul, owner of Hagen Heat Treatment in Hagen, Germany along with Mr. Harald Roth of furnace builder KGO of Germany. 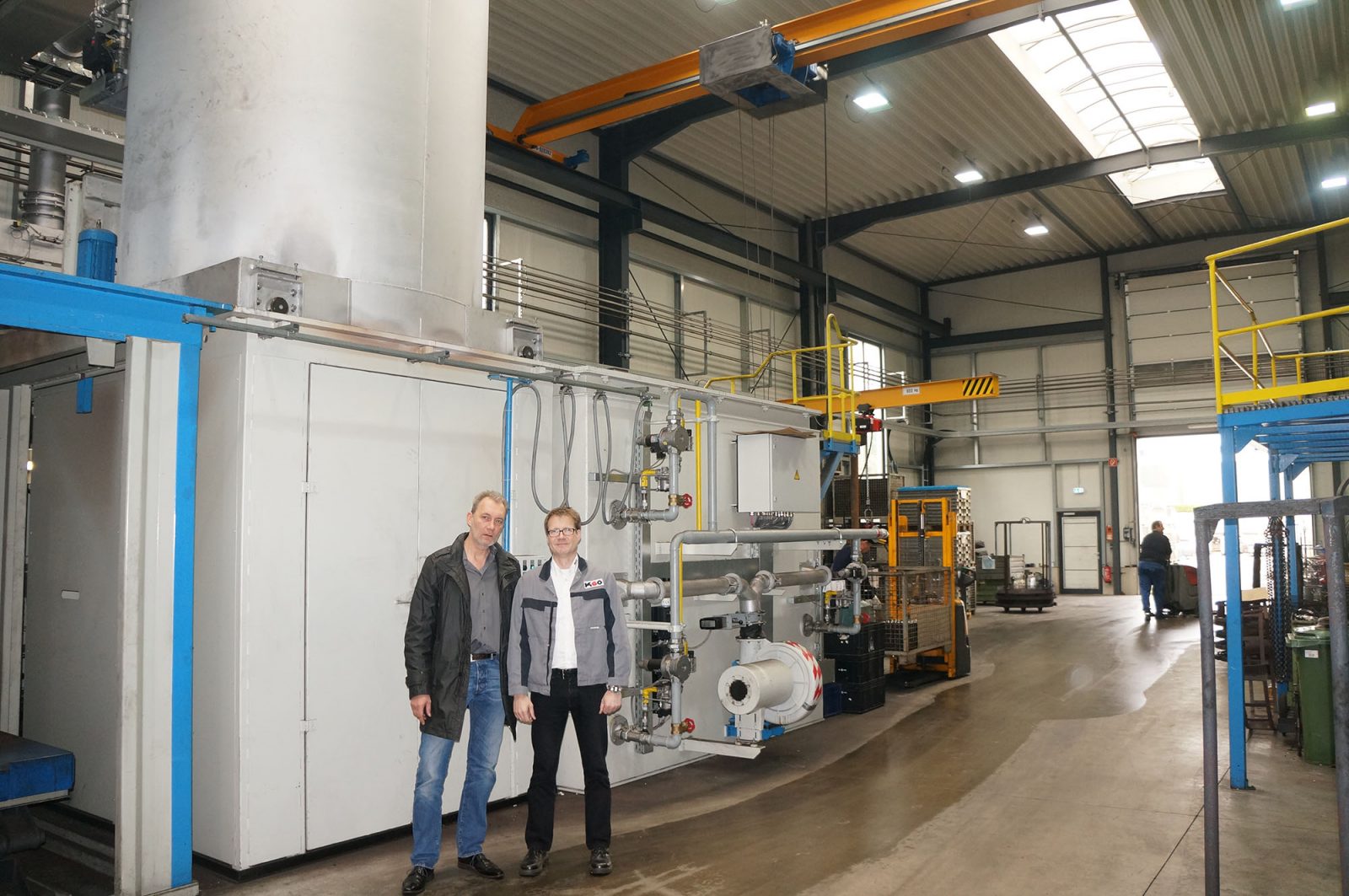