Recently we posted a photo of a “monster” batch IQ furnace capable of handling 20,000 pound loads and promised more details. This furnace is the world’s largest integral quench batch austempering furnace with an operating window of 84”W x 96”L x 54”T, a gross capacity of 20,000 pounds and a quench tank which holds 400,000 pounds of salt. It was built and installed in 2011by furnace builder “AFC-Holcroft” of Wixom, Michigan and the end customer was commercial heat treater “Applied Process” for use in their AP Westshore facility in Oshkosh, Wisconsin, USA where it remains in service. Applied Process is a commercial heat treater in the USA with 3 locations, Oshkosh, Livonia, Michigan and Fort Smith, Arkansas (more details of the brand new Fort Smith plant later this week).

We firmly believe that there is no other company in North America and possibly the world that does more salt quenching in particular the ADI process than Applied Process. In total the company has roughly 120 employees which includes 6 metallurgists and a total of 16 large IQ furnaces in the 3 locations. The Oshkosh location alone has the “monster” furnace and 6 other IQ’s each capable of a 6,000 pound load which amounts to a total of 1.1 million pounds of molten salt at any given time. These photos below give you a better idea of the plant and include a photo of our host, Steve Metz, VP of Sales for the company and a fellow who truly loves his job. Also included is the AP logo “the hostile duck” which we have always felt is the best logo in the entire worldwide heat treating industry. 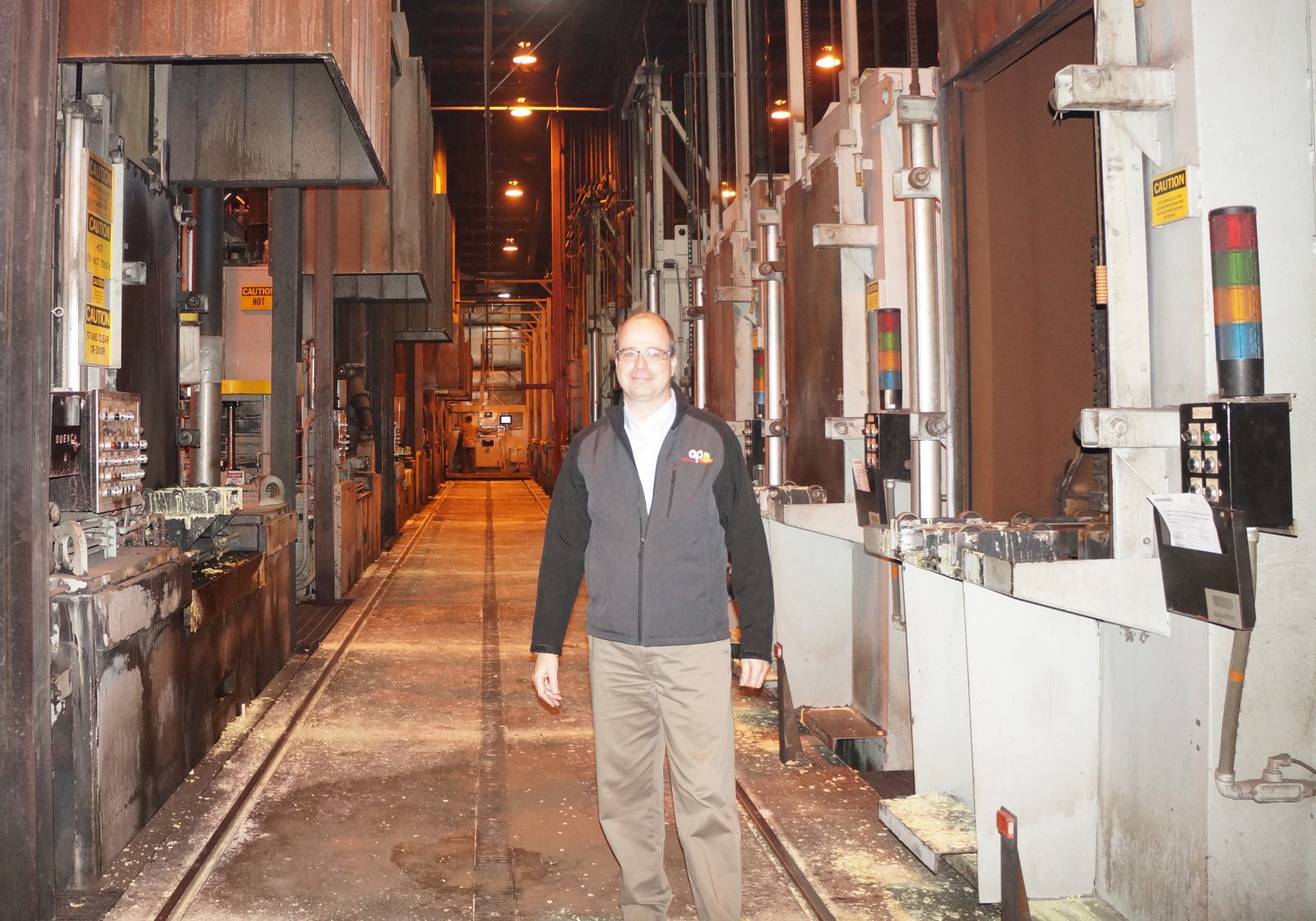 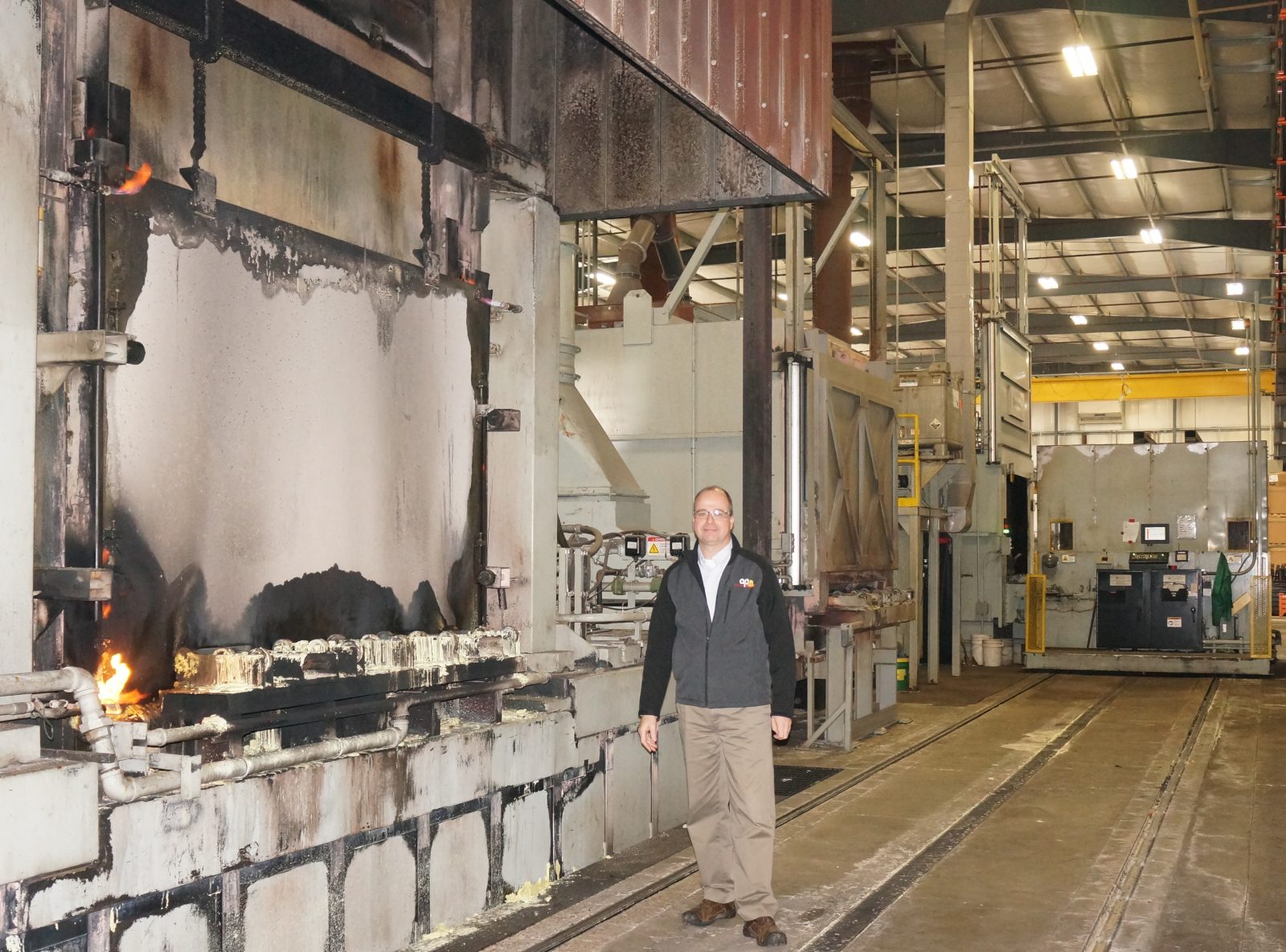