The Heat Treat Mexico 2020 ASM event in Queretaro, Mexico is now concluded and filed away in the history books. Most would deem the event as a success and we have these final photos for you.

Carburizing experts ALD always have a strong presence at all the worldwide heat treat events. In this photo we see Moises García, Natalie Beck and David Bolton 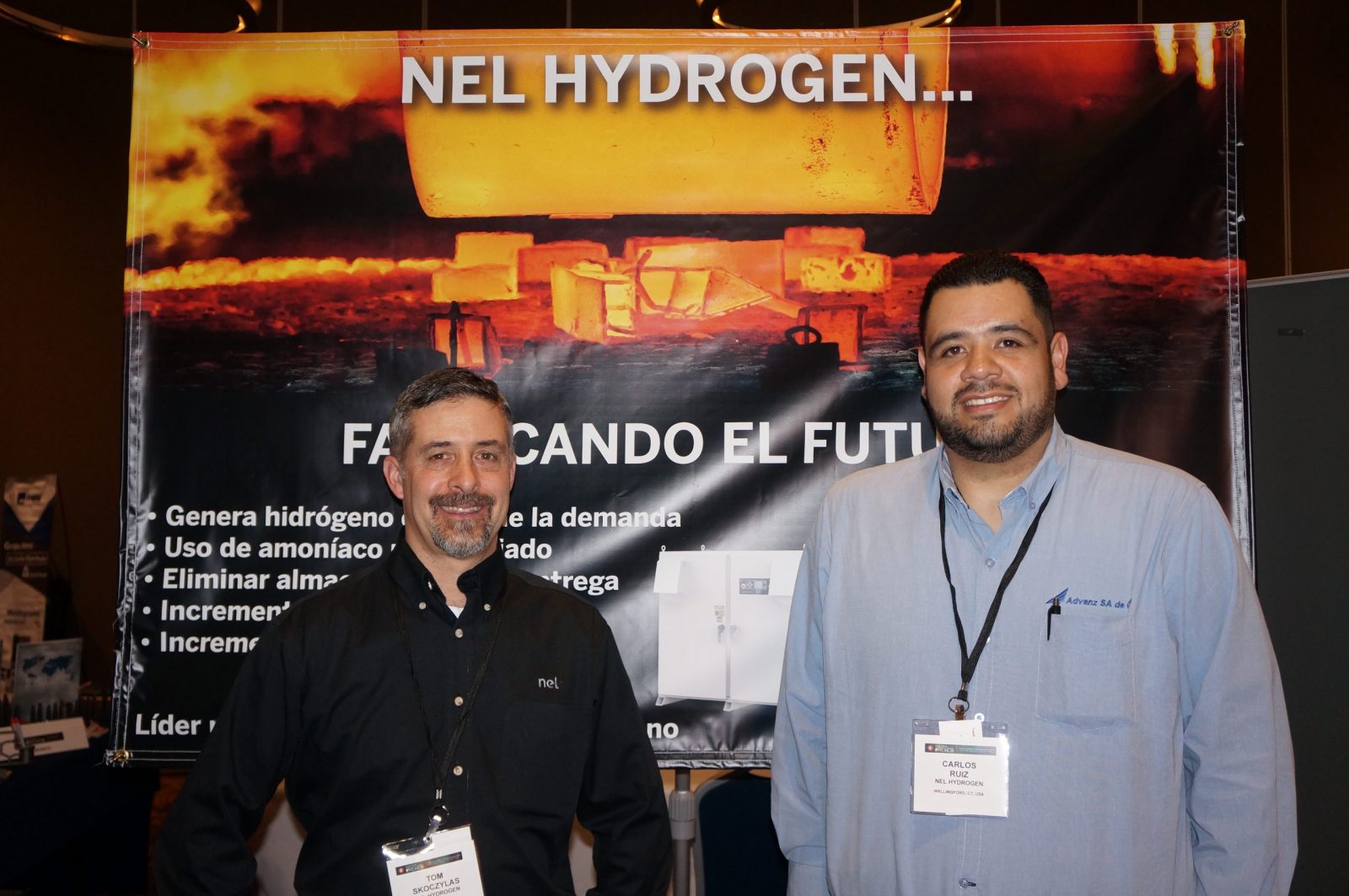 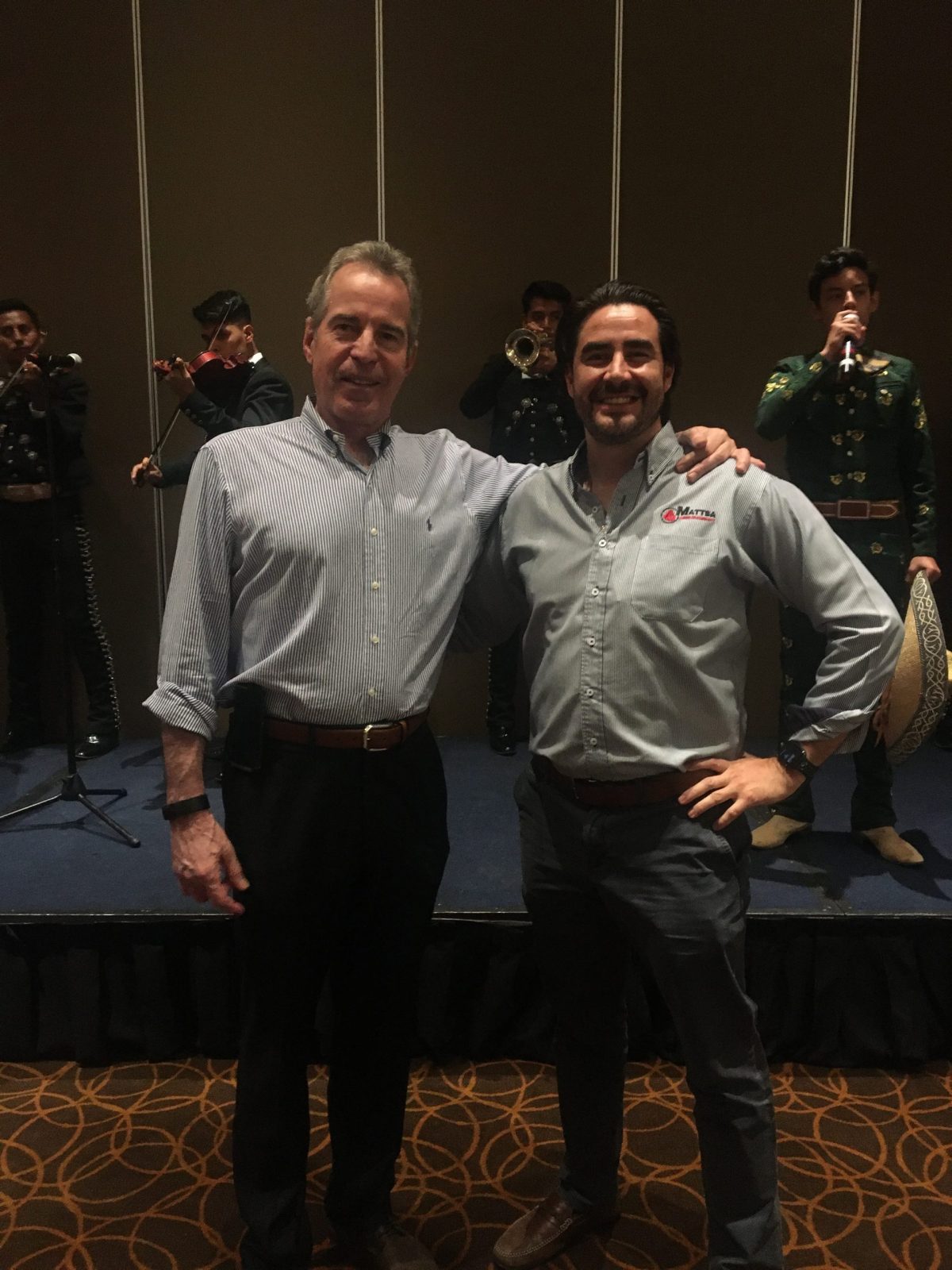 Borbet Aluminum in Auburn, Alabama is expanding. German aluminum wheel manufacturer Borbet in Alabama is expanding and our understanding is that they will be adding to their current heat treating capacity; “Manufacturer Borbet Alabama announced plans Tuesday to expand its Auburn operation with a $23.9 million project that will create 25 jobs over the next two years. The Germany-based company was founded in 1881 as a family-run business and has become a leading European manufacturer of light metal alloy wheels for the automotive industry. Borbet has over $1 billion in annual sales with nine global operations. The company is recognized globally as a specialist in design excellence and high-quality production.”

In Canada rumour has it that Mr. Shawn Scott will be setting up his own commercial heat treat operation. Shawn is a long time experienced heat treater who was with Bodycote in Newmarket, Ontario for many years before moving to Bluewater Thermal in Kitchener where he was General Manager. The Bluewater facility closed a few months back with the equipment going to auction. We understand that Shawn bought some of the equipment and will be setting up his own commercial heat treat operation. In the UK we see that Mike Oldham of Vacuum & Atmosphere Services Ltd. has been promoted to head of Projects/Vacuum Technical Manager.  Vacuum & Atmospheres Services is one of the largest providers of heat treat equipment in the UK and are also the regional agents for Ipsen. We at “The Monty” will be spending some time with the company later this year.

In the US furnace manufacturer Gasbarre Thermal Processing Systems have been named “Outstanding Supplier” by commercial heat treater Woodworth Inc., for supplying heat treating furnaces. Woodworth has plants in Michigan and Mexico and is one of the largest commercials in North America as rated by “The Monty” https://themonty.com/project/largest-north-american-commercial-heat-treats-august-2019/ We know Woodworth quite well and have seen the Gasbarre designed and built tip up furnaces in operation-quite impressive for the enormous volumes of work the furnaces can hold. 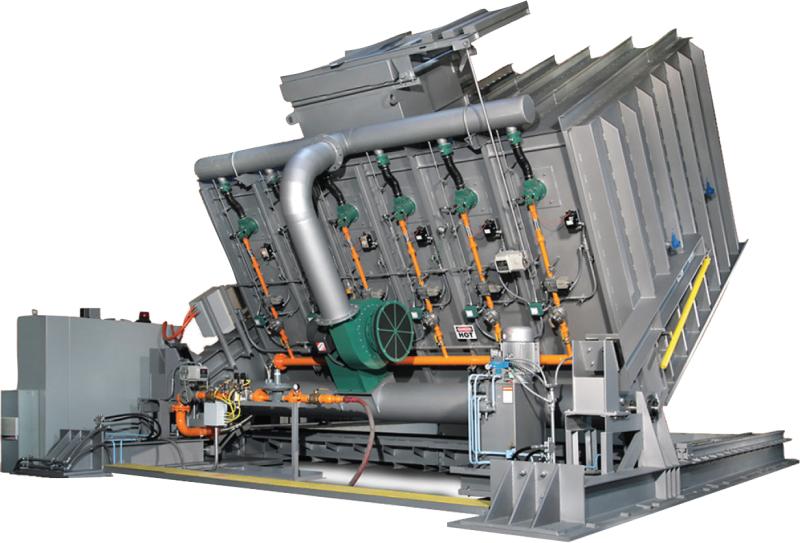 Commercial heat treater Hauck, one of the largest commercials in Europe is adding capacity at their Värnamo, Sweden plant. This capacity takes the form of new Ipsen batch IQ equipment as can be seen in these photos. 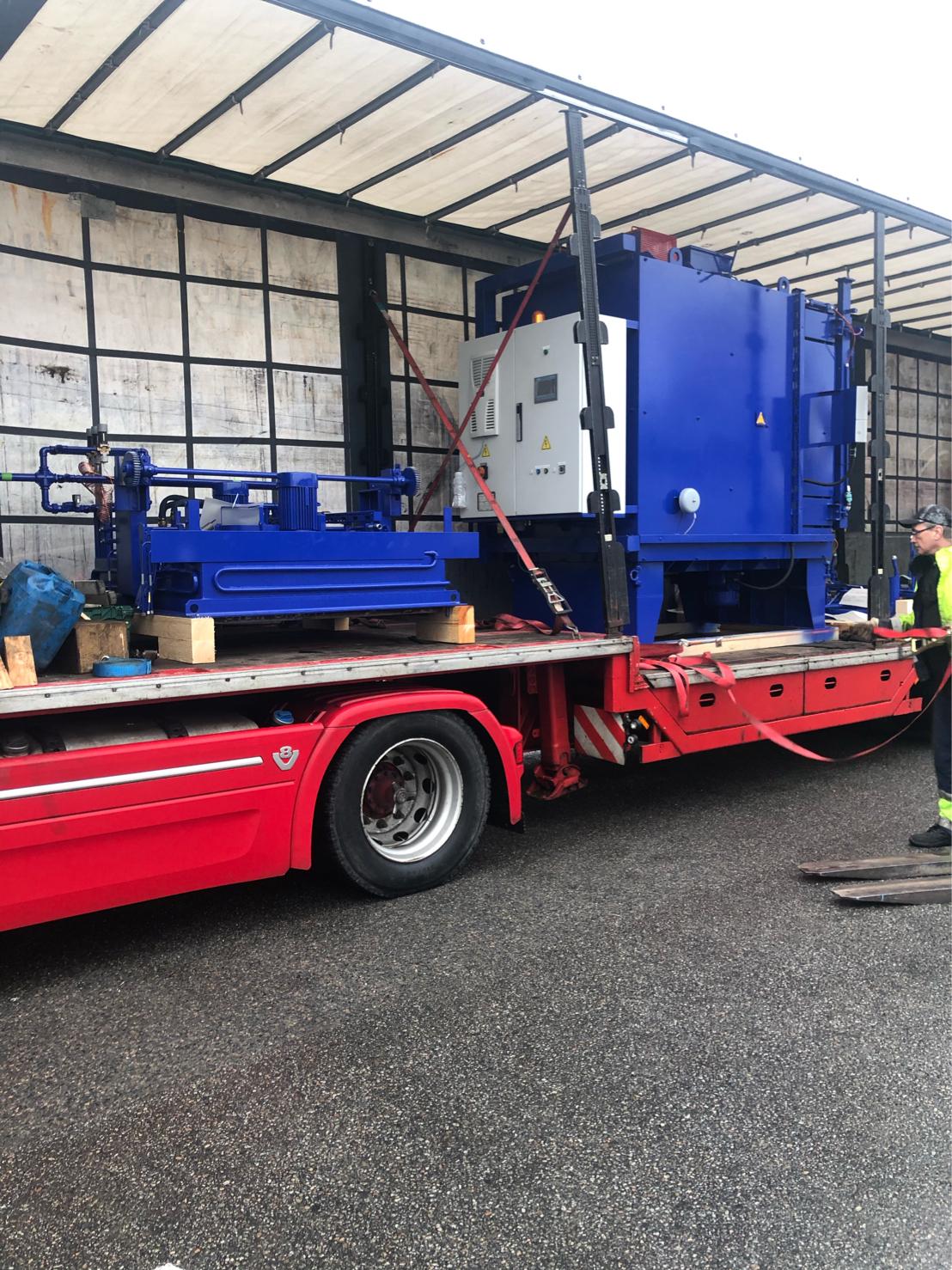 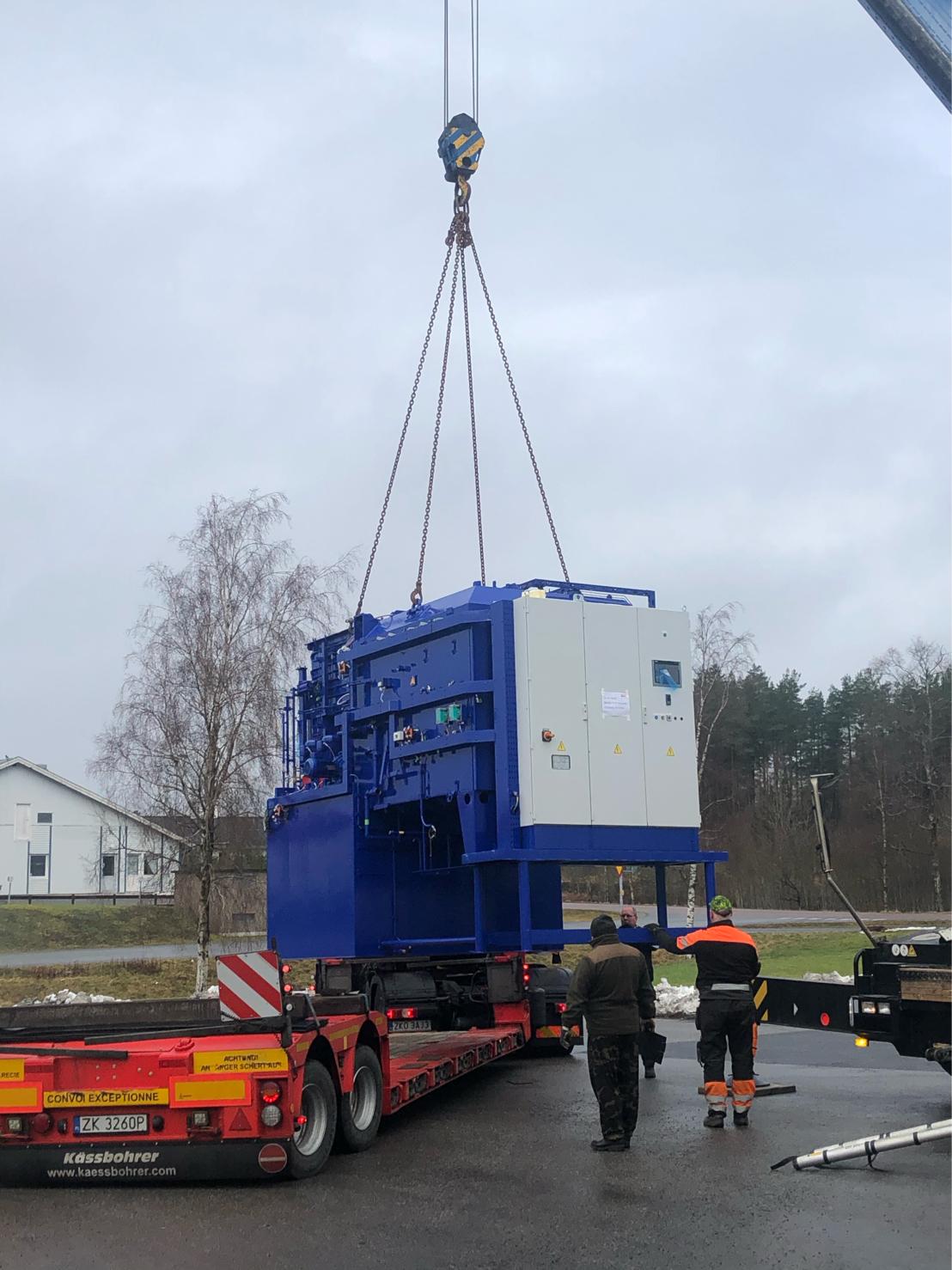 McLaughlin Furnace Group of Avilla, Indiana, USA has just finished installation of this monster car bottom furnace. It has 27 million BTU of heating and can handle loads of 120,000 pounds at one time. Our understanding it that it is one of the largest furnaces in the US mid west. 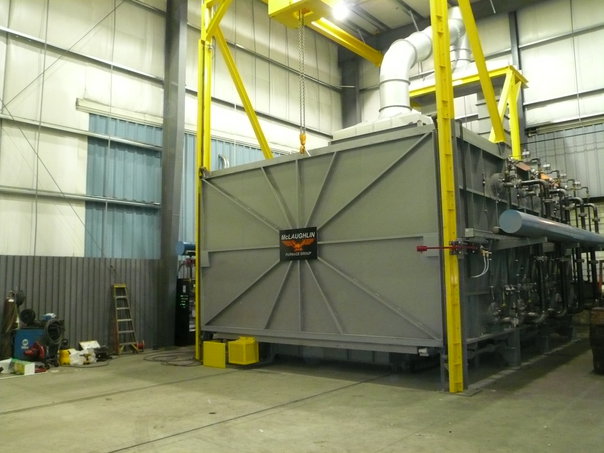 And to round things out we have this photo of a very large in house heat treater in Mexico which we visited a few days past. Later this week we will have an in depth story about the heat treatment department (which includes pusher and batch IQ furnaces) and lots of photos. If any of our readers would like to guess who the company is we will give you a free mention. 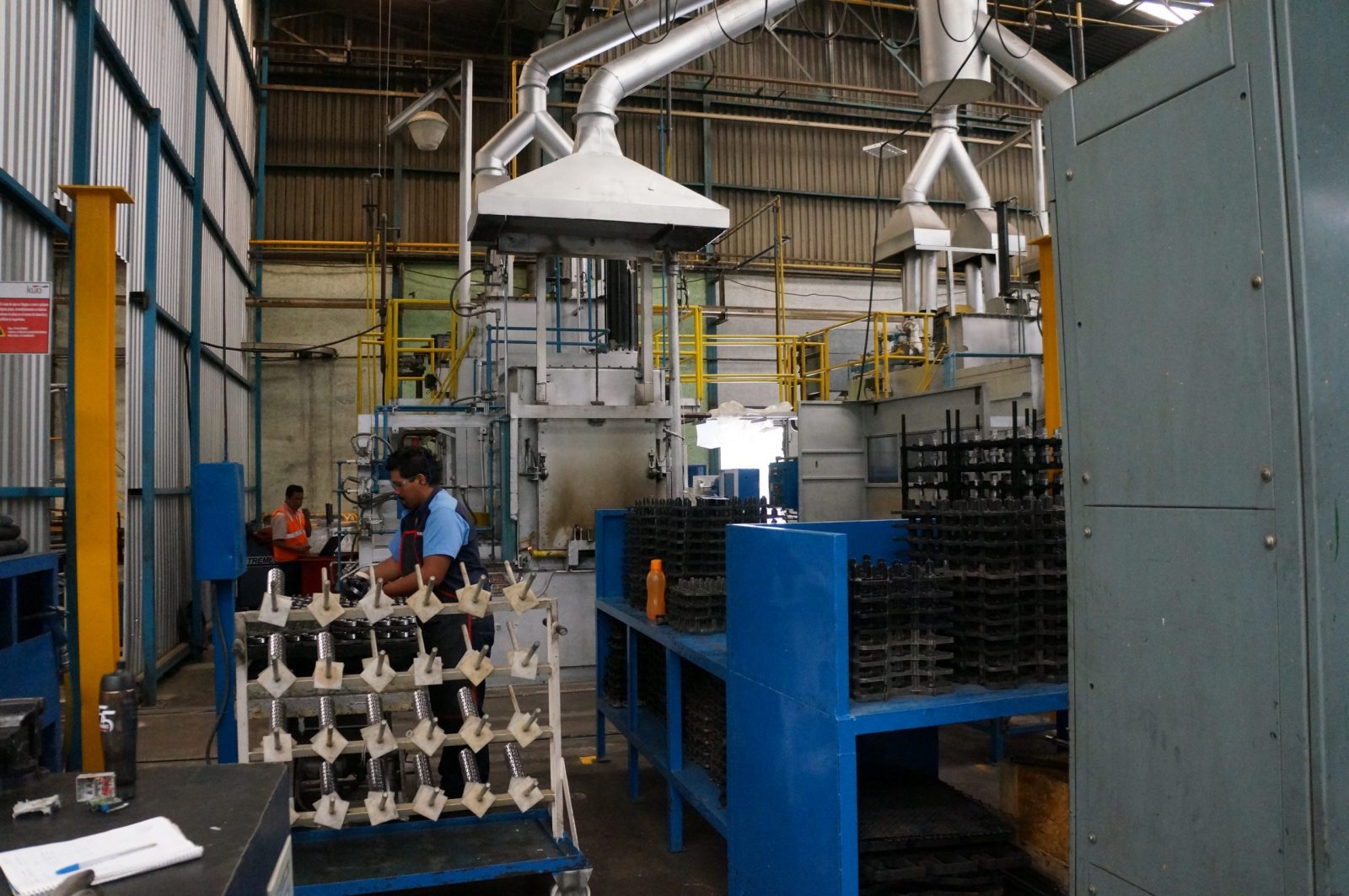