It is now almost 20 years since “The Monty” put together our first list of the largest commercial heat treaters in North America. This is roughly the 6thupdate to our original ranking and like most things it gets better with age. It’s a difficult task ranking what are largely privately held companies with little desire to share sales figures however after all these years we are quite proud of the accuracy of this list. (note; we are not going to guarantee 100% but, in our conceit, we feel it is possible).  The basic criteria:

as a publicly traded company we have no issue sharing Bodycote’s sales figures, however we have refrained with all the others on this list.

while we started off with a “Top 10” list it grew to a “Top 15” list as you can see. The reason being that some of these companies are so close in size that it is difficult to include one and exclude another. As always we appreciate comments and corrections and indeed look forward to them

-Bodycote https://www.bodycote.com/It is absolutely no surprise that UK based Bodycote dwarfs all others in North America, as a matter of fact they dominate in almost every single area of the world. Total North American sales in 2017 were $325 million USD (excluding Mexico). The US and Canada account for 34% of the group’s total sales.

-Paulo https://www.paulo.com/We feel quite comfortable putting family owned commercial heat treater Paulo in second spot based upon their 5 facilities in the USA. Note that this does not included their recently launched Mexican facility.

-Premier ThermalSolutions https://www.premierthermal.com/In the US Midwest Premier Thermal are the big boys on the block when it comes to annealing of castings. With the acquisition of aluminum heat treater Alfe Heat Treating https://www.al-fe.com/ the combined company becomes the third largest commercial heat treating group in North America. Both companies are controlled by Z Capital Group who is also parent company to “NitroSteel”

-Woodworth Heat Treating http://www.woodworthheattreating.com/ Woodworth is another family owned company which has been tremendously successful over the years. The company has a total of 3 plants in Michigan and one in Puebla, Mexico all concentrating on the automotive sector

-Bluewater Thermal Solutions https://bluewaterthermal.com/Owned by Alterian Investment Partners Bluewater is an impressive organization which has facilities in the US and Canada working with a multitude of industries.

-Solar Atmospheres https://solaratm.com/One of the most high-profile heat treaters on our list is Solar Atmospheres which has become a giant in the industry by focusing on one type of heat treating-vacuum. The company has 4 locations around the US all absolutely state of the art. We can’t say enough good things about the company.

-Braddock Metallurgical http://braddockmt.com/Braddock is now a third generation, family owned company which dominates in the US Southeast. The company has 8 plants including Puerto Rico. You name the process and Braddock can probably offer it.

-Aalberts Industries https://aalberts.com/ Based in the Netherlands conglomerate Aalberts is making our list of the largest commercial heat treaters in North America for the first time after their recent acquisition of Applied Process. In North America Aalberts now has the three AP locations (Michigan,  Wisconsin and Arkansas) in addition to their Accurate Brazing facilities in South Carolina and New Hampshire and their partnership in Ionic Technologies in South Carolina.

-Advanced Heat Treat Corp. https://www.ahtcorp.com/We have a real fondness for Advanced Heat Treat Corp., based in Waterloo, Iowa. The company was founded by Gary Sharp a number of years ago based upon his vision of Plasma (Ion) Nitriding. Since that time the company has grown to include most processes, but Gary is still the man most responsible for making Plasma nitriding a mainstream process in North America.

-Nitrex http://www.nitrex.com/heat-treating-services/If Advanced Heat Treat Corp. (in the #10 position) was built on Plasma Nitriding, Nitrex was built on gas nitriding. No other company in the world has done more to develop and promote this very impressive technology.

-ThermTech Inc. https://www.thermtech.net/It is quite unusual in our experience to see a single shop location make our list of the largest commercial heat treaters in North America but such is the case with family owned ThermTech in Waukesha, Wisconsin.

-Rex https://www.rexht.com/In the Eastern USA family owned Rex heat treat has been a major player for as long as we can remember. While we say the eastern US the company also has a large operation in Alabama. 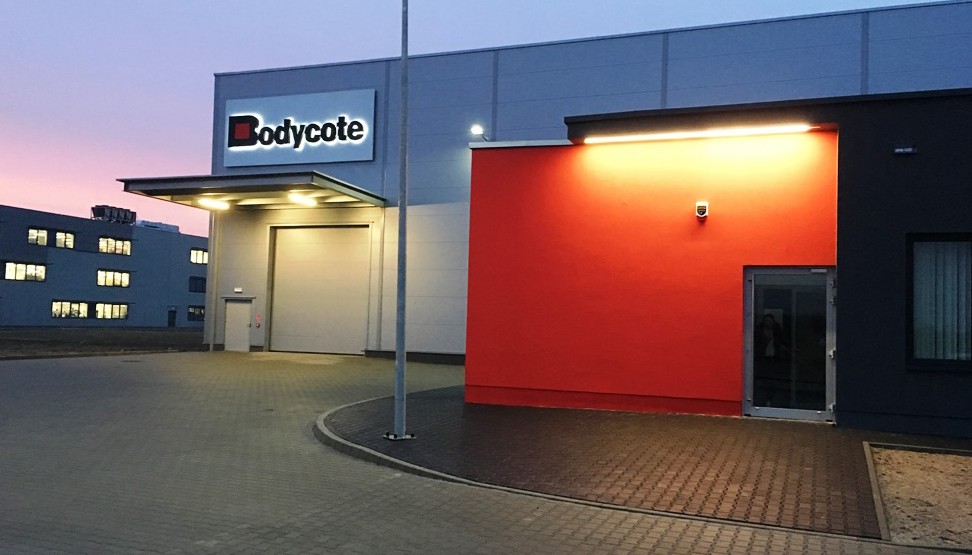