While we have absolutely no hard data to back this up our impression has always been that the majority of fires in heat treat departments start in furnace ducting-such was the case at captive heat treater Acument Global in Michigan, USA this past week; “First responders were sent to a fire at Acument Global Technologies, located at 4160 E. Baldwin Road in Grand Blanc Township. Crews arrived on the scene early Tuesday morning, Aug. 20. Police on the scene said one of the ventilation stacks caught fire, however, its fire suppression system did activate. Employees were evacuated out of the building.” 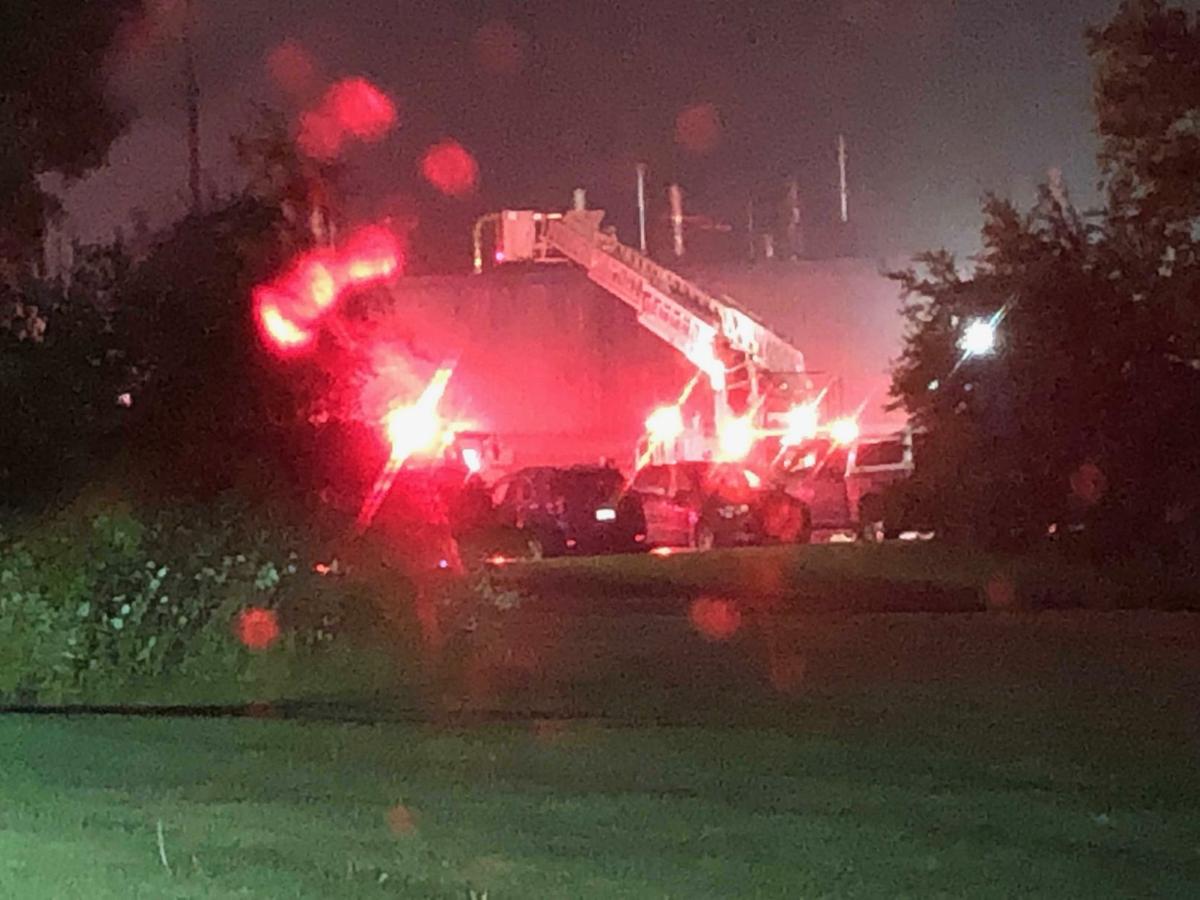 Well if you didn’t believe us about most fires starting in ducting, this might convince you: “No one was injured in a fire that happened at 11:34 a.m. Friday atStyberg Engineering in Racine, WI, USA. The fire started from heat treat processing in the northeast corner of the building, according to a press release by the Racine Fire Department. Fire and rescue crews responded to a report of a “fire in a pipe.” When they arrived on the scene, employees directed them to the fire. They had managed to keep the fire in the heat treat ventilation system and evacuated the area. Firefighters inspected and extinguished the remaining fire on the roof. This shut down the system until the company can make repairs.” 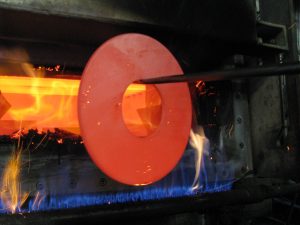 If you still need convincing here are two more examples, both were also last week.  Michigan Metal Coating we are not familiar with but ALD we know quite well as one of the most impressive commercial shops we have visited and also one of the largest in North America (https://themonty.com/largest-commercial-heat-treats/). “Local firefighters responded to two fires simultaneously Wednesday night in the Port Huron Industrial Park, but Port Huron Fire Chief Corey Nicholson said they’re likely unrelated. Sometime around 6:15 p.m., Nicholson said Port Huron firefighters responded to what was initially an alarm for a general smoke investigation at Michigan Metal Coating, 2015 Dove St. when crews soon noticed a fire nearby at ALD Thermal Treatment, 2656 24th St. By 7:30 p.m., both fires were out. A Port Huron firefighter showing signs of heat exhaustion was transported to McLaren Port Huron for evaluation, Nicholson said. Nicholson said they believe the ALD incident was caused by the failure of a component in an exhaust unit, spurring some component and roofing material to catch fire. That scene wrapped up shortly after 6:30 p.m. The other fire at Michigan Metal Coating, he said, is believed to have been caused by the build up of manufacturer by-product in the facility’s ductwork.”

HK2019-75 the big German heat treat exhibition in Cologne, Germany is rapidly approaching (October 22-24th to be exact) and it looks to be almost sold out for exhibitors as you can see on this floorplan;  https://www.hk-awt.de/hallenplan-hk-2019/ By the way if you look at the list of exhibitors you will find that the majority are European suppliers with a growing presence of Asian and North American companies.  Furnace manufacturer Ipsen in Rockford, IL must be doing well these days-every time we turn around we hear about another new hire. The most recent is a fellow by the name of Phil Teeter who just joined the company as Electrical Solutions Manager which we believe is basically technical sales. Interestingly enough while Phil appears to have a lot of experience it also appears that he is new to the heat treating industry. Speaking of Ipsen it looks like a fellow by the name of Akihiro Horita recently was promoted to Product Marketing Manager for the company.

WG Montgomery Ltd., (The Monty) has now been involved in the worldwide heat treating industry for exactly 50 years and over this period we have accumulated a substantial number of photographs of various heat treats around the world-we always need to remind ourselves to share them. This photo actually has a very tragic story behind it. It was taken in Venezuela back in 2006 and in the background you can clearly see a 6 bar vacuum furnace. This furnace was moved to another location and reinstalled, however 1 year later something caused the pressure in the furnace to build up blowing the door off the front of the furnace and killing two people. It was a terrible tragedy and it demonstrates yet again that safety always has to be front and centre in the heat treatment industry. 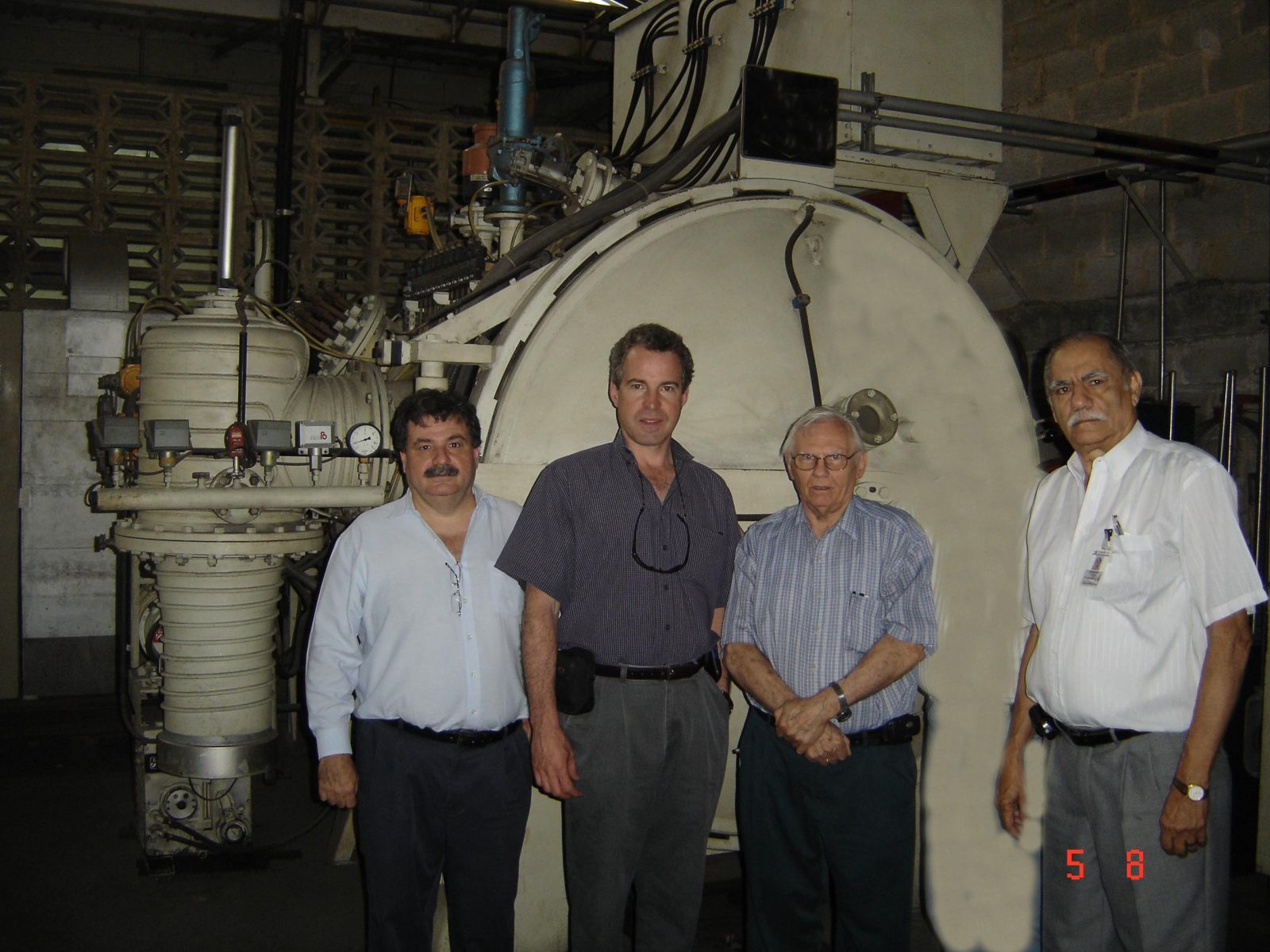 And to round things out we have this photo which we took 2 years back in Johannesburg, South Africa. What you are looking at is Harchris Heat Treatment one of the largest commercial heat treaters in the country, processing what is for them a fairly typical part. And that concludes our Monday Morning Briefing for August 26, 2019. 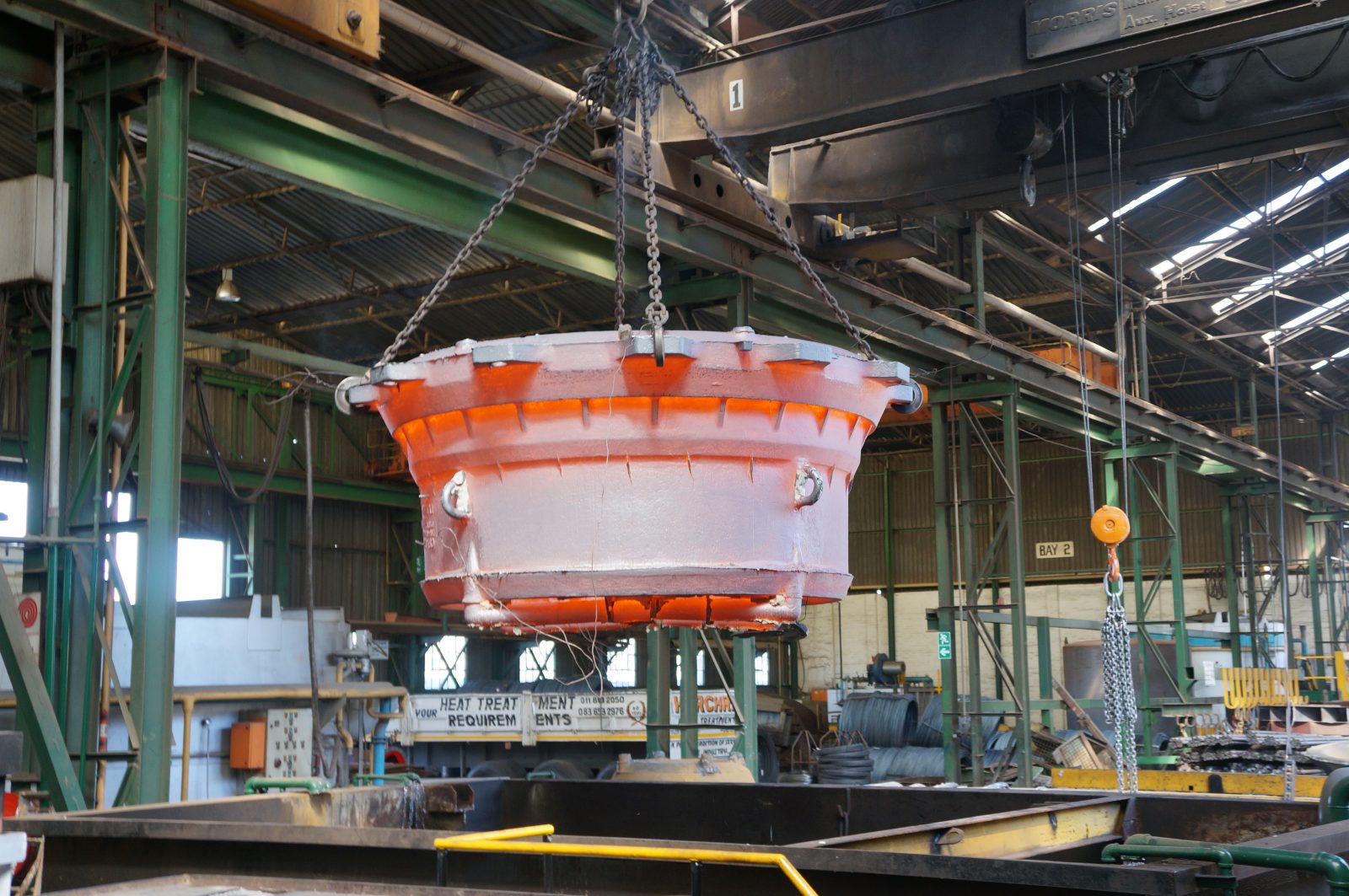