We start off in the USA with commercial heat treater Paulo Products;  Paulo is excited to announce the addition of Jack Horrigan as Quality Assurance Manager at the Cleveland Division.  Jack replaces Noel Brady who is moving to a Corporate Metallurgy role. Noel will still be based at the Cleveland plant, but provide metallurgical support across Paulo, specifically for nickel based super alloys and Titanium. Jack joins Paulo with over 20 years in Quality roles primarily in the Titanium and special metals world. Jack will lead the Quality team at the Cleveland facility where thousands of critical Aerospace components are processed daily. After 8 years as Quality Assurance Manager Noel Brady is transitioning to a Metallurgy role where he will, along with the rest of the Corporate Metallurgical Engineering team, support all Paulo plants.  His role will include process improvement, failure analysis, internal training, and customer support. 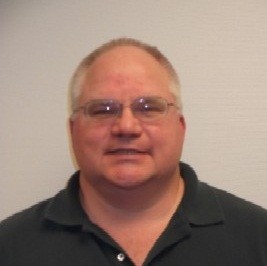 Advanced Heat Treat Corp based in Waterloo, Iowa and with 4 facilities in the US sent us this press release about recent promotions. AHT is one of the largest commercial heat treaters in North America and the largest when it comes to Plasma (Ion) Nitriding. “TOM HINGTGEN, KODY KOTTKE and JOEL OLTROGGE have been promoted at Advanced Heat Treat Corp. (“AHT). Hingtgen was promoted to senior project specialist. He has been with the company since 1989. Kottke and Oltrogge have both been promoted to production supervisors. Kottke has been with AHT since 2003, and Oltrogge has been with AHT since 1999.” Down in Texas there continues to be “issues” between commercial heat treater National Heat Treat and Worldwide Heat Treat both based in Texas. These issues seem to involve lots of lawyers which is always a shame. Tempel Steel recently added a roller hearth annealing furnace at their facility in Burlington, Ontario, Canada. Tempel manufacturers motor laminations at several locations around the world and are darn good at what they do.

Paul Blackhard has retired from auto parts supplier TRW (now ZF) in Lebanon, TN, USA where he was involved in the heat treating department. This location had a large in house heat treating department (maybe still has some) consisting of batch IQ furnaces which was closed down a few years ago. Last we heard the furnace were still sitting there due to environmental issues. Commercial heat treater Hauk in the UK has added a couple of people.; “As part of its growth strategy, Hauck Heat Treatment has added two new Graduate Technical Sales Engineers to its team. The pair, pictured below, will support an increasingly active sales and customer communications drive across the six Hauck Heat Treatment plants in the UK. Linita Ramgi (right) graduated with a BEng in Industrial Engineering and Management at the Instituto Superior Técnico in Lisbon, Portugal, after which she gained an MSc in Aerospace Engineering at Coventry University.  Siraj Hussain graduated from the University of Bradford with a BEng in Chemical Engineering. Both appointments compliment a wider, ongoing workforce development and investment strategy in support of the commitment to service and belief in the Companies’ motto –  “Our knowledge is Your strength”.” 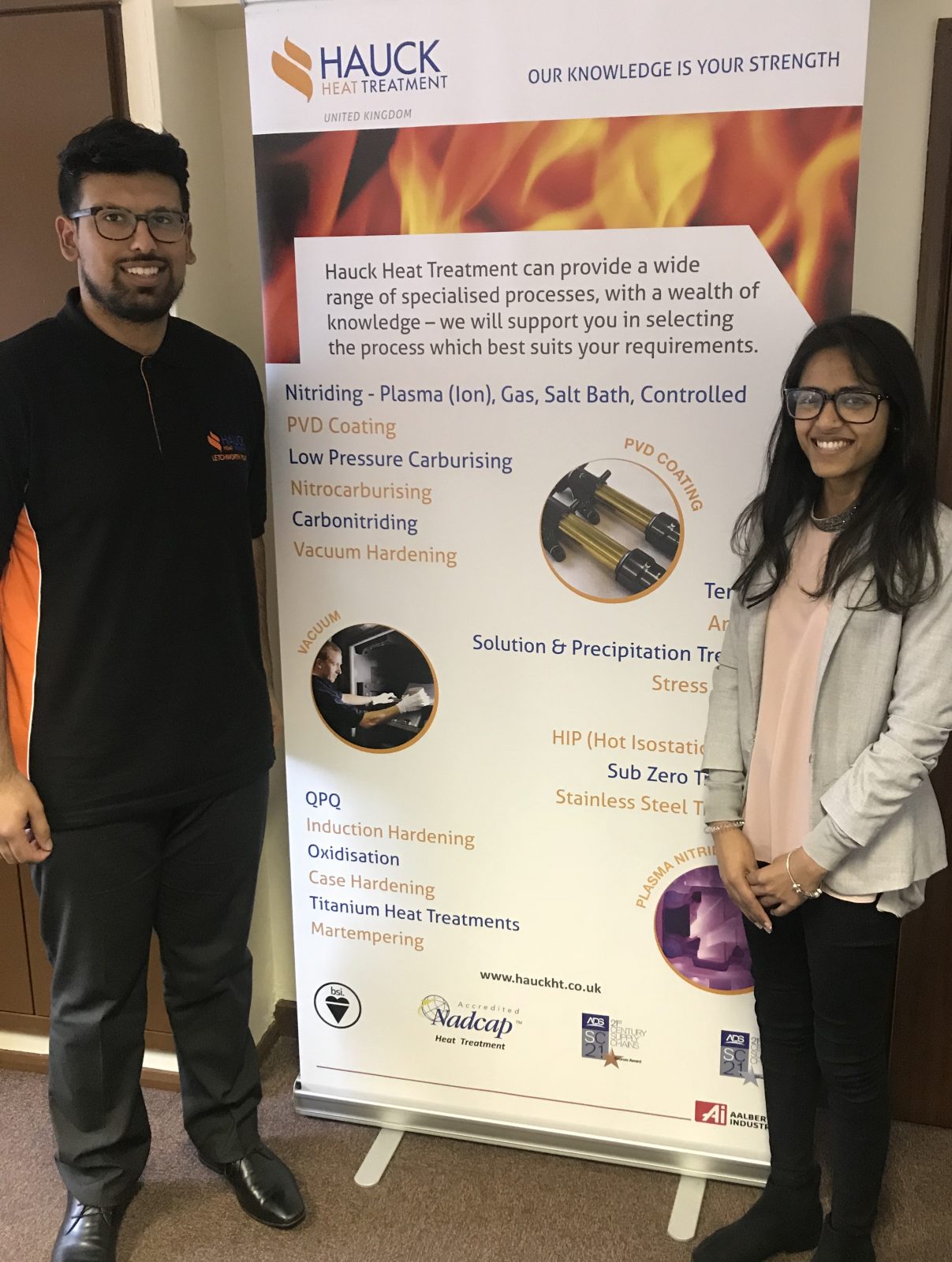 Moving to Italy we see that furnace builder Meapforni has a fairly full shop with a rotary hearth, continuous and a vacuum furnace all on the floor in various stages of construction. 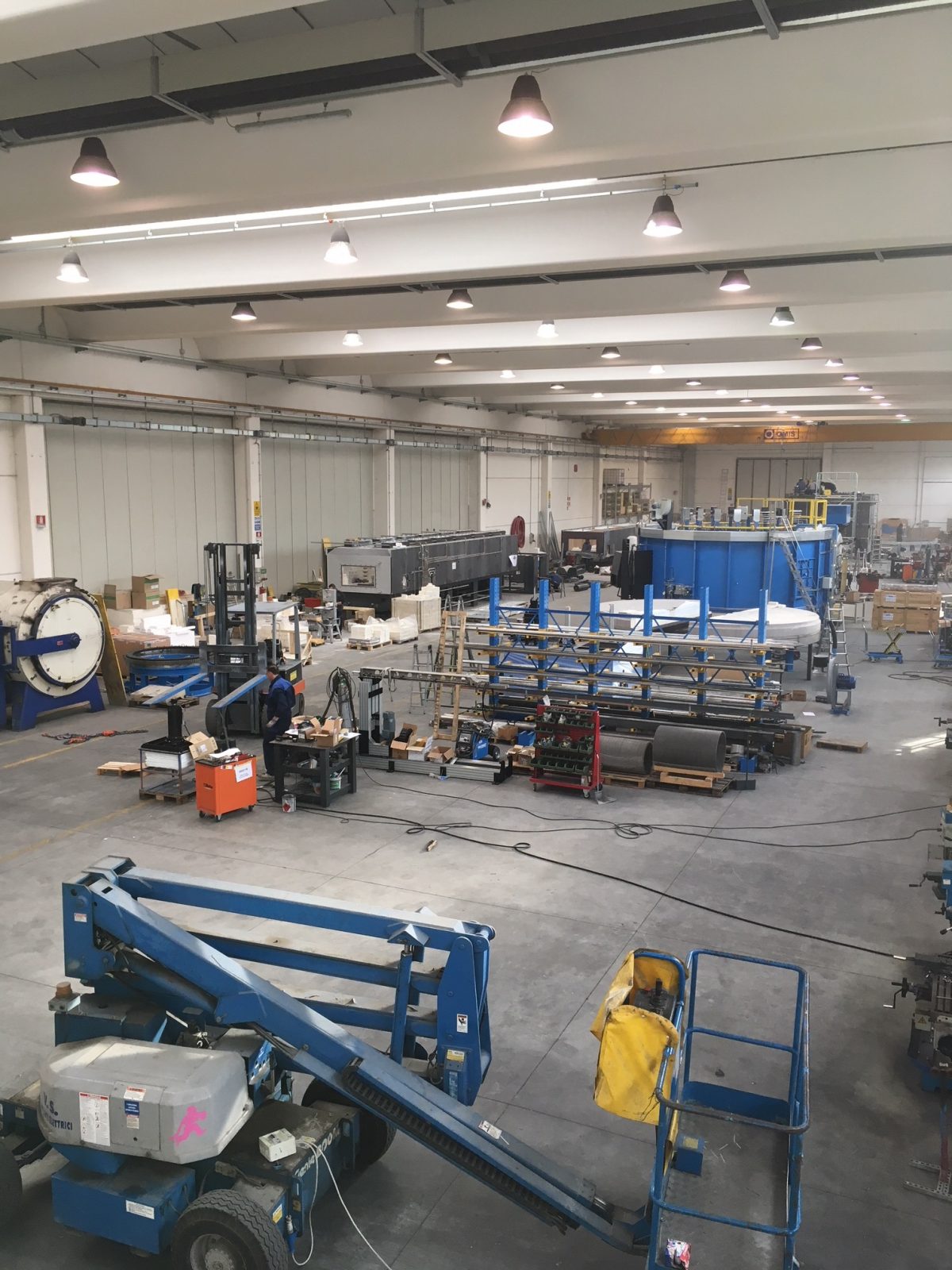 Italian Furnace Builder IVR wants to brag about a Sealed Quench (batch IQ) Line they just installed. This is a completely automated line and the end customer is a French manufacturer of auto parts who installed the equipment in their plant in Italy. 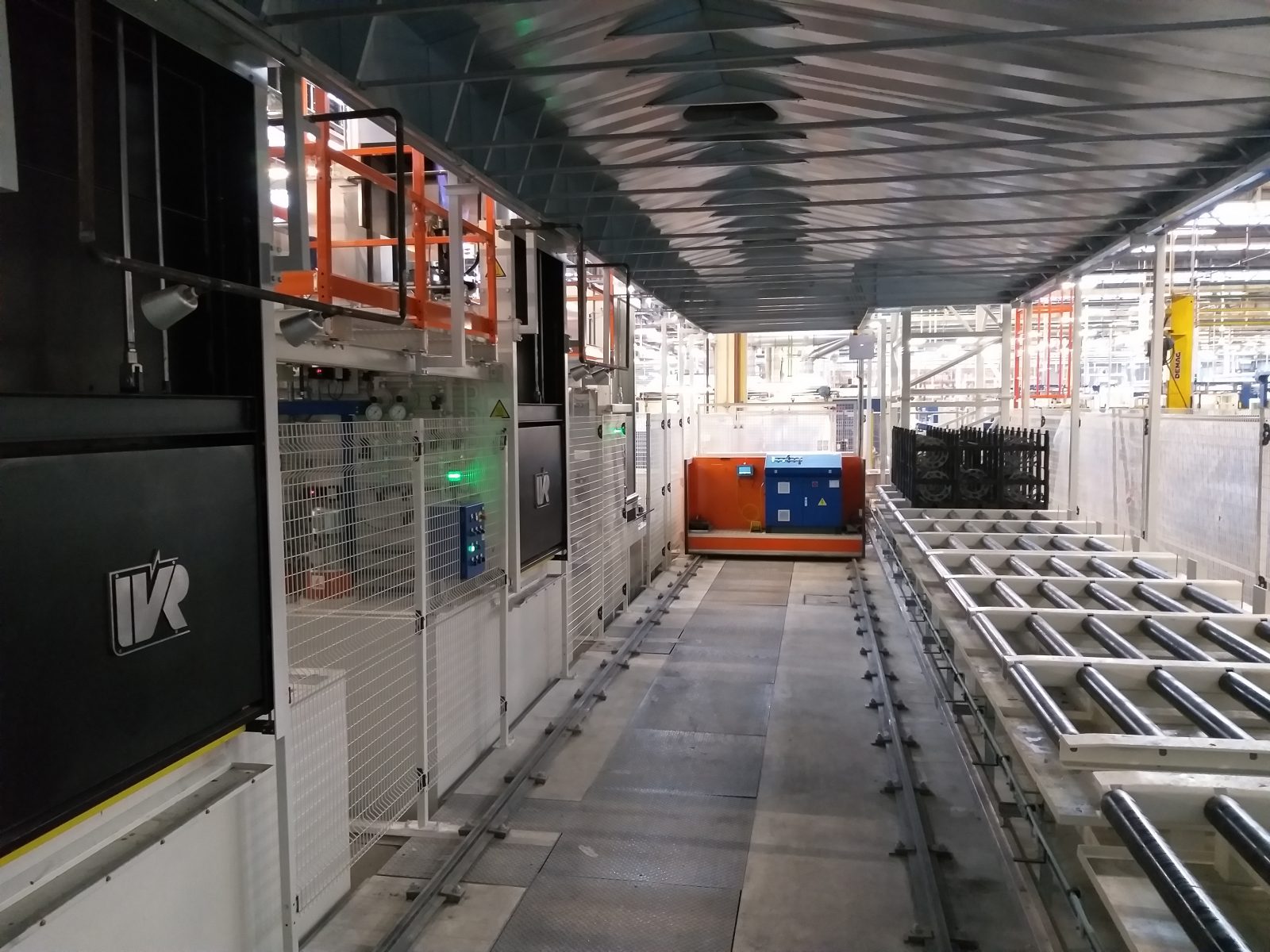