Three weeks ago we visited a commercial heat treater in German by the name of HÄNDLE Härterei GmbH which proved to be a very interesting visit because of the size of the company and the investments the company has been making recently. These are the details and you will note that at the time we promised more details in the future, well the future is today.

“October 2018. HÄNDLE Härterei GmbH, Tubingen, Germany; So you show up at commercial heat treater HÄNDLE in Tubingen (Southern Germany) and you see a nice, neat clean, modest heat treat. Then you go to the second building across the street, then the third and then the fourth and by the end of the tour you stand there and say “this place is a lot bigger than I thought”-at least that’s what we said. Founded roughly 50 years ago this is a large, full service heat treat which back in April was sold to Halex Group based in Aldenhoven (Halex as it turns out is a group of 8 commercial heat treaters which makes them one of the larger HT groups in Europe, more on them later).

Since the acquisition in 2016 the HALEX Group has continued to invest into Händle, starting from production capacities, employees, as well as the building & its infrasturture.  The overall investment is since the acquisition is in access of € 3 million.. For instance have a look at the Ipsen Sealed Quench line in the one photo. There is a total of 6 furnaces in the line, the one you see in the front is only 1 year old and there is another furnace on the way. The induction department is quite new and very impressive, nitriding capacity is fairly new and there are plans to expand that department also-it would appear that every department in the company is growing. It always brings joy to our heart to see heat treaters investing and growing.”

What we didn’t know prior to this visit was that HÄNDLE Härterei was bought by a small conglomerate by the name of Halex Group in April of 2016 and that the group now owns a total of 8 commercial heat treats making them one of the larger commercial heat treaters in Europe and substantial even on the global scene. The various locations are in Germany (4), Netherlands (1), Italy (2) and Romania (1) https://www.halex-group.de/V1/index.php/en/

We have always considered, Bodycote, Hauck, SHU and Hanomag to be the “big boys” on the block when it comes to commercial heat treating in Europe but perhaps Halex should be added to this illustrious group. 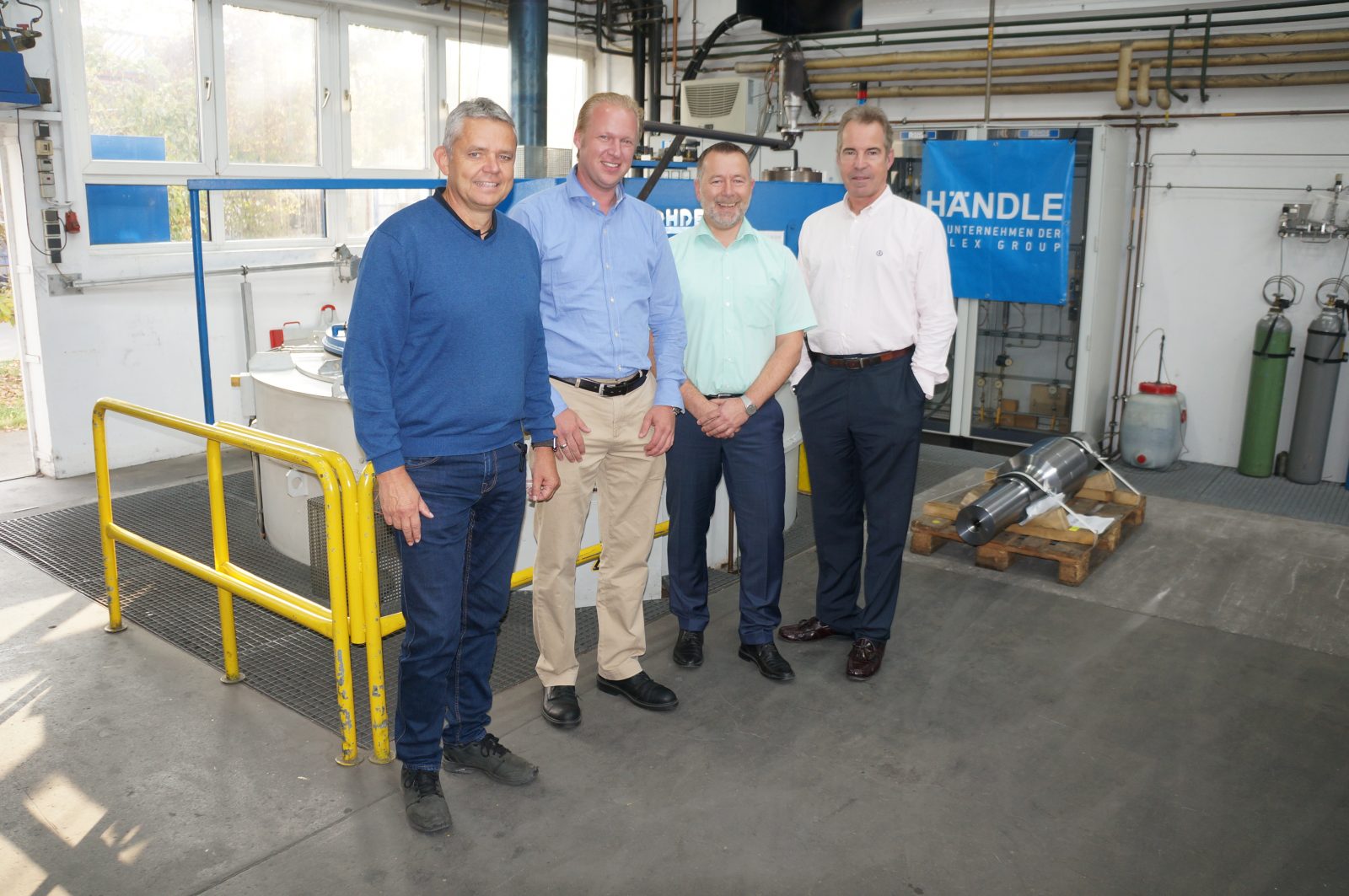