For 20 years now “The Monty” has been printing news stories about the worldwide heat treating industry. Some of these items are posted and forgotten which is a shame-our opinion is that it is always fun to look back and see how the story continued, such is the case today. Back in September of 2016 we had a very interesting news item about Japanese heat treating giant Dowa setting up a new facility in Mexico (our original story is further down). So did their plans go as predicted? Pretty much as it turns out. Production started in July 2017 and currently the plant has 2 gas soft Nitriding systems, 2 carburizing furnaces, 3 vacuum furnaces and one TD process furnace for surface treatment of molds which is all in line with predictions made back in 2016. As we all know the Mexican heat treating market is a very healthy one and the San Luis area is growing as fast or faster than any other area of the country when it comes to heat treating.

September 2016 News Item; “DOWA Thermotech Mexico. One of the biggest of the big when it comes to commercial heat treating and furnace building is DOWA of Japan. We have written extensively about the company and their abilities over the years so we won’t dwell on it today, rather we will tell you about their newest project which is coming along nicely. In April of 2015 DOWA Thermotech Mexico S.A de C.V. was established in San Luis Potosi, Mexico with a working capital of $5 million USD and a mandate to serve the heat treating needs of auto parts makers in Mexico with a focus on Japanese companies. Construction of the plant started in September of 2015, with plant completion in August of this year with equipment being installed September of 2016. All of this with an eye on a production start up of April 2017-which seems to be right on schedule. Currently the plant has 2 vacuum annealing furnaces installed, 1 soft nitriding unit,2 gas nitriding systems and one TD process line. Future plants will see a total of 4 vacuum annealing furnaces, 6 nitriding systems, 1 TD line 3 carburizing furnaces, 4 vacuums and 2 tempers all of which will make for a very substantial heat treater. This by the way marks the first foray into the North American commercial heat treating market in North America.” 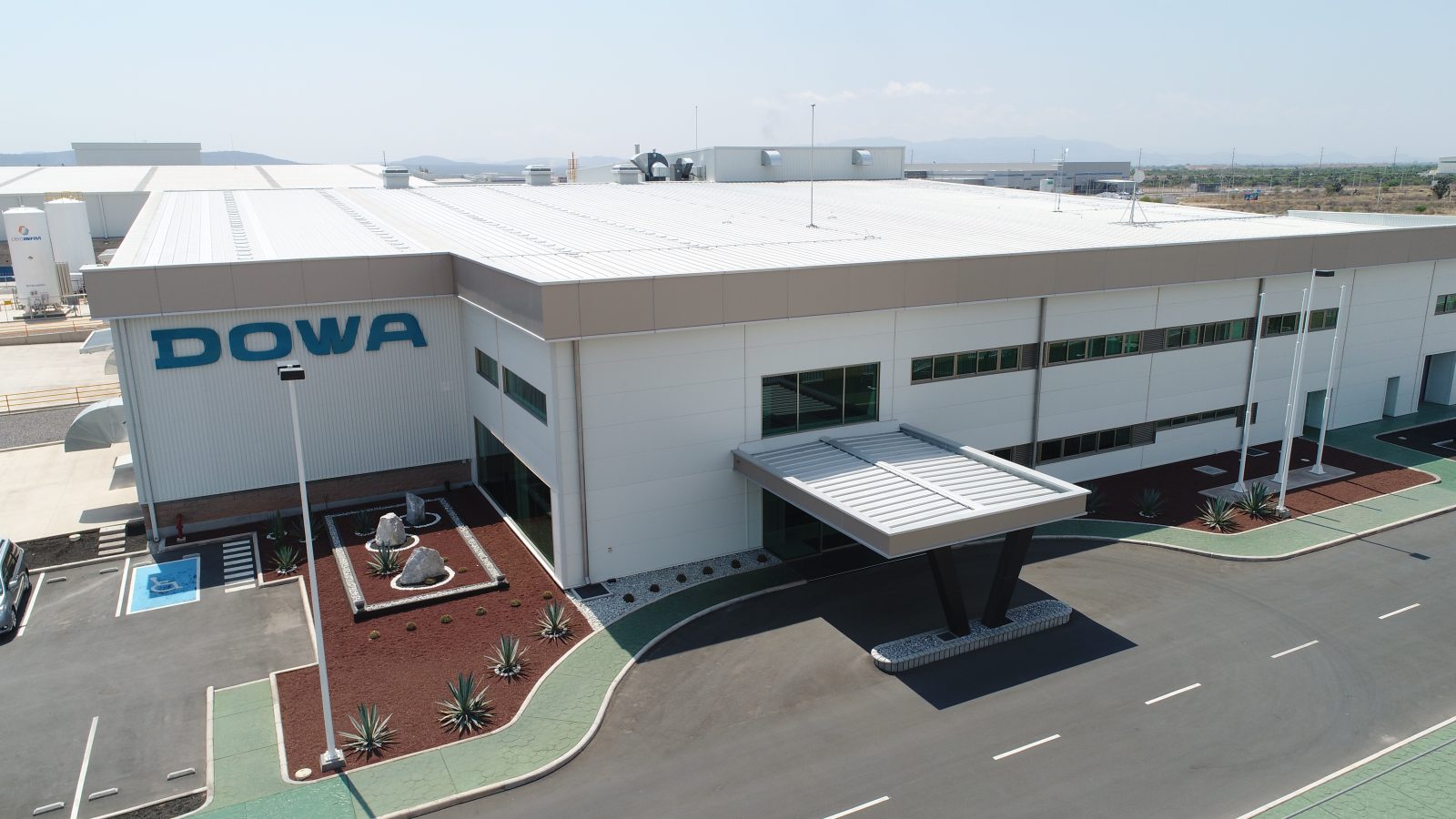