Recently we had a news item about auto parts supplier ZF Friedrichshafen making a major investment in their Gray Court, South Carolina facility. In that news item we speculated about whether this investment would include expanding their existing heat treat department which features a number of vacuum carburizing systems. The company reached out to us to say that no, there will be no expansion of their heat treat department. In a very polite e-mail ZF stated that while they appreciated “The Monty” publishing the original press release, it had generated so much attention that their engineers were being overwhelmed and could we make it clear that no more furnaces are being added. We are happy to oblige.

Germany’s ZF Friedrichshafen said it will invest $200 million to build another production line at its commercial vehicle transmission plant in Gray Court, S.C. The new line is expected to begin production in 2023. More than 500 jobs will be created, the company said. The supplier on Thursday said it plans to expand production of the PowerLine, an eight-speed automatic transmission for medium-duty commercial trucks, heavy pickups and buses.

The plant opened in 2012 and became a hub for ZF’s work in large-scale transmission production, including eight- and nine-speed automatic transmissions. “As a result, we’ve been expanding our manufacturing footprint since our grand opening,” said Ashley Van Horn, a ZF spokeswoman. Multiple North American customers have signed contracts with ZF for transmissions built at Gray Court. Van Horn said she could not disclose which automakers signed contracts. Beyond use in trucks and buses, PowerLine is “prepared for mild hybrid and plug-in variants” because it has a modular design, Christian Feldhaus, director of ZF’s commercial vehicle driveline technology unit in North America, said in the company’s announcement.” 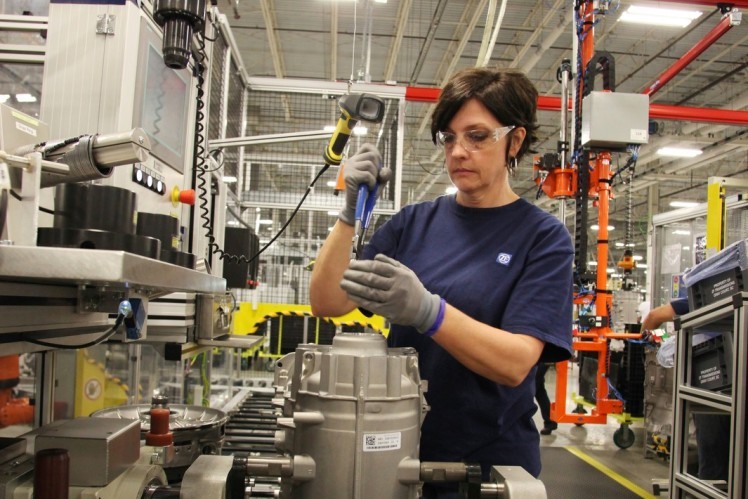