With great sorrow we announce the death of Dr. Ing. Klaus Hemsath 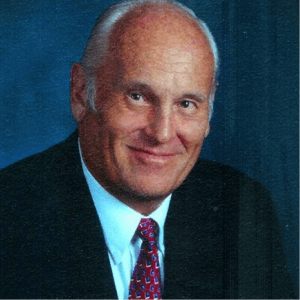 With great sorrow we announce the death of Dr. Ing. Klaus Hemsath. With joy we celebrate in the life of Klaus Hemsath. Born 1/30/35, in Muenster, Germany, he was preceded in death by father Heinrich Hemsath (Labor and Social Minister from the State of Hessen, Germany) and mother Ilse Hemsath (born Moehle ). He is survived by his beloved wife of over 62 years, Edeltraud, brother Rolf (in Germany) and sister Edith, Sons Randolph (Debra), Mark (Amelia), and Dirk (Emily), grandchildren Devan, Marisa, Dylan, Della and Henry, great granddaughter Cambria.

Klaus and his family emigrated to the United States in 1967 to work for Surface Combustion/Midland Ross in Toledo, Ohio. He worked there in various positions, including Director of Research and Vice President/General Manager, Thermal Systems Technical Center of Midland-Ross Corporation.

He received his Doctorate in Chemical Engineering (Dr. Ing) from University of Stuttgart, Germany, after graduating from the prestigious Technical University Berlin and then receiving a position in The Netherlands at the International Flame Research Foundation. He holds approximately 60+ US Patents and has a long life of inventions, forming and growing companies, and guiding engineers.

He founded Indugas, Inc. in 1985, in Toledo, to consult with the gas industry in order to develop novel natural gas equipment, such as various heat treat furnaces, low pollution burners, and a mineral wool rock melter. In addition to Indugas, he founded or acquired Lee Wilson Engineering, a steel furnaces company, Thermotech Industries (furnaces) and Climatron (a novel heat pump start up company). He loved Opera and was involved with The Toledo Opera for many years on its board.

In his retirement years he focused on Climate Change and has written 4 books on the subject, with another manuscript in the works. He was relentless in using his knowledge, training, and talents in trying to help mankind. In the last months he was convinced he had the solution to Global Warming and was working on four provisional patents at his passing.

His one passion was sailing and boating. He owned, for three decades, a 41’ Formosa-built Ketch, Escapade, which he and his family enjoyed on the Great Lakes. Today, his sons are all active boaters. He was a long time member of North Cape Yacht Club in LaSalle Michigan and Bradenton Yacht Club, Florida.

Klaus grew up in World War II Germany. On the eve of his birth in 1935, a small group of men met to discuss how to keep Adolf Hitler from continuing his rise to power in Germany. During that meeting, Heinrich Hemsath, one of main organizers of the underground resistance, was called away as his wife was about to give birth to his first son. That night, Klaus Heinrich Hemsath was born. The next day the other men had disappeared never to be seen again. The birth of Klaus had saved the life of his father.

Beginning in 1933 when his father was elected to local parliament, his father had been an avid and vocal opponent of Hitler, and was arrested and assaulted many times. After the war he was instrumental in the rebuilding, alongside the Allies, the city of Muenster, Germany’s oldest Catholic city, to what it is today.

One of Klaus’ favorite stories he told was when the war ended, in 1945, (he was 10) and the British and Americans were marching into Muenster, Germany. Armed with a weapon left by the fleeing German army, little Klaus went to confront them coming over the hill in their Jeeps. Fortunately, the soldiers were bearing cigarettes and chocolates and he thought for this reason they could not be all that bad!

We rejoice in Klaus’ full life, his accomplishments, and his love for life and his family, and his life-long pursuit of knowledge. We can report that he fought until the end, wanting to stay longer to continue to help the world.