Why Would Anybody Run a Nitrogen/Methanol System?

September 23 of this year we ran an article entitled “Why Would Anybody Run a Nitrogen/Methanol System?” https://themonty.com/why-would-anybody-run-a-nitrogen-methanol-system/ the basis of the article was that Endothermic generator produce an atmosphere similar to a Nitrogen/Methanol system but at a fraction of the cost. The article prompted a number of responses which can still be found on our website.

Jim Senne of MetalPro Resources LLC., a manufacturers rep firm in Ohio has looked at this from a slightly different angle in that he is suggesting the relative costs would not be quite as lopsided if the Nitrogen in a Nitrogen/Methanol system was generated on site. One such company which generates their own nitrogen on site is commercial heat treater ETSA, Mexico’s second largest commercial heat treater. In their case they are generating the nitrogen for their vacuum heat treating department but for the same reason as Jim points out here-cost savings.

“Hi Gord, Your recent post in the Monty about N2/Methanol vs. endo generated gas was quite interesting and got some really good feedback.  Your comment about the cost per hour difference, where N2/methanol is 3-4 times more expensive seems about right.  Your example calculation has it at 3.5 time the cost of endo generated atmosphere.  With such a cost difference, clearly those who are using N2/methanol are doing so for a really good reason in order to justify such a premium.

What was not addressed in the article or any of the follow up comments is that the cost of the nitrogen component can be drastically reduced by using PSA generated N2 instead of bulk liquid N2.  Your example calculation used $0.70 per CCF for the N2 cost from a bulk liquid source.  With PSA generated N2 at the same purity as bulk liquid (about 99.998%) your N2 cost goes from $0.70 per CCF to $0.126 per CCF, reducing the overall cost of the 4500 SCFH N2/methanol atmosphere by about $10 per hour, a significant savings!  South-Tek Systems have many PSA installations in the heat treating industry and their N2Gen systems have proven to be super reliable and the ROI’s are very attractive.  In this case, the ROI on a machine capable of making 2000 SCFH at 99.998% purity is about 1.3 years.  That’s an investment everyone using N2/methanol atmosphere should consider.” 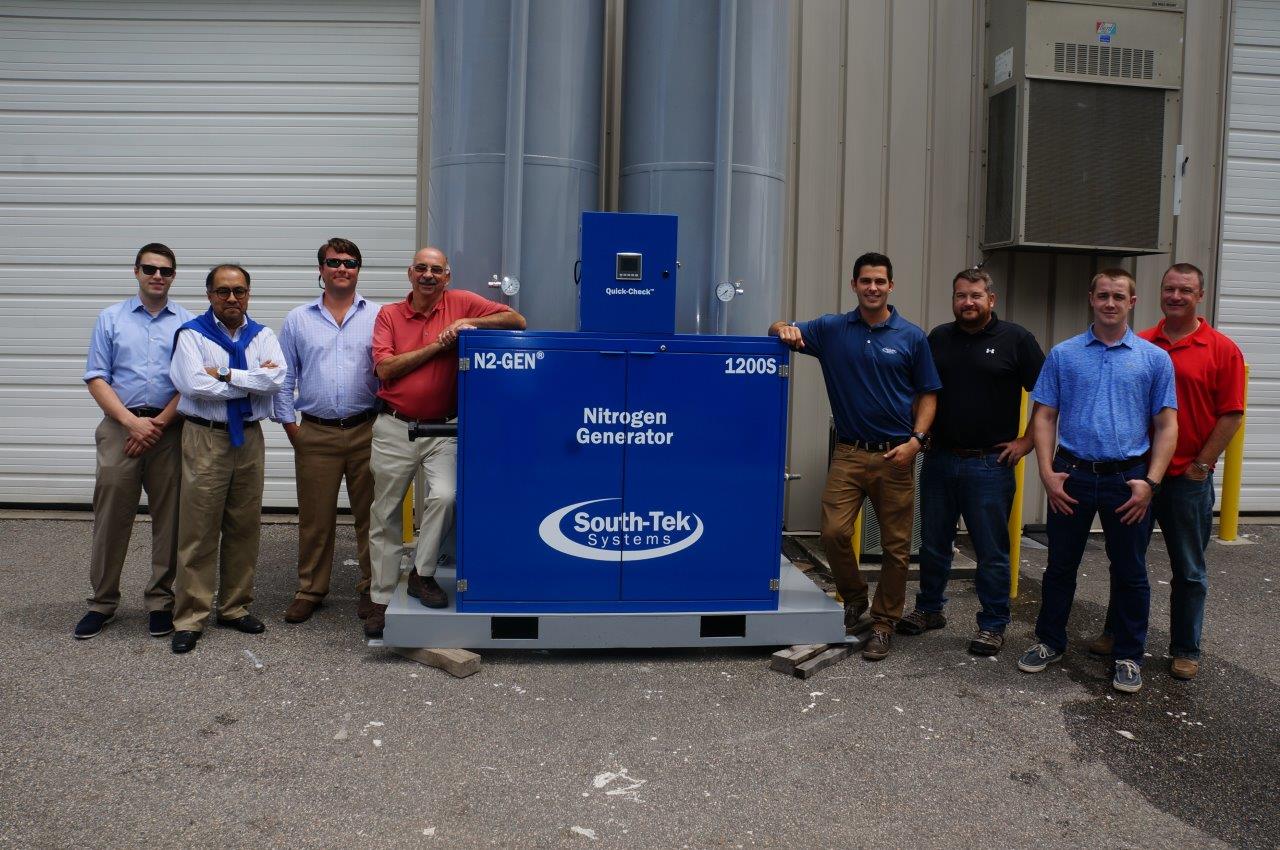