Where Are They Now-Ross Hill

Ross does not come from a heat treating background rather an automotive background working with companies such as Magna  International. However a few years back he took over the GM position at the Bodycote facility in Newmarket, Ontario, Canada (which closed about a year ago) and did a very competent job running the plant until it was closed. Subsequent to that he worked at commercial heat treater Atlantic Heat Treat in Ajax, Ontario up until about a year ago when we lost track of him. We can now say that he has left the heat treat industry and is now Vice President and General Manager at Unilux VFC Whitby, Ontario, Canada. We would consider this a loss to the industry. The photo below shows from the left; Gord Montgomery, Jordan Montgomery, Jon Mathews (owner Atlantic HT) and Ross Hill. 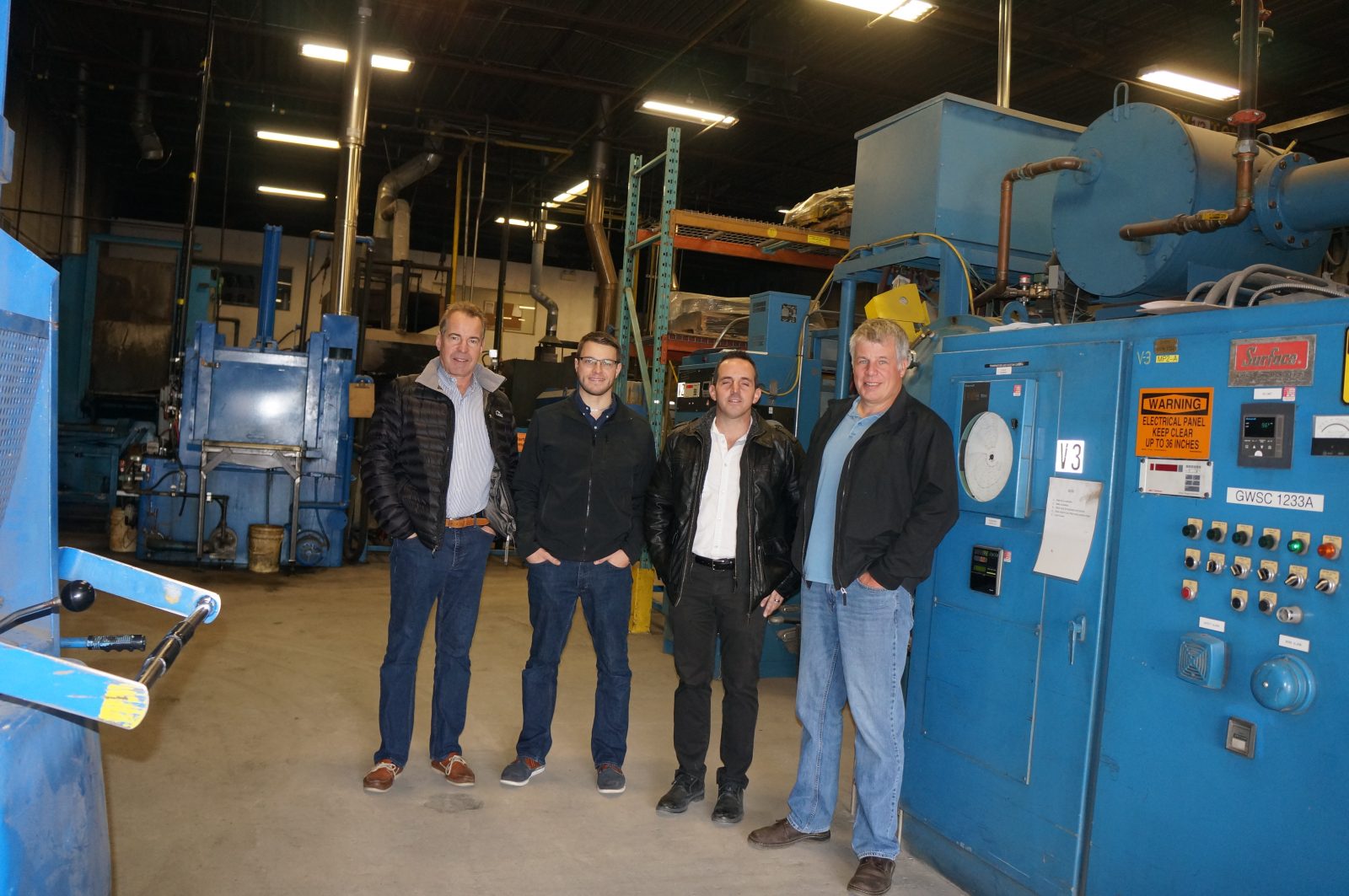