To start off the week of March 28, 2022 “The Monty Heat Treat News” is reporting that commercial heat treater Parker Trutec in Sevierville, TN, USA has just announced a major investment in a brand new facility and more heat treating capacity. Over the years we have had several press releases about the company, at least two of which can be found below. Parker Trutec has been named as one of the largest commercials in North America by “The Monty Heat Treat News”-find out how they compare in size at https://themonty.com/project/50-largest-north-american-commercial-heat-treats-2021-2/ As mentioned below the company is owned by a Japanese firm, Nihon Parkerizing and as is the case with many Japanese firms most of the furnaces were built in Japan. However having said that Parker Trutech is unusual in that in the past they have purchased equipment from US companies as mentioned below. 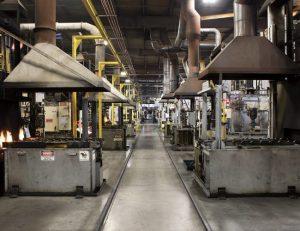 To meet growing customer demand for its products, Parker Trutec, which currently operates at 134 River Bend Drive in Sevierville, will construct a new 54,000-square-foot facility at the I-40 Industrial Park in Kodak. Parker Trutec’s Kodak site will specialize in surface treatment and cleaning operations for the automotive industry. The company also plans to dedicate 5,000 square feet of its new facility to warehousing and distribution. Founded in 1988, Parker Trutec, a subsidiary of Nihon Parkerizing Co., Ltd., strives to provide its customers with solutions to minimize or eliminate inherent metal limitations. The company currently employs roughly 500 people across its operations in Arkansas, Tennessee and Ohio.”

“As a local citizen working a lifetime in manufacturing, I’m truly grateful to have the opportunity to expand our operations in Sevier County. Our new facility, situated in the I-40 Industrial Park, will provide Parker Trutec with a strategic location to serve our customers throughout the southeastern U.S.” – Phil Whaley, president, Parker Trutec MMI, Inc.

“APRIL 17 202; Parker Trutec is a North American subsidiary of Nihon Parkerizing, a world leader in metal improvement technology. The Parker Trutec Group operates 6 facilities in the United States and Mexico which specialize in metal treatments and products that improve the resistance to wear, corrosion and fatigue of metal components. The company offers heat treating processes such as Gas Carburizing, Carbonitriding, Salt Batch Nitriding and Neutral hardening at two of it’s locations, Springfield, Ohio and Guanajuato, Mexico (note all processes are available at both locations). The Ohio location alone has over 20 furnaces. For more information: www.parkertrutec.com“

“OCTOBER 3 2019; Parker Trutec, Inc. $1.4 Million Expansion Completed. In Springfield, Ohio Parker Trutec just completed an expansion of their heat treatment facility. Parker Trutec is a subsidiary of Japan based Nihon Parkerizing one of the largest commercial heat treaters in Japan and like many Japanese companies largely services the Japanese automotive manufacturers located in North America. We searched through our archives and came up with this 2106 press release from the company which tells us how they were adding a fourth AFC-Holcroft batch IQ furnace. “MARCH 2016 PRESS RELEASE; Parker Trutec, Inc. in Springfield, Ohio has added a 4th UBQ 36-48-36 universal batch integral quench furnace to an existing line. This latest furnace will be equipped for carburizing, and will be made CQI-9 Compliant. The equipment is scheduled for installation in March of 2016. About Parker Trutec: Parker Trutec is a North American subsidiary of Nihon Parkerizing, a world leader in metal improvement technology. The Parker Trutec Group operates 6 facilities in the United States and Mexico which specialize in metal treatments and products that improve the resistance to wear, corrosion and fatigue of metal components. For more information: www.parkertrutec.com 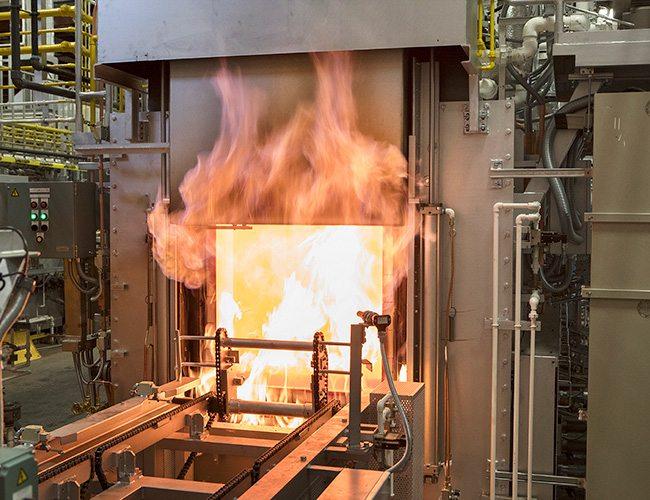