Thomas Dopler Moves Up the Ladder at Furnace Builder Aichelin 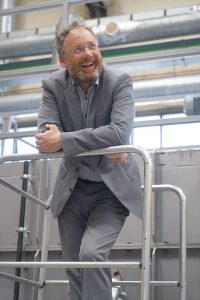 Thomas Dopler, who has been working within AICHELIN Group in many different functions for over 13 years, is the new Chief Technology Officer (CTO) of AICHELIN Holding GmbH. In this role, he is responsible for positioning AICHELIN Group as a technology partner of the industry to contribute to a further reduction of CO2 emissions in heat treatment.

In related news “The Monty Heat Treat News” mentioned in October of this year that Michael Reisner had been appointed Managing Director at Aichelin in Mödling, Austria which was the position which Thomas previously held.

“October 2021 Press Release; Michael Reisner Appointed Managing Director Aichelin, Mödling, Austria; Aichelin, one of the largest furnace builders in the world recently appointed Mr. Michael Reisner to be Managing Director of their manufacturing facility in Mödling, Austria. As a sales professional, Michael Reisner was most recently managing director of a refractory group and has been in contact with “hot” topics for years. Michael will be succeeding Mr. Thomas Dopler. In this capacity he will be on a par with Mr. Bill Disler who is CEO of the Aichelin facility in North America, AFC-Holcroft in Wixom, Michigan.”