Since 1999 “The Monty” has been publishing annually a list of the largest commercial heat treaters in North America based upon annual sales, our 2021 list can be found at https://themonty.com/project/50-largest-north-american-commercial-heat-treats-2021-2/ This year readers will see we became much more ambitious and expanded the list to the 50 largest. In our 45th spot we have Winston Heat Treating.

In 1959 Winston Heat Treating was formed to service the local tool & die market. Since then the company has always focused on moving forward with new technologies and in the 1970’s the firm became a real pioneer in vacuum hear treating which resulted in Winston becoming one of the first to achieve both ISO and NADCAP status. Like so many on this list this is a family owned business with David Reger acting as President and his father John remaining very active. We have watched Winston grow and more importantly invest and it is a fine example of a modern commercial heat treater. 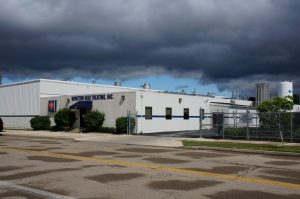