“Symmco Inc. in Sykesville, which designs and manufactures powdered metal components, was still operating as usual Monday despite an early morning fire, according to Sykesville Fire Chief Kevin Yamrick. At 5:07 a.m., employees at Symmco, located at 40 S. Park Ave., called in a report of smoke coming from the roof area above a furnace used to heat-treat materials, said Yamrick. Even though the fire was difficult to get to since there was a layer of insulation, a metal roof, another layer of insulation, and then a rubber roof, firefighters had the fire initially contained in about 40 minutes. Due to the high winds, sparks were blown to a couple of other adjoining roofs on another building but those were also extinguished quickly.” 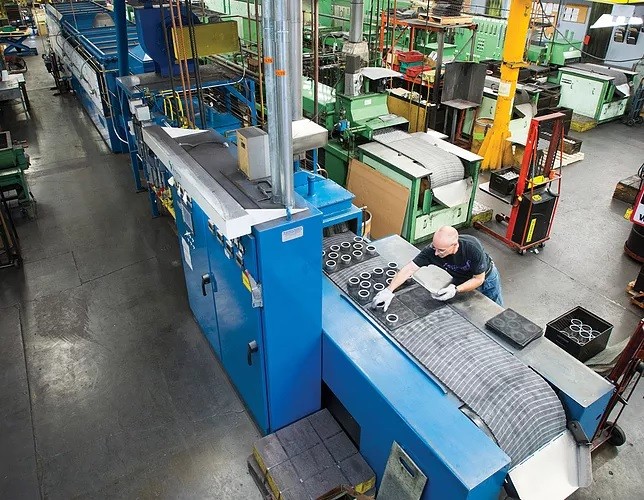