South-Tek is becoming a fairly well known name in the business of on site nitrogen generating systems for the heat treating industry making this a rather interesting news item.

“South-Tek Systems LLC, a leading designer and manufacturer of nitrogen generators for a diversified worldwide marketplace, will move into an existing 66,000-sq.-ft. building on US Highway 421 in Wilmington as part of an enhanced growth strategy that includes additional hiring and new products. Established in Wilmington in 1997, the company was privately held until its November 2018 acquisition by Pfingsten Partners LLC, a Chicago-based private equity group. South-Tek began quietly considering a move to larger space three years ago, according to Alan Norman, the company’s vice president of operations. “At that time, there wasn’t much space in Wilmington larger than 40,000 square-feet,” Norman says. With the acquisition by Pfingsten last year, the company stepped up its site search with a call to WBD. “In receiving additional resources for growth, we knew we needed to move,” he says. With its vast contacts in Greater Wilmington’s industrial real estate market, WBD had heard of an available building that could fit the company’s growing needs. “Scott [Satterfield] connected us with the right agent and got the ball rolling,” says Norman. The company hopes to relocate to its new facility next month, a move that will take its operations from 28,000 square-feet to 66,000 square-feet. “We’re expecting tremendous growth in the next five years – people, revenue, products, everything,” says Scott Bodemann, president of South-Tek Systems. A major wave of reinvestment in marketing, R&D and product development is behind the wave of growth. Thus far in 2019, for example, South-Tek has added 17 jobs to its workforce, bringing its headcount to 64. “In considering both office and manufacturing space, we’ve reached the maximum capacity of South-Tek’s current facility,” says Bodemann. “We are excited to transition into the larger building as it will increase our efficiencies as well as allow us to better plan for the future needs of our customers.” 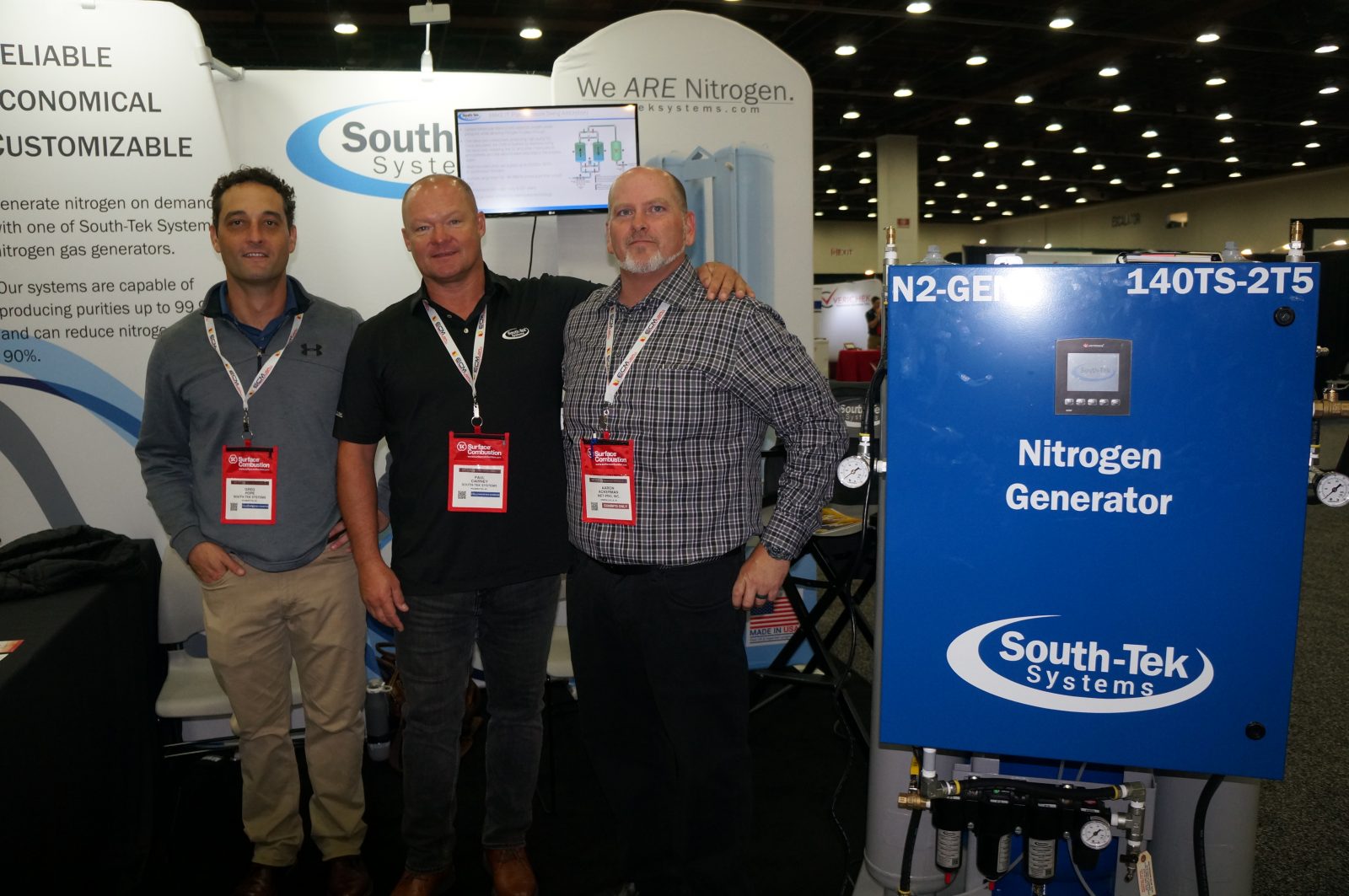 Greg Pope and Paul Cairney of South Tek along with Aaron Ackerman an established rep in the Michigan area.