Solar Atmospheres is one of the largest commercial heat treaters in North America. This rather interesting article appeared in a local newspaper “The Herald”. We say interesting because the article talks about how the company is handling the North American labor shortage and also how the company has grown over the years and how it continues to grow.

“HERMITAGE – Solar Atmospheres offers new employees a perk – on-the-job training – that has become unusual among industrial companies. Bob Hill, president of Solar Atmospheres, said the company is a throwback to a time in the area when steel mills boomed and teenagers could graduate from high school on a Friday and start a factory job the following Monday. Starting wages for workers are between $17 to $18 an hour plus benefits such as medical insurance and a 401(k) retirement plan. Potential employees should be, at minimum, high school graduates, Hill said. Solar Atmospheres needs workers who have basic math and reading skills, Hill said. The company will take care of most of the rest. “And they need to be dedicated, reliable, honest and hard-working,” he added.”We provide all of the training and teaching,” Hill said. “We have a full-time trainer for our new personnel.” The company offers true on-the-job training, he said, with more experienced employees serving as teachers and mentors. Further, it has created mockups of its equipment to teach workers in a low-stakes atmosphere. “They have dummy controls so you can push a button and nothing will be affected,” Hill said. That’s important, Hill said, because the company uses expensive vacuum heat-treating furnaces to prepare expensive materials for demanding consumers.

Solar Atmospheres provides metal heat-treating services for brazing-style adhesion, hardening and purification for a wide range of industries including the aerospace, automotive and defense industries. Its projects include proprietary work for the U.S. military, Hill said. The proof of Solar Atmospheres’ success is in its growth. It’s preparing for the fourth expansion at its Hermitage shop – the company also has facilities in Souderton, Montgomery County; Greenville, S.C.; and Fontana, Calif.Construction of the 16,000-square-foot expansion will begin in April and is expected to be complete this fall. The addition will give the company over 105,000 square feet under roof and add 10 employees to its existing 70, said Bob Hill, Solar’s president. “Initially, it will house our shipping and receiving and it will keep trucks there,” Hill said. “And I’m sure eventually we’ll be adding furnaces there.” Solar’s Hermitage plant has come a long way from its origins. The operation started out in 2001 with four employees housed inside 16,000 square feet. Located on 14 acres along Broadway Road in Hermitage, Solar Atmospheres has enjoyed steady growth. “We are very busy and we desperately need the space the addition will give us,”

Each of the previous expansions has added workers. What’s more, the expansions have brought in more equipment requiring specialized training. There’s good reason for Solar Atmospheres’ investments of time and money on its work force. The uses sophisticated furnaces to treat materials, mostly metals. Among the metals the plant treats is titanium, which doesn’t come cheap. A single batch of titanium heated in a furnace can easily top $1 million. The 48-inch vacuum furnace the company installed in 2016, which it touts as one of the world’s largest, cost $8 million. These treated metals are used in such areas as aerospace parts, medical equipment and military applications where rust could spell doom. The process of vacuum heating materials can remove impurities such as oils, dirt, or other meddlesome substances. “Some customers worry about the surface of their products,” Hill said. “They don’t want any discoloration in the finished product.”

Certain metal alloys can be strengthened by vacuum heating – which creates another business opportunity for Solar. The company recently added a lab at the Hermitage facility where metals can be tested for strength. Previously, customers had to conduct those tests themselves or outsource them. A big misconception is that strength and hardness are the same thing, Hill said. Strength is the ability for a material to handle loads. The more weight a material can handle, the higher its strength. Hardness is a material’s ability to resist being penetrated, dented or scratched. The Hermitage plant tests for both with laboratory equipment uses a diamond that is struck into a material – mostly metal. “If the diamond barely goes into a metal then it’s hard, if it goes in deep then it’s soft,” Hill said. Solar Atmosphere also tests for hardness by taking a sample of the metal is taken and pulling on it like taffy. Hardness is determined by the force it takes to pull the metal apart. Hill said the company is taking a hard look at adding other services in Hermitage. “We’re always looking for better ways to do things,” he said.” 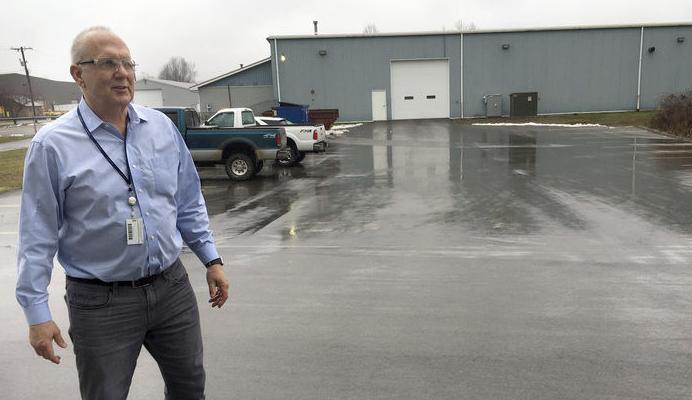