NASA’s unmanned Orion spacecraft launched successfully from Cape Canaveral at 1:47 am for a six-week test flight around the moon and back. This launch marks the first iteration of NASA’s moon-to-Mars Artemis 1 program. Each successive launch is designed to push the rocket through a series of rigorous tests before it is deemed reliable enough to carry astronauts to the moon and eventually on to Mars.

One of the most daunting aspects of launching a full spaceflight crew into space is deciding what to do if something goes wrong. The astronauts are essentially riding on top of a directed, controlled explosion for approximately nine minutes. For the 2014 Orion launch, NASA introduced the Launch Abort System (LAS). This large manifold housing made from 6AL-4V titanium is designed to rapidly propel astronauts away from the main rocket in case of a catastrophic explosion or any other unexpected event. Once fired, the LAS will accelerate the astronauts away from the main rocket at forces up to 10 to 15 times normal gravity (“G’s”). This critical part of the safety system was once again vacuum heat treated by Solar Atmospheres of Western PA for their most recent launch.

Michael Johnson, Sales Director stated “Before the mighty Artemis rocket left Earth’s atmosphere with 8.8 million pounds of thrust, many of the components and support hardware had already experienced a lunar-like atmosphere here in western Pennsylvania. Many of the titanium and Inconel components were processed well below 1×10-5 Torr throughout thermal processing. Although our crew here on Earth were wearing nitrile gloves, it’s overwhelming to know we had a hand in heat treating these critical parts.”

Solar Atmospheres of Western PA is very proud to contribute to the success of the Orion Artemis 1 Mission and all SLS programs. 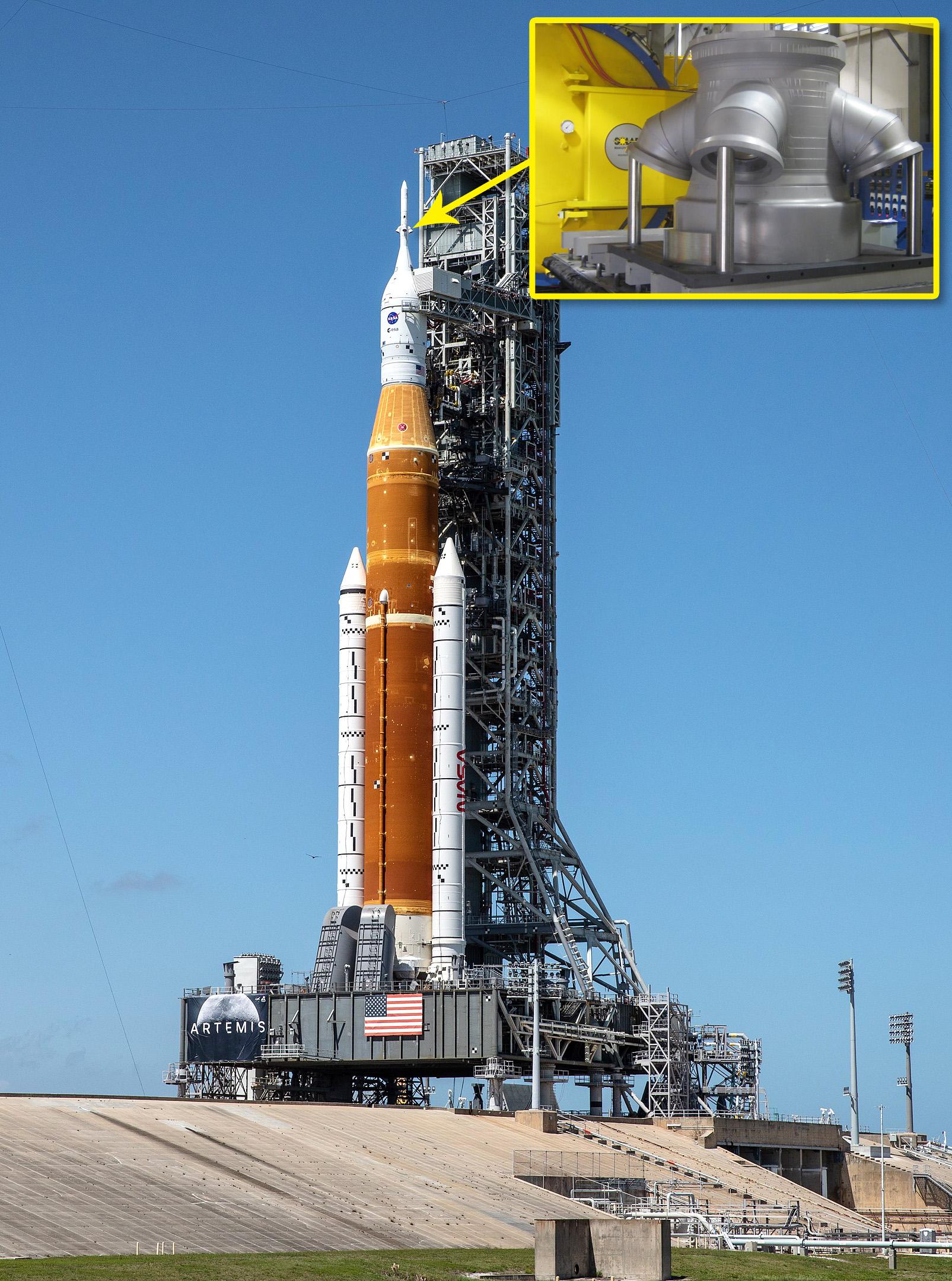