So How Are We Doing These Days? Automotive Heat Treating

Heat treating of automotive components is the largest heat treating segment in North America which means the health of the auto industry is vital for many captive and commercial heat treaters. The report below from Hilco Global provides a very optimistic report about the state of the industry these days and also points out the biggest issue the industry currently faces-a shortage of computer chips. The chip shortage has lead to several automotive assembly facilities in North America closing temporarily and the result is that a number of in house heat treaters have been forced to shut down furnaces until the shortfall is addressed. In the past couple of weeks we at “The Monty Heat Treat News” have spoken with several parts suppliers with in house heat treating departments and most are saying that at least for the short term their heat treat requirements have dropped. So while the industry remains very healthy, short term things are slower than most would like. The attached photo shows a typical automotive heat treat department, this particular one is Dana Cardenes, Mexico which we visited in 2020.

“January 18, 2021 – The seasonally adjusted annualized rate of sales (SAAR) for light-duty vehicles topped 16 million vehicles in December for the third month since April, when the industry slumped to a 50-year low. For the full year, light-duty vehicle sales totaled 14.6 million, a decrease of 14% from 2019. Not great, but a whole lot better than analyst expectations in March when dealer floor traffic and assembly plant production was at a standstill, and every analyst had cut their forecast for the year from nearly 17 million vehicles to under 13.5 million vehicles. So what has changed since March?

Original equipment manufacturers and their extensive supplier network have once again demonstrated their ingenuity by figuring out how to restart production while respecting social distancing protocols that protect their workforce. For its part, the dealer network had been experimenting with various on-line retail models for years but, until now, failed to make a real connection with consumers. Suddenly, consumers were shunning public transportation and ride sharing options in favor of personal transportation. Additionally, those that could afford to buy were opting to buy bigger vehicles loaded with expensive options. The K-shaped recovery described by economists is playing out in the auto industry in real time. White collar employees that could work from home, found themselves flush with money that they could not spend on leisure activities such as dining and travel. The only nameplates to report year-over-year volume increases in 2020 are three luxury brands: Tesla, Volvo, and Alfa Romeo. The average transaction price set an all time record above $40,000 in December.

Looking forward, dealers say their biggest challenge is lack of inventory. The total U.S. supply of unsold new vehicles was 3.0 million at the end of December, a 48- day supply at current sales levels. Dealers prefer stocking levels of around a 60-day supply, anything less and they risk lost sales. Manufacturers say they would build more if they could but their biggest challenge right now is supply shortages, namely computer chips. Worldwide productive capacity for computer chips is constrained by the increasing demands from manufacturers of automobiles  and consumer electronics. Much like automobiles, consumer products such as phones, game consoles, laptops and TVs are increasingly complex, requiring ever -more computer processing capability. Chipmakers favor consumer-electronic customers over automotive because those volumes are higher and the associated margins are fatter. Assuming there is some relief from chipmakers beginning in the second quarter, analysts expect the market to recover to 16 million vehicles in 2021. Some of the risks to the forecasts include the roll-out of the vaccine, the continued strength of the stock market, and the resurgence of the fleet market.” 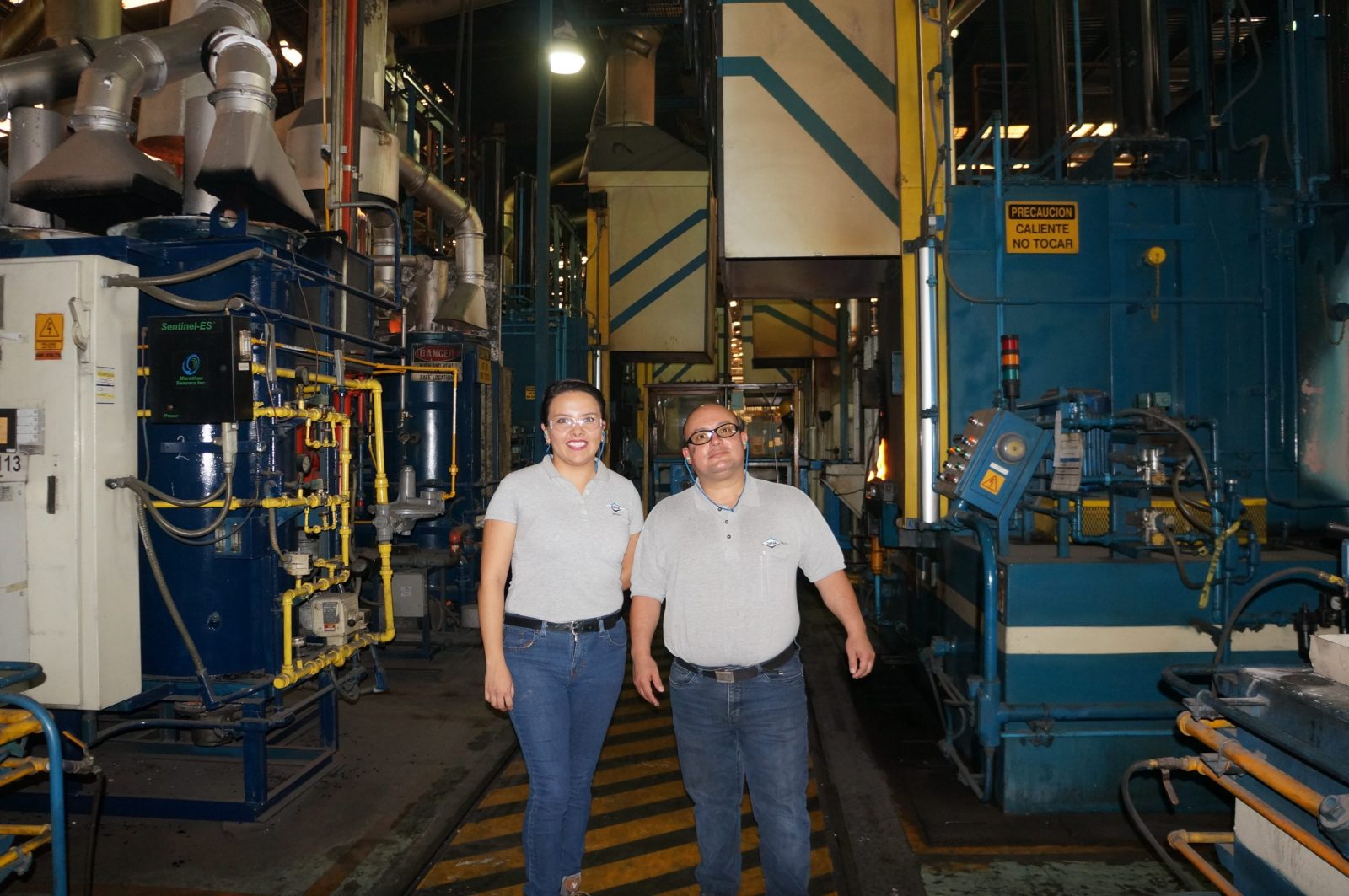 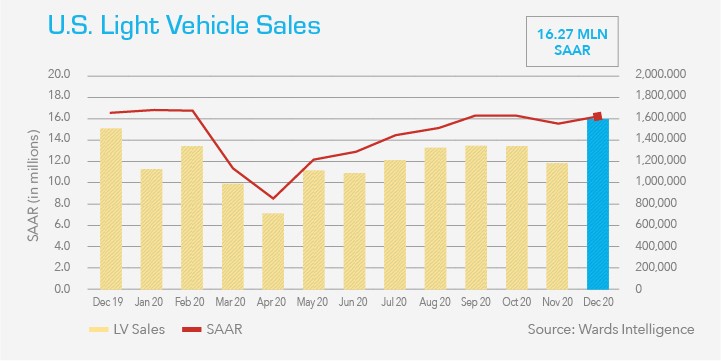