Last week we mentioned how Salto Heat Treating was a brand new start up commercial heat treater in Northern, Ontario, Canada. What we didn’t realize was that this is a far larger operation than we thought and a larger investment than we thought. As an example the company invested $1 million in a new Induction hardening system from a company in Ohio which we would have to assume is Ajax Tocco Magnathermic. More details below.

“A Sudbury industrial service company has launched a new specialty metalworking business for Northern Ontario. Salto Heat Treating is the newest company in the stable of owner Felix Lopes Jr., president of Lopes Ltd., a well-known steel fabricator in the city’s east end. “We’re ready and open for business,” he said. Lopes and his team have spent more than a year involved in planning and design to convert a vacant building at the privately owned Coniston Industrial Park into a fully automated, state-of-the-art shop.

The company is named after his father’s village in Portugal. Felix Lopes Sr. founded the parent company in 1976. “It sounds good, too. I like the name,” said Lopes. With leading-edge technology not yet seen in Northern Ontario, Salto represents a more than $7-million investment for the company. The 16,500-square-foot shop has been laid out with flow chart-like precision for efficiency and quick turnaround time on most applications. The rationale for this spinoff company was to siphon off component and parts work that normally would go to shops in southern Ontario or the U.S.

Lopes and his operational lead hand, Christophe (Chris) Mehanna, have full confidence that Salto can quickly scale up to a 24/7 operation based on the positive feedback received so far from customers in mining, mineral exploration, original equipment manufacturing, parts machining, agriculture and forestry.Based on the advice of one customer, construction is also underway on an adjoining warehouse to provide covered storage for drill rods.Soon after making their announcement on Facebook in early May and within a day of launching the website, Lopes said they began fielding calls from machine shops in Ontario, Québec, Western Canada and the northern U.S. Non-disclosure agreements prevent them from identifying specific customers, but both said key industrial players are already on board and are ready to send work over once pandemic-related restrictions are lifted and the normal business dealings resume.”It’s a small world,” said Lopes. “When people heard that we were developing this we were getting calls saying, when are you ready? I never expected this.” Heat treating involves an umbrella of different processes used to heat and cool metals under specific temperature controls to improve its overall properties, performance and durability.
Salto’s array of offerings include annealing, through hardening, case hardening, carburizing, air hardening, norminizing and black oxide. In the case of annealing, steel can be softened to allow it to be machined. Other processes can be applied to make parts harder, improve strength, reduce wear and tear, and create a protective corrosion-resistant skin. “It’s like a science,” said Mehanna, who has 22 years of experience in the heat-treating process. “This trade, I have so much passion for it that can’t I wait to get up in the morning just to come here, because we’ve been putting this automation line together for almost a year and I’m still impressed by it every time I come in and look at it.” He helped design Salto as a ‘smart’ business with HMI (human machine interface) control systems allowing all the shop’s functions to be remotely controlled by smartphone or tablet. “As long as we have internet, we can connect to it from anywhere,” said Mehanna.
“Last night, I put some work in the furnace from my couch watching TV at 9 p.m. I pushed the button from my phone.” The shop features nine furnaces, a parts washer, and a custom-built IQ (integral quench) line, a furnace used for surface hardening of parts or components that can reach a temperature of 1,850 Fahrenheit (1,010 Celcius). They’ve also installed a one-of-a-kind US$1-million scanner – an induction heat furnace – built in Ohio and designed to harden drill rods for mineral exploration. “There’s nothing like it out yet; it’s just to meet our demand,” said Mehanna. Joining Mehanna on the floor are two experienced metallurgists, one specializing in induction hardening and the other an expert in analyzing heat treat failures and parts breakage at their on-site metallurgical lab.

But should business pick up, as both Lopes and Mehanna expect, they could quickly hire as many as 14 people. All training would be done in-house. “It’s only a matter of time,” said Lopes. “I have a good feeling about this.” Mehanna pays credit to Lopes for having the vision to deliver a top-of-the-line service. “If he sees an opportunity, he studies it and goes for it. “Felix has a big dream for the park here; he’s very ambitious. He’s an opportunist and, slowly but surely, he’s building the park the way he wants it.” 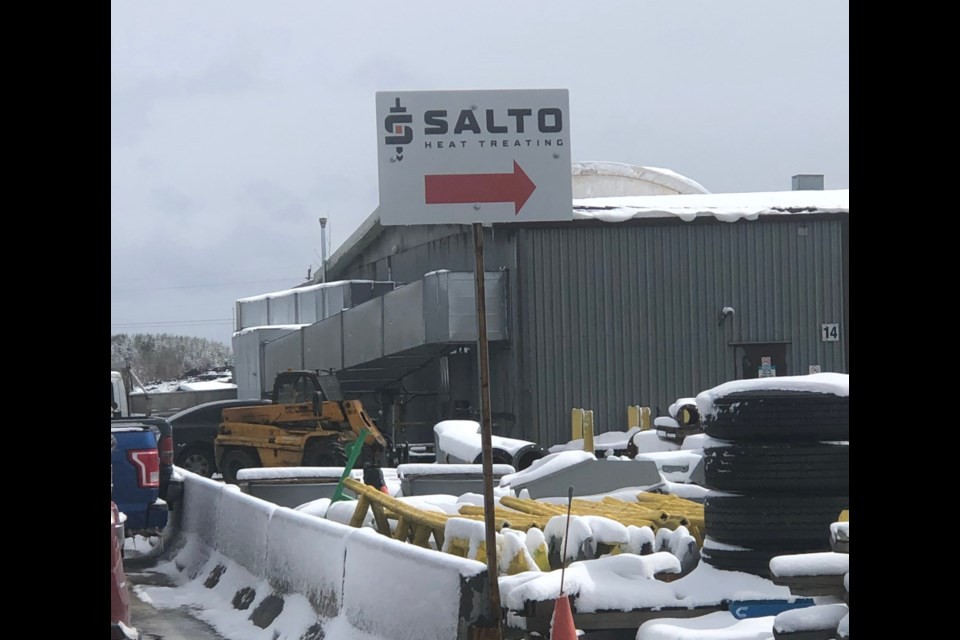