Roger Joseph Fabian, 82, of Wethersfield, beloved husband for 58 years of the late Gail Clark Fabian, passed away peacefully on Tuesday, October 11, 2022, after a brief illness. Born in Elmsford, NY on July 16, 1940, he was the son of the late Renato John Fabian and Anna Fabian. Roger and Gail were married in 1964, lived the majority of their lives in Wethersfield and enjoyed their weekends in Guilford.

Roger received his B.S. in metallurgical engineering in 1962 and his MBA in 1980 from Rensselaer Polytechnic Institute. He began his career with Lindberg Corporation in 1962 as a plant manager at Lindberg’s Boston Division, and in 1964 transferred to the Berlin Division, where he was named chief metallurgist and quality control manager. He was promoted to division manager at Berlin in 1979 and named Vice President of Lindberg Heat Treating Company in 1992. When Lindberg was purchased by Bodycote Thermal Processing in 2001, Roger was named Eastern Region Sales Manager and finally retired in 2010 after 48 years.

Roger had many professional accomplishments, including President of ASM International, President of the ASM Heat Treating Society, an Affiliate Society of ASM International, and was a long-time member of both societies. He also served as a President for the Metal Treating Institute (MTI), and as Chairman of the ASM Technical Programming Board. He was instrumental in the development of the Center for Heat Treating Excellence (CHTE) at Worcester Polytechnical Institute and served as director-at-large and industrial liaison.

As Roger would say, “fun takes planning” and he had plenty of fun over the years, golfing at the best golf courses around the world and always researching the next fishing trip. Whether it was bluefish or porgies there was always time for one more drift across North Reef with his daughters and granddaughters on the Jilly-Bee. Life is Short, Fish Hard. He traveled extensively with his lifelong friends from MTI, went to Aruba each year with Gail and he crossed off his bucket list African safari with his son-in-law, Bryan.

A loving husband, father and grandfather, Poppi will be forever missed by his two daughters, Jill Fabian of Wethersfield and Beth Nesteriak, along with her husband Bryan of Seymour and their two adored daughters, Emma and Sara. He is also survived by his sister, Sharon Yates and her husband Richard, as well as many extended family members and friends.

The family will receive friends and relatives on Friday, October 21 from 4-6 p.m. at the D’Esopo Funeral Chapel, 277 Folly Brook Boulevard, Wethersfield. A Memorial Service will be held on Saturday, October 22 at 10:30 a.m. at the First Church of Christ, 250 Main Street, Wethersfield, with burial following in Village Cemetery. In lieu of flowers, donations in Rogers’s memory may be made to ASM Materials Education Foundation. https://www.asmfoundation.org/asm-donate/ 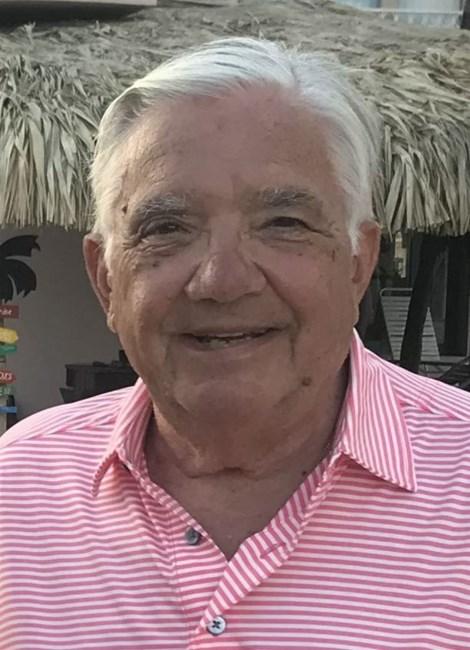