We regret to mention the passing of Rod Pressey this past week. Rod was the General Manager of Captive/Commercial heat treater Shmoltz & Bickenbach in Windsor, Canada for a number of years before the plant shut down with much of the equipment moving to another Shmoltz location in Carol Stream, IL, USA. We say that much of the equipment was moved to Carol Stream-this is only partly correct. The very large 10 bar Ipsen vacuum furnaces seen in the background in this picture had holes drilled in the shells, were then cut in half and the scrap sent to different scrap dealers such was the paranoia that another user would blow the furnaces up with Shmoltz being liable for any damages. In this photo Rod is on the left and Gunter Braus of Dibalog in Germany is on the right. Rod was a good man and he will be missed. 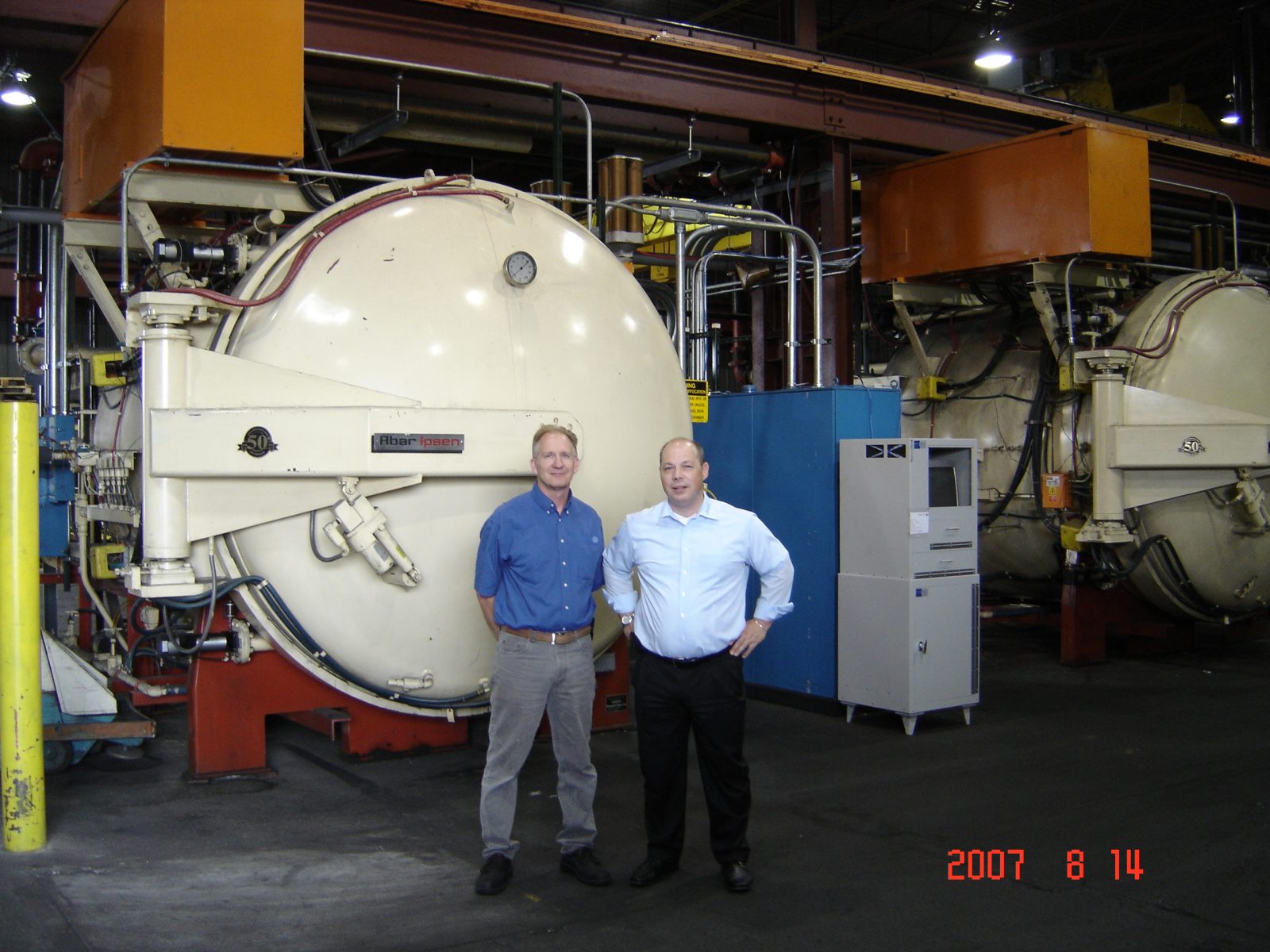