Back in early October of 2019 we had a news item about how Regal Beloit  in Valparaiso, Indiana might be closing. According to local news sources (below) it has been determined that the plant will close at some future date. It’s a real shame to see a company which produces such high end parts, in this case helicopter bearings close down. They are mentioned here because the facility has a fairly large in house heat treating department which includes several batch IQ furnaces, freezers and a reasonably large vacuum heat treating department.

“VALPARAISO, October 15;  Wisconsin-based Regal Beloit Corp. and the union representing workers have reached an agreement about the closing of a helicopter bearing factory in Valparaiso. According to our partners at The Times of Northwest Indiana, the decision will cost between 160 to 170 workers their jobs. The company decided to close the plant after workers went on strike this summer who were upset over wages and out-of-pocket healthcare expenses. The workers are members of the International Association of Machinists Local 2018. The publication reports workers went on strike in June and then decided to end the strike in late August after Regal said it would close the plant so the two sides could resume negotiations. But the only agreement that was reached was on the terms of the closing, according to the Times. The publication says Regal Beloit has not yet determined when the factory will close. The company says workers can apply for open positions at their plant in Monticello or any other Regal facility. “Regal is, unfortunately, still moving forward with closing the plant,” International Association of Machinists & Aerospace Workers spokeswoman LaToya Egwuekwe-Smith said. “However, they have not yet said when. An effects agreement covering severance and benefits was reached with the company and approved by the membership.” The factory, which ran for more than 100 years as McGill Manufacturing, was acquired by Regal Beloit five years ago. It provided bearings to helicopter makers like Sikorsky Aircraft and Bell Helicopter.” 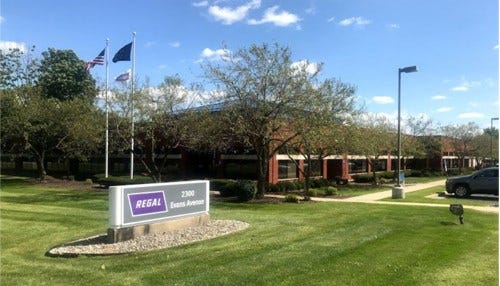