For the past several weeks “The Monty Heat Treat News” (with the help of a number of our readers) has been researching the largest single location captive heat treats in North America for our list of the 10 largest. And how did we decide who should be on the list? The basic criteria includes these points; 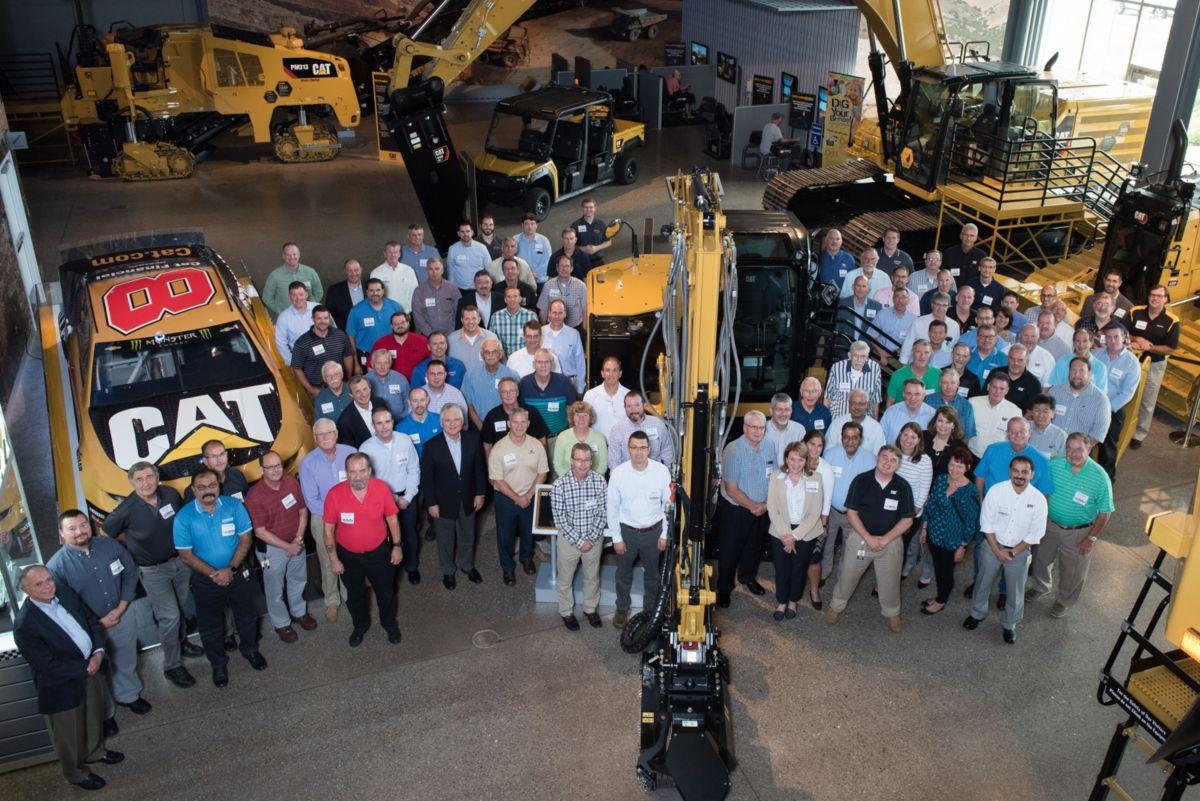 A newcomer to our list of the 10 largest single location captive heat treaters is a bearing company, BRENCO Bearings a division of Amstead Rail, located in Petersburg, Virginia. Amsted Rail’s Brenco® Bearings was founded in 1949 to manufacture bronze journal bearings for railroad freight cars. In 1959, Brenco received conditional AAR approval for the product it is known for today throughout the worldwide railroad industry,the tapered roller bearing-in short the company makes bearings for the railroad industry. The company has locations around the world, at least two of which have in house heat treatment departments. While the heat treatment department in Petersburg is not as large as it once one it still includes multiple pit carburizing furnaces and rotary hearth units. 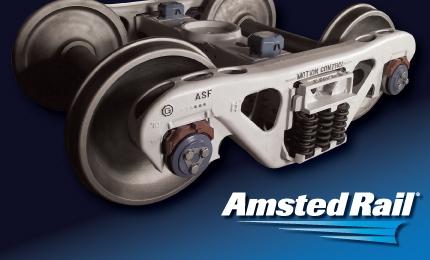 Number 8 on our list is yet another large auto parts maker, Dana Corporation, Queretaro, Mexico. While Dana has numerous facilities around the globe that include heat treating the largest is an enormous complex in the Mexican city of Queretaro with several large, separate in house heat treating departments. There are 3 separate facilities here, Dana Forja which has a heat treating department doing annealing in continuous furnaces, Dana Cardanes which has 7 batch IQ furnaces, roughly 40 induction lines and 11 tempers and Dana, ENCO which has 2 AFC-Holcroft UBQ furnaces along with 4 pusher furnaces (as of 2020). 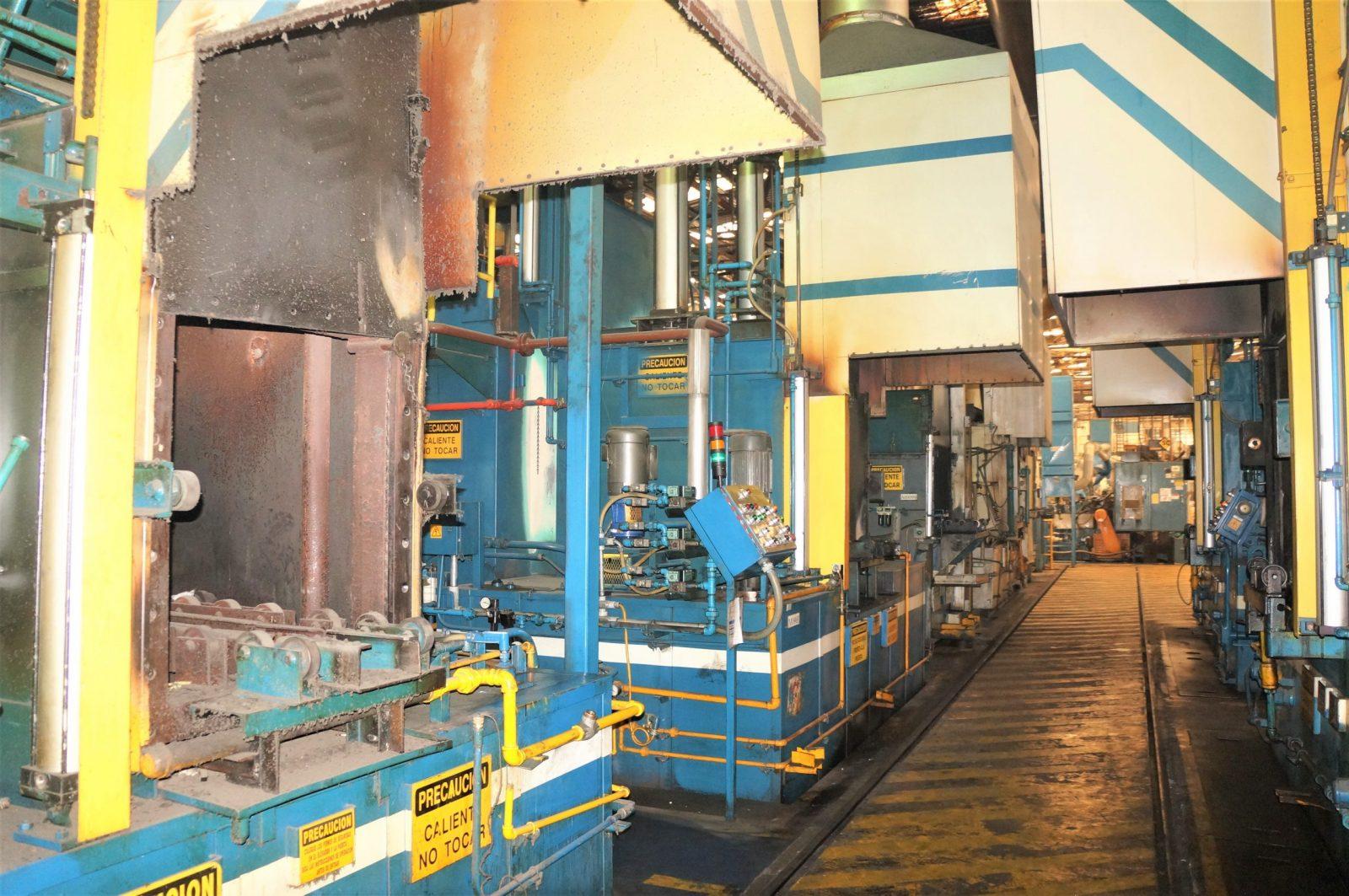 In 1956 Chrysler invested in a transmission facility in Kokomo, Indiana, a facility which now covers 3.1 million square feet (please note that there are several facilities in Kokomo, our interest is in the transmission facility). For many years now this plant which originally was called Chrysler, and subsequently FCA Kokomo before being renamed Stellantis had what was probably the largest captive heat treat in North America. At one time it included 7-Three row Holcroft Pusher Furnaces, 6-Lindberg 36 X 72 X 36 Batch IQ furnaces, 6-AFC 36 X 72 X 36 batch Austemper Furnaces, 3-Holcroft single row pushers, 2-Surface rotary furnaces, 2-Seco Rotary Furnaces, 4-ECM vacuum nitriding furnaces, 30-tempering furnaces and several ECM vacuum carburizing systems. While the heat treat department is smaller than it once was it is still one of the larger in house heat treat departments in North America. 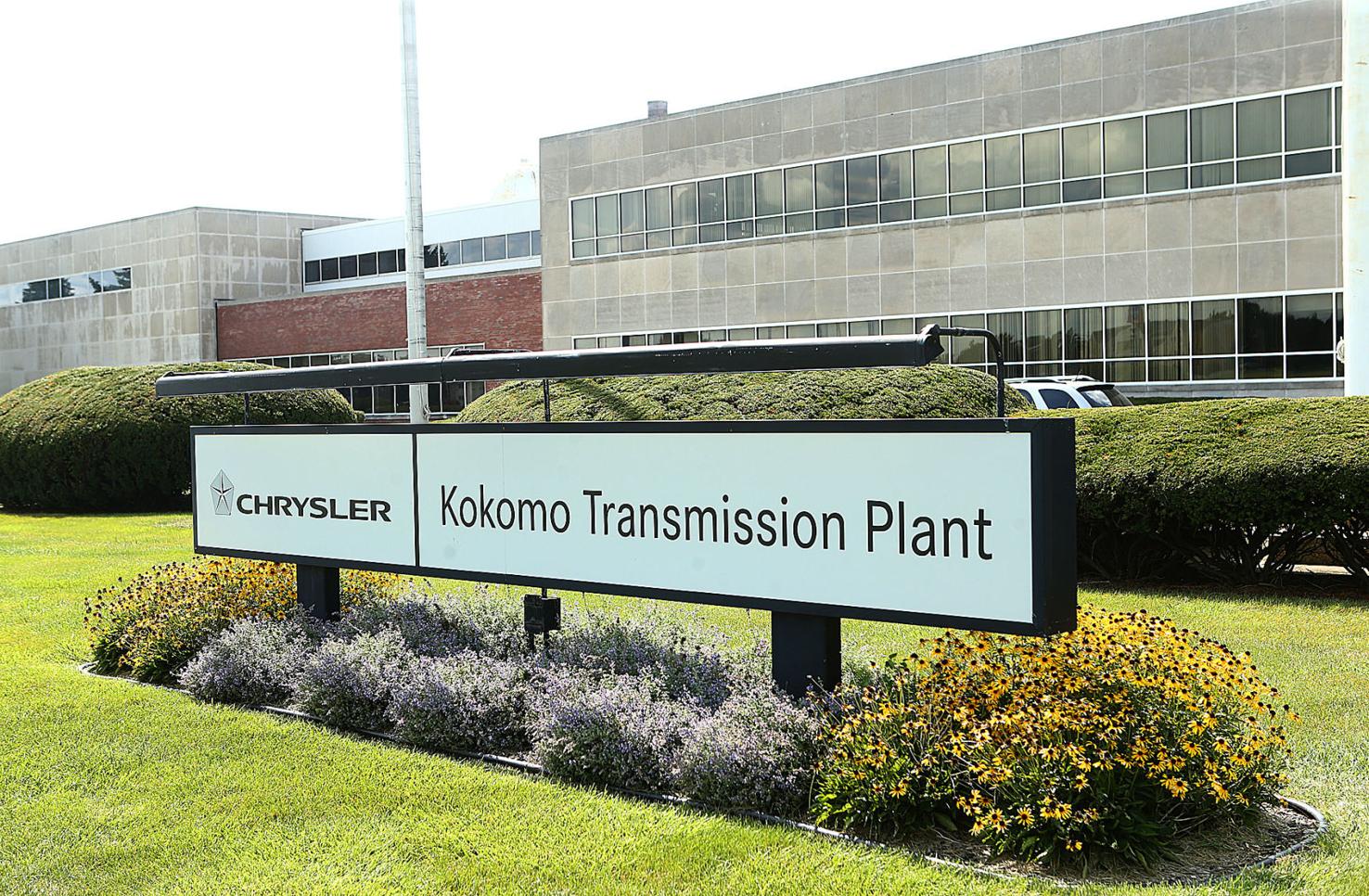 In 2012 auto parts supplier American Axle & Manufacturting (AAM) formally opened a new location in the city of Silao, Guanajuato, Mexico. The Silao facility was AAM’s second manufacturing facility in Mexico, joining the Guanajuato Manufacturing Complex. The opening of these facilities marked a real change in the firms philosophy as previous to this most manufacturing was in the USA including a large facility in Buffalo, New York which featured 5 single row pusher lines. Each AAM facility (including Poland) has a varied mix of heat treating equipment which includes pusher furnaces, batch IQ’s and Induction to name a few. Each of the AAM heat treating departments is very impressive, mainly because they are relatively new and obviously no expense was spared. AAAM globally can be considered one of the larger captive heat treaters in existence. 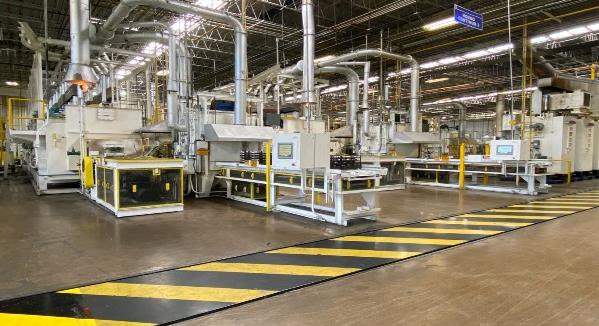 ZF is a German company which ranks amongst the largest suppliers of automotive transmission components in the world. The location in Grey Court, SC opened in 2012 and became a hub for ZF’s work in large-scale transmission production, including eight- and nine-speed automatic transmissions. Almost exactly one year ago the company issued this press release about an expansion of the facility (an expansion which did not include more heat treating by the way), “Germany’s ZF Friedrichshafen said it will invest $200 million to build another production line at its commercial vehicle transmission plant in Gray Court, S.C. The new line is expected to begin production in 2023. More than 500 jobs will be created, the company said. The supplier on Thursday said it plans to expand production of the PowerLine, an eight-speed automatic transmission for medium-duty commercial trucks, heavy pickups and buses.”

ZF is another company which made the decision to go with vacuum carburizing and the end result is that this facility has two ALD “Modultherm” systems in place with a total of 16 carburizing cells and 2 Pusher lines for annealing supplied by Ipsen. 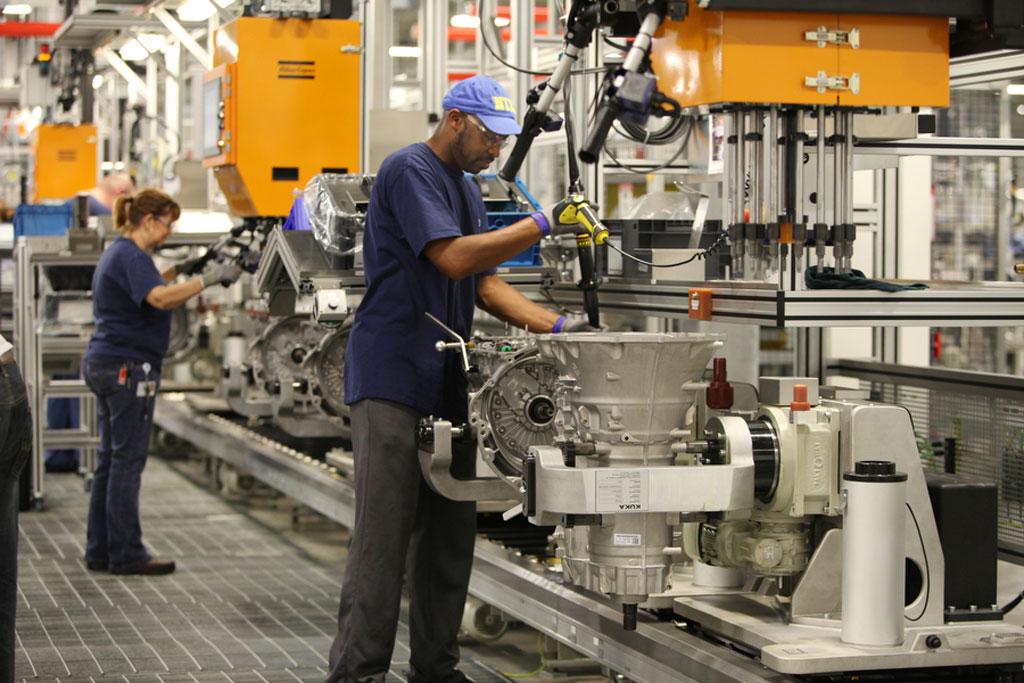 In our fourth position we find a Canadian company, auto parts supplier Linamar. Linamar is a global company with many locations around the world doing heat treating however their largest heat treat department is in Guelph, Ontario. Roughly 15 years ago the firm made the decision to bring heat treating in house while at the same time deciding that going forward they would concentrate on batch processing as opposed to continuous. In 2022 we see that this plant now has twenty five 36” X 48” X 36” batch IQ furnaces in place combined with several vacuum nitriders and a rotary hearth furnace. Current plans include future additions to the heat treating department. 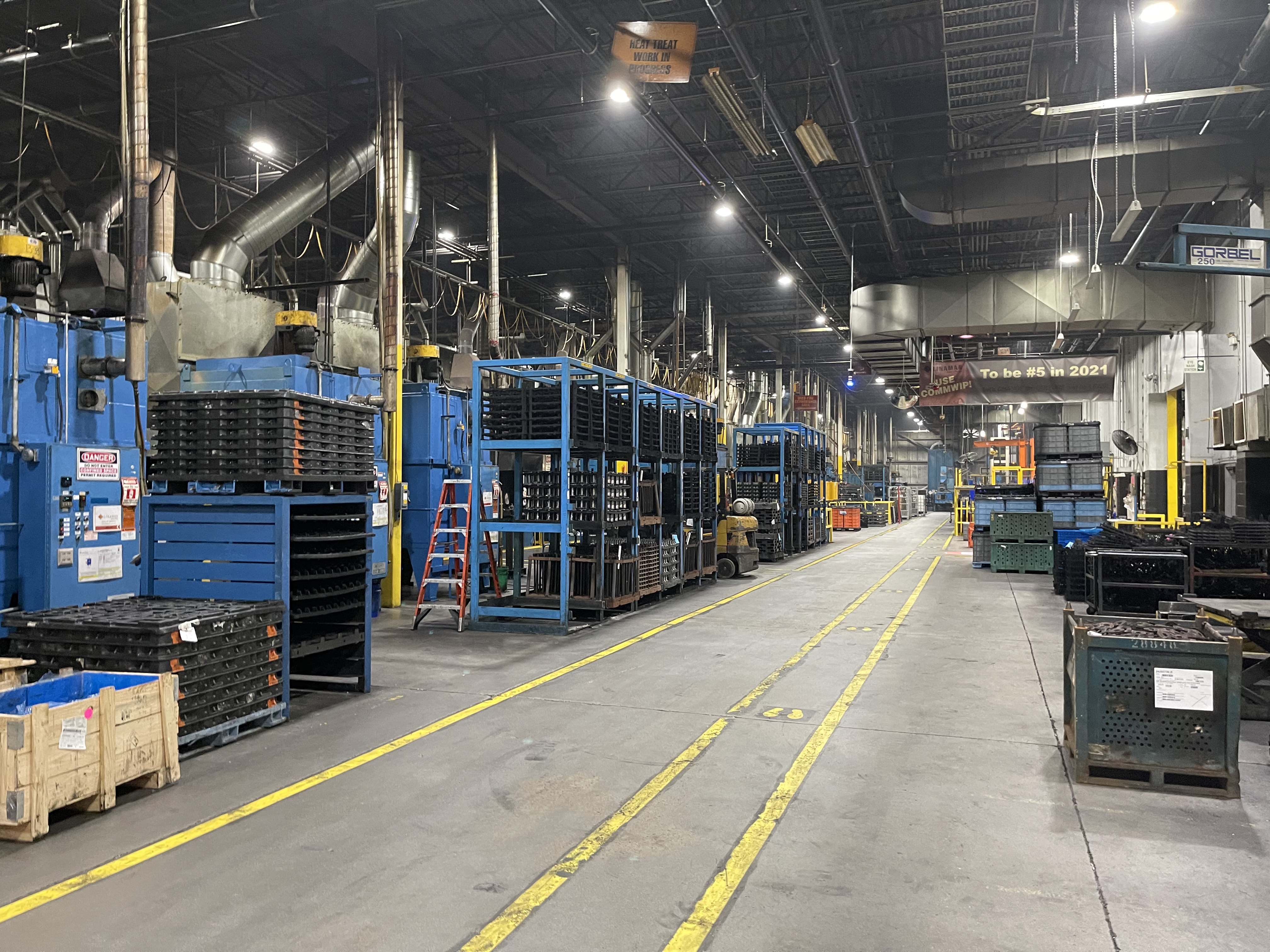 In our number three position we find another automotive parts supplier, GKN in Newton, NC. While not one of the first to invest in vacuum carburizing systems they certainly jumped on the bandwagon after vacuum carburizing proved it’s value. With approximately 30 cells in operation this location clearly deserves to be on our list. 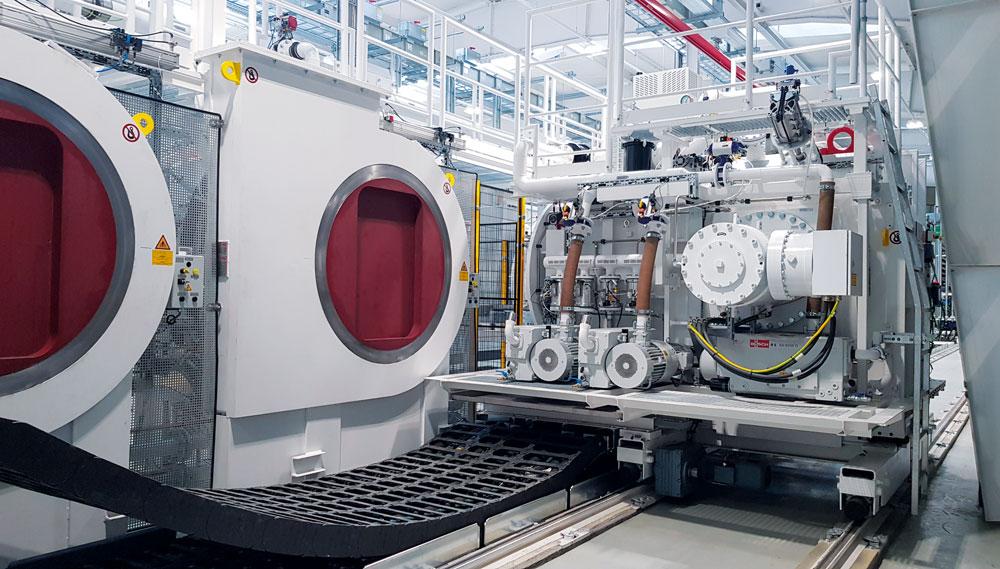 As one of the world’s largest manufacturers of agricultural machinery, heavy equipment, forestry machinery, diesel engines, drivetrains used in heavy equipment, and lawn care equipment we are sure the company needs no introduction. Their location in Waterloo, Iowa would appear to be the second largest captive heat treat in all of North America with a total of 31 furnaces (we will qualify this statement slightly by saying that 10 of these furnaces are dual chamber which we are counting as two furnaces each). The equipment comes from a variety of furnace suppliers including Surface Combustion as can be seen in this photo. 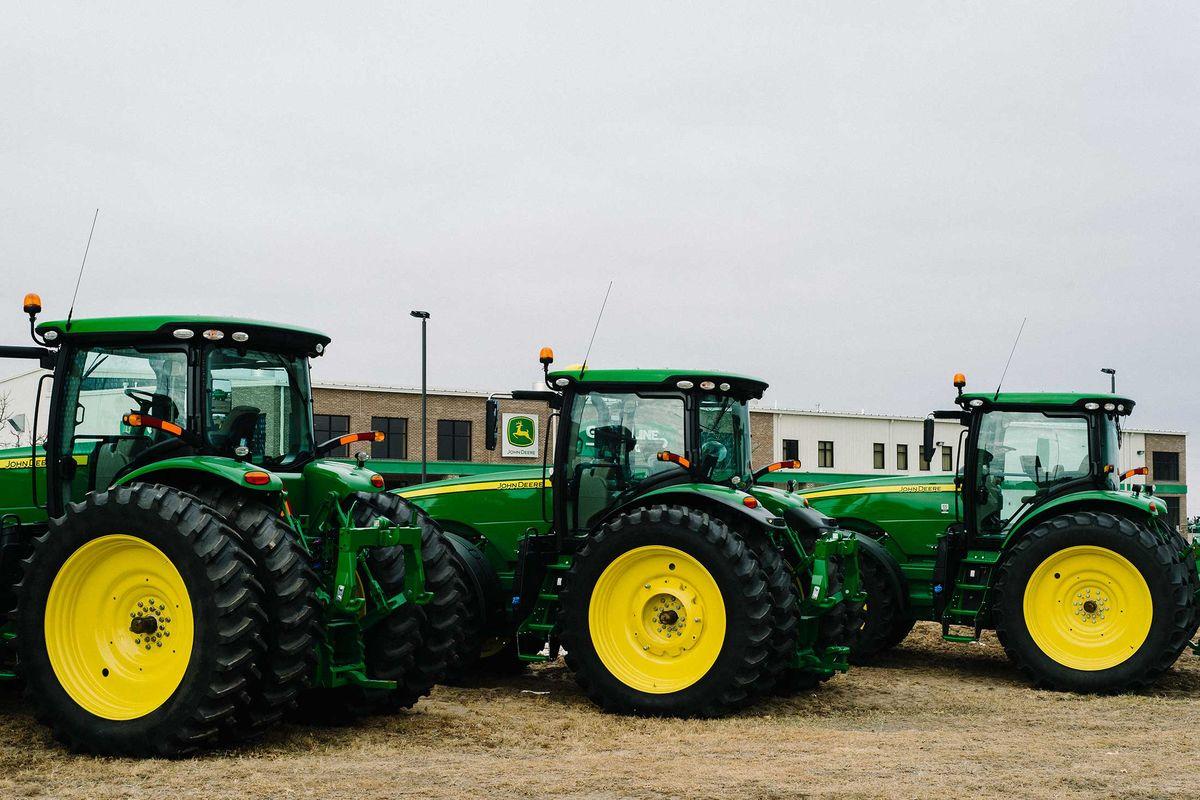 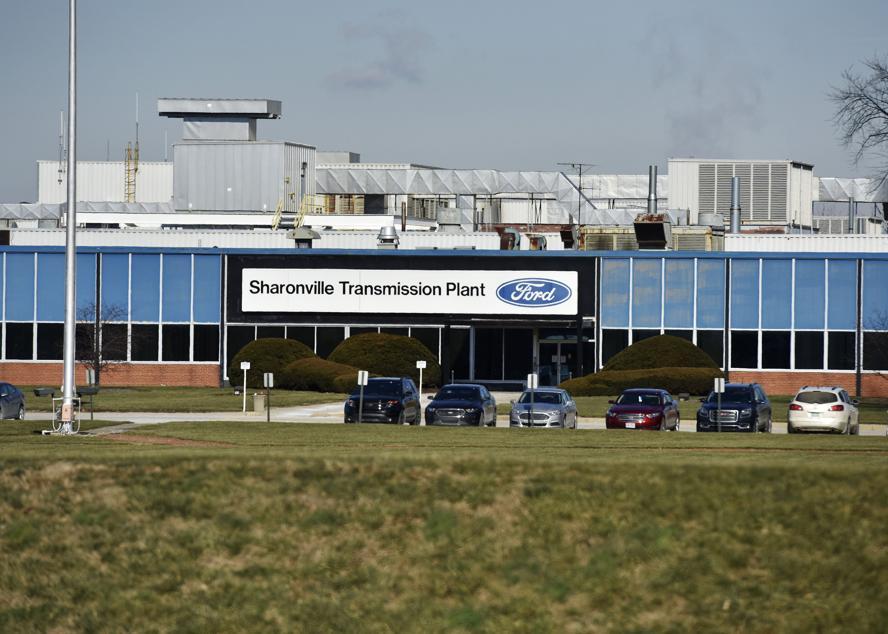