Down Pennsylvania, USA way we see that one of the largest commercial heat treaters in the area, Peters Heat Treating in Meadville, PA has just received Nadcap Certification for Heat Treating along with AC7004 Aerospace Quality System accreditation. Well good for them, this represents a major investment in time and money but one which will pay off in the long run. Over the years we have mentioned the company several times, including back in July 2020 when the company issued the press release below. One of the photos below was taken when we visited the company not that long ago-the distinguished fellow shown is none other than Doug Peters the founder of the company. 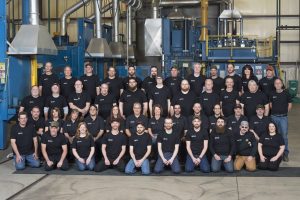 Peters’ Heat Treating, Inc. has closed its original home of 40 years in the Fifth Ward of Meadville and moved its headquarters into a newly expanded Meadville facility in West Mead Township in the old rail yard on McHenry Street. Peters’ Heat Treating was already operating from this location which housed their production oil hardening business but with an 18,000 square foot addition, they were able to consolidate the two Meadville locations and move the precision vacuum furnaces, black oxide line and other flagship processes to a new custom space. The now 32,000 square foot manufacturing space allows them to expand their product offerings and continue to grow the now 60-employee business. They have just recently announced two new lines of business: Aluminum Alloy Processing and Stainless Steel Black Oxide. They also continue to operate from their McKean, PA location servicing the local Erie area and including a specialized Nitreg Nitriding process.

Peters’ Heat Treating finalized the move just one week before shutdowns began in response to the Covid-19 pandemic. While they were able to remain open with a state waiver due to their work in life-essential industries such as medical and military, the pandemic thwarted plans for a big Grand Opening event in June. They were able to celebrate with their team with a Crawford County Chamber of Commerce Ribbon Cutting this month. They hope to give tours when it is safe to do so again. “We are excited to consolidate our services and knowledge in a way that maintains our history and dedication to the local community and industry while providing us the runway for a successful future,” Andy Wilkosz, President, said. “These current times are challenging but we know our business and the country will persevere.”

Peters’ Heat Treating has had several exciting announcements in the last year. They celebrated their 40th Anniversary in October of 2019. They also named a new President, Andy Wilkosz, in February of 2019, son-in-law of founders Doug and Jackie Peters. Daughter Diana (Peters) Wilkosz and husband, Andy, returned home to learn the business in 2015. Andy’s degrees in Engineering and Business as well as his past roles as a U.S. Steel Manager, Process Safety Management consultant and Special Projects Engineer at another heat treat in Texas made him the perfect fit for the role. Diana oversees Office and Administrative functions. Son Christopher Peters also works at the company managing its IT. Doug and Jackie are thrilled to keep the company in the family and to continue to service the local community. “It’s just been a pleasure to be a part of the local community and to help companies grow,” Peters said. “Probably the thing I’m most proud of is the great people I’ve had the opportunity to work with. I’ve watched them buy houses and have children, and now their kids are having children.” Doug and Jackie are both still active but look forward to future retirement. 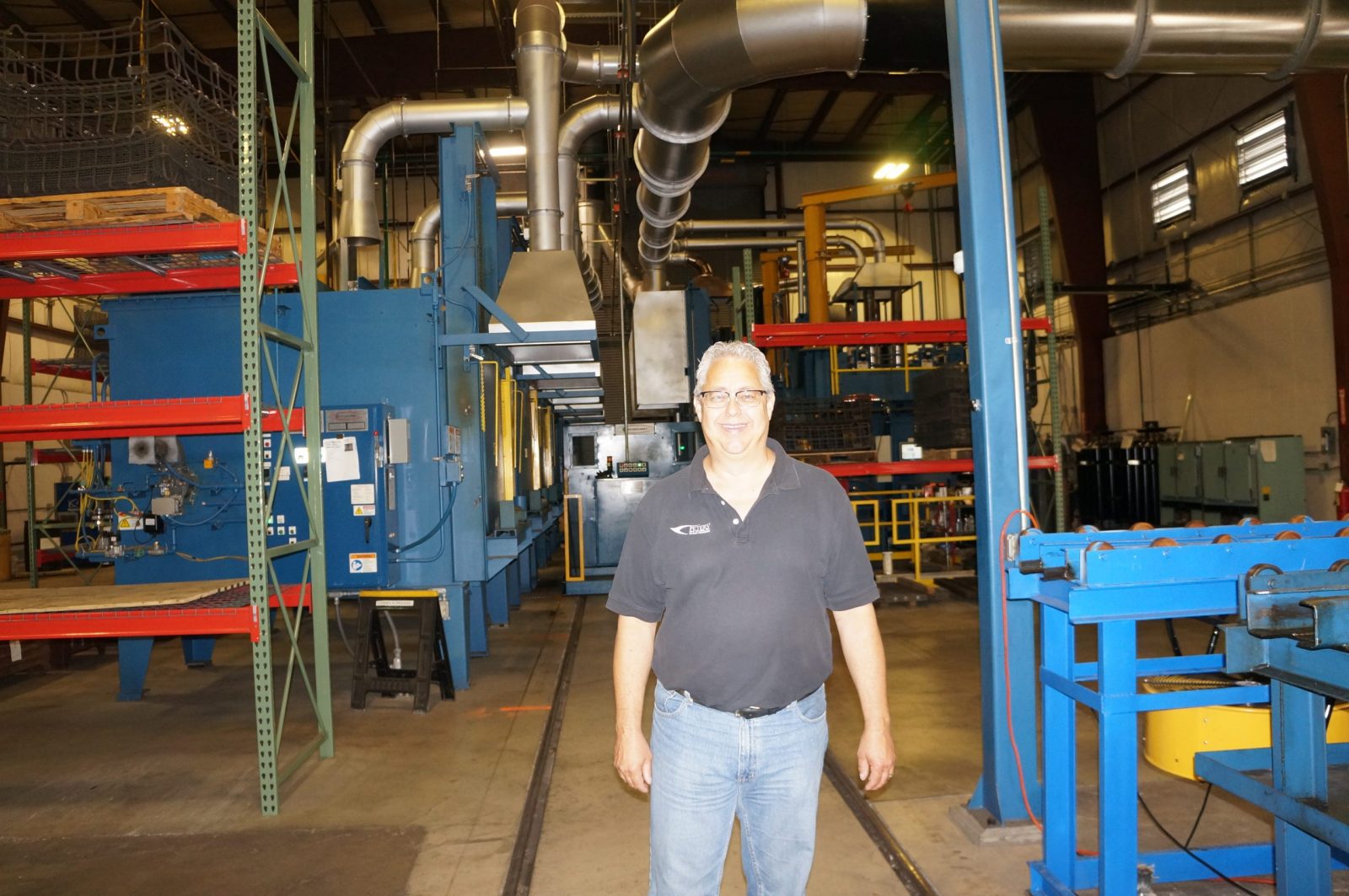