It is now almost exactly two years since we had the news item below about commercial heat treater Paulo expanding into Monterrey, Mexico (the original press news item is below, please note that since that time Ben Crawford has left the company). Well obviously this has proven to be a very good decision on the part of Paulo as already the company is adding more furnace capacity as you can see in this photo.

“November 2017 PRESS RELEASE; At the recent heat treat show in Columbus, Ohio we spent some time speaking with Ben Crawford, VP Operations for Paulo and one of the topics which came up was the new plant in Monterrey. While we can’t share all the details we heard we can provide this update.

“Paulo is excited to announce Aldo Rodriguez as General Director of our Monterrey, Mexico location.  Aldo is an experienced leader with 20 years leading Mexico based manufacturing operations. His roles have included positions in Quality, Engineering, and most recently General Manager at international aerospace suppliers. He earned degrees in Mechanical Engineering and Business and has continued his education earning Quality and Leadership certifications throughout his career. Aldo has been a leader in several manufacturing organizations including AMT, SME, and FEMIA (Federacion Mexicana de la Industria Aerospacial). Aldo is currently overseeing construction of the Monterrey facility and visiting other Paulo locations to learn our systems, including PICS, and sharing his experience. In addition to those responsibilities Aldo has also begun recruiting key personnel for his team. Aldo’s focus on lean principles while generating high quality and financially productive results will benefit not only Paulo’s location in Monterrey, but all locations as his knowledge is shared.

Aldo reports to Ben Crawford, Vice President Operations, who comments “We are well into construction of Paulo’s first facility outside of the US. Most excitingly Aldo Rodriguez has joined as Generl Director overseeing the Escobedo facility.  Aldo strengthens our experience in automotive, aerospace and doing business in Mexico.  I’m thrilled to work alongside Aldo implementing our growth plans.” Aldo added, “I feel very proud and honored to be part of this team. Paulo is a model company with great systems, business philosophy and strong values. With the addition of this Mexico operation, the company establishes its presence in a growing market that is actively seeking qualified Special Process service providers; Paulo is the answer to that need.” Founded in 1943, Paulo is one of the largest providers of heat treating, brazing, and metal finishing solutions in North America. Headquartered in St. Louis, Paulo operates six divisions servicing the Midwest and Southeast regions of the United States and northern Mexico.” 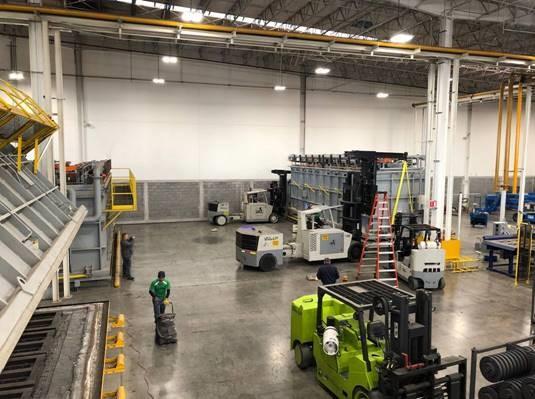