We always hate hearing about fires in the industry but they are a common occurrence unfortunately. Ohio Metallurgical is a family owned company with a long, proud history in the heat treatment industry in the USA. From the

“Morning Journal” we have the story;  “ELYRIA, Ohio – A fire broke out at Ohio Metallurgical Services in Elyria Monday night, causing $1 million in damages, according to the Elyria Fire Chief. Firefighters were called to Ohio Metallurgical Services, 1033 Street in Elyria. There were employees inside when the fire started, but all were accounted for and not injured. Four departments assisted in controlling the fire that caused damages to the building. The Ohio State Fire Marshal will investigate the fire Tuesday. The cause of the fire has not yet been determined.” 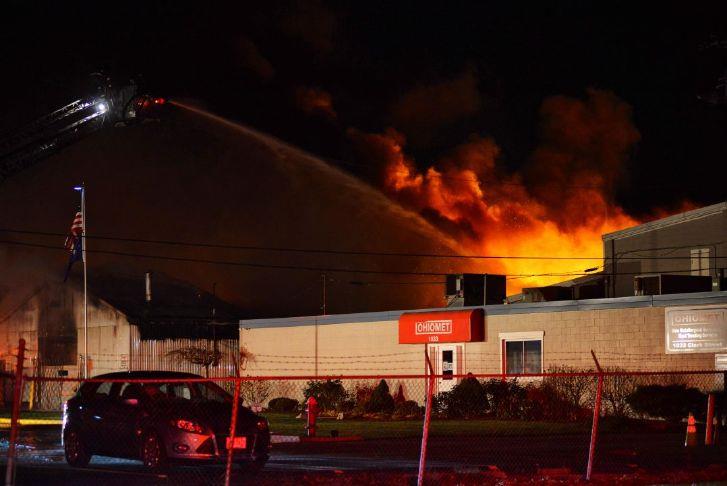