Nitrogen/Methanol Systems to Grow in Popularity Due to Climate Change Concerns?

Since time immemorial heat treaters have basically had two options for carburizing atmospheres; endothermic generators or nitrogen/methanol systems (we are ignoring pack type carburizing and drip feed systems as they occupy such a tiny percentage of the overall heat treatment market). The relative merits, drawbacks and history of each can be found in the articles below which include excellent comments from individuals such as Joe Greene of Boeing and Rob Wilcox of Super Systems Europe. The message to be taken away from these articles is that the entire advantage goes to endothermic generators largely for economic reasons. However recently a new factor has popped up which is leading a few heat treaters to reconsider and take another look at Nitrogen/Methanol-the new factor being climate change and green house gas emissions.

In an effort to reduce their carbon footprint a growing number of manufacturers around the world are taking a close, hard look at their manufacturing processes trying to find ways to reduce greenhouse gas emissions and meet “carbon targets”-either current targets or potential targets. Heat treatment being so energy intensive makes it an obvious starting point for any manufacturer looking to reduce energy consumption and consequently greenhouse gas emissions. I am sure our readers can see where this is going-endothermic generators operate at 1950F, Nitrogen/Methanol systems do not making a Nitrogen based system very attractive if you want to reduce energy usage.

The end result is that some captive and commercial heat treaters with a mandate from their customers and management to reduce their carbon footprint are casting their eyes upon nitrogen/methanol systems and reconsidering their use of endothermic generators. This of course ignores the fact that a nitrogen/methanol atmosphere is roughly twice the cost of an atmosphere from an endothermic generator but like so many decisions having to do with climate change issues reason seems to largely go out the window. Whether this will result in a substantial shift in the industry is hard to say-certainly it wouldn’t be a fast change but the fact that the topic is popping up more and more often tells us this is a subject we will be hearing more about.

Why Would Anybody Run a Nitrogen/Methanol System?

Once upon a time in North America gas fired Endothermic Generators reigned supreme when it came to atmosphere heat treating. Unreliable and problem plagued they were an easy prey to Nitrogen/Methanol systems which promised to be clean, reliable, simple and low maintenance and consequently 30-40 years ago Nitrogen/Methanol systems slowly captured a larger and larger share of the market. However Advancements in Endo Generator technology removed virtually all of the original headaches and combined with the far lower cost of endo gas as opposed to Nitrogen the end result is that Generators again reign supreme. This is of course largely ancient history now but what prompted us to mention it today is that we ran across a large captive heat treat earlier this week who were largely unaware of the relative costs of the two systems. In an effort to prove our point that endo generators are a far more cost effective way to go we reached out to one of the largest furnace builders in North America who provided this handy/dandy Nitrogen/Methanol vs. Endo Calculation which shows the relative costs. Why Would Anybody Run a Nitrogen/Methanol System? | The Monty

Even after all these years of publishing “The Monty” we are still puzzled why some articles attract so much attention and others do not. For instance September 23 we had an article entitled Why Would Anybody Run a Nitrogen/Methanol System-the basis of the article was that Endo generators are a much more cost effective way of creating a furnace atmosphere as compared to a Nitrogen/Methanol system. Well as it turns out this is a hot topic for many, and we have received a very substantial number of comments, two of which are below. The first which comes from a fellow in the UK by the name of Rob Wilcox of Super Systems Europe, makes the point that you have to be running an Endo Generator to be competitive. The second from Joe Greene of Boeing in the US looks at the two technologies more from a technical aspect-both make for interesting reading.

“Endothermic Gas against Nitrogen Methanol – your competitive edge. Your service and quality are comparable to your heat treat competitor, so why is a potential customer going to choose you over them – PRICE. Heat treatment is a high energy process and there is a constant battle for efficiency while maintaining quality. You have streamlined your process flow, automated everything possible, highly maintained your equipment and your furnace utilisation is a dream. So where do you go next? Well, if you are using nitrogen methanol / propane as a process gas, then you could be at a huge disadvantage to your competitor. You may have seen articles which mathematically show that endothermic gas, is on average, 3-4 times less expensive than using nitrogen. Why Would Anybody Run a Nitrogen/Methanol System? | The Monty 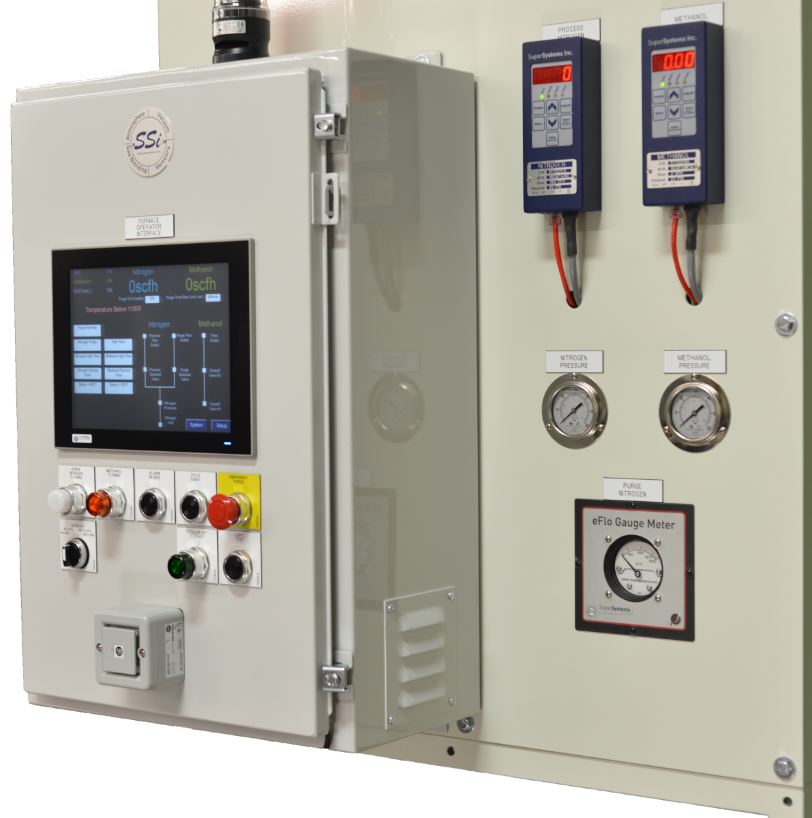