Nitrex Webinar, Why Would Anybody Run a Nitrogen/Methanol System in a Heat Treat And More Heat Treat News

Remember the large fire at Colfor Manufacturing which we mentioned last week? Well it had nothing to do with the in house heat treating department as you can see in the press release; “The fire that ripped through the Colfor Manufacturing plant earlier this week did “multi-millions” of dollars worth of damage, Great Trails Fire District Chief Ralph Castellucci said Thursday. “This was the biggest fire in Carroll County,” he said. “I’m quite sure it’s the biggest dollar-value loss in the county and likely in surrounding counties.” No one was hurt and, he said, “We are blessed by that.”The fire began about 5 a.m. Tuesday. The chief cited a malfunctioning press as the cause. “They had been operating as normal. A press malfunctioned, spraying hydraulic oil down onto the hot parts which immediately caught fire and flashed,” Castellucci said.” 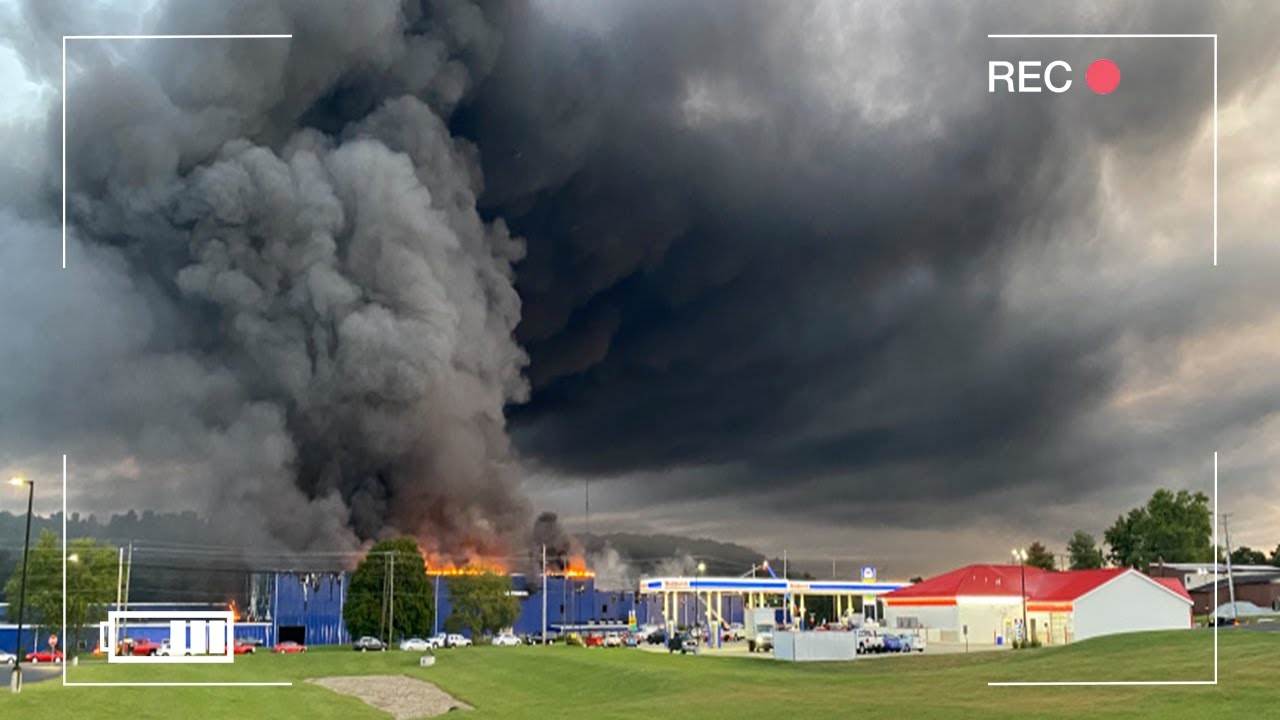 Nitrex Webinar. Thursday, October 8 at 9:30 am EDT Nitrex will be offering a webinar entitled “The impact of Nitriding on Die life, Performance and Cost Control. The webinar is being presented by Mr. Jack Kalucki, Senior International Account Executive @NITREX-a fellow who knows his stuff. Registration is at https://zoom.us/webinar/register/WN_iJ0Zn-9YR1SqBLamjNjQAA The last time we ran across Jack was earlier this year at the ASM event in Mexico. In this picture Jack is on the left with Pete Reh and Rick Jones of Solar on the right. 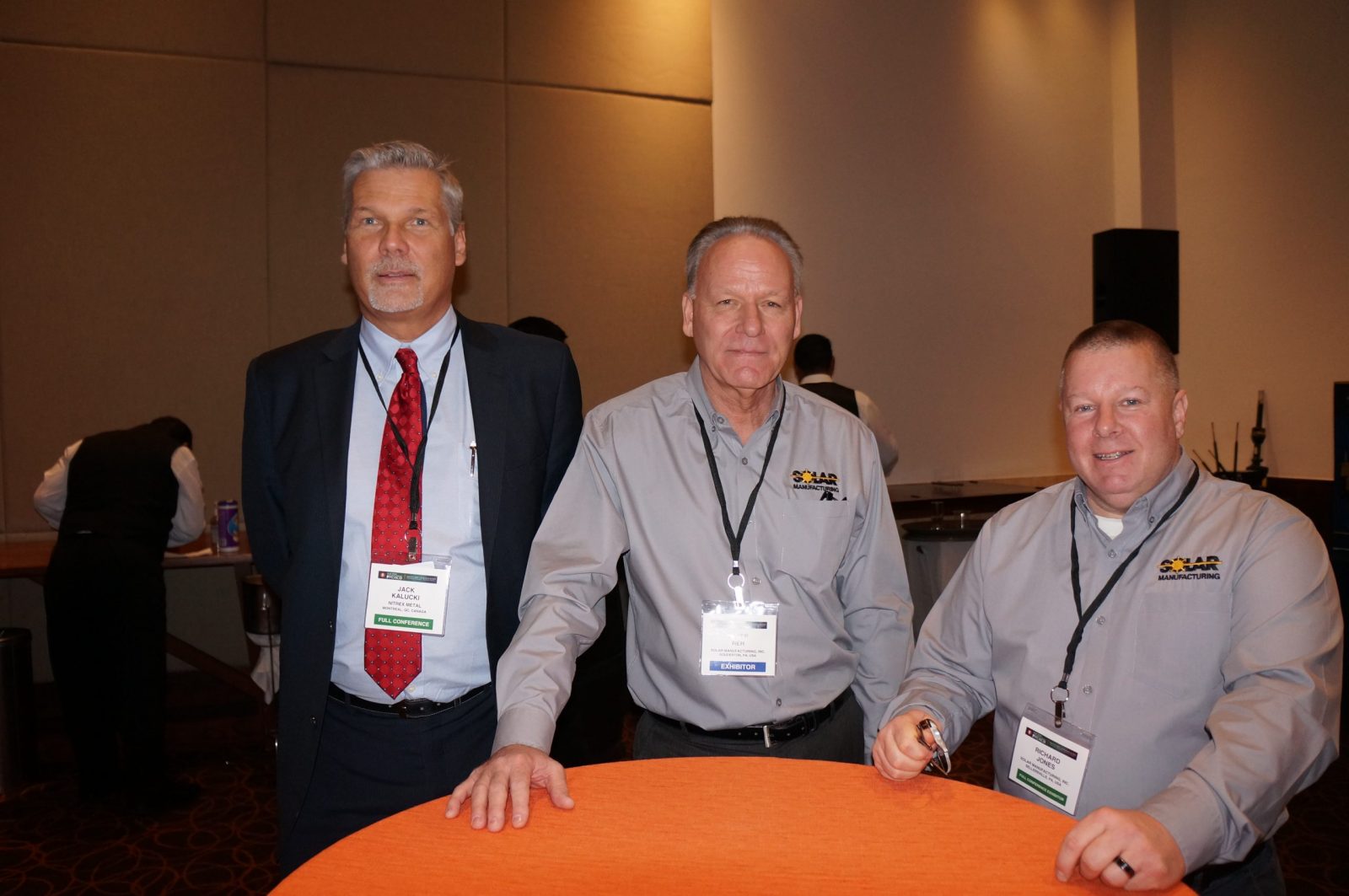 Last week we posted an item called; “Why Would Anybody Run a Nitrogen/Methanol System?” It generated a great deal of feedback including this response which is quite interesting because while the author is not disputing the fact that in most cases heat treaters prefer endo generators, he is saying that Nitrogen/Methanol systems are still being purchased.

“Gord and Jordan, In a quick response to your nitrogen-methanol article, we have personally sold/shipped 6 nitrogen-methanol systems out this year, and a 7th possibly might happen at the end of this year or early next. One of our major customers is in a major overhaul of replacing 16 nitrogen-methanol systems between two facilities (of which 5 of the systems that will ship this year will go to them). The one large customer and their reason for keeping nitrogen methanol- consistent atmosphere with the ability to dial the atmosphere up or down (CO, CO2) that a generator cannot do (without sooting or making water). Additionally, tied down processes that are very very hard (years of testing and paperwork) to modify.

The other customer has equipment installed from the early 1970’s and they did originally have an endothermic generator. Of course, you are aware that generators that that time were not that great, and they got tire of it and switched to nitrogen methanol. They now have a “bad taste in their mouth” of endothermic generators. However, reviewing there process and there atmosphere readings (that they constantly take and trend with multi-gas analyzers), and understanding the facility (and the caustic atmosphere), the nitrogen-methanol system makes sense for them.

I agree, endothermic is the way to go for 95% of heat treating, assuming natural gas supply is good and constant, the conditions in the facility are not detrimental to the operation of an endothermic generator (of which there are almost an ulimited amount of variables that can affect performance and operation), and the need for the atmosphere is not something that is out of the typical range of the capability of an endothermic generator. Chris Davidson, Sr. Project Engineer, SSi”

Braddock Metallurgical has a new Territory Manager in the US Northeast region as you can see in this press release. Braddock is one of the largest commercials in North America and is extremely strong in the Southeast. “We are proud to announce the addition of a new Territory Manager for the Northeast region. Mike Sorrentino has many years of experience in sales and marketing of industrial products. He has worked with engineers, contractors, distributors, and end users to solve problems and build relationships. We are excited to have Mike join our growing team. He will be an integral part in our ongoing pursuit to provide the best quality and service for our customers. In the UK Jamie Payton recently became the Works Manager at the Hauck Heat Treatment facility in Telford, England, previously he was Technical and Quality Manager with the company. Hauck is on both our list of the largest commercial heat treaters in Europe and also in the USA. Both lists can be found at https://themonty.com/articles-interviews/ Below you will find a picture of Jamie and a picture of a new TAV vacuum furnace being installed at Hauck in Letchworth, UK in 2018. 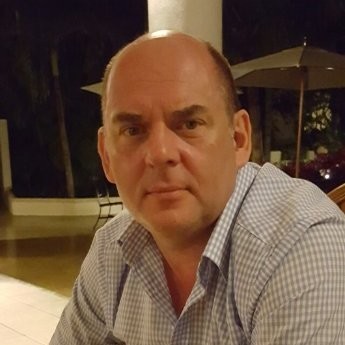 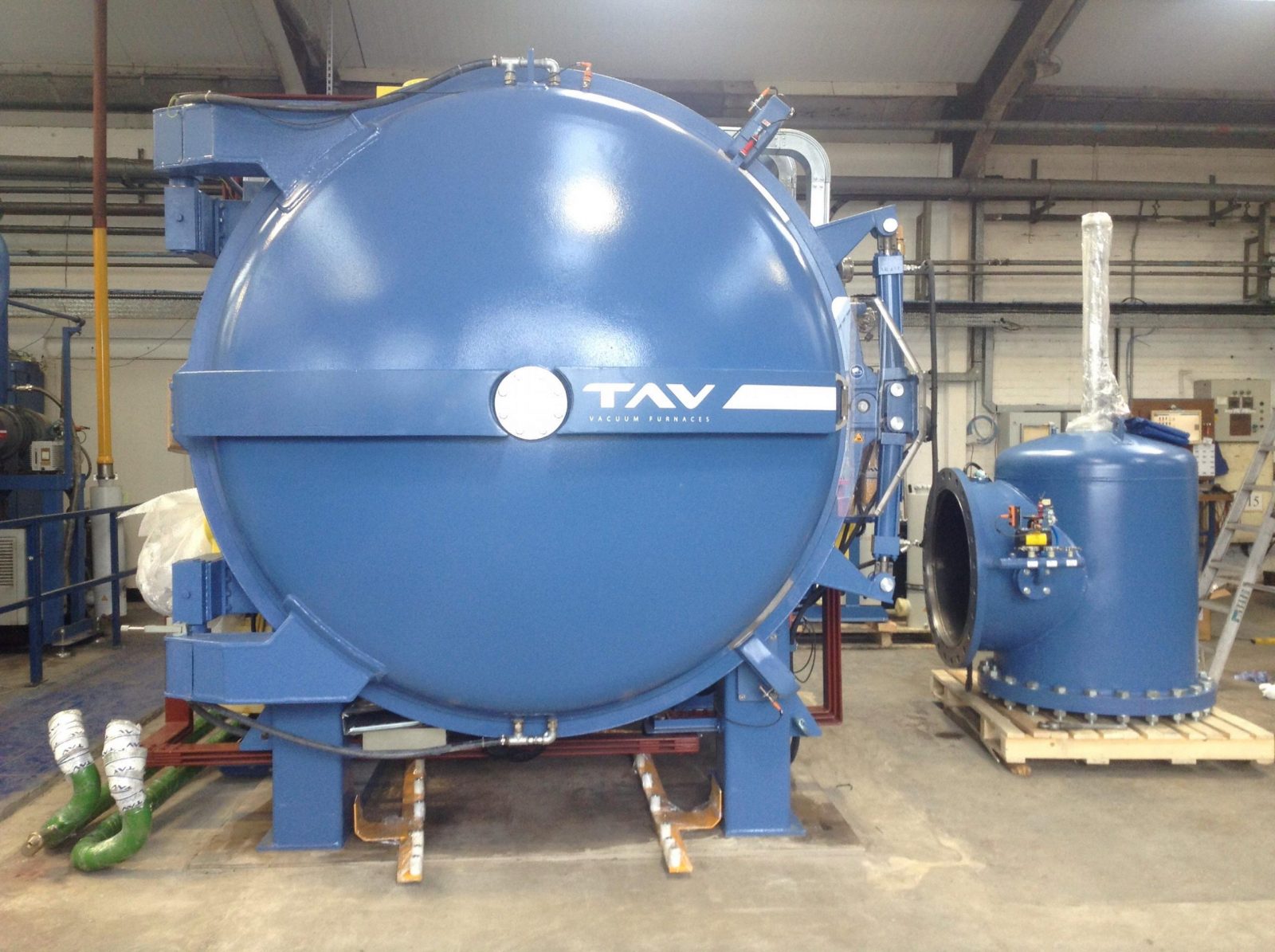 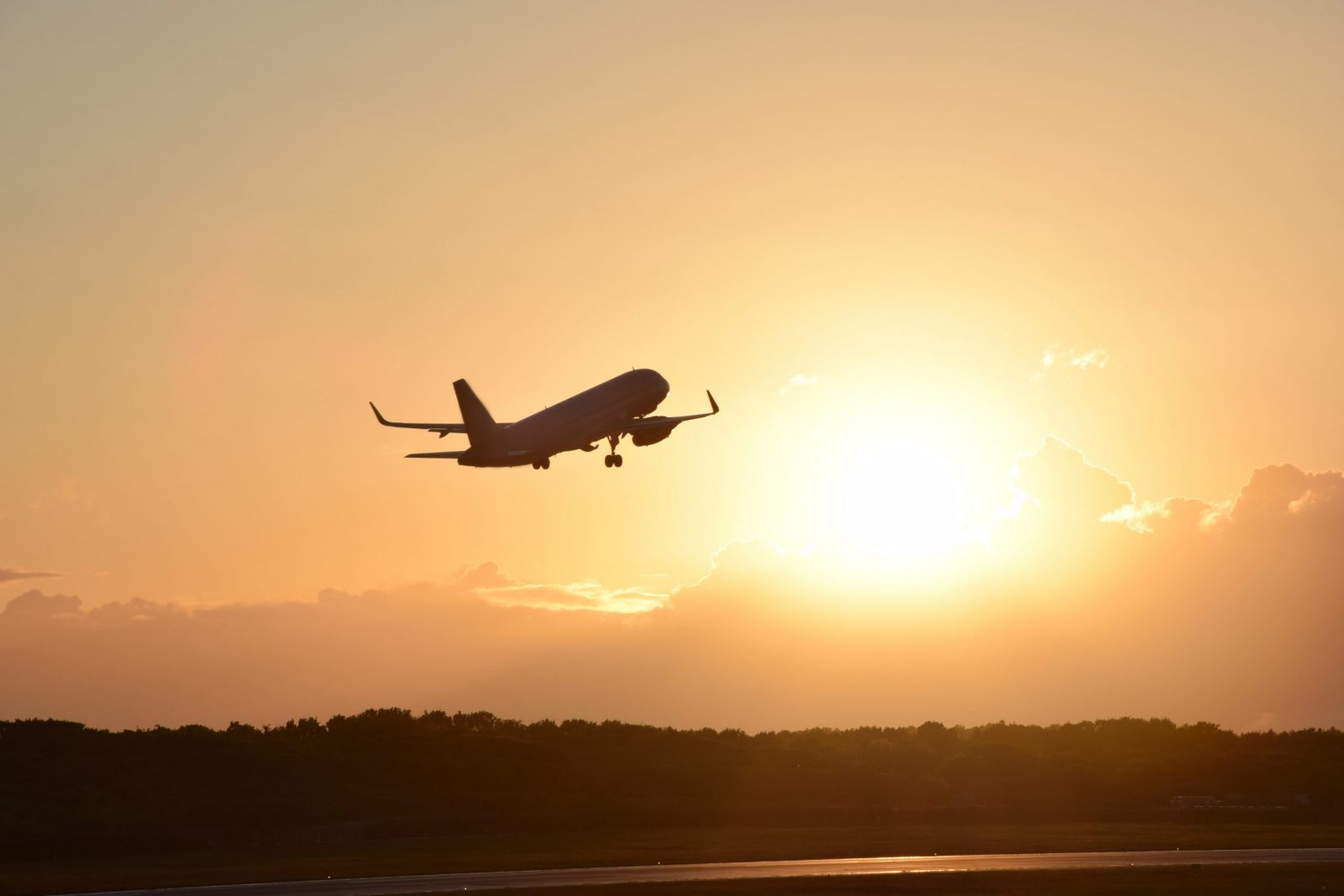 “Hubbard-Hall Inc., welcomes Joshua McClellan as Application Engineer-Cleaning and Becky Cavazuti as Customer Engagement Key Accounts Manager. These roles are critical in expanding Hubbard-Hall’s services in metal finishing operations and achieving customer’s goals with less cost, complexity, and chemical consumption. Hubbard-Hall is known for providing tank side expertise that takes into account a customer’s entire process. In his role as Application Engineer-Cleaning, McClellan will focus on educating Hubbard-Hall’s customers on water base cleaners and processes out of the Inman, SC facility. Cavazuti joins the team to support Hubbard-Hall’s commitment to a responsive 24-hour turnaround and 100% issue resolution. As Customer Engagement Key Accounts Manager, Cavazuti will provide support to strengthen customer relationships and responsiveness to the company’s Northeast customers.” 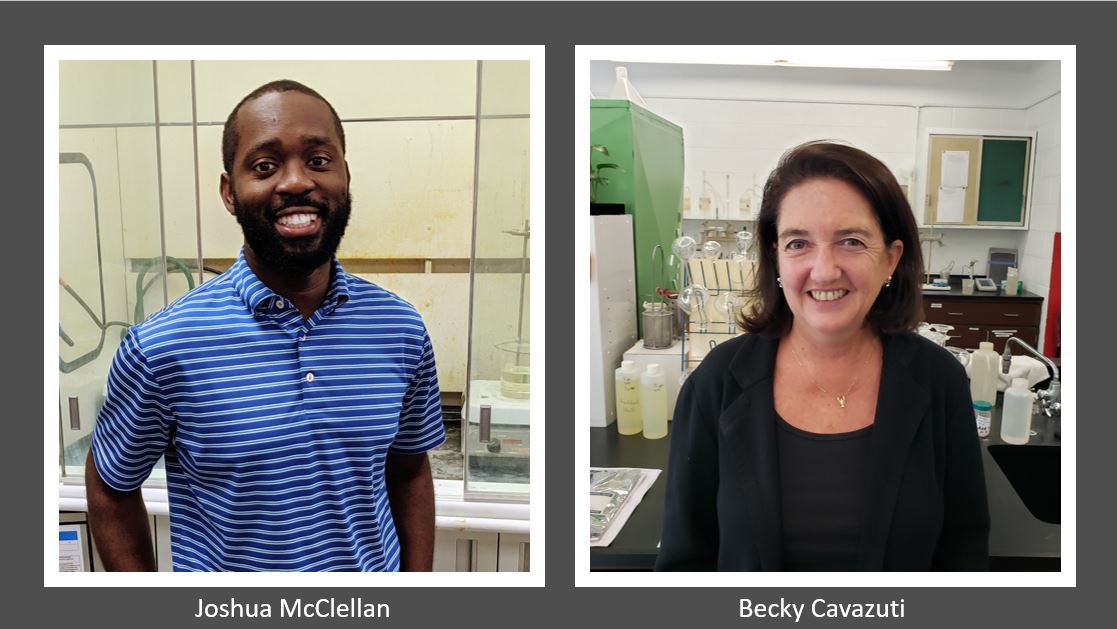 Going through some of our file photos we came across this one which is one of the coolest, heat treating pictures we have seen. It shows flame hardening of a large part at Penna Flame in Pennsylvania, USA and we took it last year.