Our Monday Morning Briefing for June 1, 2020 starts off in Italy at a commercial heat treater by the name of Grupo TTN. The company is in the news today as they are just installing a very large batch IQ furnace built by Italian furnace builder Meapforni. The furnace has a capacity of 3,000 Kg (6,600 pounds) and is part of a modernization by the company. By way of background we have this summary of Grupo TTN from when we visited 1 year ago; “Gruppo T.T.N./Italy. Last week we had the chance to visit commercial heat treater Gruppo T.T.N., at their headquarters in Nerviano, Italy which proved to be a rather interesting experience. The family owned group consists of 9 locations, all in northern Italy with a total of 500 employees-now 9 plants and 500 employees would rank the company as one of the largest commercial heat treaters in Europe and even the world for that matter.  As far as we can tell there are no processes the company does not have-Induction, Vacuum, Salt, Gas & Plasma Nitriding, annealing, Quench & Temper, Vacuum Carburizing-there is literally not a process we can think of that the company does not have.” 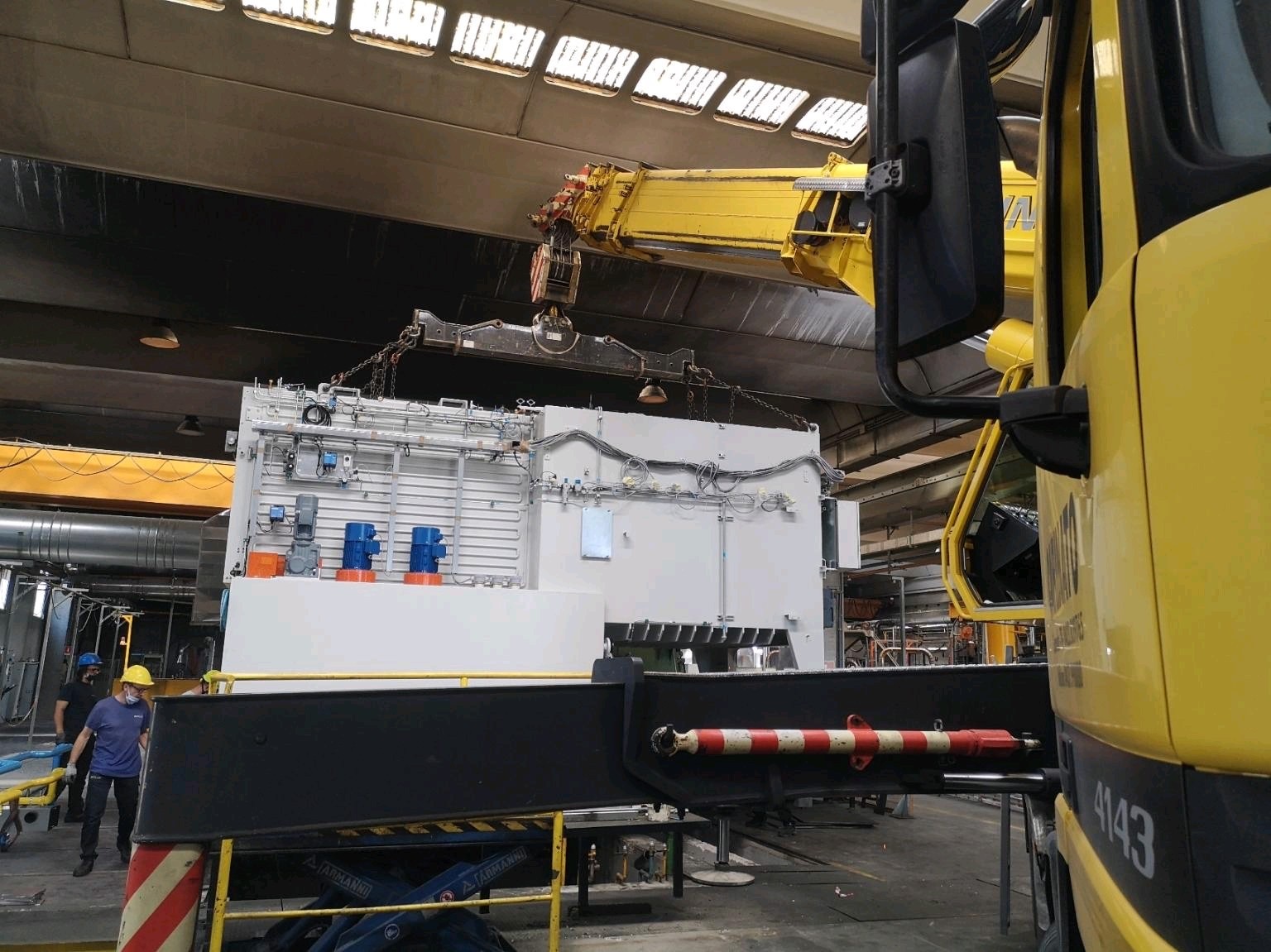 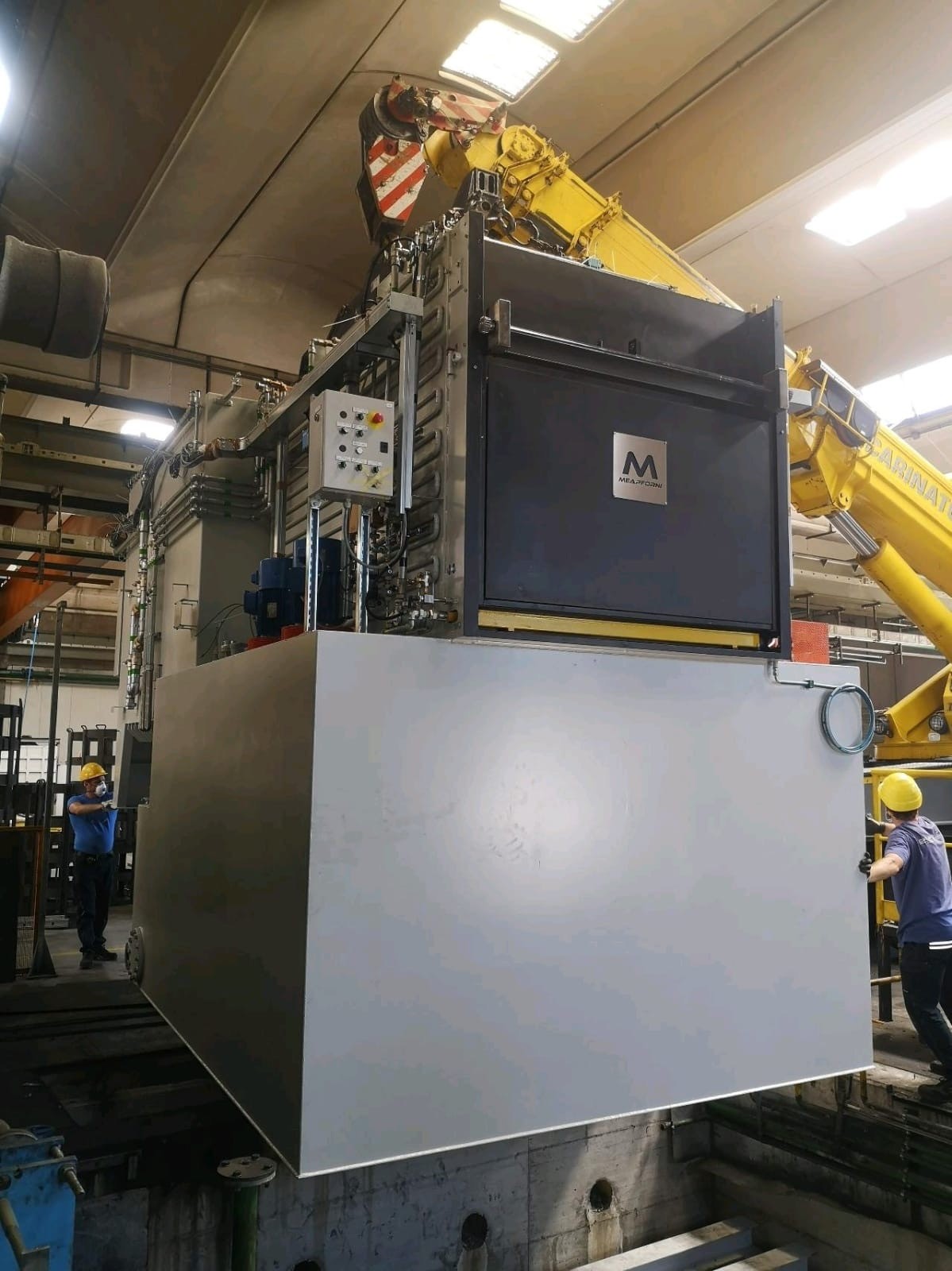 Dana Corporation in Lima, Ohio, USA suffered a small fire in their heat treat department last Thursday. This facility operates 6 batch IQ furnaces and a couple of continuous furnaces. “Employees of Dana Corporation evacuated the building after a fire broke out Thursday morning. No employees or fire department personnel were injured. The Bath Township Fire Department responded to the plant at 777 Bible Road, Lima, at 9:45 a.m. Upon arriving, firefighters observed light smoke coming from the building through doors at the ground level. Employees already evacuated the plant before the fire department arrived. Firefighters, Dana maintenance employee sand the Lima Fire Department got the fire under control within 30 minutes. The fire was located in a furnace used as part of the manufacturing process. The plant sprinkler system also activated. A damage estimate wasn’t available Thursday afternoon, pending an investigation by Dana officials. The cause of the fire was determined to be accidental and not suspicious. Firefighters were on scene for about two hours.”

Darrell Manente, Director of Vac Aero Furnace Manufacturing in Oakville, Ontario, Canada has retired. Darrell worked for Vac Aero for 33 years and led the Furnace Manufacturing division for 14 years. Vac Aero is a manufacturer of vacuum furnaces as well as a commercial heat treater. The company recently made our list of the largest commercial heat treaters in North America https://themonty.com/project/largest-north-american-commercial-heat-treats-august-2020/ 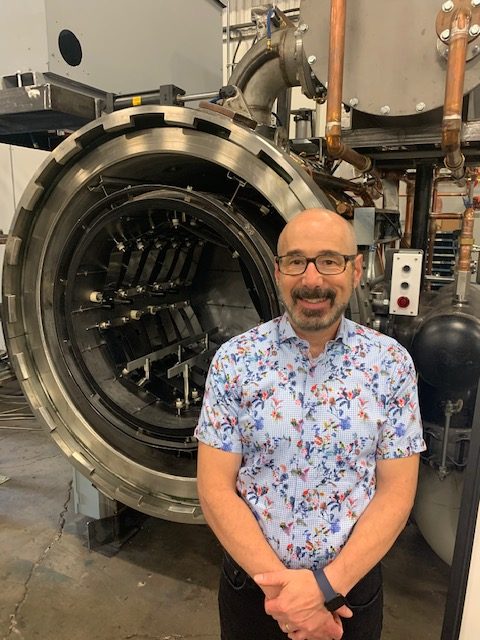 In other people news we see that Shelley Lusas have been appointed to Director of Marketing for Hubbard-Hall Inc. (their banner ad can be found on this page). “Hubbard-Hall Inc., the oldest independent chemical distributor in the U.S., announced the promotion of Shelley Lusas to Director of Marketing effective May 14, 2020. Lusas joined Hubbard-Hall in 2017 as a Marketing Manager and during her tenure, has shifted the company’s marketing efforts from a traditional approach to a more modern, digital and fully integrated approach that prioritizes Hubbard-Hall’s strategic product lines.  In this newly created role, she will report directly to CEO Molly Kellogg and continue to manage Traci Conroy, Marketing Communications and Content Manager.  “Since coming to Hubbard-Hall, I have been able to leverage all of those experiences to create integrated marketing campaigns and analyze the data for continuous improvements.  I am excited to collaborate with our Sales and Technical Teams and promote their deep expertise in cleaning, finishing and treating chemistries and ultimately, help our manufacturing customers be more efficient,” stated Lusas.  “During Shelley’s three years with the company, she has expanded the role, impact and reach of marketing and has proven herself to be an excellent marketer and effective team leader along the way, said Molly Kellogg, President/CEO of Hubbard-Hall. “I can’t wait to see what she does next.” 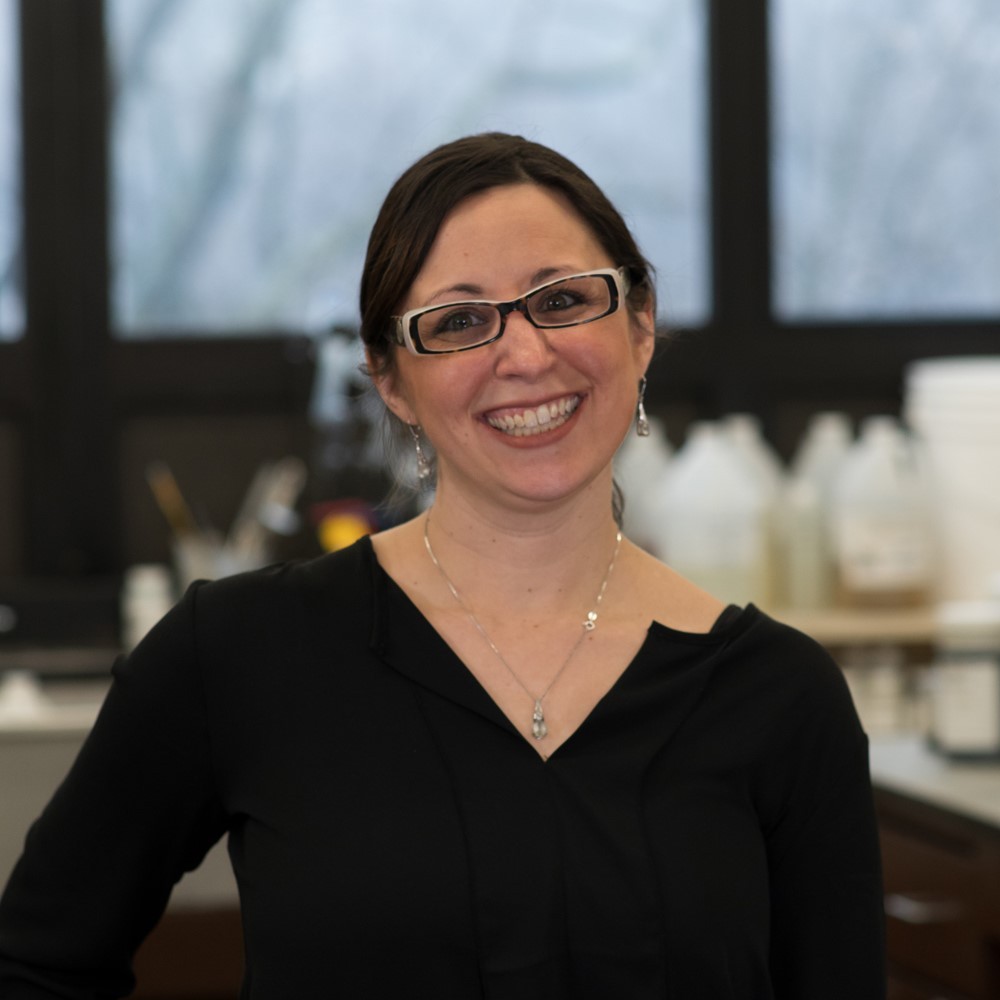 It was a number of weeks back that we mentioned Metex Heat Treating in Brampton, Canada had ordered another mesh belt furnace line. Here is the official press release; “CAN-ENG Furnaces International Limited has recently been contracted to design and commission a 6,600 lb/hr Continuous Mesh Belt Atmosphere Furnace System for Metex Heat Treating Limited of Brampton, Ontario, Canada.  This new system will be commissioned for the hardening and tempering of high-volume automotive critical fasteners, stampings, and assembly components. The system includes a computerized loading system, mesh belt controlled atmosphere hardening furnace, oil quench system, mesh belt tempering furnace, pre and post wash systems and CAN-ENG’s PET™ System. This contract will represent Metex Heat Treating’s 6th CAN-ENG Furnace System, providing Metex with over 400,000 lbs./day of continuous atmosphere processing capacity in addition to batch and Induction services, which are provided to customers across Canada and USA.”

In a sign that things are finally getting back to normal we see that commercial heat treater Paulo is re opening their Monterrey, Mexico facility. This facility was shut down for approximately a month for the very good reason that their customers in the auto industry were also closed down. 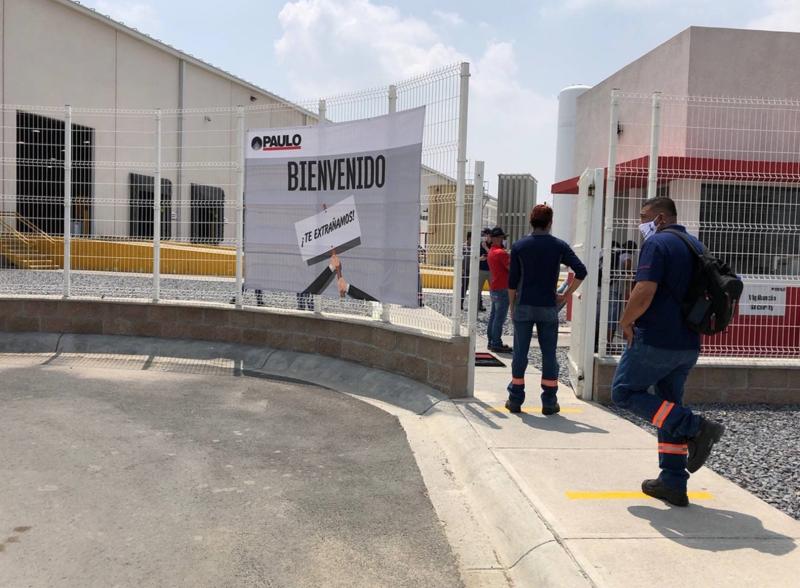 Last week we mentioned the very upsetting passing of Don Robbins, President of Cambridge Heat Treating in Cambridge, Canada. This release tells us how Don will be remembered.  “Don Robbins, 50, of Cambridge, passed away at home in the early hours of Friday, May 22, 2020. Don was the loving husband for 20 years to Tracey (Vincent) and amazing dad to Mikaela, Madi and Mack; whom he loved with his whole heart. Don was born in Cambridge on November 30, 1969 to Bob and Eleanor Robbins. Don and Tracey made a home together at Puslinch Lake where they raised their three children. Donny was a true family man. He was known for his quick wit, quirky grin and his kind and generous spirit. He was so passionate about his work at Cambridge Heat Treating (CHT), starting his fulltime career at the age of 15. He and his siblings took over the family business in 2000 and he became President of CHT in 2011. The company has just celebrated its 38th anniversary in business. Don was an active member of industry organizations and was a graduate of Metal Treating Institutes Young Executive Management Training Program. A hardworking man, Don also liked to play hard. He loved riding his Harley, taking trips to Silver Lake Sand Dunes to ATV and boating at the cottage. He also loved to fish and enjoyed fly in fishing trips. He held the world record catch and release for a 20 lb. test in 1994. He enjoyed spending time with his family whenever he could. Don was predeceased by his father Bob, nephew Chris and Bassett Hound Freddy. He is survived by his wife Tracey, his three children Mikaela, Madi, and Mack and his four legged son Murphy, his mother Eleanor, mother-in-law Karen Jessup, his brothers Peter (Lisa) and Randy (Barb), sister Cheryl Mortimer (Bob), brother-in-law Rob Vincent (Jill), nieces and nephews Michele, Stephanie, Brad, Jodie, Sawyer and Holden, as well as several aunts, uncles, cousins and friends. Due to COVID-19 restrictions, there will not be a funeral service. A celebration of life will be held at a later date in true Donny style. Donations in memory of Don can be made to the Grand River Hospital Renal Program accessed through the GRH website at www.grhosp.on.ca/help.” The photo below shows Peter and Don Robbins in the atmosphere portion of their facility. 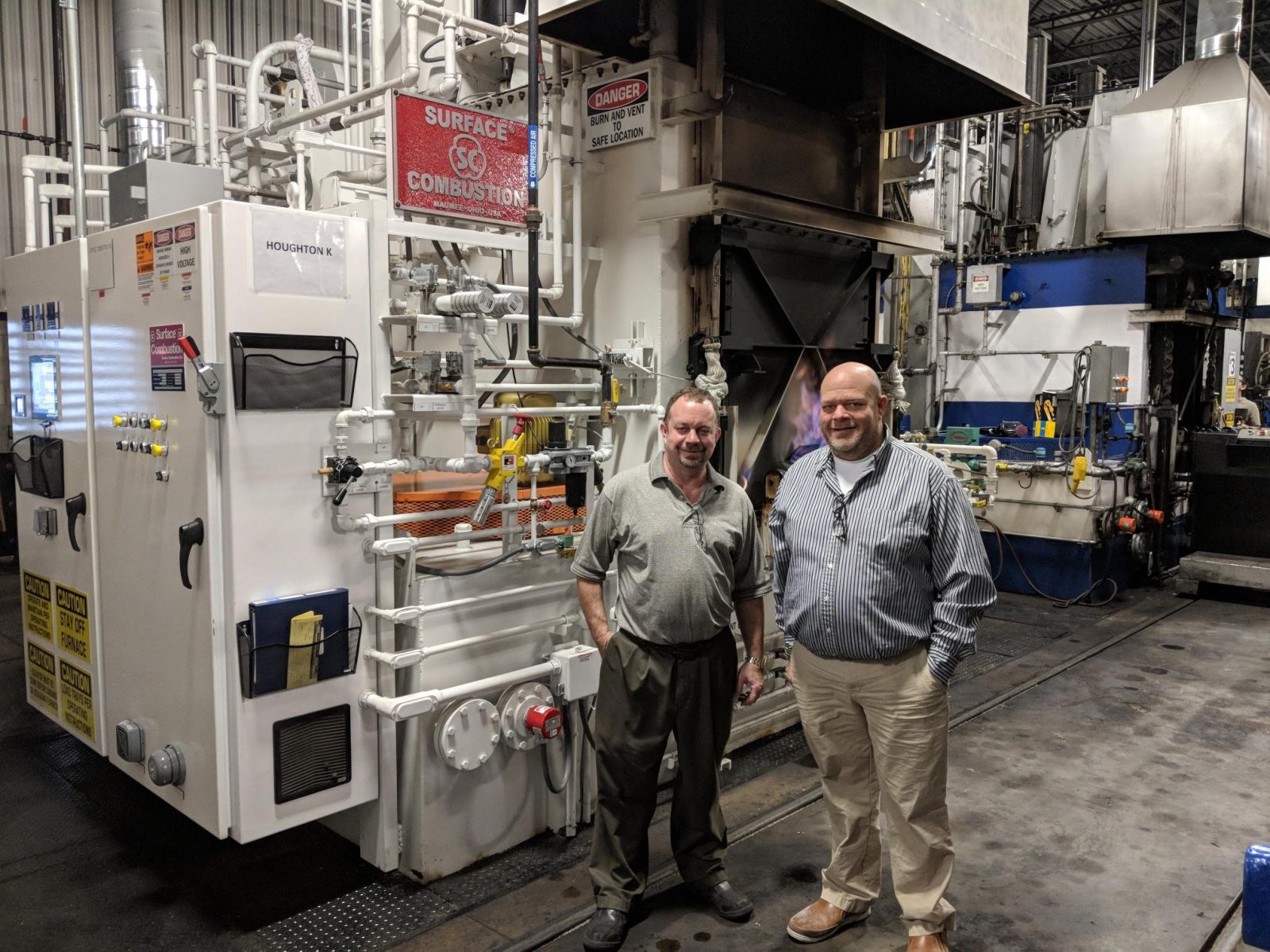