“Bodycote to consolidate three facilities in North America; MACCLESFIELD (U.K.) — Bodycote, the world’s largest provider of heat treatments and specialist thermal processing services, announced a restructuring plan in March 2020 which aims to better align parts of the heat treatment business to ongoing industrial trends. The global plan entails a renewed push for acquisitions in key territories, the modernization and expansion of a number of facilities as well as the consolidation of a few. The strategic review identified the need to consolidate three of the 72 North American facilities.  Bodycote is moving the capacity of the three locations, on 74th East Ave. in Tulsa, OK; Ronda Drive in Canton, MI; and County Road 1 in Elkhart, IN, into their sister facilities and closing the three sites. This will result in improved operational efficiency, increased available capacity and enhanced customer services in North America. The consolidation is now underway and is expected to be completed later this year. For more information on Bodycote’s heat treatments and specialist thermal processing services, visit www.bodycote.com 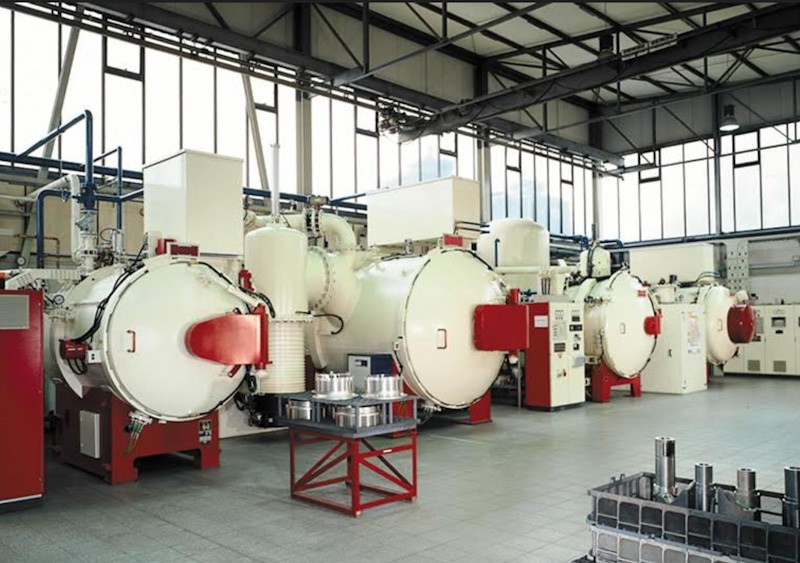 This is an upsetting news item, the passing of Thomas Crafton, President & CEO of furnace and oven builder Thermcraft.

“Thomas M. Crafton, President & CEO of Thermcraft Inc., September 25, 1952 – April 28, 2020. Thermcraft President, Thomas Morris Crafton, 67, of Winston-Salem, NC passed away Tuesday, April 28th, 2020. He was educated at Trinity High School in Washington, PA, West Virginia University and the Art Institute of Pittsburgh. Thermcraft was founded in 1971 by Tom’s father and mother, Morris L. Crafton and Clara Martin Crafton. In 1978 Tom and his wife, Nancy, moved to Winston-Salem where Tom joined his parents working at Thermcraft, Inc. He was a successful businessman and was greatly admired by his colleagues. Tom became President & CEO of Thermcraft, Inc. and expanded the company internationally. He has given presentations about small businesses in Washington DC and has relationships with companies throughout the US, Europe and Asia.

Tom was passionate about travel and he loved to travel the world, visit with customers and talk about the many places he had been and things he’d seen. Tom had a witty sense of humor and was always quick with a comeback. He loved fast cars, guns, music, guitars and spending time at Lake Norman. But most of all, he loved his family. As successful as Tom was, his daughters and grandchildren were his greatest accomplishments. His strong will and determination can be seen in each of his grandchildren and he thoroughly enjoyed watching them grow. He loved life and lived it to the fullest.

Tom was not a large man physically, but he cast a huge shadow personally and professionally. During his daily presence at Thermcraft, Tom mentored, counseled and advised his employees, many of whom he considered his friends. He will be missed by everyone who knew him. Tom was preceded in death by his father, Morris L. Crafton and his mother, Clara Martin Crafton. He is survived by his wife, Nancy Crafton, and his three daughters and their families, as well as one sister and her family. The family would like to express their gratitude for the compassionate care given by Dr. Powell and the nurses on 6CC at Wake Forest Baptist Health. A celebration of life will be held at a later date TBD. In lieu of flowers, memorial donations may be made to The Leukemia and Lymphoma Society or Second Harvest Food Bank of Northwest North Carolina at 3655 Reed St. Winston-Salem, NC 27107.” 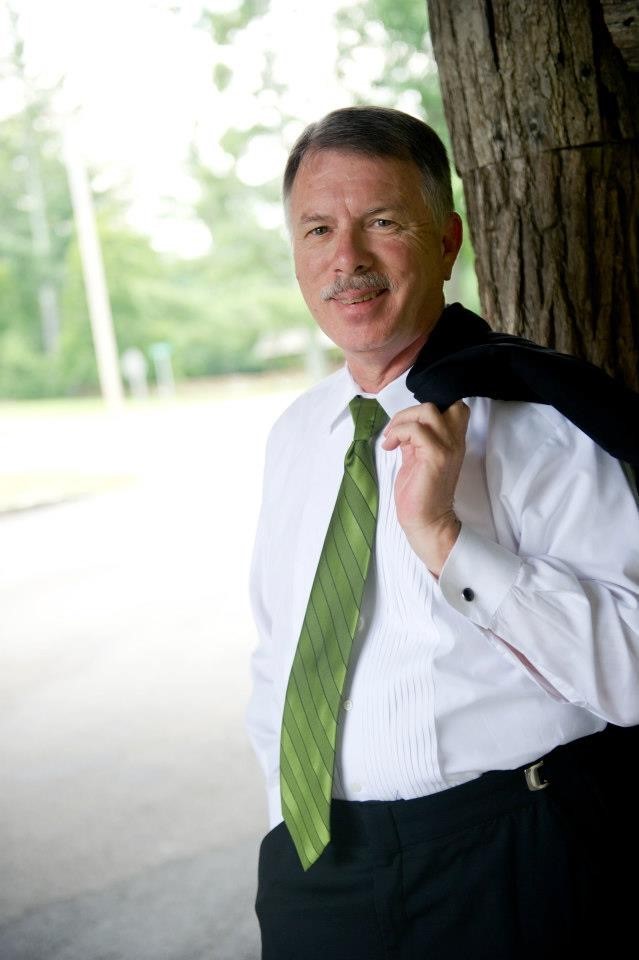 SECO/WARWICK recently landed an order for a RLHE electric roller furnace for heat treating large bearing rings. The line, based on the RLHE-120.510.20-1000 roller furnace, is designed for heat treatment of large bearing rings with diameter from 980 to 1180 mm, which are used in the production of the world’s largest trucks, the dump trucks working in the mining industry. The whole supplied technological line consists of: a transport system with a set of manipulators, an electric roller furnace type RLHE-120.510.20-1000, a hardening press with matrix instrumentation and a control system with a master system for data visualization and archiving. The end customer, OAO BELAZ is a dump truck manufacturer located in Belarus. 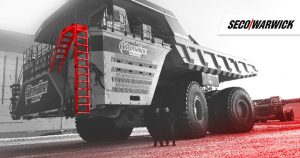 Can-Eng Furnaces recently received an order from a major U.S. automotive parts supplier for the complete overhaul and refurbishment of a cast link-belt normalizing furnace. Designed and manufactured by Can-Eng in 1996, the equipment was originally rated at 27,000 pounds/hour of hot-charged, closed-die forgings. It was known to be one of the largest cast link-belt furnaces in the world at the time of its manufacture. The refurbishment project will take place in Can-Eng’s Niagara Falls, Canada plant and will consist of a complete refractory reline, new combustion system, new control panel and a Level II automation system. The furnace shell, hearth and return rolls will be refurbished to near-new condition. The furnace line will go back into operation in the first quarter of 2021 and will be used for normalizing alloyed automotive forgings. 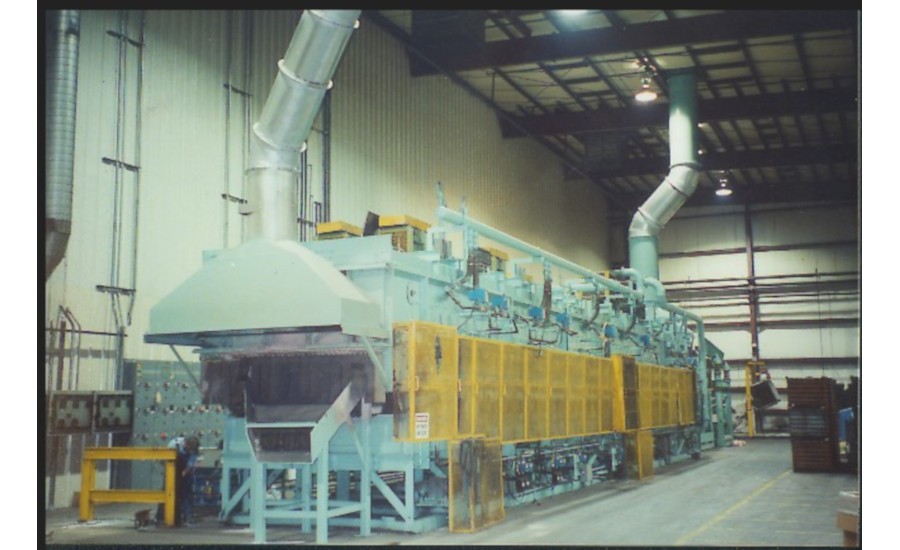 So how are we doing these days? According to MTI (Metal Treating Institute, the largest commercial heat treat organization in North America) things were not good in March 2020 as compared to March 2019 which is no surprise to anybody. Most areas of North America saw double digit sales drops with only one exception, the US North East eked out a small increase. April sales figures will tell the real story. Where are they now-Olivier Chevre. For a number of years Olivier was Sales Manager for Swiss furnace builder Codere but we see he had made a move to what appears to be a company totally out of the heat treatment field. We have this photo of Olivier from the recent heat treat show in Moscow, Russia last fall. Codere is known around the world in the heat treatment field and their banner ad can be found on this page. 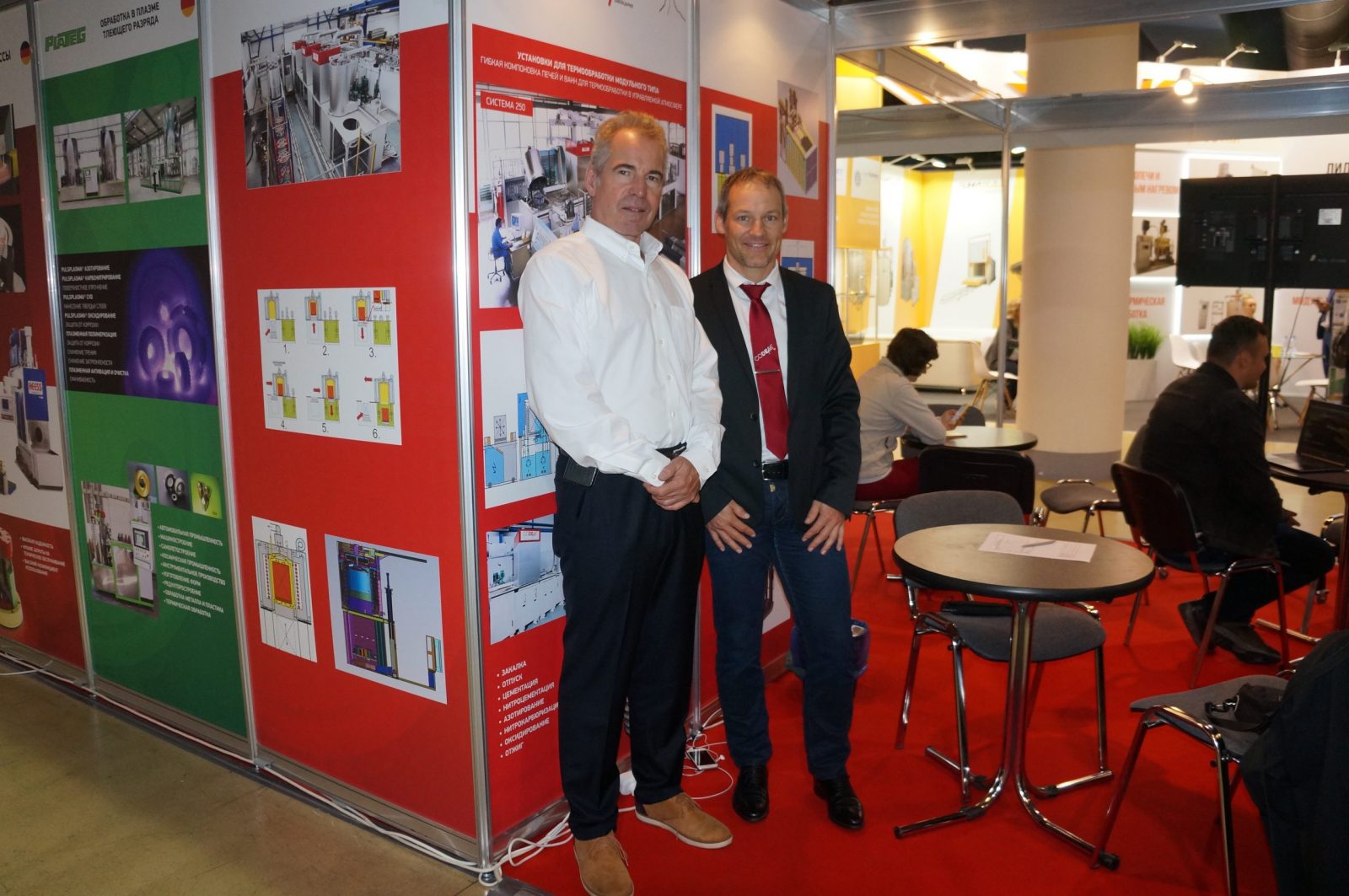 In upcoming news we have two very interesting items on the agenda for this week. The first is our list of the 30 Largest North American Commercial Heat Treaters based on 2019 sales. This year we see that 1 Mexican company and 2 Canadian companies are on the list. The second very interesting news item has to do with Nitrex. Tuesday the company is having a webinar about changes, we are not entirely sure what they are but we will have all the details for you later this week.