Today Monday, April 27/2020 “The Monty” will start off our Monday Morning Briefing with heat treatment news from the UK. Mike Long of Vacuum & Atmosphere Services Ltd., tell us about how captive heat treater Krohne UK will be installing the largest diffusion pumped vacuum furnace in the UK. Mike also tells us about the health of the heat treatment industry in the UK and how they are coping with COVID-19;

“Vacuum & Atmosphere Services Ltd, despite the current crisis, have remained open for business for ‘essential’ industries only. Having ‘furloughed’ 70% of our staff, we still operate with 10 Engineers and 2 Admin staff. We have maintained a healthy level of business. A majority of projects have been put on hold following the UK lockdown, but several projects, for essential businesses still go ahead. Currently we are manufacturing 1 control panel and 2 new control systems, all with Allen Bradley PLC’s and with our new VCS+ version II control system. We also have 4 graphite hot zones in build, all to be delivered by end of May. Our emergency service visit business, is very busy, with Engineers travelling daily. Next week we start the decommissioning and relocation of a top loading vacuum furnace. Once installed VAS will then fully commission and support the process of achieving NADCAP accreditation. With no hotels or accommodation available our Engineers are working long hours due to travelling. All Engineers must carry travel documents, from both VAS and the customer. 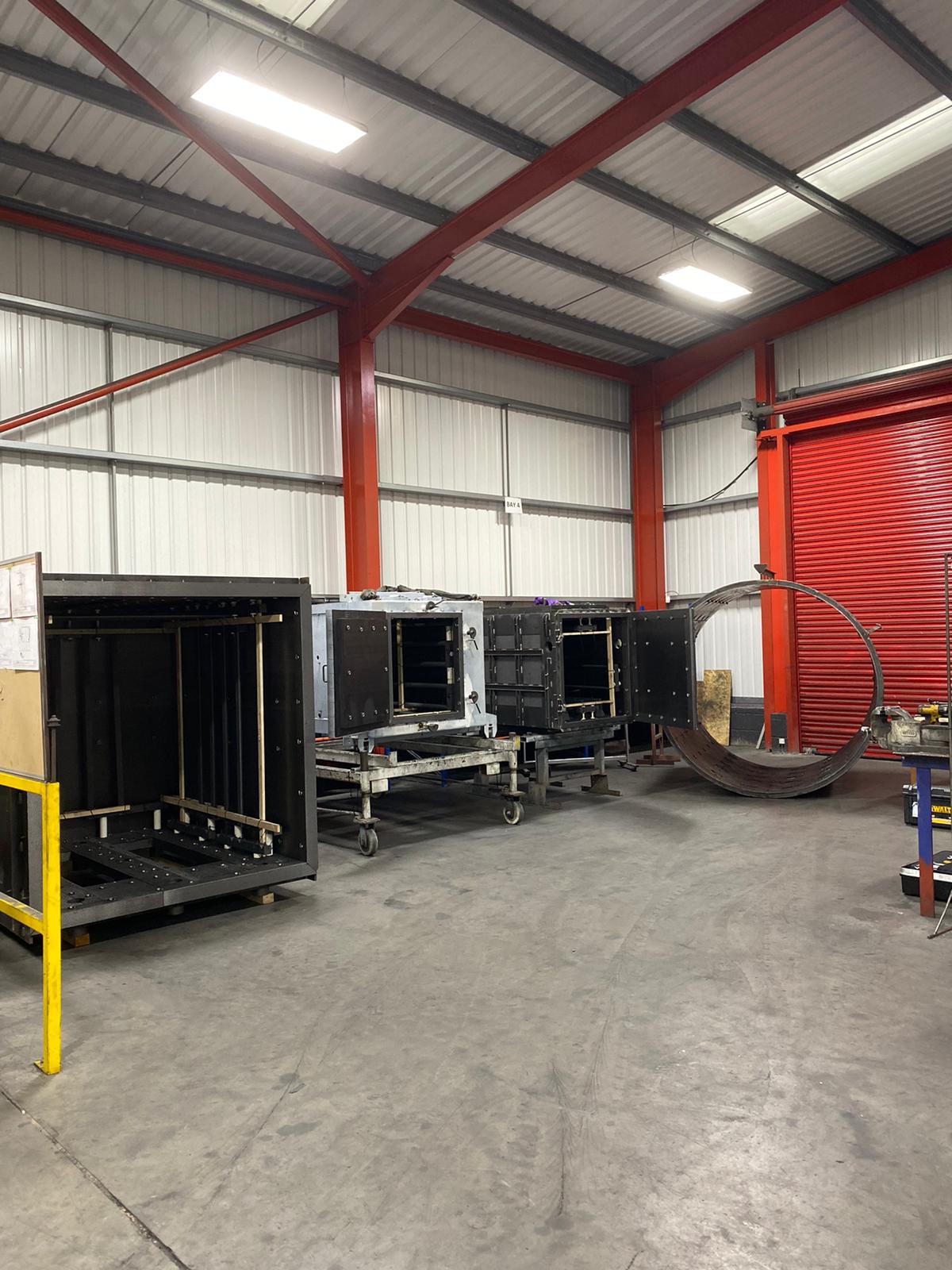 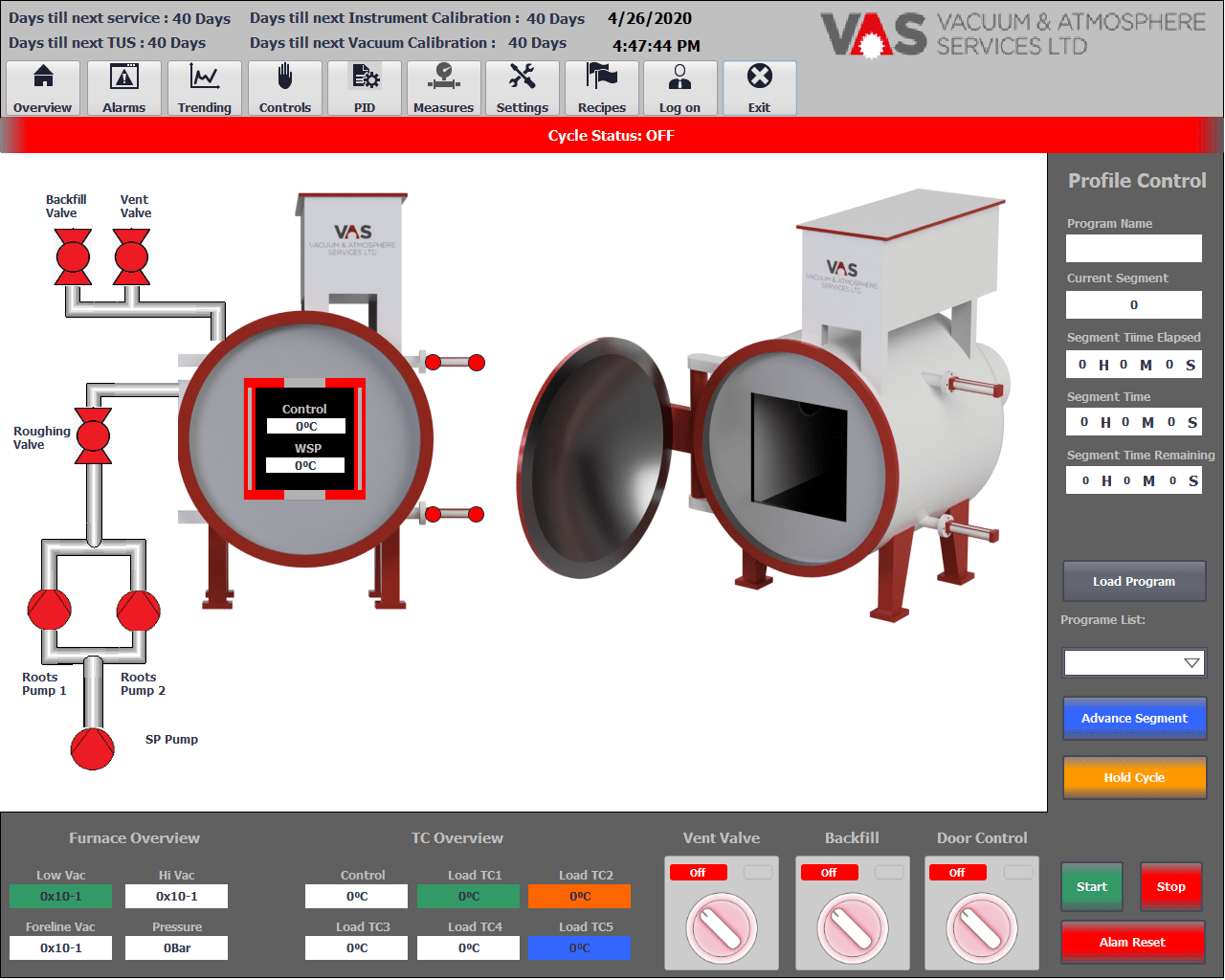 Our sister companies Vacuum Pump Services Ltd (VPS) and VPS (North) remain open, again only supporting essential industries. Both VPS companies are offering on site and off site pump repairs and servicing. These new businesses were thriving before the crisis and again they are maintaining a healthy level of business, with limited staff. Due to the current crisis, the opening of VPS (Midlands) has been delayed until the end of 2020. Our Spares department also remains open and with great support from our suppliers, we are helping keep our essential industry customers in production.

At this troubled time, VAS are not only busy supporting essential industries, we are busy planning for the return of our employees and for the future all of our businesses. Training courses are being planned for our Engineers, ‘post’ COVID 19 sales strategy implemented, new sales office being built, new computer system installed (by our own Software Engineers) and new stores system in build. Whilst sales are currently very low at this time, there is reason to be optimistic and we are confident all our staff will return in the coming weeks. Finally VAS, VPS and VPS (North) have all agreed to raise funds for our amazing NHS and its tremendous staff. We will donating 5% of all spares and service orders between now and December 31st to the NHS. 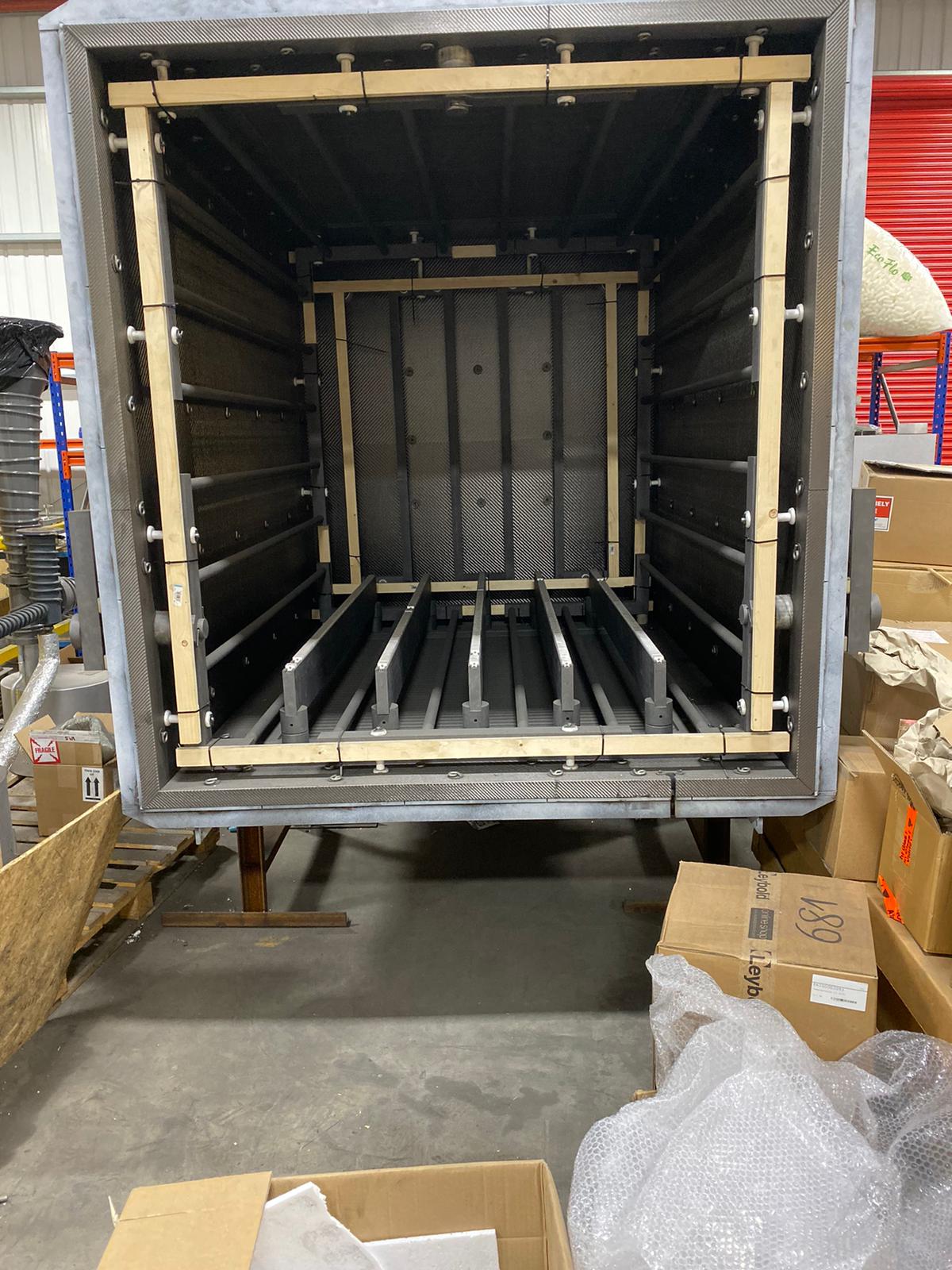 Largest North American Commercial Heat Treaters-Solar Atmospheres. Our upcoming list of the largest North American heat treaters will include in the top 10 Solar Atmospheres. Bill Jones, founder and owner of the company is known as a very open individual by all who know him so it is no surprise that when we approached him about the size of the company he very obligingly provided very complete details about the size of the company. This is a brief summary, more details will be forthcoming. “Solar has five heat treat plants, two in Souderton, Pa., one in Hermitage, Pa.,  one in Fontana, Calif., and one in Greenville, S.C. Total sales in 2019 $61.2 million USD. Employment is 220 employees or $280,000 per, generating solid operating profits.”

Auto makers General Motors Co., , Ford Motor Co., and Toyota Motor Corp., are all making plans to open some or all of their North American plants by early to mid May. A major Canadian auto parts supplier confirmed to us that they have restarted some of their furnaces and all will be in production by mid May but what will these companies be returning to? ALG, a subsidiary of TrueCar is forecasting a worst case scenario of a 34%-plus slump in vehicle sales this year in the U.S. but says the probable outcome is a drop of 23%. This would mean total vehicle sales of 13.2 million vehicles as opposed to 17,047,725 units shipped in 2019. While other forecasts differ slightly all agree that auto sales will fall dramatically this year in every area of the world. Think about that decline for a moment. A 23% drop means that for the foreseeable future there will be that much excess capacity in the batch IQ furnaces, continuous furnaces, vacuum carburizing systems and pusher lines serving the automotive market. Now that is a scary number.

Remember Friday we had a news item about a fire at S.M Engineering & Heat Treating in Massachusetts? Well news reports say that the fire was accidental and that it started in a furnace which tells us exactly nothing; “North Attleboro — A two-alarm blaze that broke out early Wednesday morning at S.M. Engineering & Heat Treating was accidental but the exact cause remains under investigation, Fire Chief Chris Coleman said. Investigators are trying to determine whether a machine at the company on Chestnut Street malfunctioned. Workers left the building before smoke was seen about 1 a.m. by firefighters returning from a separate alarm, Coleman said. The fire was contained to a furnace that contained oil and salt that is part of the manufacturing process, he said.”

In East Stroudsburg, Pennsylvania, USA we see a small heat treat is for sale. R & R Heat Treating is a fairly small commercial heat treater who has been in business since 1985. The current owner has decided it is not for him and consequently the company has been for sale for a number of months. From what we can tell it is nothing fancy but profitable with a loyal customer base. If you would like to speak with the owner just let us know. Who is Jim Moss and why is he building a heat treat? Out in the US Midwest a fellow by the name of Jim Moss is in the process of setting up a commercial heat treat. From these photos it would appear that the first furnace will be a car bottom. 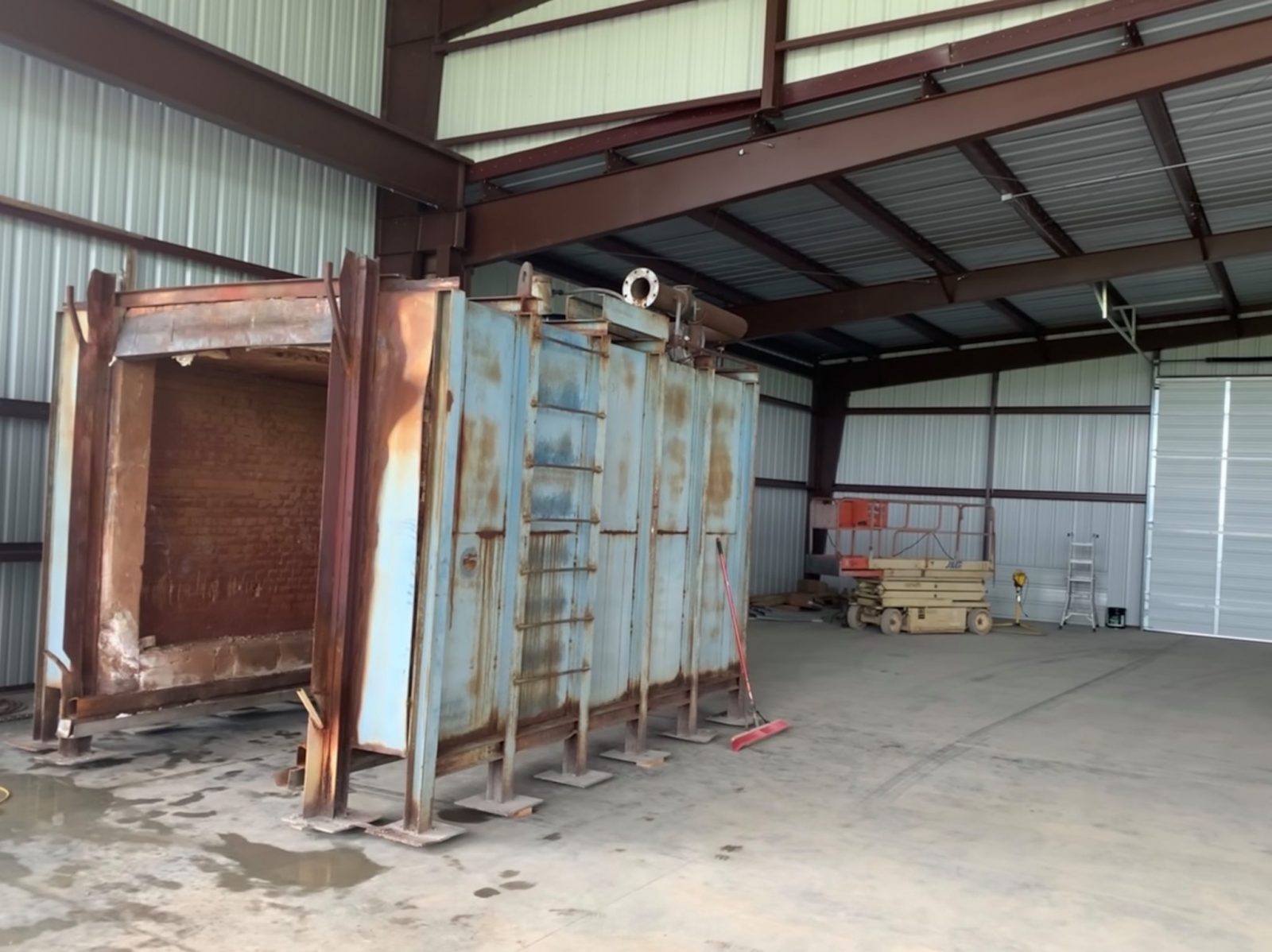 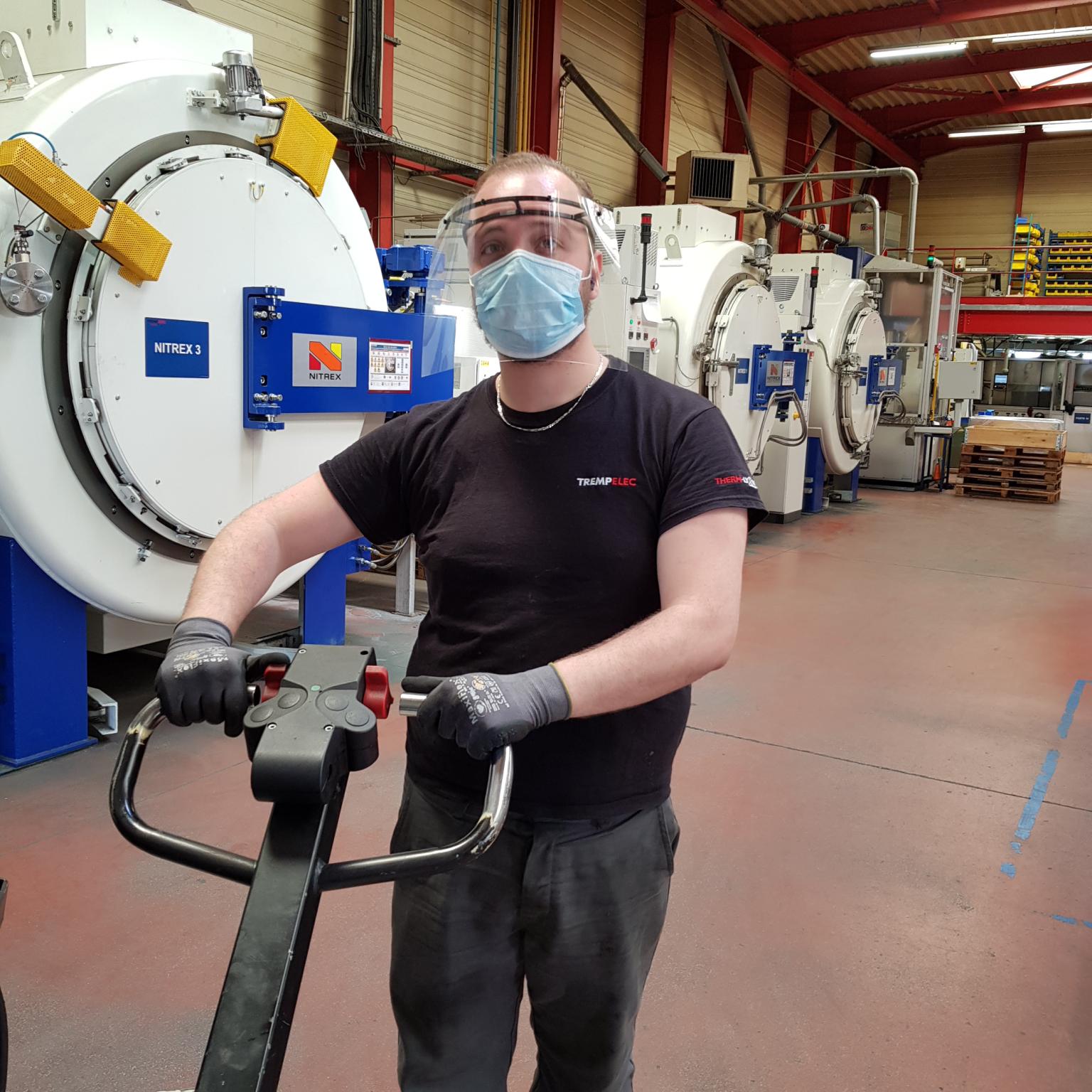