Back in 2016 NTN Driveshaft first announced the construction of a new plant in Anderson, Indiana, USA with an initial investment of $84.5 million and the creation of 300 jobs. Just last week the company announced a $58 million USD expansion of this facility which would bring total jobs to approximately 500. Needless to say we are mentioning this because part of this new investment will allow for in house heat treating. While we are speaking about manufacturers adding in house heat treating capacity another one which comes to mind is Komatsu Mining Corp. Group, in Milwaukee, WI, USA. Back in 2018 the company announced a $300 million USD investment in a brand new state of the art manufacturing facility, one which would include a new heat treating department. While we don’t believe any orders have been placed yet we do understand that these plans are moving forward.

Polish furnace manufacturer SECO/WARWICK issued a press release last week announcing that they had received an order from a fastener manufacturer by the name of STALMAX. “In the world of heat treatment, SECO/WARWICK is known for creating innovative technological solutions for heat and thermo-chemical treatment. STALMAX, a manufacturer of fasteners, has decided to invest in one such innovation, an ATG processing line based on a belt furnace for tempering in a protective atmosphere. The provided equipment is designed for hardening fasteners, such as bolts and nuts, intended for the automotive industry. The main element of the line is a belt furnace equipped with a muffle, in which the heat process is conducted in a protective endothermic atmosphere. The applied design solutions allow for a high evenness of temperature uniformity to be achieved. The automated process of the work of the line, equipped with a weighing system, enables a precise loading of the treated elements on the hardening furnace belt.”

In Clackamas, Oregon, USA (near Portland) we find a commercial heat treater by the name of Met-Tek who is celebrating their 50th year in business (we have had two photos of the company on the website in the past couple of weeks). Owned by a super friendly, happy guy by the name of Jerry Shriner the company is like many commercials in that it is family owned and run as Jerry works side by side with his two sons Jason and Brandon. We have two photos to go with this item, the first shows from the left Eric Wiegele, Jerry Shriner, Brandon Shriner, and Gord Montgomery in the vacuum department, the second shows part of the atmosphere department. 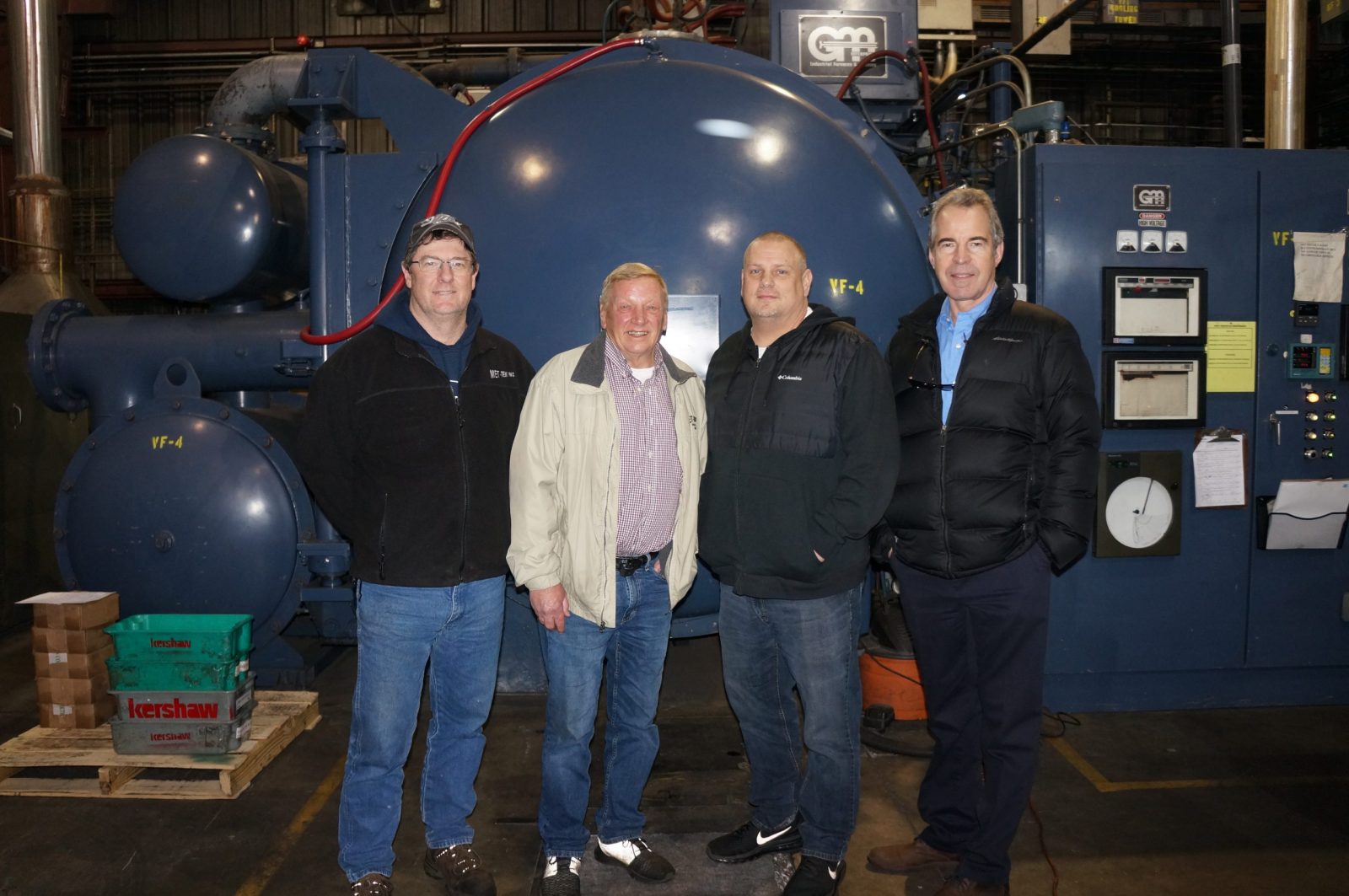 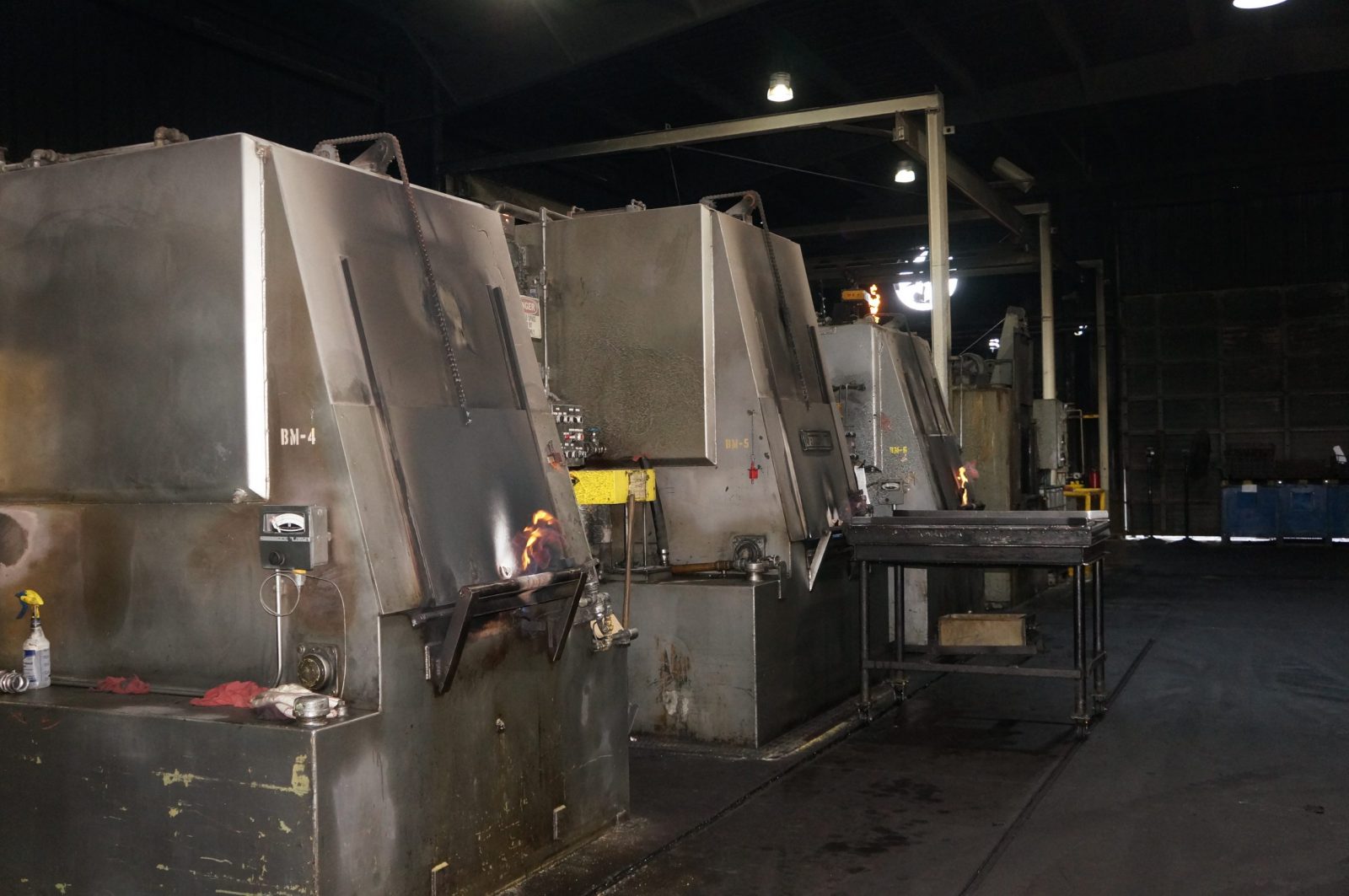 In Texas there was a fellow by the name of Paul Zettler who for a number of years ran a small company doing vacuum furnaces rebuilds and installs. He disappeared from the industry for a short while, until just last week when we received this e-mail from him. “Dear Gord, Rumors of my disappearance are greatly exaggerated.  Paul Zettler, formerly Senior Project Manager of Alphatek of Texas, Inc. has returned to availability to the Heat Treating Industry.  To say what happened, in a nutshell, we worked ourselves out of customers, by reducing downtime and increasing the reliability of our customers’ equipment!  Customers are reluctant to call on a service company, when the equipment is working properly, and even more reluctant to pay a bill when no service is being performed! We decided that due to the limited number of furnaces in Texas, and difficulty in providing our level of service at extended distances, that Alphatek had out lived its value to the industry and was liquidated in 2019. We now have re-joined a former firm that we were affiliated with a number of years ago, High Tech Services (www.hightechservices.com), of Richardson, TX, designing and building custom automated process equipment, supporting vacuum processes including Heat Treatment, and located in the Dallas Area.”

Buehler Celebrates the 100th anniversary of Wilson Hardness Testers. Everybody in heat treating has at some point or another run across a Wilson Hardness Tester. Well the company is celebrating 100 years in the business; “Lake Bluff, Illinois… Throughout 2020 Buehler is celebrating the 100-year anniversary of its acclaimed Wilson® hardness brand which was originally known as the Wilson Mechanical Instrument Company. Here Stanley Rockwell and founder Charles H. Wilson introduced the Rockwell hardness tester, an industry standard. Later, Wilson became the home of the legendary Tukon line of micro-indentation testers – renowned for Knoop and Vickers testing. These early inventions revolutionized industry and paved the way for Wilson today, with innovations that improve usability and allow for full connectivity and automation like the DiaMet software and the powerful and versatile Universal hardness tester.” 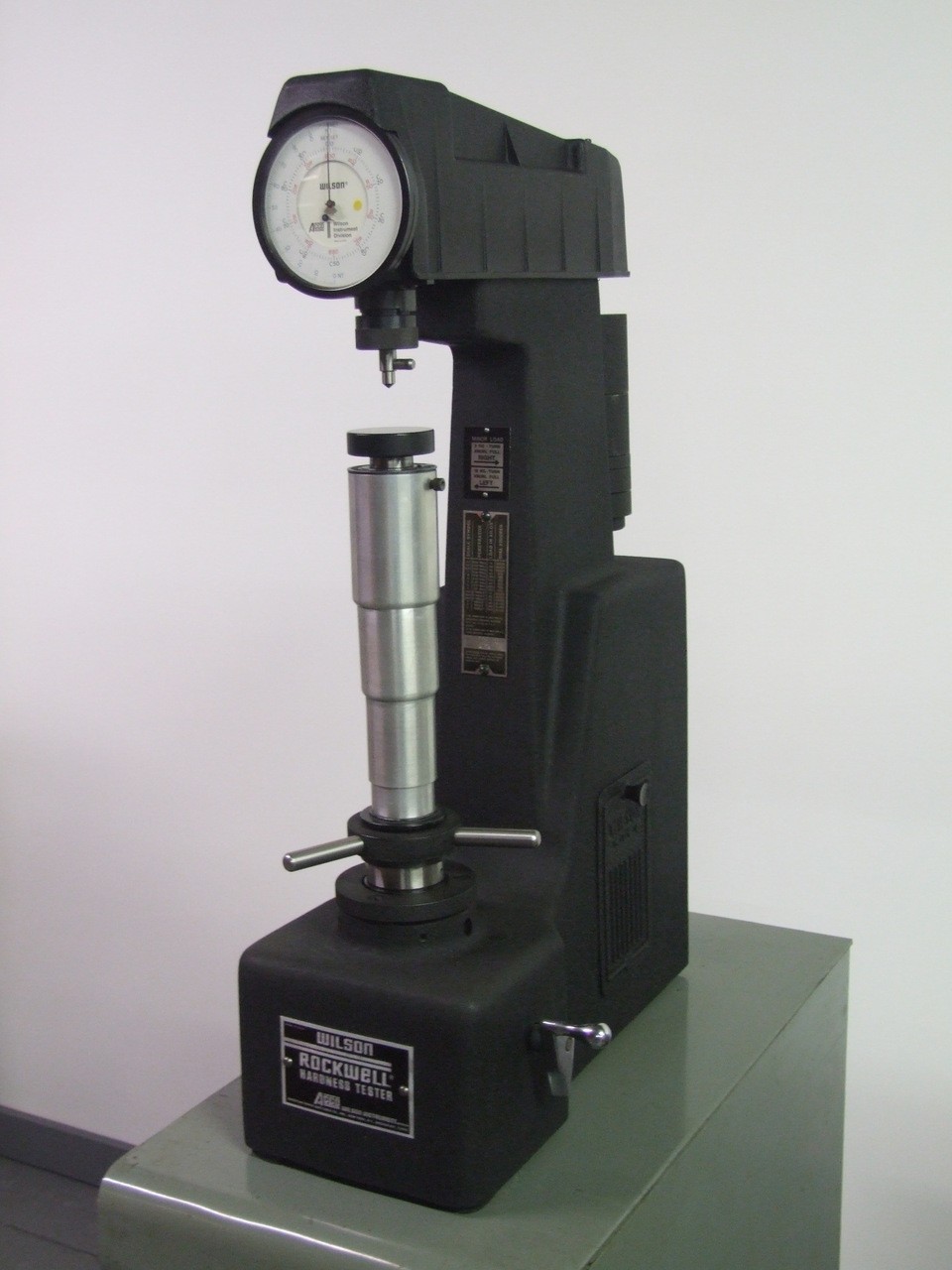 March 26th & 27th alloy provider Frieder. Lohmann GmbH of Germany will be hosting a “Pit Furnace Symposium” in Düsseldorf, Germany. In attendance will be speakers from companies such as Aichelin, KGO, SECO/WARWICK, Mesa Electronics and others. It’s interesting that pit furnaces are far more common in Europe as opposed to North America and we have never been entirely sure why. One of the sponsors of the event is commercial heat treater Reese, of Germany and they boast the largest pit carburizing furnace in Germany, a photo of which you can see below. 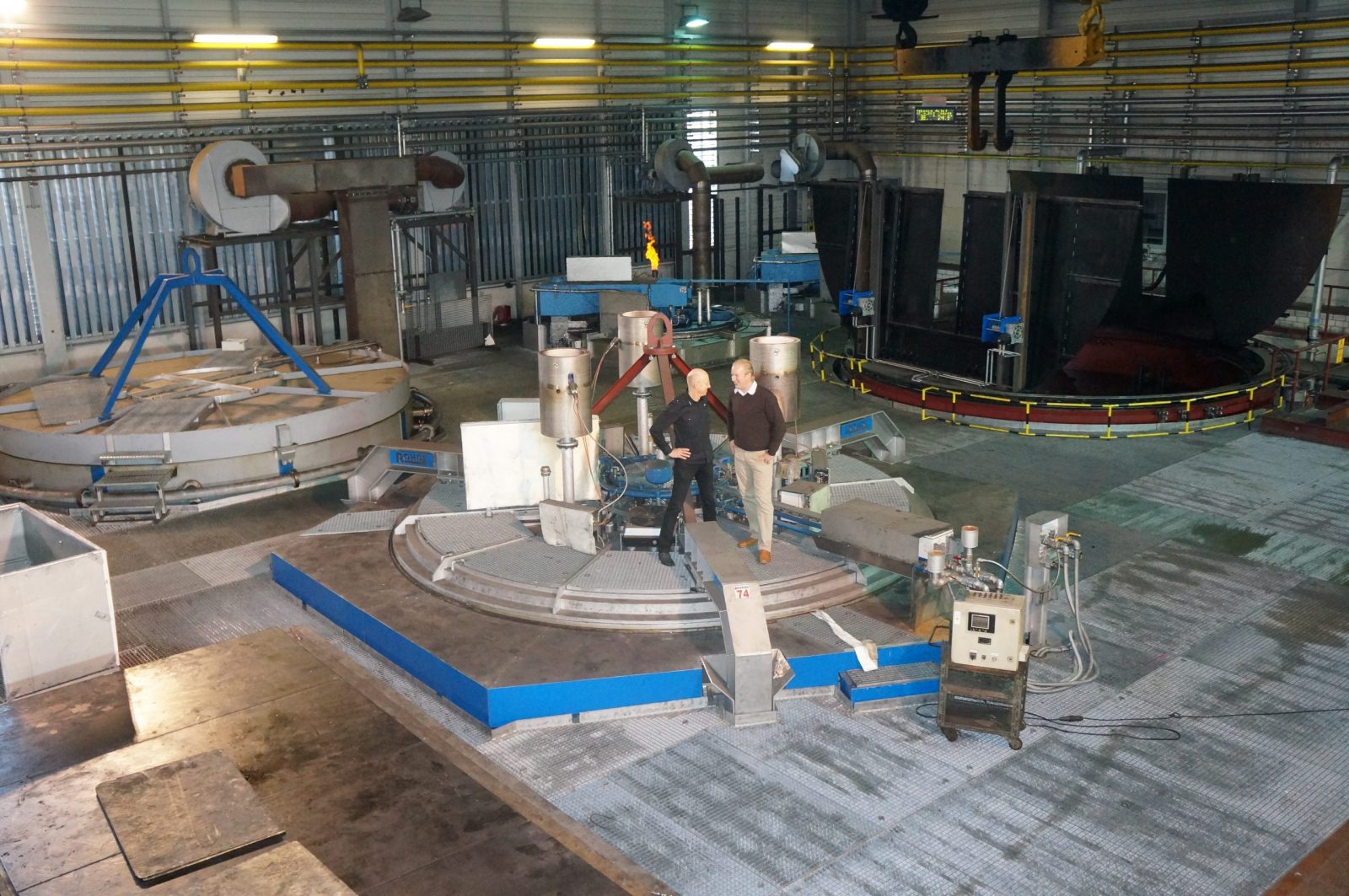 Wall Colmonoy Announces Spring Session of Modern Furnace Brazing School in USA May 12-14, 2020. “Take Part in the Only Hands-On Brazing Seminar. Preserving the tradition originated by the late Robert Peaslee, a brazing pioneer who invented the first nickel-based brazing filler metal, Wall Colmonoy offers a spring session of Modern Furnace Brazing School on May 12-14, 2020 at Wall Colmonoy’s Aerobraze Brazing Engineering Center in Cincinnati, Ohio. Engineers, technicians, quality managers, production managers, and others will participate in “hands-on” practical applications while learning about brazing technology from the industry’s leading brazing engineers. For over 60 years, Wall Colmonoy engineers have been gaining practical experience on actual problems in brazing plants around the world.” In France commercial heat treater Thermi-Lyon (the second largest in the country) was recently awarded heat treating certifications for their Thermi-Picardie location by Caterpillar. The certification covers several areas including this Nitrex gas nitrider. 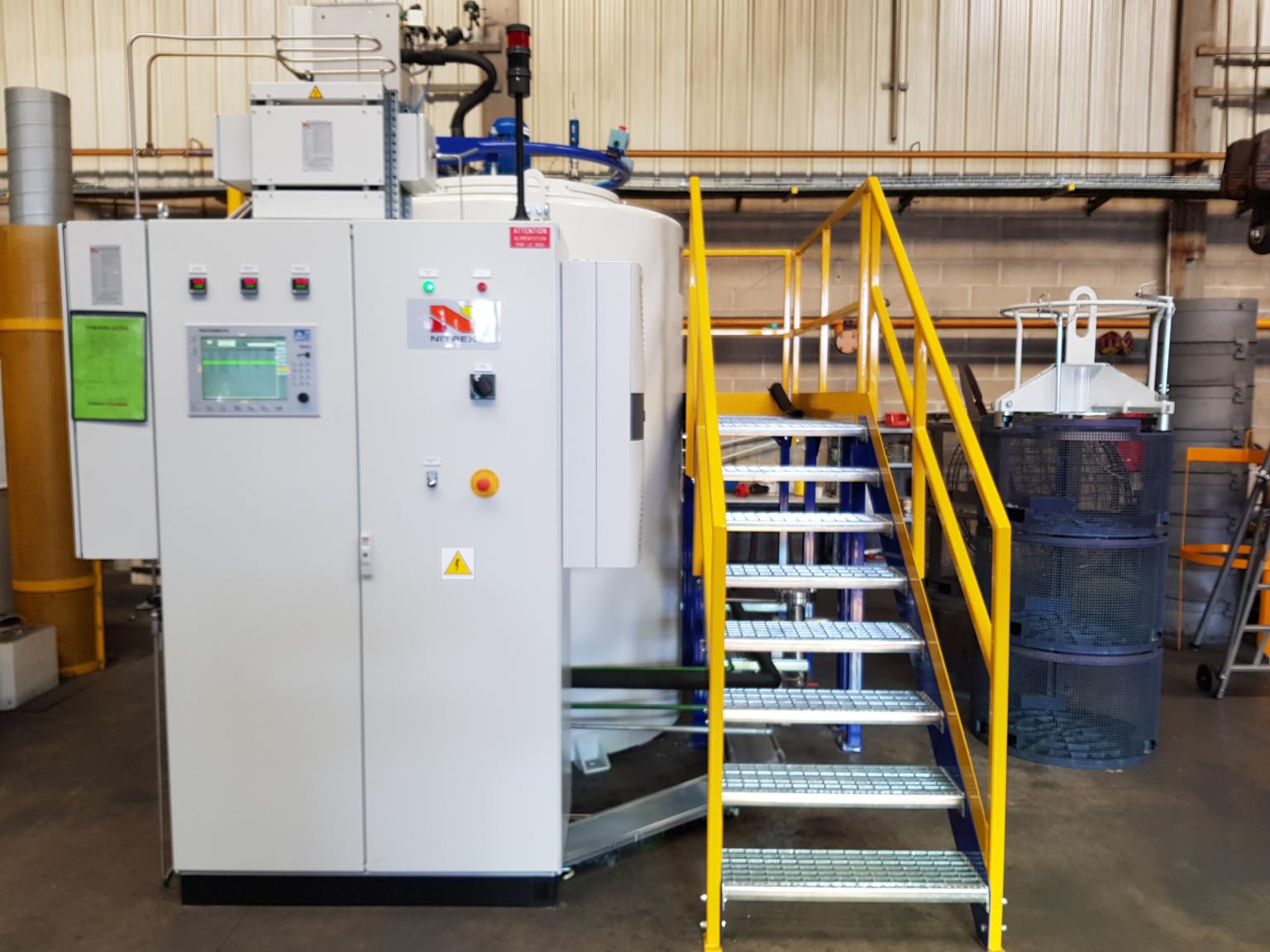 And we are going to round out the Monday Morning Briefing with these photos from captive heat treater and machine tool builder Gleason Works in Rochester, NY, USA. In addition to gear cutting equipment the company also offers Gleason Press Quench Units which they use in their own hear treating department as you can see here. 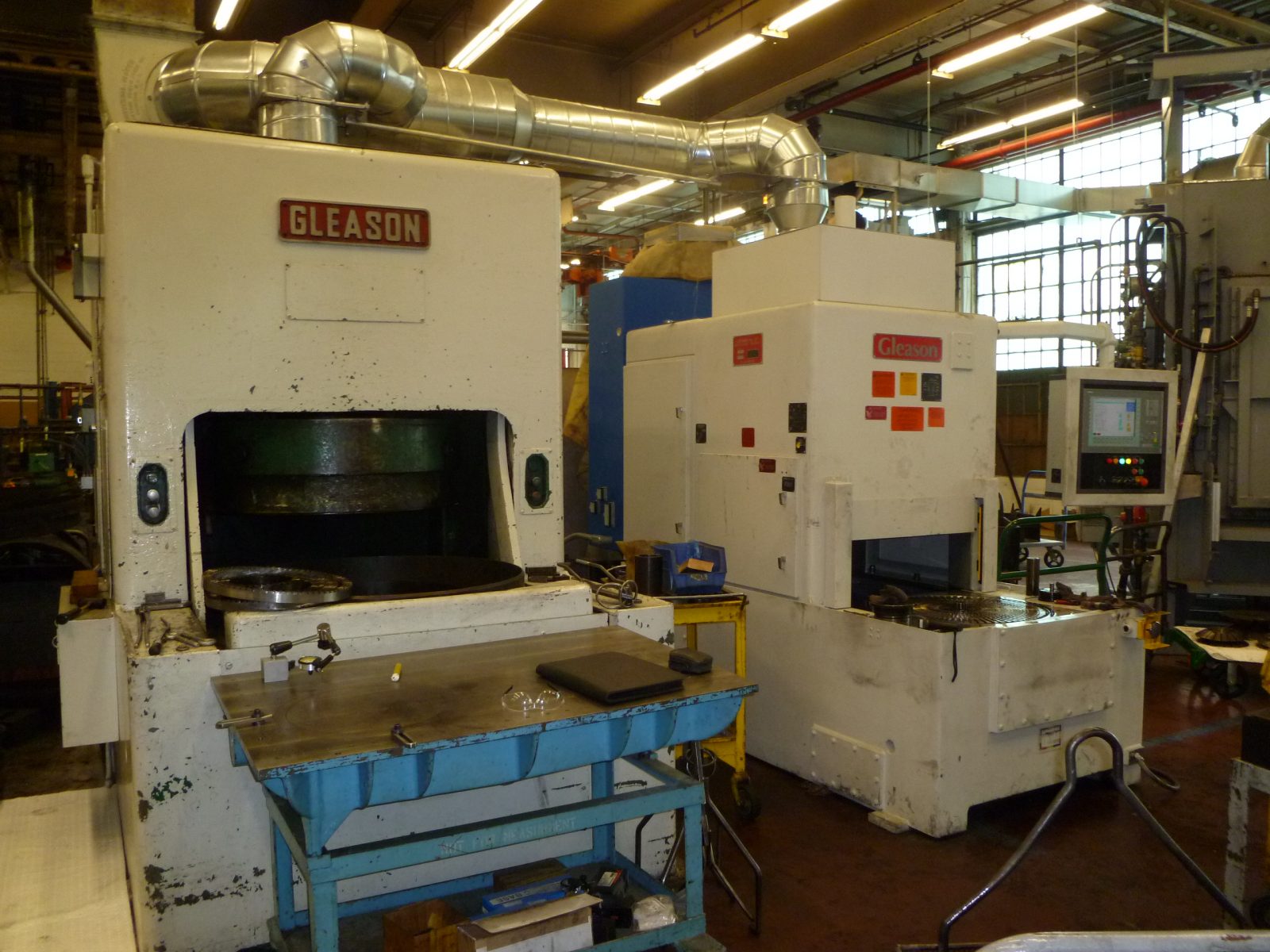 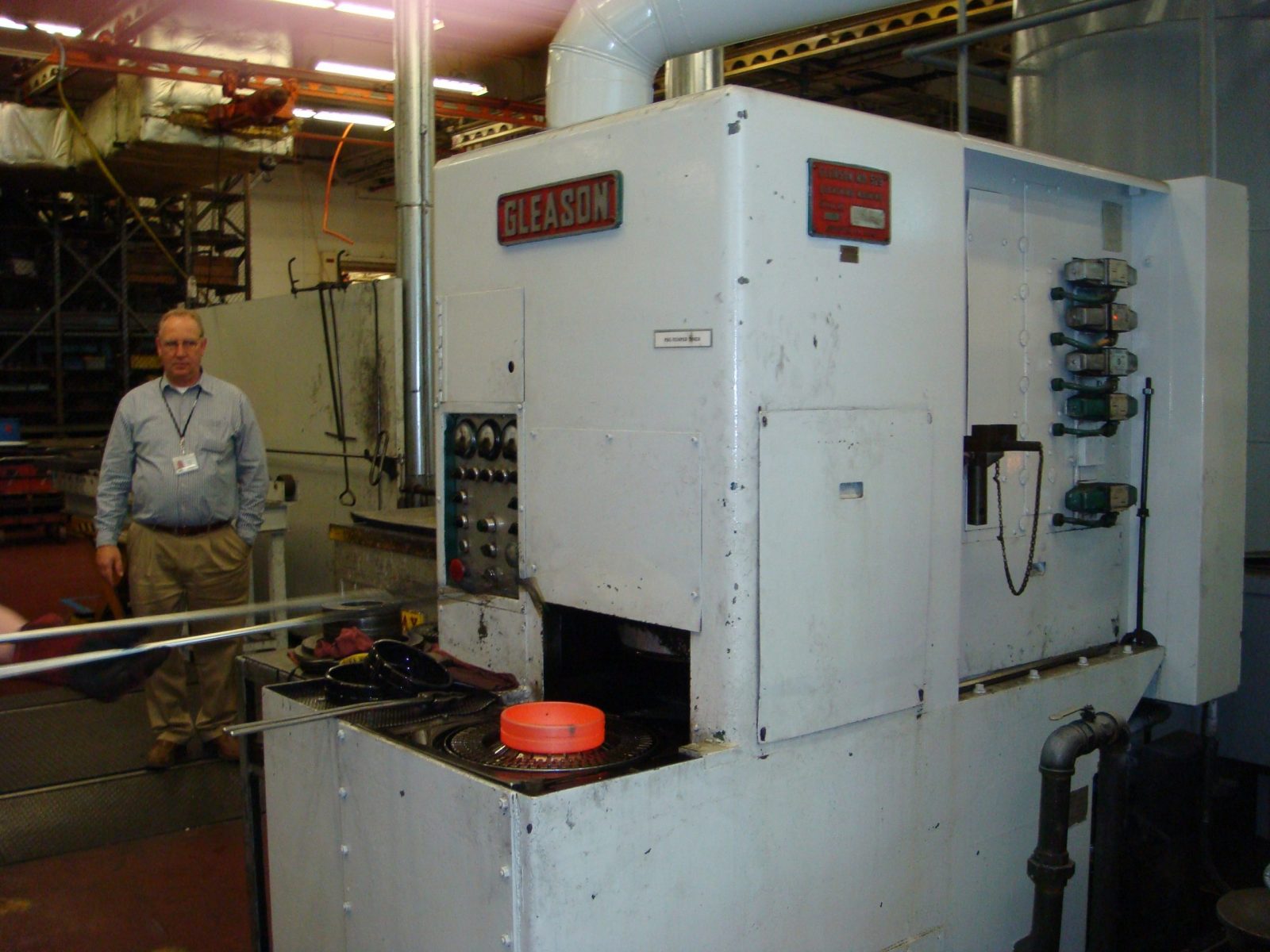