In Quakertown, PA, USA Vacu Braze recently received their GE Aviation Supplier Approval; “Vacu Braze continues to expand its capabilities for the Aerospace Industry by receiving the GE Aviation Supplier Approval for Vacuum Heat Treating. The GT193 verifies that a review has been completed of Vacu Braze’s technical resources and quality system controls used in heat treating and has found our process to be capable of satisfying certain GE Aviation requirements and specifications. Vacu Braze offers a variety of services catering to the aerospace industry. These include precision vacuum heat treatment for parts such as fasteners, bearings and bushings, weldments, and many other aircraft components. As Vacu Braze continues to expand capabilities and technical certifications, we look forward to the opportunity to provide more high-quality services to customers in all the industries we serve.” Vacu Braze is owned and run by Mr. Ralph Puerta which leads us into our next news item. Ralph’s son Doug Puerta is CEO of Stack Metallurgical Services Inc., in Portland, Oregon which is the largest commercial heat treater in the US Northwest. Monday January 27th we at “The Monty” will be attending the grand opening of the company’s brand new HIP operation in Albany, Oregon and in the process taking a number of photos of this facility and also of the main Stack plant in Oregon. This photo shows the HIP unit being installed. 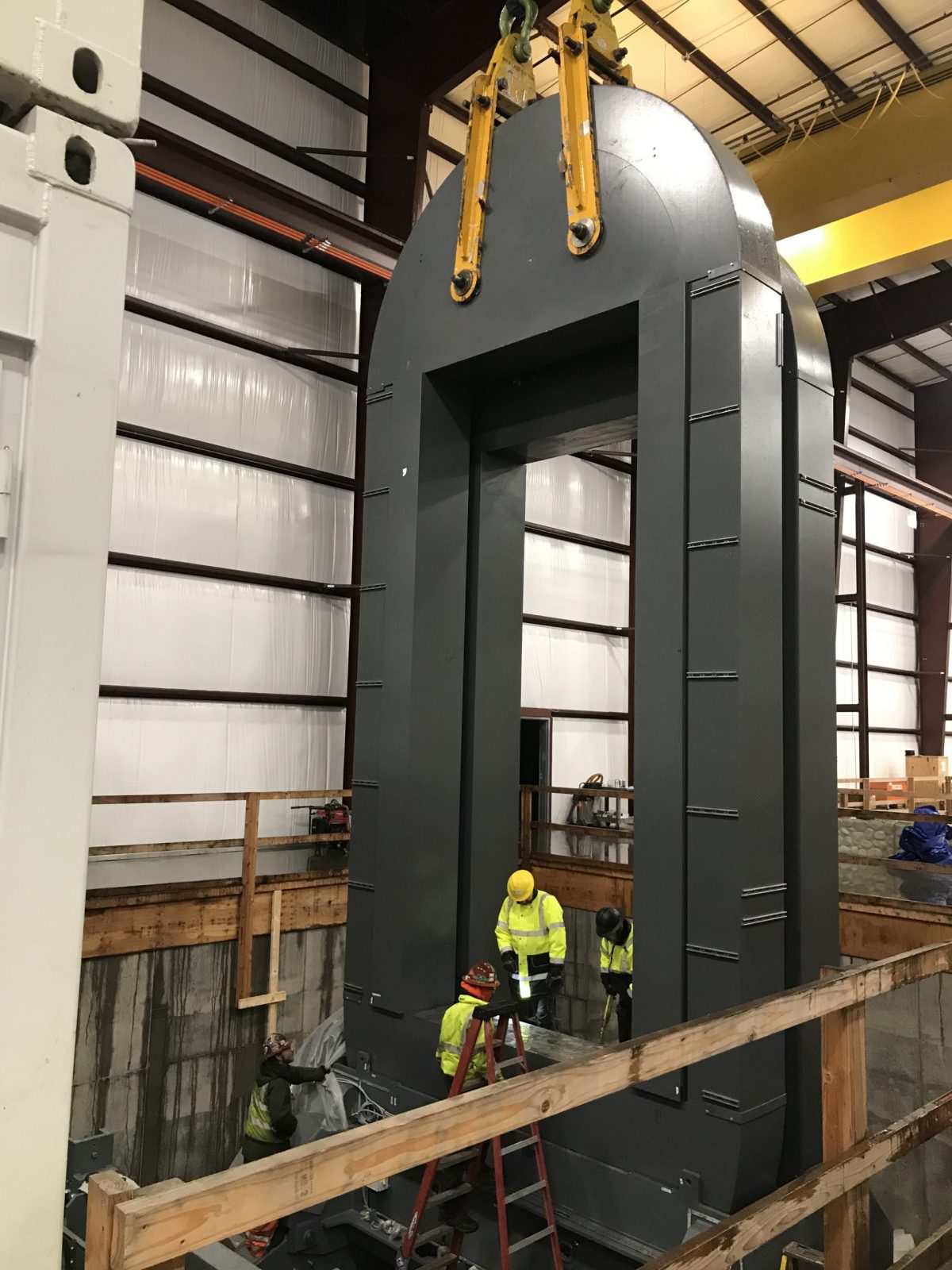 Going back to October of 2018 we had this news item about a planned new vacuum nitrider installation at Siegen Tool and Hardening  in Germany (our press release is below). The company now has two of these systems installed as you can see in the picture;  “OCTOBER 2018; Siegen Tool and Hardening to Add Rohde Vacuum Nitrider. In Siegen, Germany we see that tooling supplier and commercial heat treater Siegen tool and hardening technology GmbH is adding capacity. In the fall of 2018 this will include a ROHDE Schutzgasöfen GmbH vacuum nitriding system similar to this system which is located at commercial heat treat HTU in Mühlhofen, Germany. Siegen Tool & Hardening currently has a number of furnaces which includes vacuum hardening up to 15 bar and the ability to offer Plasma nitriding and nitrocarburizing.” 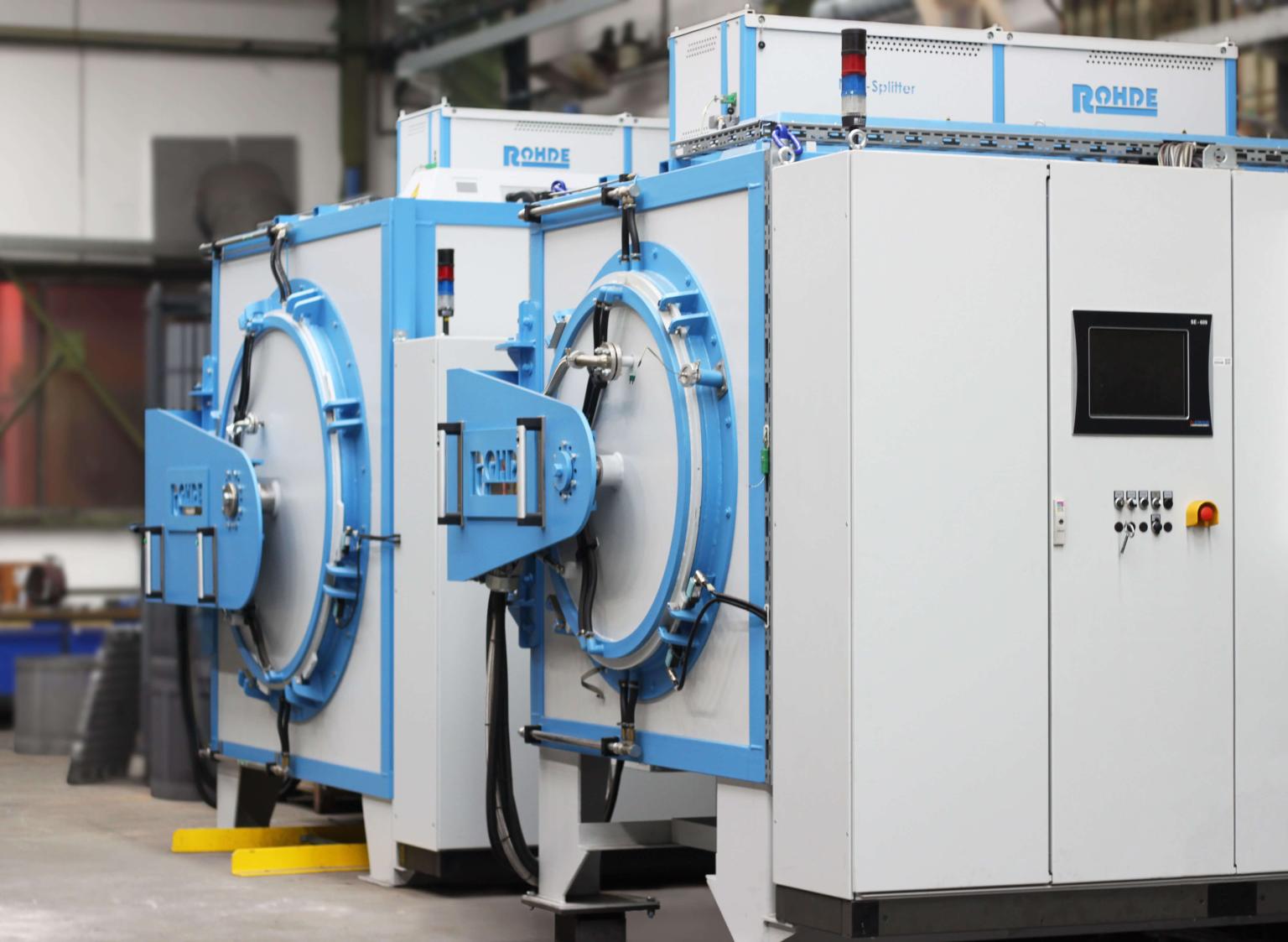 Recently it was announced that Nitrex had acquired vacuum furnace manufacturer GM Enterprises in California, USA is an acquisition which surprised and impressed many in the industry. We have a small footnote to that story. Nitrex and sister company United Process Controls (UPC) are well known around the world as one of the largest suppliers of furnace control systems. In North America UPC sells their products primarily thought independent manufacturers reps, a system which has worked very well for many years. However a number of these same reps also sell for vacuum furnace builder Ipsen which is of course a competitor to GM Enterprises. We’re not sure what the solution to this will be. From our friends at Paulo comes this press release; “Paulo is excited to announce the addition of Steve Lias to the team as Key Account Manager for the Cleveland Division. Steve has completed a month of training on the shop floor and at Corporate Headquarters in St. Louis. Steve is not new to the manufacturing world, with close to 30 years of experience selling industrial and electrical supplies nationwide. Steve commented, “I am ecstatic to start working as a Key Account Manager in 2020. Paulo Cleveland has a fantastic team with regards to their knowledge of both customer products and processing requirements. I look forward to growing the sales here, building solid relationships, and providing value to all our customers. Our new HIP unit will open up a new market this year to continue the growth trend we’ve enjoyed over several years. “William Rassieur, VP Sales, added, “I’m excited to have Steve on the team. His experience, willingness to learn, and customer focus make him a great compliment to the strong group in Cleveland. That facility has grown tremendously to support our customers which can only come from strong relationships. I know Steve will reinforce those existing relationships and forge new ones to take us to our strategic goals. “Founded in 1943, Paulo is one of the largest providers of thermal processing and metal finishing solutions in North America. Headquartered in St. Louis, Paulo operates six divisions servicing the Midwest, Great Lakes, and Southeast regions of the United States and northern Mexico.” 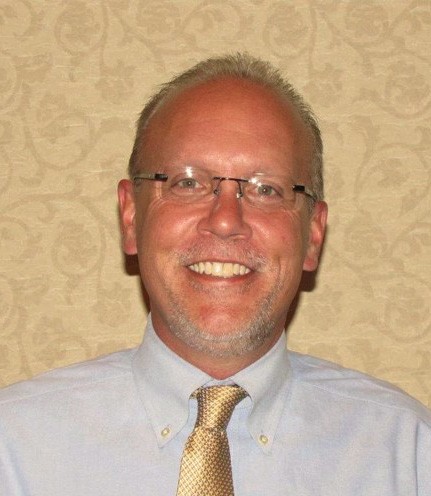 Furnace and oven builder DELTA H started up a Dual Chamber Aerospace Heat Treat (DCAHTTM) at AAR Corp., at Indianapolis International Airport. AAR is a leading provider of aviation services to commercial airlines and governments worldwide. At its Indianapolis MRO facility it performs heavy maintenance with a focus on the Boeing 737. 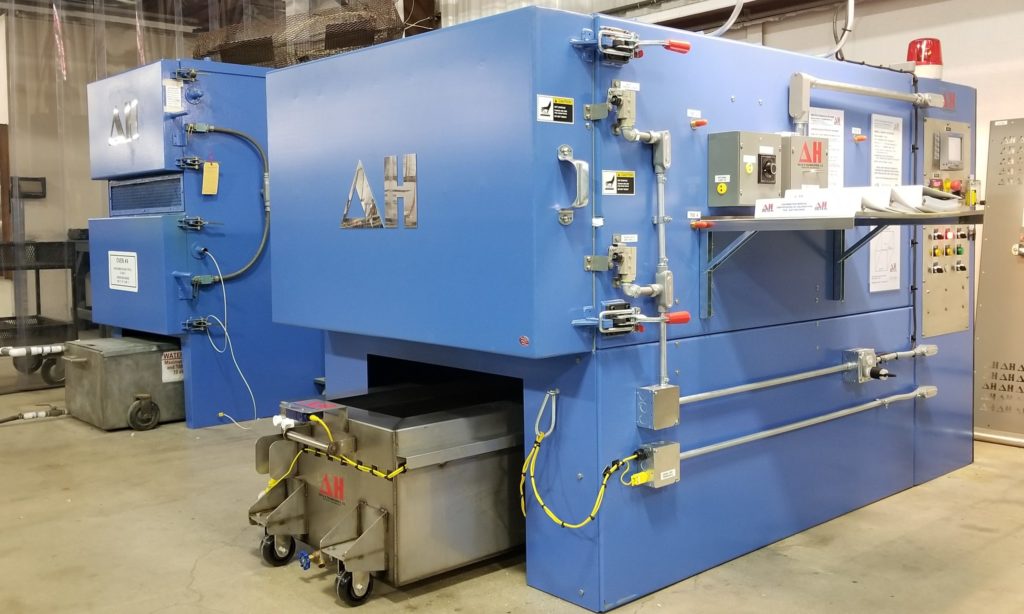 We were recently asked to add a used vacuum furnace to our list of available Used Vacuum Furnaces For Sale https://themonty.com/vacuum-furnaces/ As part of the listing we received the photo below. We will apologize right up front for our rather warped sense of humor but it did strike us as rather humorous. The furnace was ordered new in August of 1991, received December of the same year, installed January of 1992 with the first load processed January 28th of 1992. Exactly 12 days later a furnace loader managed to run a fork lift through the hot zone. 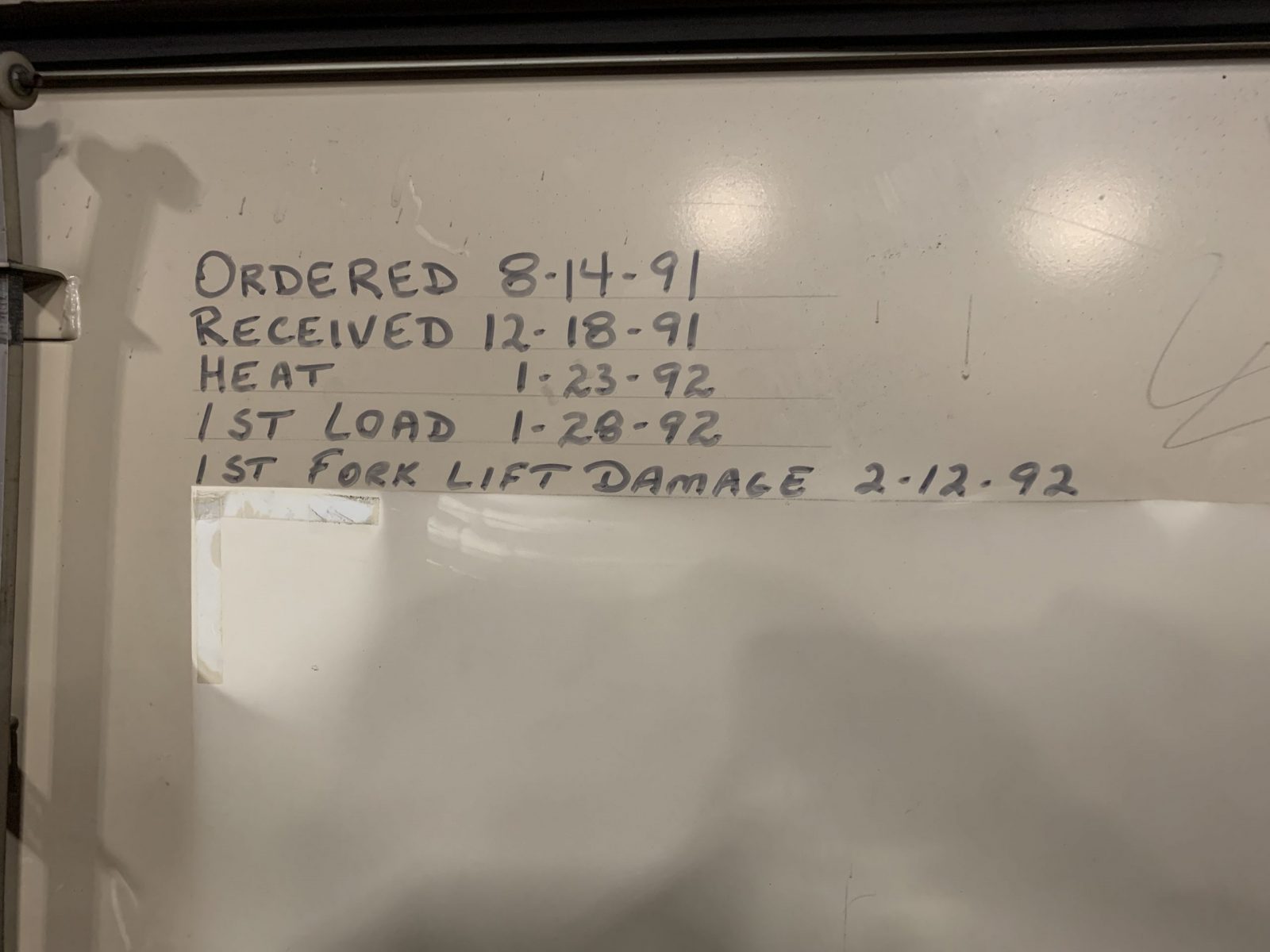 Nickel Pricing remains fairy constant which should bring joy to many heat treaters hearts-the graph below shows pricing for the past year. Nickel as most people know is the largest factor in price fluctuations for all fabricated and cast alloy furnace components and fixturing.

Retech Systems LLC. Last year the Retech Division of Furnace Builder SECO/WARWICK went through a number of changes which we mentioned on this site. We came across this report from last week (it has been abbreviated) which explains the changes and where the company stands now-the title was “A Sound Turnaround”. “Since 1963, Retech Systems LLC has been a global leader in the supply of metallurgical processing equipment and, today, is the world’s leading supplier of Electron Beam (EB) and Plasma (PAM) Cold Hearth furnaces for melting and refining titanium and titanium alloys. In 2011, Retech became a part of the SECO/ WARWICK group of companies. Its expertise includes end-to-end solutions in several categories: vacuum heat treatment; atmosphere and aluminum thermal processing; controlled atmosphere brazing of aluminum heat exchangers; and vacuum metallurgy. The SECO/WARWICK Group has 10 companies located on three continents with customers in nearly 70 countries, and production facilities in Poland, the United States, India, and China. Last year, Retech Systems announced that much of the manufacturing and assembly work previously done in the company’s home office in Ukiah, California will be transferred to SECO/WARWICK’s facilities in Świebodzin, Poland, thus allowing it to be better-positioned to support both large capital projects, while also satisfying the regular, daily customer service needs that its clients demand and deserve. Currently, Managing Director Earl Good reports that Retech is also working on a long-term lease for a new office space and R&D facilities in the Buffalo, New York area.

“We’ve decreased the size of our manufacturing facility in Ukiah,” Good continues. “But we’ll continue to maintain the office out in Ukiah; there are a lot of good people there with technical knowhow and it’s important that we maintain that. We have increased the cooperation with the SECO Group, our owners, over in Poland; they have very good facilities, as far as manufacturing and assembly. We have a very skilled workforce over in Poland that we can utilize, but we also have options to go to other locations, and the Buffalo facility will provide options to do some manufacturing and assembly here in the U.S., as well. Going forward, Good maintains that Retech Systems has a “very promising proposal backlog that will help us through the next couple of years. There’s a lot to be optimistic about,” he adds. “We continue to look for opportunities to create new technologies that the market wants and needs. Business has gone pretty well and we will have over $60 million in new capital equipment and combined after-market orders, this year.” 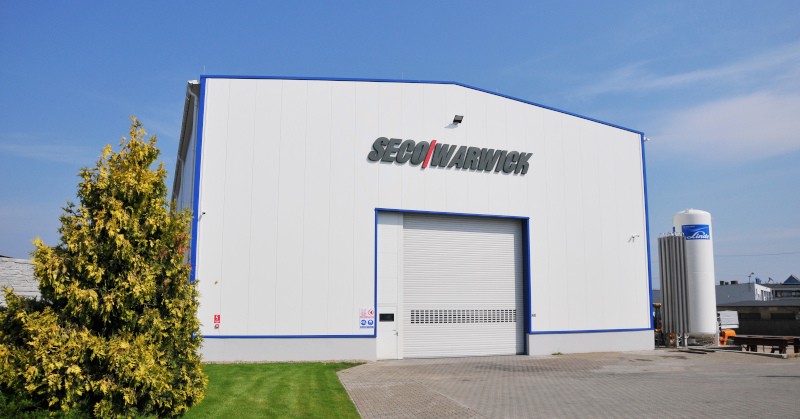 And to round things out we reached back into our archives and came up with this picture taken back in 2007. In it we see Lone Star Heat Treat in Houston, Texas, USA one of the largest commercial heat treaters in Texas. As you can see in this picture heat treating in Texas is not your typical heat treating.