We start off our Monday Morning Briefing for December 11, 2019 with people news starting with Mary Springer of commercial heat treater Thermtech in Wisconsin, USA. “At their October 2019 Meeting in Vancouver, Canada the Metal Treating Institute (MTI) recognized Mary Springer from Thermtech in Waukesha, WI with the Heritage Award. The Heritage Award is MTI’s most prestigious award. The Heritage Award is given to a MTI member in recognition to the individual with a lifetime commitment to the betterment of the heat treating industry with one or more notable accomplishments. MTI President, Pete Jamie Jones from Solar Atmospheres stated during the award ceremony, “When it comes to our industry, Mary is a tireless volunteer who cares deeply about making a difference and serving where needed. Over her career she has made a big impact on the MTI as well as our Foundation. She exemplifies what being a difference maker looks like in the heat treating industry.” Only 13 other people have received the MTI Heritage Award since 1933. Thermtech has been a MTI member since 1985. MTI would like to say “Thank You” to Mary Springer for her commitment and work in the heat treating industry.” 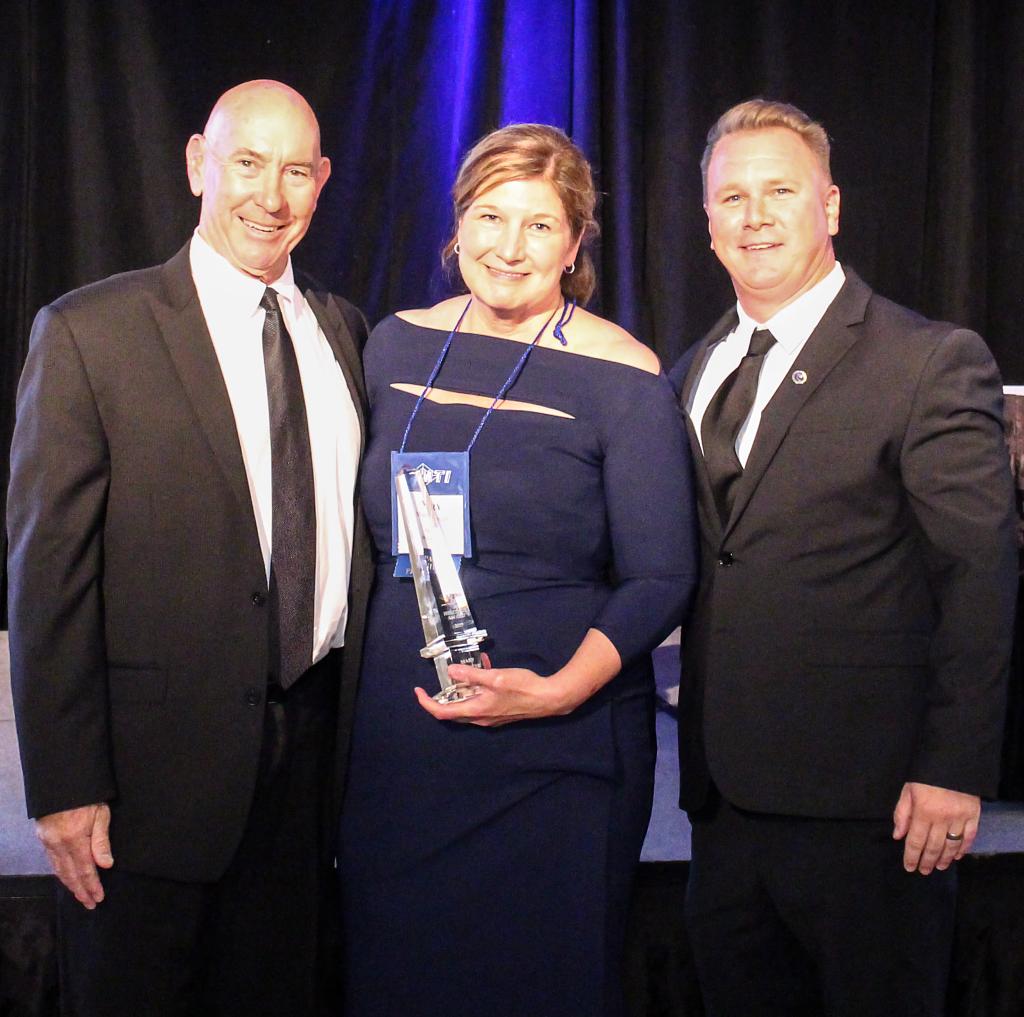 Chuck Gee recently became Vice President Sales and Marketing at California Brazing out in California. Chuck comes from a heat treat background having worked with companies such as Bodycote and HiTech Metallurgical over the years. Going through our notes we found this news item about California Brazing which dates back to January of this year; “JANUARY 2019 POSTING Trive Capital Partners Acquires California Brazing. Well we now have our first acquisition in the North American commercial heat treating industry for 2019. An equity firm by the name of Trive Capital just announced that they have acquired California Brazing with two locations, California Brazing in Newark, CA and Nevada Heat Treating, located in Carson City Nevada. Both locations were owned by Rich Penrose, a very well known individual in the North American heat treating community. It has been pretty common knowledge for some time that the company was for sale with rumors suggesting that buyer to be an equity firm but this is the first definite news. Sales for the two locations are estimated to be in the range of $25 million USD per year.” 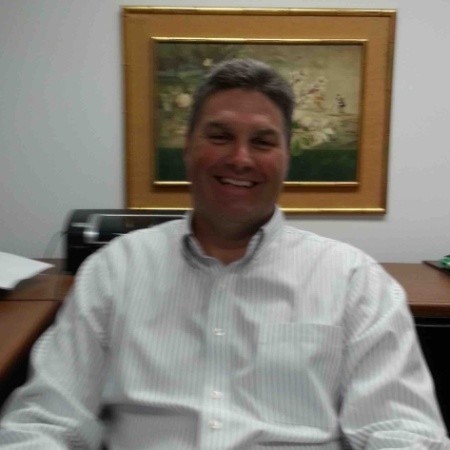 In Poland Mr. Chris Fita recently became Plant Manager of the Bodycote location in Rzezow after spending several years with the company as Sales Development Manager. This facility is fairly new, having been built in 2015 as you can see in this press release from that year; “JUNE 2015 POSTING. Bodycote, the world’s largest thermal processing services provider, recently opened a new heat treatment site on Wroclaw, Poland as part of its expansion strategy in Eastern Europe. Building on this investment Bodycote today announces its intention to open another Greenfield heat treatment site in the aviation valley close to Rzeszow, Poland. The new facility will support the manufacturing supply chains in this region and is expected to be operational by second half of 2016. Initially, vacuum heat treatment, vacuum brazing, and nitriding will be offered. Other processes will follow as demand for heat treatment services in the region continues to grow. Additional customer supporting services are likely to include HVOF and plasma coatings, vacuum oil quench and aluminum heat treatment. The new facility will hold international quality standards including Nadcap and AS 9100, as well as OEM approvals. First-tier suppliers to United Technologies Corporation (UTC), Rolls-Royce and SAFRAN, among others, will be supported.” 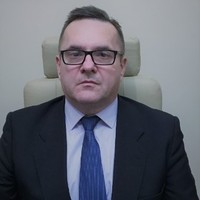 We now move to Upstate, New York, USA to see what Mr. Gregg Bixler is up to. Gregg has worked with family owned Elmira Heat Treat for over 25 years now, for most of that time as Facilities Maintenance Manager. Very recently we see that he was promoted to Assistant Plant Manager. Gregg is one of the more competent Maintenance people we have run across in the industry so we have no doubts but that he will do a great job in his new position. 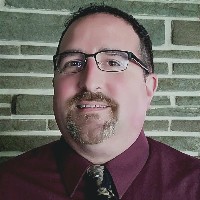 Now this is quite a furnace isn’t it? It has appeared on the used equipment market in North America and comes out of a closed down Aerojet Rocketdyne facility in the US. Apparently it was built by Abar Ipsen back in 2002 and is a model HR-120 X 152 VC which means it has working dimensions of 120″ X 152″ long-6 bar quenching. Its quite a furnace and looks to be in very good shape but how it actually works we can’t tell you as it is a design we are not familiar with. We can tell you that it will be going to auction soon and we will have all the details, along with details about the auction getting rid of all of the equipment at what once was the Bluewater Thermal facility in Kitchener, Canada. 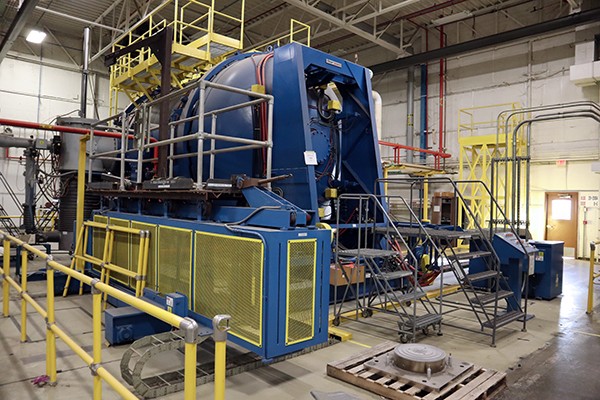 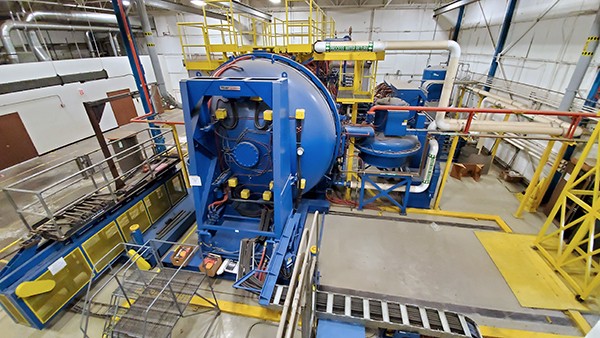 And speaking of big furnaces how about this one? This has been built by French furnace builder BMI for a customer in China who will use it for vacuum annealing and stress relieving of titanium alloy large welded parts. Capacity is 10,000 pounds. 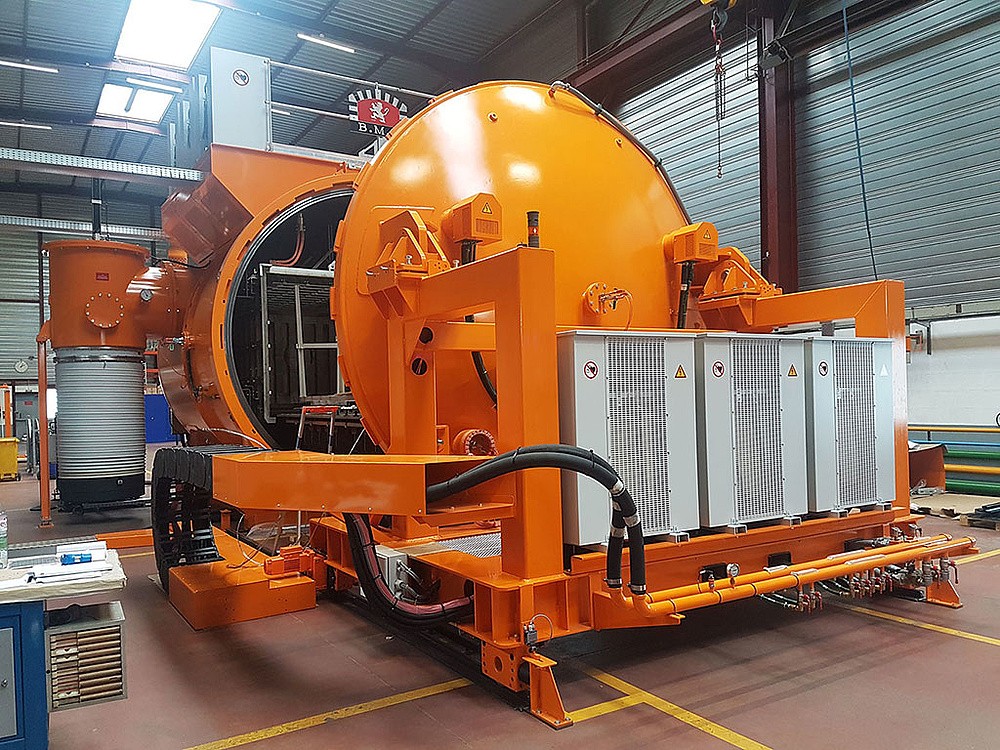 To round things out for the week we have this interesting write up about Härtha Hardening Industries in Weissenburg, Germany;

As you can see below we have been able to visit several of the  Härtha Hardening Industries (commercial heat treating) locations around Europe over the course of the past year. A visit to Germany last week gave us the chance to see the company’s location in Weissenburg, which was the first time for us.This particular facility was founded in 1997 and works closely with their sister facility in Cadolzburg (founded in 2008) which is 70 km away. The two plants have a total of 92 employees headed by managing director Mr. Thomas Bückert which makes this a fairly good sized commercial heat treatment plant. This particular plant in Cadolzburg is quite specialized with a number of Plasma Nitriding furnaces, combined with vacuum furnaces and gas nitriding systems – all designed to serve the automotive, medical and extrusion die industries. It’s a pretty cool plant, absolutely immaculate and one of the largest Plasma Nitriding locations in Germany We see in these photos Mr. Mario Neuwerth who is the plant manager (dark sweater) along with Joern Rohde of ROHDE Schutzgasöfen GmbH and Gord Montgomery.

“JULY 5/2019; Regular readers of “The Monty” will be aware that over the course of the past year the name “Härtha Hardening Industries” has been popping up with increasing regularity in our news items which is really no surprise as we ranked the company as one of the larger commercial heat treaters in Europe https://themonty.com/largest-european-commercial-heat-treaters-february-2019/ After recent visits to their HÄNDLE location in Tübingen, Germany and their SABO plant in Boxtel, The Netherlands we had the opportunity just last week to see their headquarters in Aldenhoven, Germany where we learned more about the company as a whole which makes for a rather interesting story;

​The HALEX Group, managed by the Halex Holding, Germany has two divisions; Halex Extrusion Dies and Härtha Hardening Industries- combined the company has 14 subsidiaries with a total of 550 employees, all based in Europe. As usual our interest starts and ends with the heat treating portion of the business, Härtha Hardening. The company entered the commercial heat treating business as a family business in 1993 with a facility in Weissenburg Germany and over the years other locations have been added including HÄNDLE in Tübingen, Germany (2016), SABO in Boxtel, The Netherlands (2016) a greenfield expansion of Härtha in Verona, Italy (2018) and the acquisition of Forte in Stollerg, Germany (2018). The end result is a total of 9 independent heat treat shops in 4 countries.

​Now that we have covered the Group as a whole let’s have a look at the Aldenhoven location We would consider the plant to be larger than the average commercial heat treat in Europe with over 50 employees, a production floor of 1,625 m2 and sales of over 6.5 million Euros annually. The focus of this plant is largely on vacuum hardening and gas nitriding, though also offering various other processes And our impression-well these photos tell the story. A nice clean modern shop, with clean, quite new equipment-impressive in short and we look forward to seeing some of the other Härtha locations in the future.” 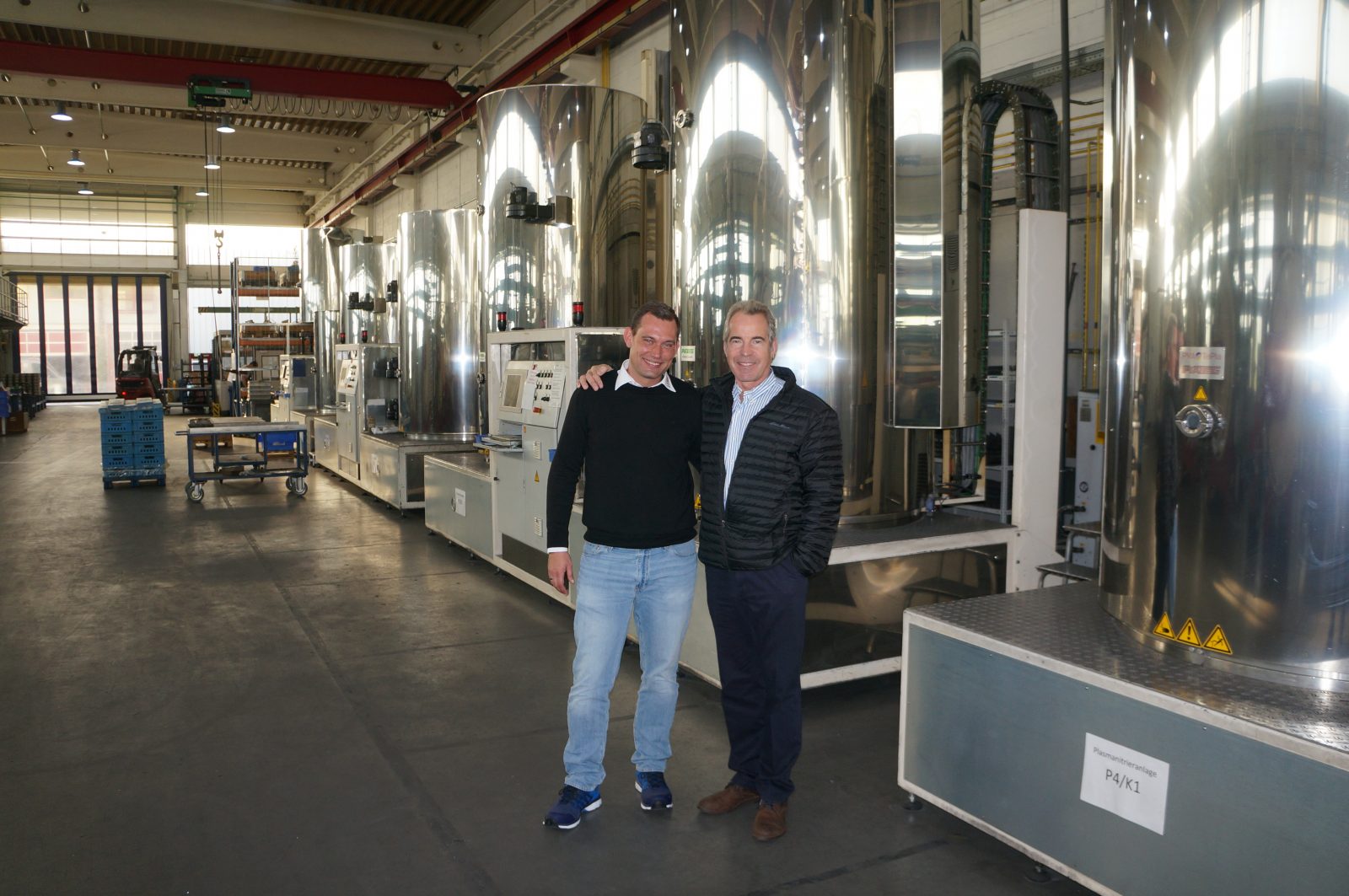 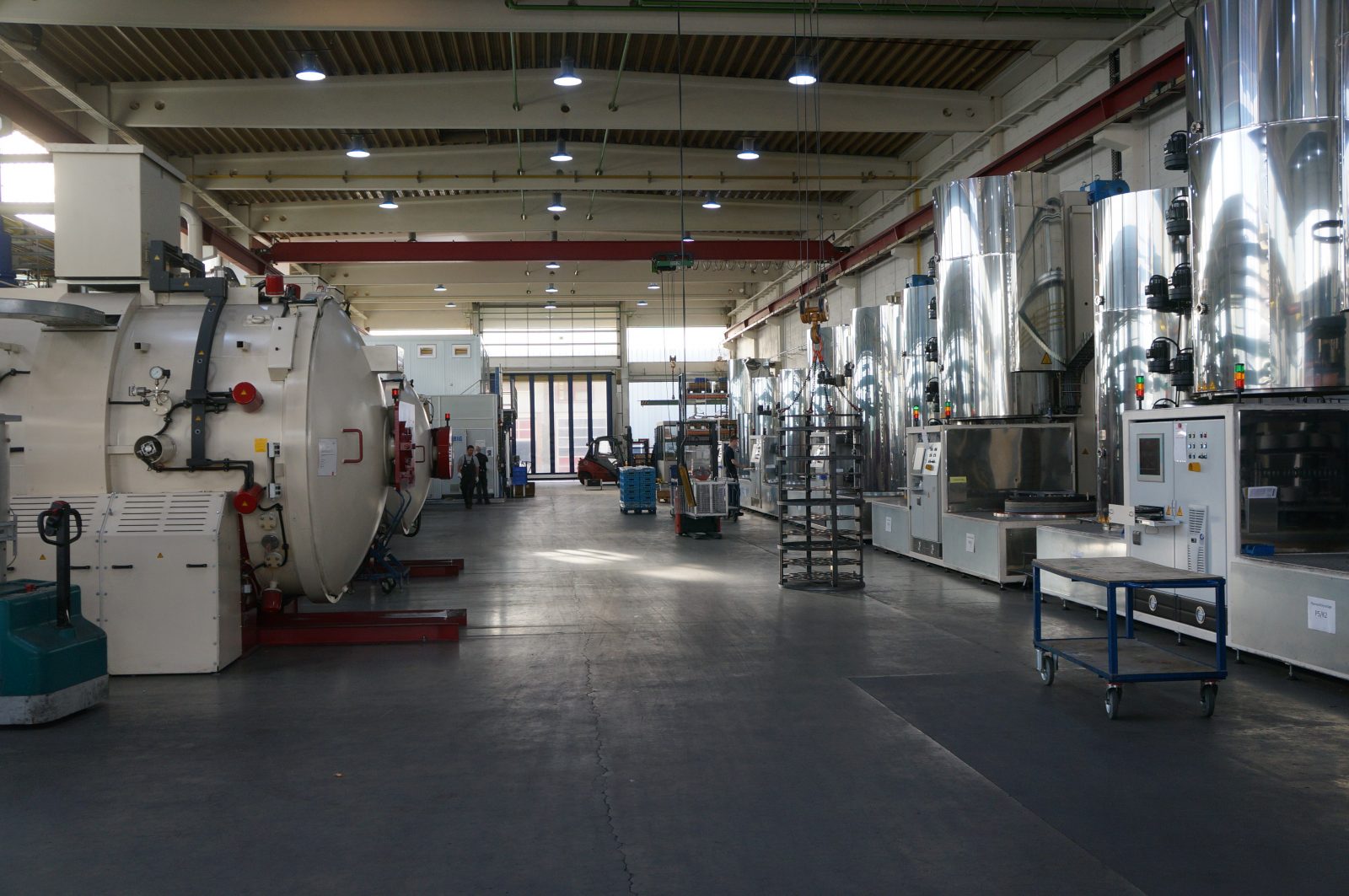 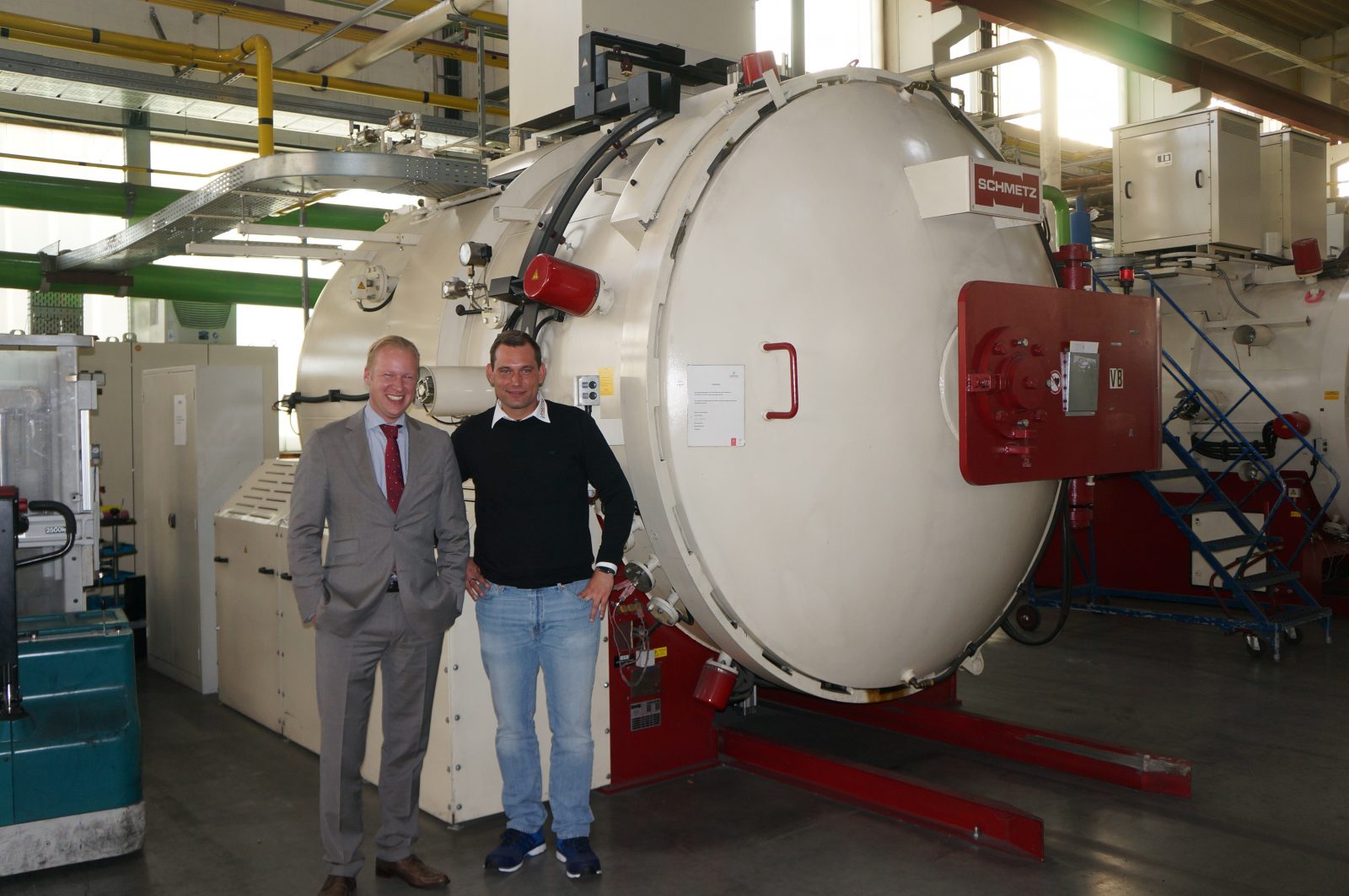