Regular readers of “The Monty” will be aware that over the course of the past year the name “Härtha Hardening Industries” has been popping up with increasing regularity in our news items which is really no surprise as we ranked the company as one of the larger commercial heat treaters in Europe https://themonty.com/largest-european-commercial-heat-treaters-february-2019/ After recent visits to their HÄNDLE location in Tübingen, Germany and their SABO plant in Boxtel, The Netherlands we had the opportunity just last week to see their headquarters in Aldenhoven, Germany where we learned more about the company as a whole which makes for a rather interesting story;

The HALEX Group, managed by the Halex Holding, Germany has two divisions; Halex Extrusion Dies and Härtha Hardening Industries- combined the company has 14 subsidiaries with a total of 550 employees, all based in Europe. As usual our interest starts and ends with the heat treating portion of the business, Härtha Hardening. The company entered the commercial heat treating business as a family business in 1993 with a facility in Weissenburg Germany and over the years other locations have been added including HÄNDLE in Tübingen, Germany (2016), SABO in Boxtel, The Netherlands (2016) a greenfield expansion of Härtha in Verona, Italy (2018) and the acquisition of Forte in Stollerg, Germany (2018). The end result is a total of 9 independent heat treat shops in 4 countries.

Now that we have covered the Group as a whole let’s have a look at the Aldenhoven location We would consider the plant to be larger than the average commercial heat treat in Europe with over 50 employees, a production floor of 1,625 m2 and sales of over 6.5 million Euros annually. The focus of this plant is largely on vacuum hardening and gas nitriding, though also offering various other processes And our impression-well these photos tell the story. A nice clean modern shop, with clean, quite new equipment-impressive in short and we look forward to seeing some of the other Härtha locations in the future. 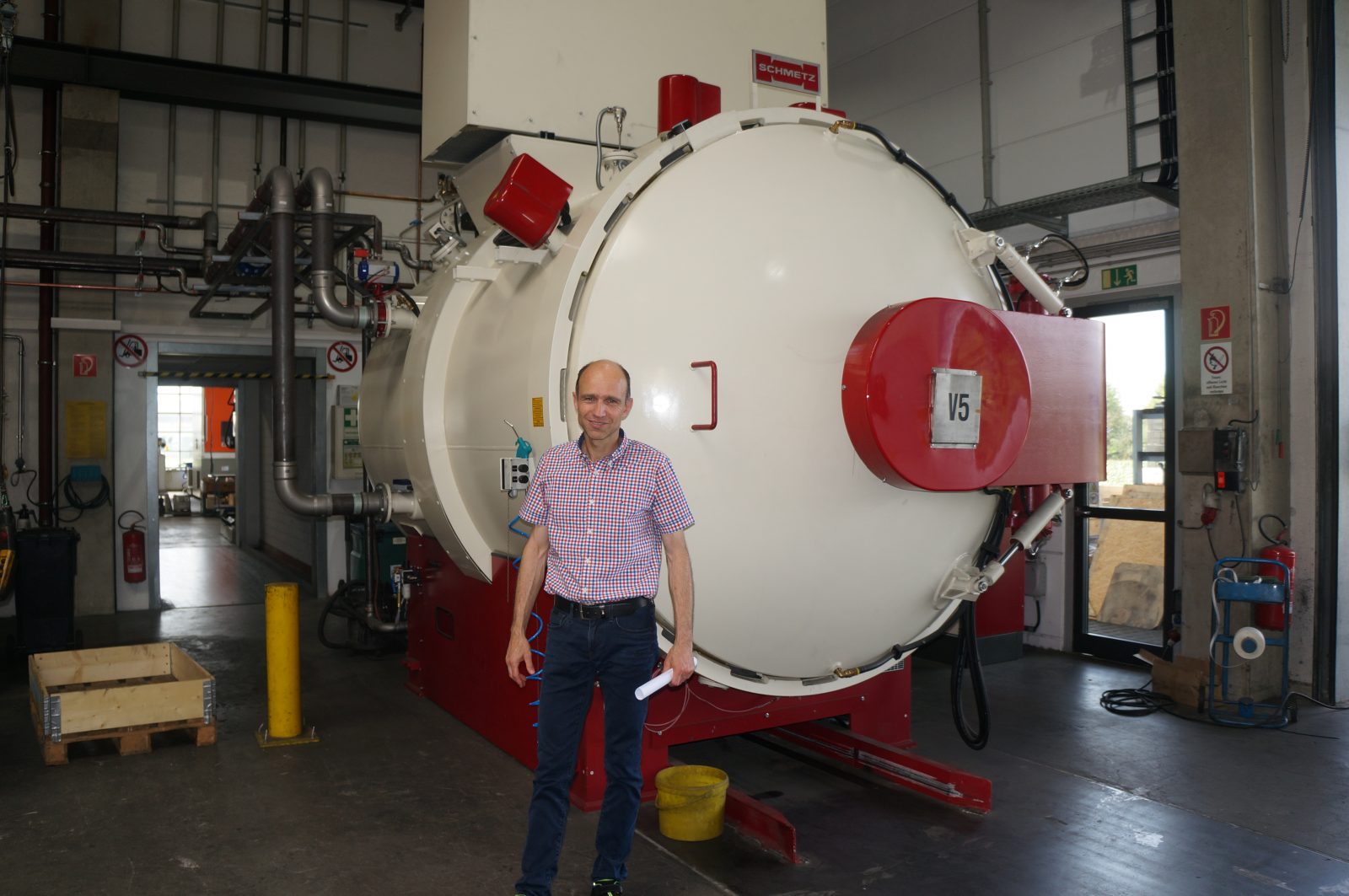 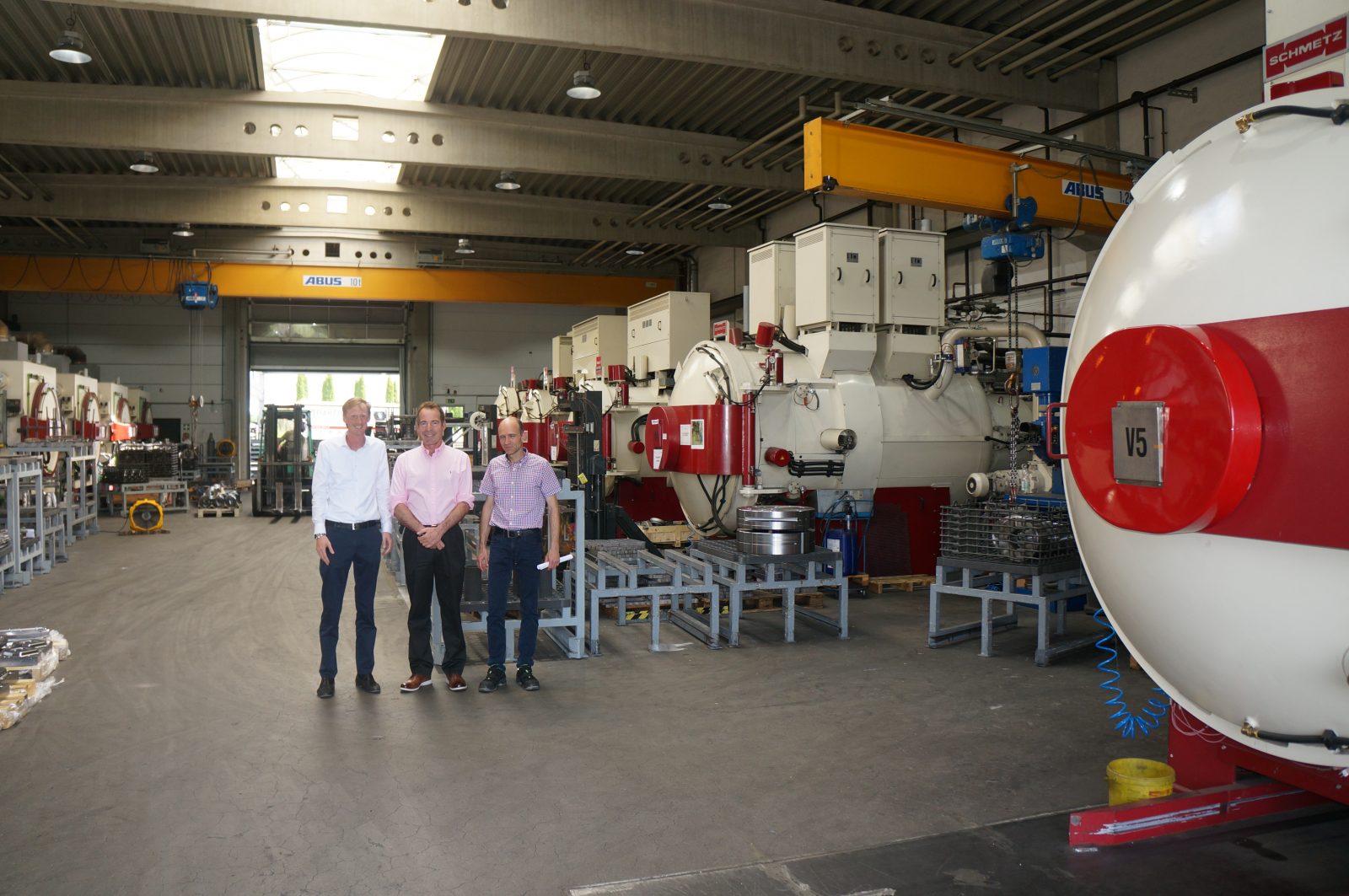 It is perhaps too soon say that “Hipping” (hot isostatic pressing) is a growing trend in the North American heat treating industry, however we have certainly run across more new or planned installations in the past year than we have in the past 30. One company which has been mentioned as getting into this field is the largest commercial heat treater in the US Northwest, Stack Metallurgical in Portland. In the photo below you see their new unit which is getting pretty close to completion. By the way we see that the founder of the company Harald Stack recently passed away; “Harold E. Stack, age 103, passed away peacefully at his home in Madison Park on June 14, 2019.  Seattle born and raised, Harold graduated Roosevelt HS in 1933 and from UW in 1937 lettering in Skiing and a member of Phi Sigma Kappa.  Active sailor, skier, fisherman, served in US Navy for over 5 years during WWII, departed at rank of Cmdr., then rejoined family steel distribution business started by his father. Innovative, industrious and active locally and with the Steel Service Center Institute, Harold grew Stack Steel and Supply Co. with the help of many loyal employees to a regional business with branches in Seattle, Spokane, Anchorage and Portland.” 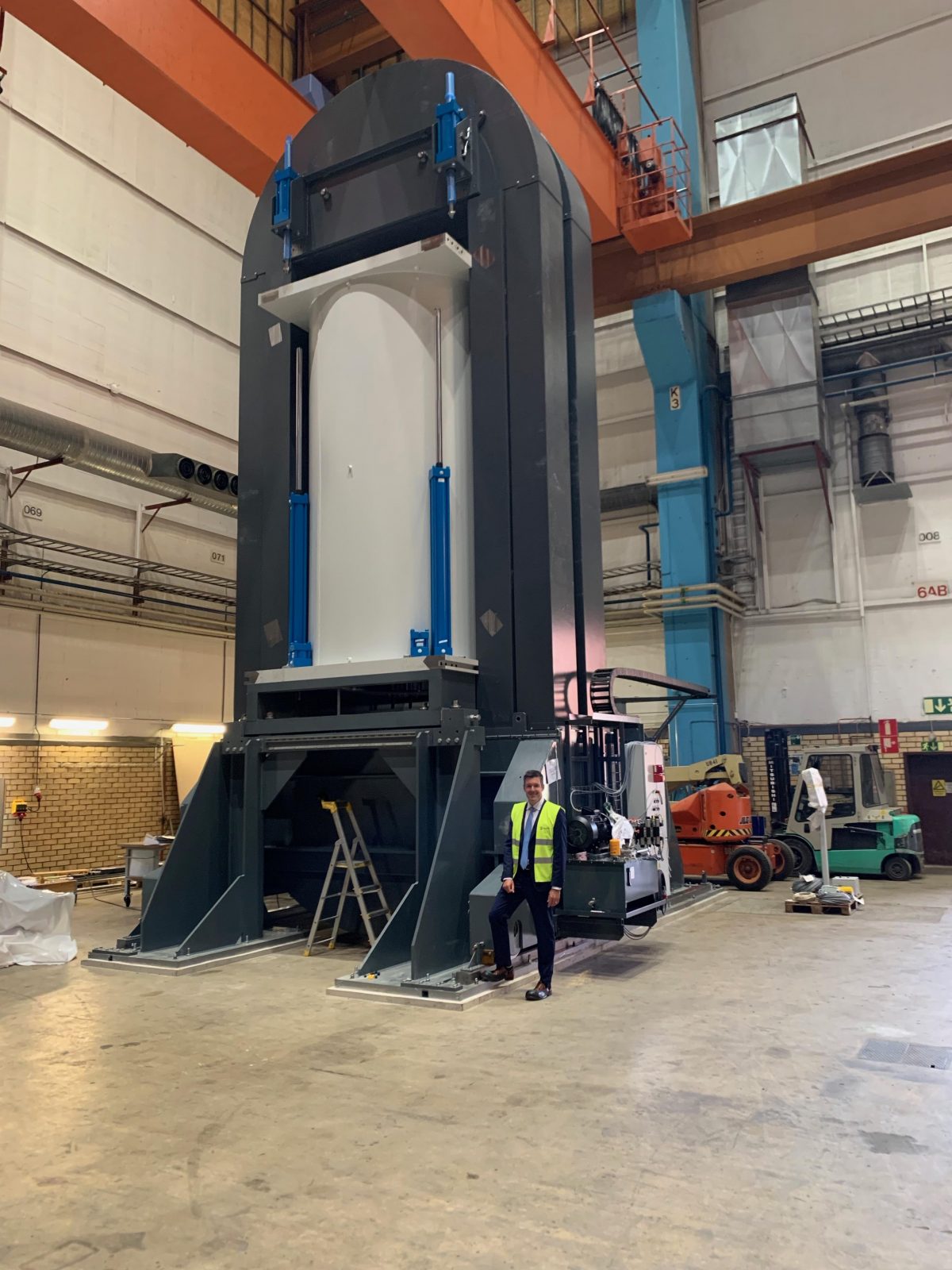 In people “stuff” we hear that Harvey Hornung who was General Manager at commercial heat treater Nevada Heat Treating in Carson City, Nevada, USA will be making a big change. Harvey is poised to become an Ipsen salesperson based in Nashville, Tennessee. Talking about Ipsen we should mention that last week was the 10th anniversary of the first “Titan” vacuum furnace. Apparently the company has now sold over 300 of their “Titan” vacuum furnaces in 28 countries around the world which jogs our memory about one of our favorite features of the furnace-the programmer is set up for something like 20 languages. Pick the one you want, English, German, French, Chinese whatever and you are away to the races-we always thought this was pretty cool. 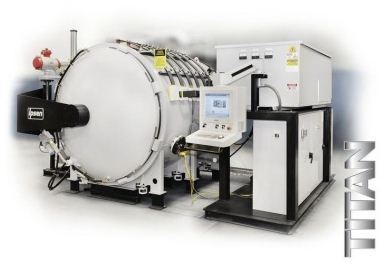 Remember this news item about Epiroc in Sweden investing in an in house heat treating department? It sounds as though there will be two furnace lines (each is a different technology) and one will utilize salt quenching. “Epiroc has held a groundbreaking ceremony for its new heat treatment plant for rock drills at one of its global manufacturing hubs in Örebro, Sweden. With heat treatment an essential part of rock drill manufacturing, the top-modern plant – to be built through an expansion of the current workshop building – will further boost rock drill quality and performance, according to Epiroc Production at the 1,400 m² heat treatment plant will be able to run 24 hours a day thanks to automation. It is expected to be up and running by late-2020.”

Down in Texas commercial heat treater Worldwide Heat Treat is pretty pleased with the fact that they recently obtained ISO 9001:2015. 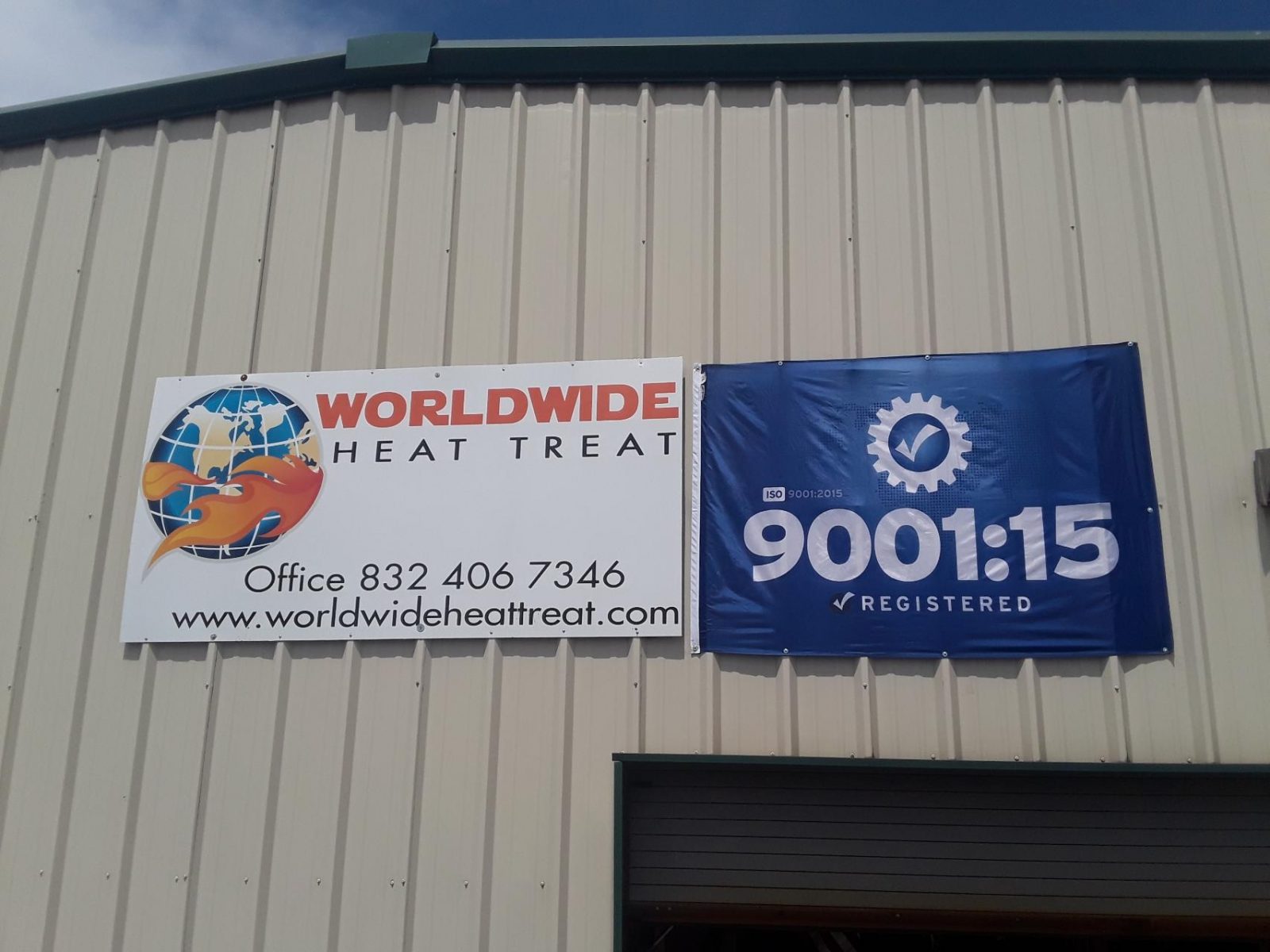 And to round things out we have this photo of Mr. Udo Fiorini, Publisher and Director of S+F Editora down in Brazil. Amongst the magazines Udo publishes are Industrial Heating, Gear Magazine and Forge. 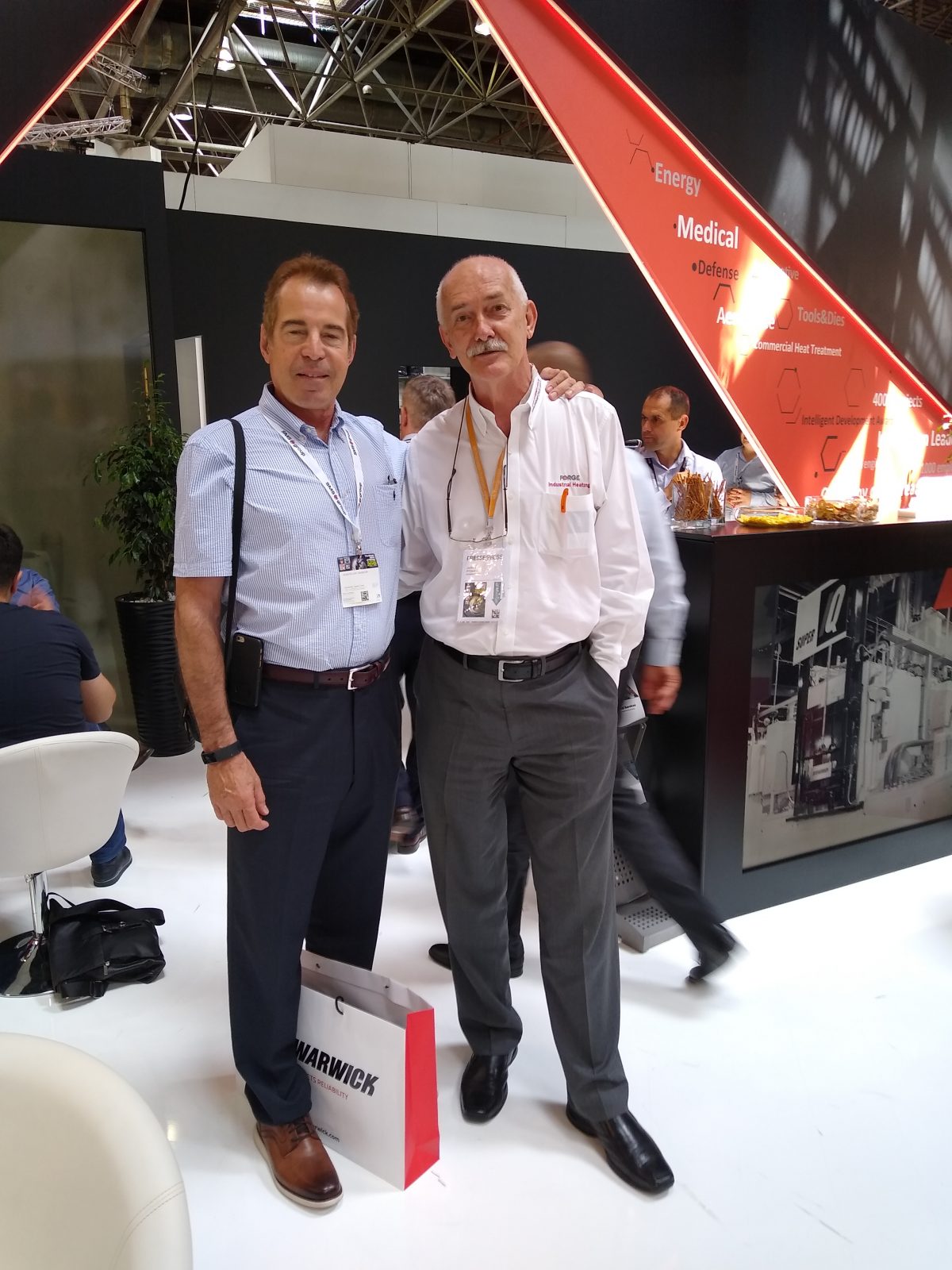