During his time at Wisconsin Oven, Dave was dedicated to giving back to East Troy and the surrounding communities. As honorary chairman of the United Way of Walworth County, Dave encouraged businesses to give back during the 2017 holiday giving campaign which resulted in over $15,000 donated. He was also focused on developing the next generation of talent and promoting careers in manufacturing through an annual scholarship to an East Troy High School graduate going into skilled trades or engineering and the creation of the Wisconsin Oven Universal Training Center (WOC-U) in 2018. The employees of Wisconsin Oven held a retirement party for Dave on June 7th to celebrate his career and contributions to the company. The event was well attended and provided one last Champion chant for the employees to participate in led by Dave.” 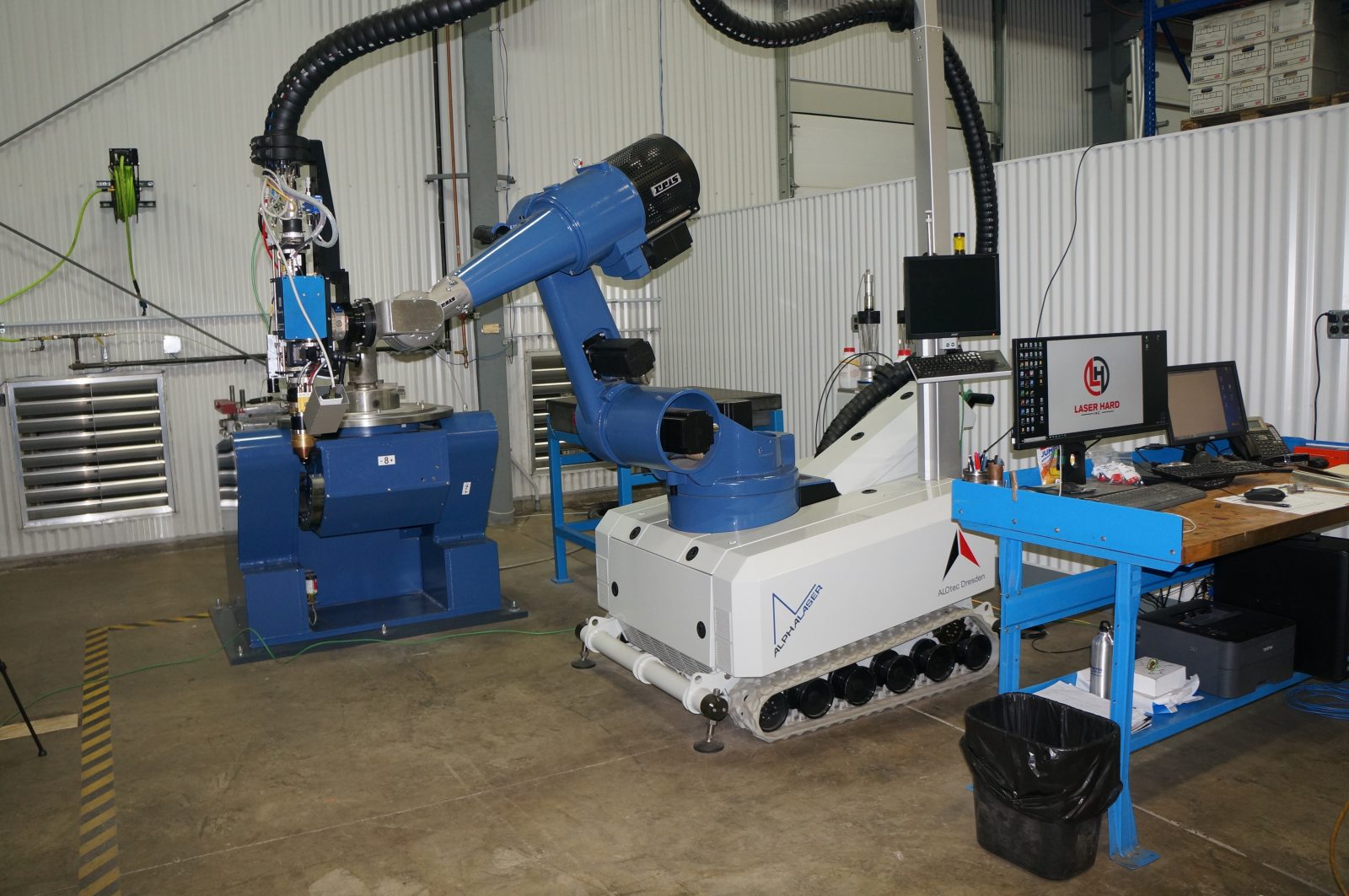 Last week we mentioned we visited one of the prettiest, most well organized commercial heat treats in North America-it is none other than family owned Winston Heat Treating in Dayton, Ohio, USA. The whole location both inside and out is immaculate-we were envious of the amazing landscaping. Winston was one of the very first heat treaters in North America to achieve NADCAP way back in the 1990’s and the company has never rested on their laurels as they are currently in the midst of upgrading their lab to the absolute latest and greatest that money can buy-one of the photos below shows the Winston team in the middle of the partly constructed lab. The other photos give you a taste of what an impressive heat treat this is. 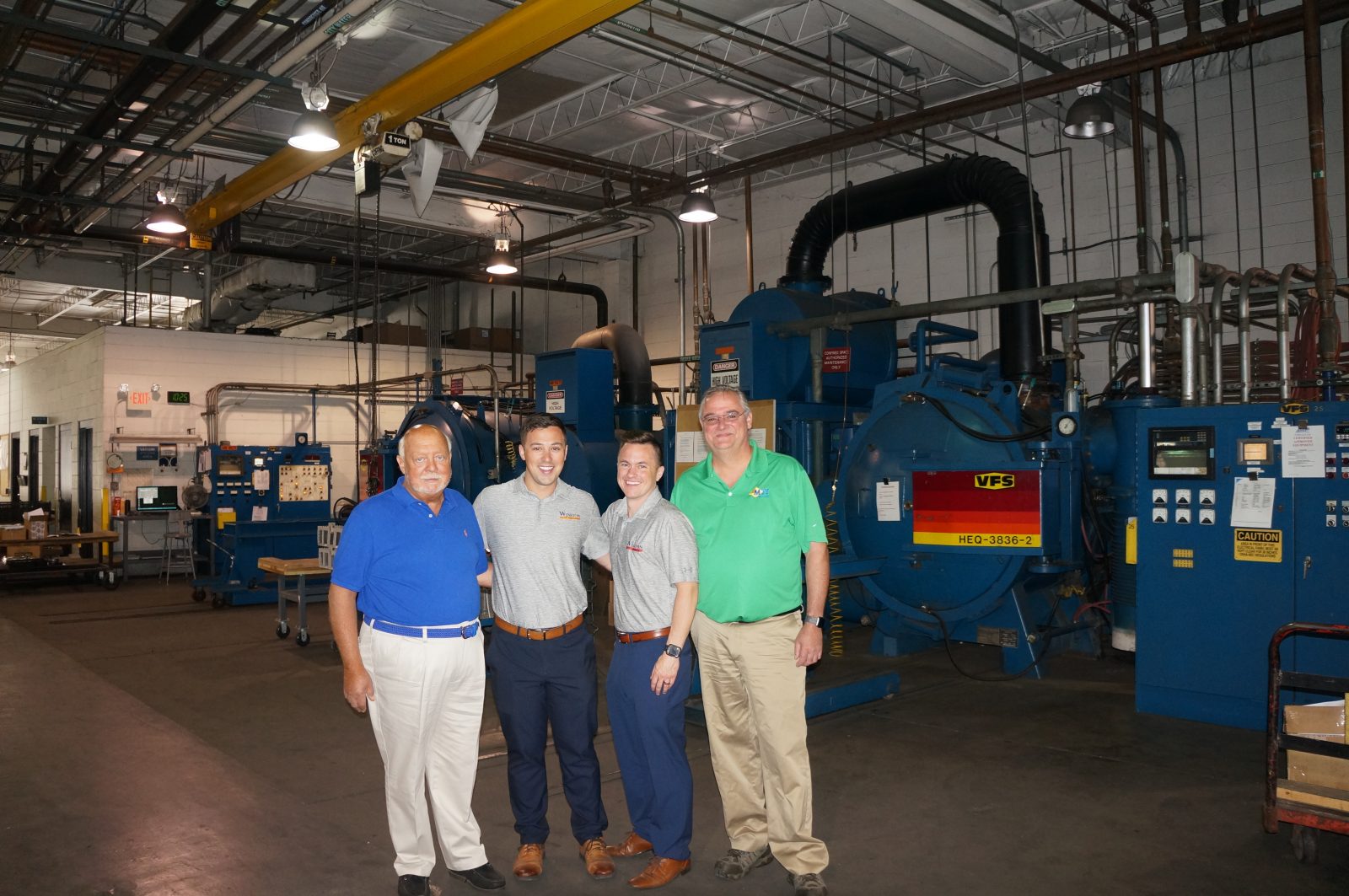 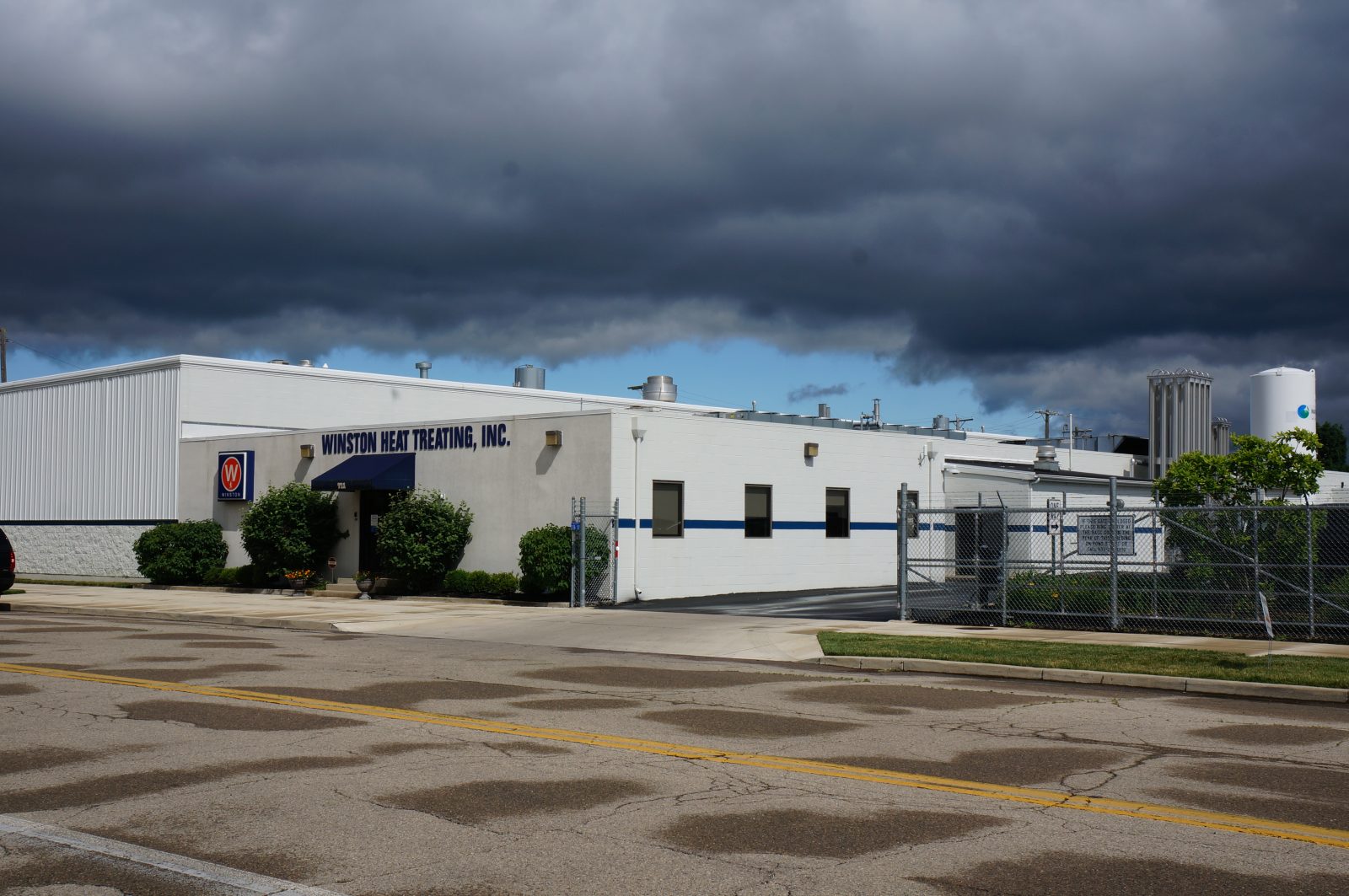 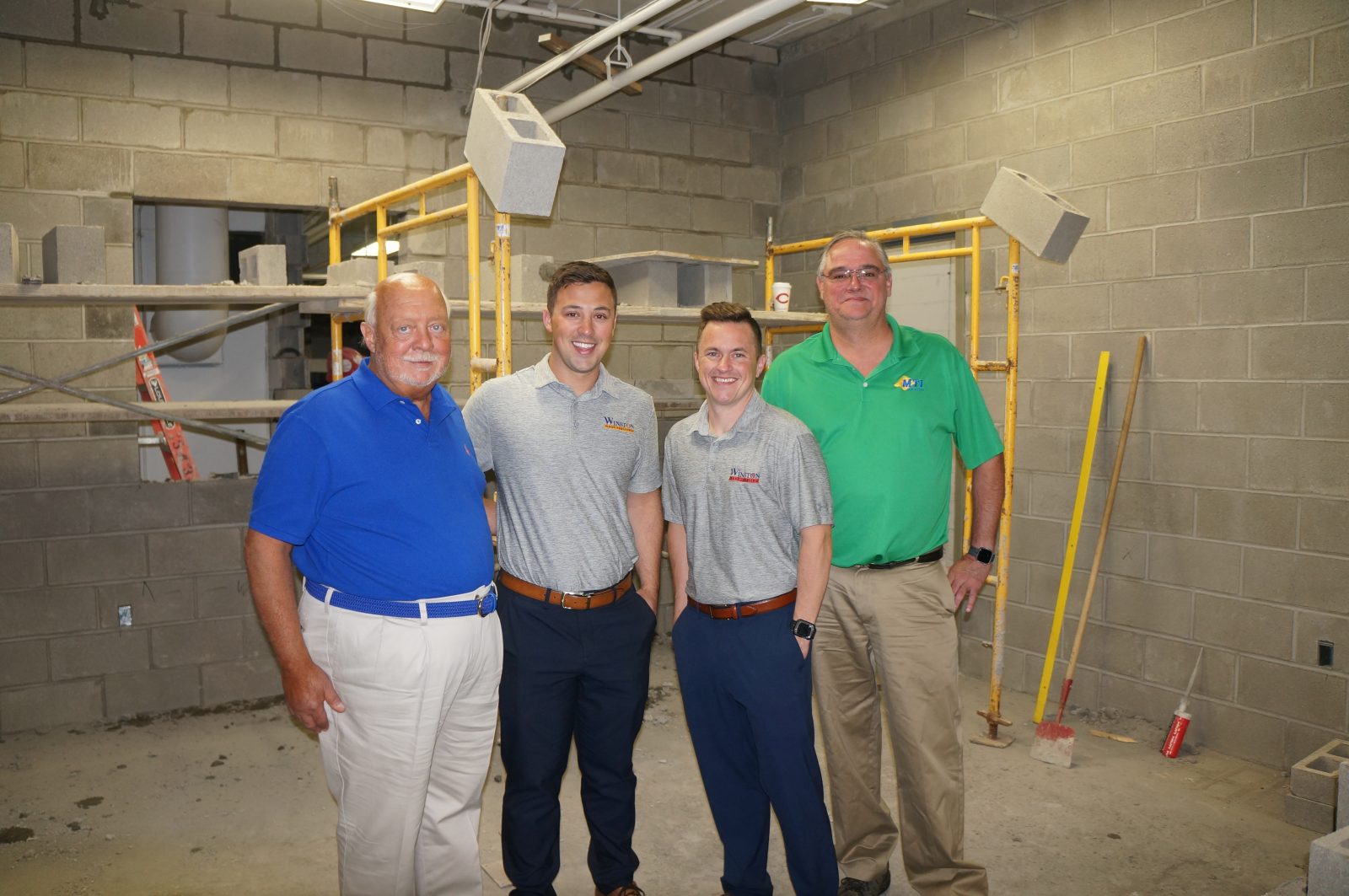 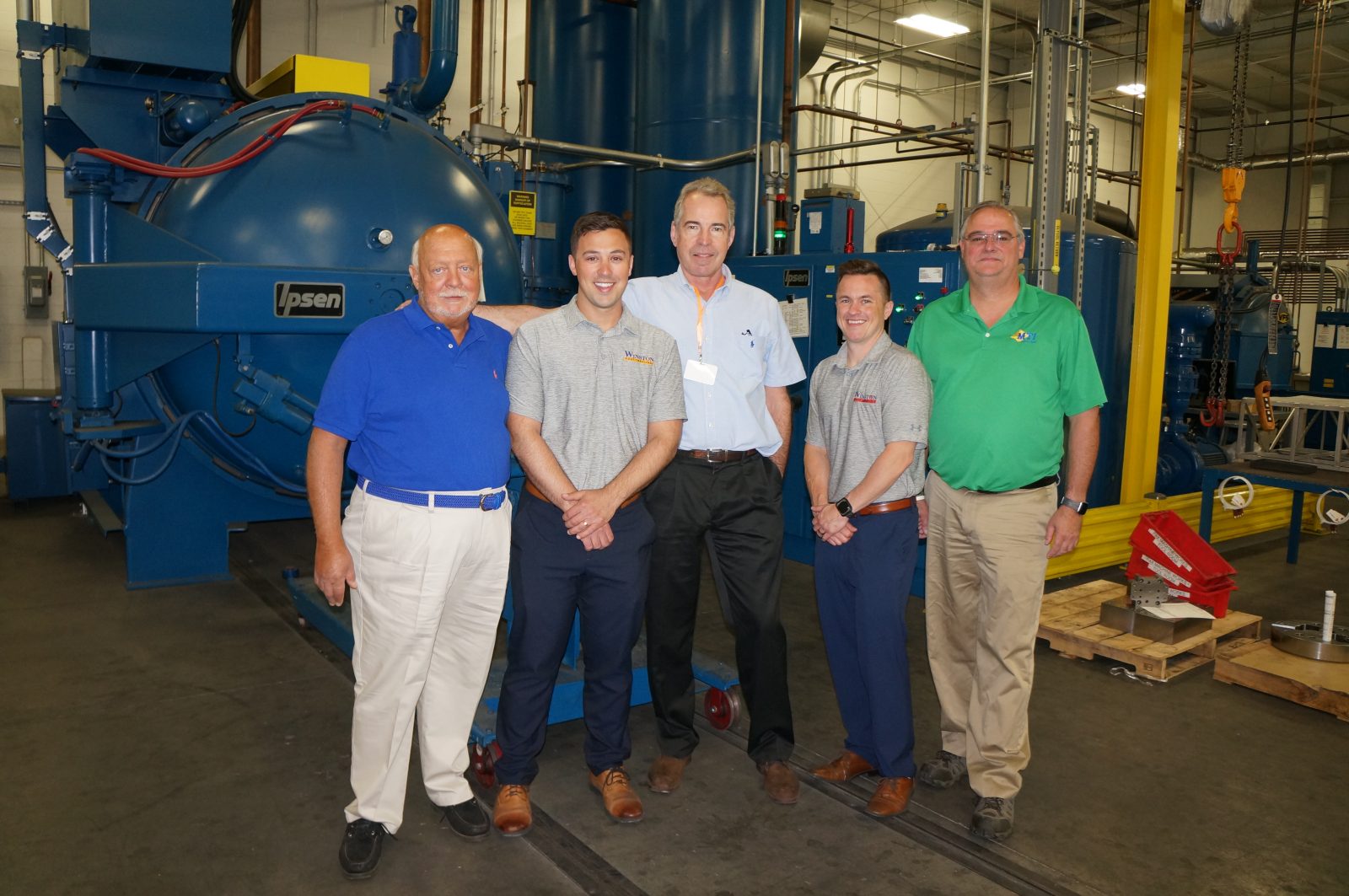 While we are speaking about family owned commercial heat treats we should mention one of the largest, Braddock Metallurgical who is the dominant player in the US Southeast; “Braddock Metallurgical in Bridgewater, NJ received a Nadcap accreditation for demonstrating their ongoing commitment to quality by satisfying customer requirements and stringent industry specifications. Nadcap has also determined that Braddock Metallurgical has gone beyond the industry requirements and has earned the special recognition of Merit. Earning Merit demonstrates the trust that the aerospace industry has in Braddock Metallurgical, based on the past performance in the Nadcap audit. This accreditation reinforces the commitment that Braddock Metallurgical has to providing our customers with the highest quality products and services that are more reliable and that meet their technical specifications. The achievement of earning Nadcap with Merit is a significant accomplishment and a testament to the hard work and dedication of our employees.” While we are talking about the US Southeast we should also mention that the Bodycote (commercial heat treating) facility in Athens, Alabama is making some good sized investments in the form or more IQ capacity, again showing that the US Southeast is a good place to be.

In the UK one of the largest commercial heat treaters in the country, Hauck is doing some bragging; “As a top 10 supplier to Precision Technologies Group UK (PTG), Hauck Telford was nominated for their continued outstanding quality and service in the supply of heat treated components. Hauck Telford have promised to work continually with PTG to minimise costs, deliver on quality and service and further deliver on product improvements. The team at Hauck Heat Treatment Telford strive to deliver the same high standard for all customers, and this award is proof of what we can achieve.” 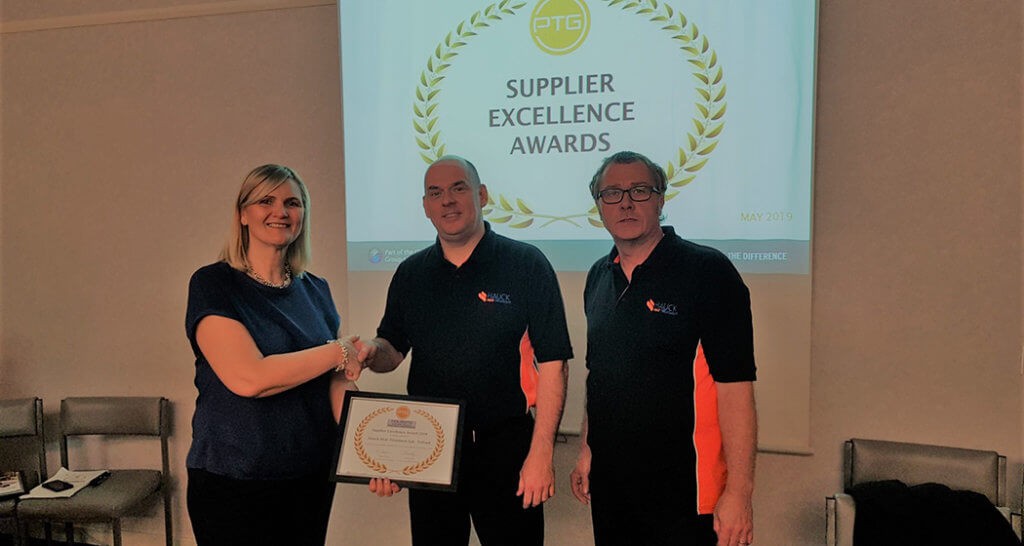 If we are speaking about Hauck we should mention this note about their facility in Poland which we visited a few years back now; We are very proud to announce that after an audit by Bureau Vertitas, our plant Kalisz in Poland was awarded the EN 9100:2018 certification which is technically equivalent to the AS 9100D. The certificate was issued on April 30, 2019 and will expire April 29, 2022 if not renewed. This certificate shows again the focus that the local management puts on sustainable quality. It is a valuable addition to the ISO 9001 certificate we have in Dzierżoniów and Kalisz and also the IATF 16949, the ISO 14001 and the ISO 50001 certificates we hold in Dzierżoniów.” 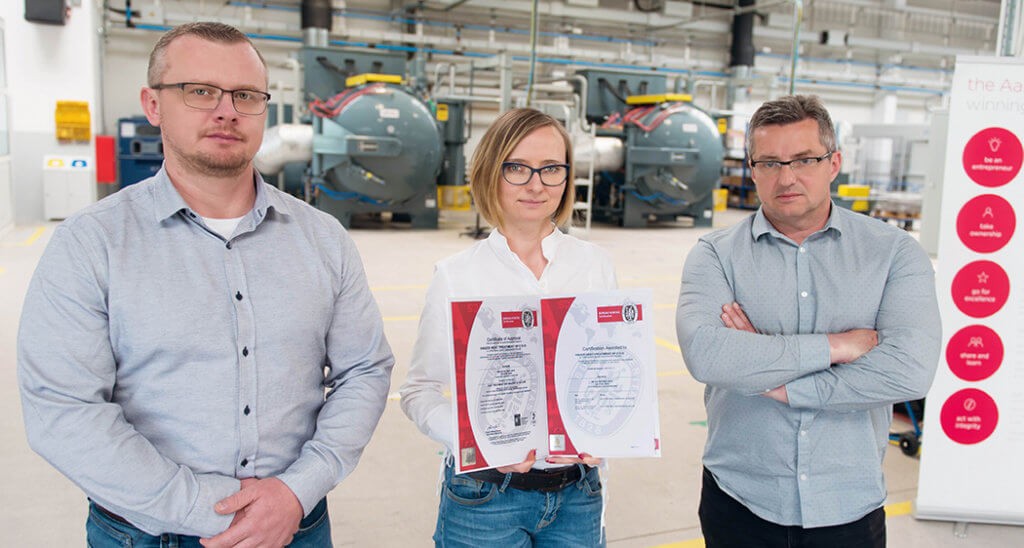 Lets move to Canada now and look at a company by the name of Exactatherm. This is another commercial heat treater which achieved Nadcap a number of years ago and has never looked back. The company had an anniversary party last Friday and Jordan Montgomery of “The Monty” was in attendance. We will have a few photos from the event for you this week but we can say at this point that the company has been investing big time recently and this includes a brand new SECO/WARWICK vacuum oil quench furnace. In the “What’s Upcoming File” we have this. Next week we will have be visiting a number of heat treaters in Germany and the Netherlands and will give you details about each, this will precede our coverage of the Thermprocess exhibition in Dusseldorf, Germany-we will give you our impressions. Interviews we have for you in abundance starting with the most influential individual in the worldwide heat treating industry-Mr. Stephen Harris, CEO of commercial heat treating giant Bodycote which will happen July 1. In August we interview the new CEO of SECO/WARWICK followed by our very good friend Steve Thompson of controls company SSI in September and another top notch fellow by the name of Thomas Doppler, CEO of furnace company Aichelin, in Austria in October.

AND possibly most importantly in the upcoming news section we should have some very good news and gossip about the European heat treating market after the Dusseldorf show, a market which we understand has slowed down a little recently.