McLaughlin Furnace Group Announces Pusher Furnace Order. McLaughlin Furnace Group based in Fort Wayne, Indiana is pleased to announce that they have received an order from a major truck component manufacturer for a two row, gas fired pusher furnace. The president and owner of the company Mr. Jeff McLaughlin had this to say about the order “We are very pleased that such a substantial manufacturer should have so much confidence in our ability to provide a state of the art system on time and on budget. This is a real milestone for our company and reinforces the fact that McLaughlin Furnace Group has grown to be one of the largest and most diversified in the North American furnace manufacturing industry”. McLaughlin Furnace Group expects the furnace to be installed and in operation the fourth quarter of 2019. In Sweden we see that commercial heat treater Huskvarna Härdverkstad has invested in a brand new Ipsen vacuum carburizing system. Having some experience with the Swedish heat treating market we can say that it is not large compared to Germany, France or the USA but it is certainly sophisticated with some of the most advanced heat treating technologies available in the world. 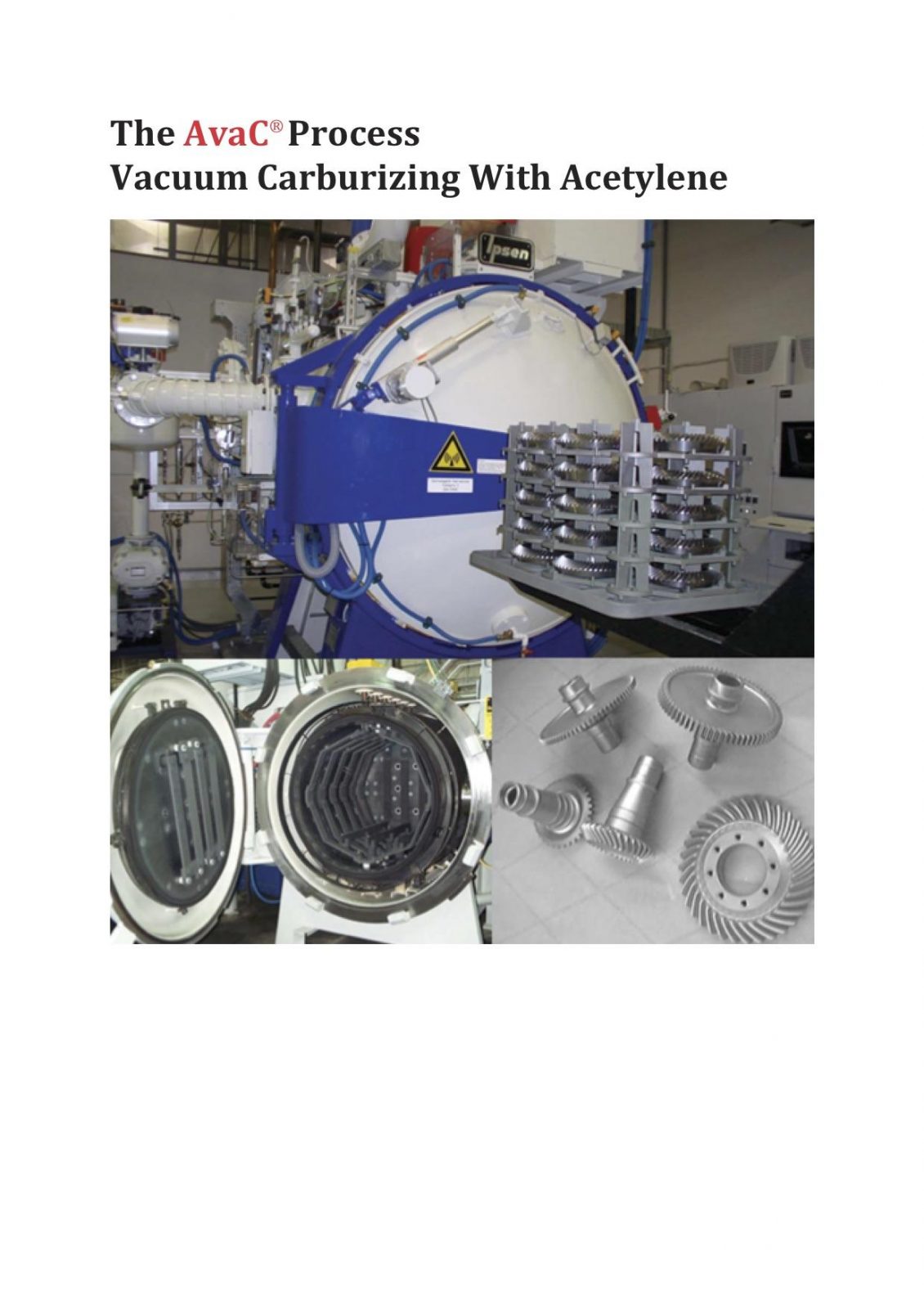 The following review of the Group’s markets quotes all movements based on growth against the same period in 2018, at constant currency.

Aerospace and defence revenues grew 15%, with the strong growth trend seen through the second half of last year continuing into 2019.

Automotive revenues fell 4%, with car & light truck revenues negatively impacted by lower production volumes, particularly in Western Europe. Year on year growth comparisons in car & light truck are somewhat skewed, however, as the first half of 2018 was particularly strong due to manufacturers accelerating deliveries ahead of the introduction of the WLTP regulations.

General industrial revenues were 6% lower, with good growth in the emerging markets more than offset by weakness in the developed economies. The revenue declines in the developed markets are due to the impact of business that was discontinued in H2 2018, as well as what appears to be some hesitation in customers’ capital investment decisions.

Summary and Outlook; In the first four months, we have seen excellent growth in civil aerospace revenues, offset by anticipated weakness in automotive and general industrial revenues against strong comparatives from the same period last year. The full year outlook for civil aerospace remains strong, and revenue growth for Specialist Technologies’ is also expected to be good. With easing comparatives in automotive in the second half of the year, and provided current macroeconomic conditions do not deteriorate, year on year growth should strengthen. The Board’s expectations for the full year remain unchanged.”

From Italy Nitrex has send us this press release about a new installation; “Family-owned heat treatment company GalvanoTechnik, situated in Lombardy, Italy, has expanded its surface treatment services portfolio to include NitregR controlled nitriding, NitregR-C nitrocarburizing as well as ONCR in-process oxidation treatments. Nitrex System Combines 3 Technologies into 1 Platform; The company invested in a compact Nitrex system, model NXK-609, configured to process 23.5″ diameter by 35.5″ high (600mm by 900mm) workloads that weigh up to 1300 lbs (600 kg). The system complies with the temperature uniformity requirements of AMS 2750E, in addition to meeting specifications ASM 2759/10, which make it possible to consistently achieve the required metallurgical and mechanical properties for controlled nitriding. Other advantages of the NXK series include a reduced footprint and a system configuration that combines three process technologies into one platform.” 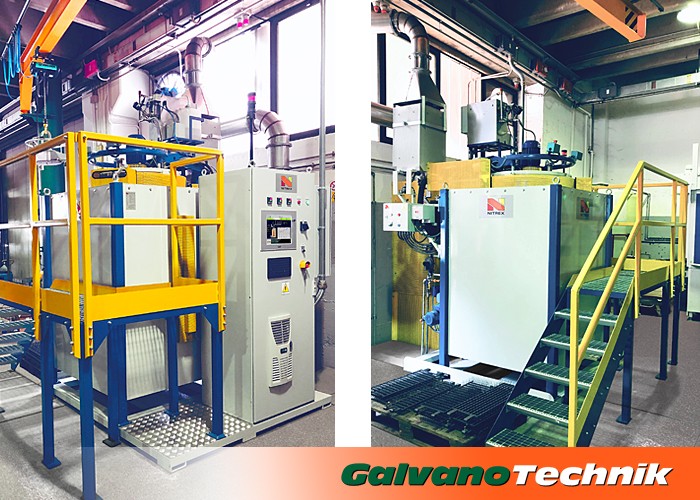 Wisconsin Oven sent us this news item about two rather unusual ovens they recently supplied. “Wisconsin Oven Corporation announced the shipment of two (2) Electrically Heated Four Zone Two Drawer Ovens to a manufacturer in the oil and gas industry. The batch ovens will be used for pre-heating drill pipe motor tubes and cores. The ovens have sufficient capability to heat 15,000 pounds of steel from 21°C to 120°C in approximately 90 minutes in a pre-heated oven.” 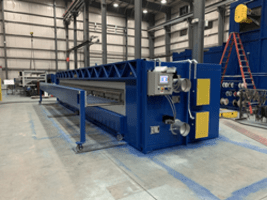 Our friends at furnace builder SECO/WARWICK send us this press release; “SECO/WARWICK Group’s subsidiary based in Meadville PA, has been awarded a major contract to build and commission a specialized aluminum solution heat treating furnace for a U.S. customer. The new furnace, which is AMS2750 compliant and Nadcap capable, will be engineered and manufactured in Pennsylvania. Per AMS2750, both temperature uniformity and time to quench are critical factors necessary to achieve favorable and consistent material properties. The furnace is designed to maintain temperature uniformity of +/- 5° F. To achieve the critical “time to quench” sequence, SECO/WARWICK will include its unique load handling system, which will also reduce loading and unloading time between batches, improving efficiency and throughput. Because of the unique design of its rapid loading/unloading capability, it will achieve near-continuous product processing in what would otherwise be defined as a batch furnace. The furnace will be used to heat treat products for use in automotive, aerospace and medical applications. The furnace is engineered to load, heat treat, quench and discharge with minimal operator assistance.” And to round things out Furnacare Inc., issued a press release about a furnace they sold to a mint; “Furnacare Inc., a TAV Group Company, sold a TAV horizontal vacuum furnace with a maximum temperature of 2462°F (1350°C) to an international mint. The furnace, which has useful dimensions of 400 mm (15.7 inches) wide x 400 mm (15.7 inches) high x 600 mm (23.6 inches) long, has high-speed quenching with up to 25 bar of helium with an optional recovery circuit. A large pumping group allows for rapid evacuation of the chamber and high operating vacuum level. In addition, a closed-loop gas cooling system combines high flow capacity and pressure to guarantee fast and uniform cooling of the load. The wide surface of the heating elements and the possibility to heat up the load with auxiliary convection at lower temperatures allow fast and uniform heating ramps and shorter cycles. A SCADA system provides comprehensive monitoring and the control of the furnace.” 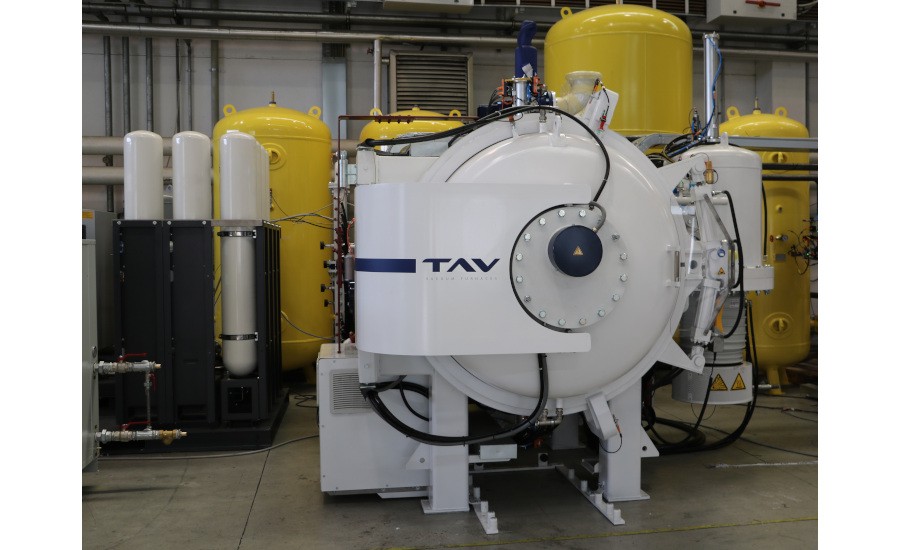