“Gasbarre is pleased to announce the promotion of Mike Harrison to Engineering Manager for Gasbarre Industrial Furnace Systems (formerly J.L. Becker), in Plymouth, MI.   Mike started with Gasbarre in 2017 as a Sales and Metallurgical Engineer. Since that time, Mike has demonstrated great leadership and technical ability. In his prior role, Mike has shown a keen ability to develop and implement product and process standardization as well as technical solutions for the everyday challenges of customers.

He holds a BS in Materials Science and Engineering from the University of Michigan and an MBA from Walsh College.  “Our entire organization is excited for Mike and his new role,” says Ben Gasbarre, President of Industrial Furnace Systems. Ben adds, “Mike’s skill set, education, and experience within the heat treating industry gives him the tools necessary to not only help our organization, but our customers as well.” We will add to this news item that Mike is an ex Bodycote guy and an ex American Axle Manufacturing guy so he must know his stuff. 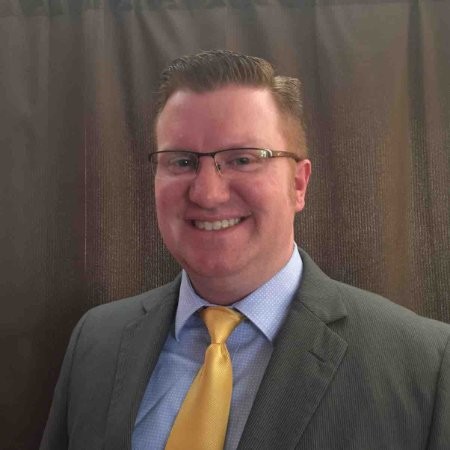 Recently we mentioned that Mr. Dan McCurdy President, Bodycote Automotive and General Industrial Heat Treatment, North America and Asia would shortly be retiring and speculated on who might be replacing him. Well we are starting to think that Dan’s shoes are so large that nobody will be able to fill them. Specifically we have heard several individuals say that no decisions have been made and it is quite possible that his responsibilities might be shared amongst several people. We will keep you updated.

Well I guess we will make this a Bodycote day as we seem to have a lot of news about the company. Mind you that is not surprise considering Bodycote is a $1 billion USD per year company and the largest commercial heat treater in the world. If you recall back in July of 2017 the company had a very bad fire at their location in Syracuse, (formerly Syracuse Heat Treating). Little has been announced publicly about rebuild efforts but we are here to tell you that they are underway and we will probably be hearing more about a multi million dollar investment plan in the near future.  Robert Ballinger-Well He Didn’t Last Long. Robert was Divisional Engineering Manager for the Bodycote AGI/North America & Asia division starting August 2017 for a period of 1 year and 9 months before retiring. That was a short stint. 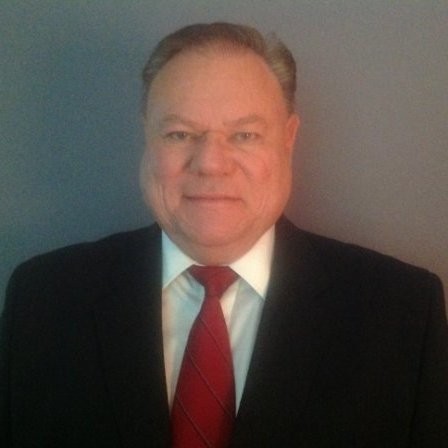 It always brings joy to our hearts to see manufacturers adding heat treating capacity which meant we got a kick out of this story; “Estwing Manufacturing Co. — the maker of hammers, axes and pry bars among other striking tools — is planning a $10 million expansion of its Eighth Street facility that would keep 296 employees in Rockford and add 30 more. Mayor Tom McNamara said the expansion is a big win for the city because the company had considered moving out of state. McNamara said Estwing has been great to work with and it is gratifying to see it “doubling down on the city.” Rockford’s Planning & Development Committee on Monday will consider a $50,000 Community Development Block Grant that would help defray the cost of $845,000 worth of heat-treating equipment that is part of the expansion, said Karl Franzen, the city’s community and economic development director.”

We will also say that Rockford, Illinois USA is known as the fastener capital of North America and has one of the largest concentrations of captive and commercial heat treaters in the world. It sounds like aerospace engine and components company, Continental Aerospace Technologies in Mobile, Alabama has added a couple of Plasma nitriding systems.  “Continental Aerospace Technologies™ (formerly Continental Motors), which is recognized for manufacturing piston engines for small aircraft, sought to improve its nitriding systems with high ammonia emissions and turned to RÜBIG Industrial Furnaces, an Austrian metal hardening company. RÜBIG supplied two “EVEREST 100/180 Duo” plasma nitriding and annealing furnaces, as well as a cleaning solution. The equipment provides independent multi-heating and cooling zones and the Micropuls® technology.”

Oh and speaking of RÜBIG we also have this news item; “RÜBIG continues its international expansion course. Optimal support of its customers in the booming US market is very important to the traditional Austrian company A valuable distribution partner for the Division of Industrial Furnaces could be found after intensive search with Mountain Rep in Cleveland. Rosanne Brunello, General Manager of Mountain Rep, has an international reputation. The winner of the ASM President Award Cleveland has 35 years of experience in the distribution of heat treatment furnaces, pumps and products. Their expertise is enriched with many years of experience in the aerospace industry. She is supported by John Young. The assistant professor of metallurgy at Macomb Community College has 40 years of professional experience. The “RÜBIG TEAM USA” during the first training (from left to right): Rosanne Brunello, John Young, service technician Ernst Schwarzlmüller, sales manager Sabine Kreuzmayr, process engineer Roland Kullmer, salesman Uwe Rahn and service technician Nermin Imsirovic.” 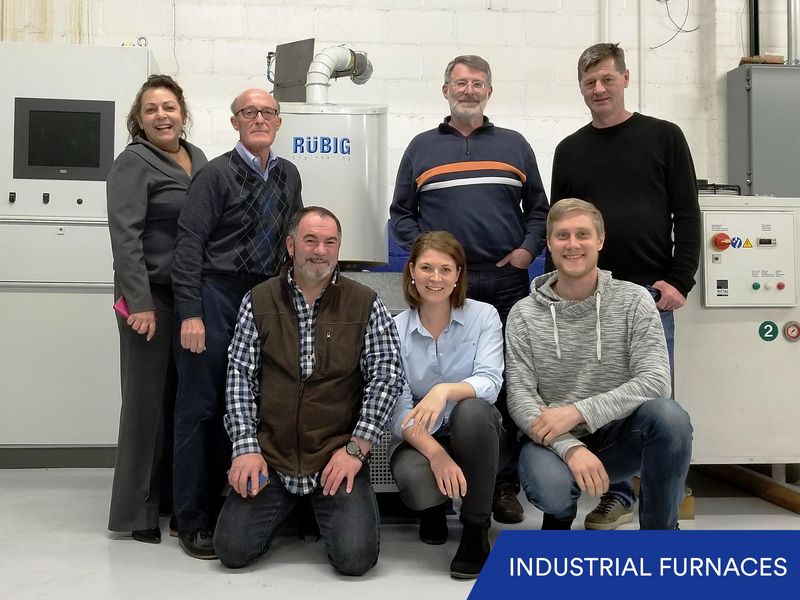 And to round things out commercial heat treater Listemann in Liechtenstein sent us this press release and photo of a recent student visit the company arranged; “17 students from all over Germany and the persons responsible for the DVS (German Association for Welding Technology) were participants in a one-day practical workshop at Listemann in Liechtenstein. The participants were given the potential and potential uses of vacuum soldering as lectures Joining and coating process brought closer.” Looks like the company is a big Ipsen fan. 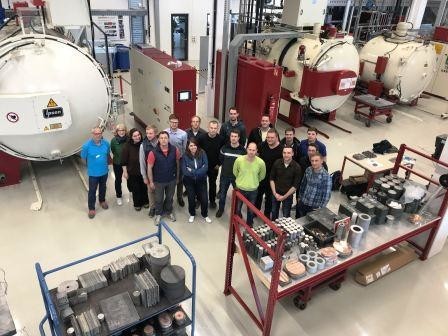