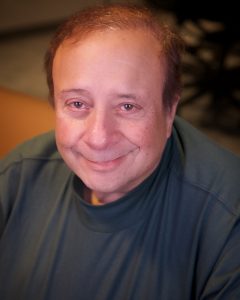 A future “Heat Treat Podcast” will feature Mr. Mark Podob, Owner of commercial heat treater “Metlab” in Wyndmoor, PA, USA. We are especially excited about this podcast as “Metlab” occupies a very unique position in the North American Heat Treatment industry in that it is believed to have the largest commercial atmosphere controlled carburizing furnaces in North America. As an example the largest parts the firm has processed to date have been a pair of gears weighing it at 95,000 pounds.

While we wait patiently for the podcast we can offer you this glimpse into the owner and the company itself. In the meantime to view all of our past podcasts with our charming and eloquent host, Mr. Carlos Torres follow this link.

Mr. Podob has over 50 years in the industry. His career started as a Materials Engineer with Pratt & Whitney Aircraft in East Hartford, Connecticut, working in a failure analysis group on a broad base of materials and jet engine components. He moved into an alloy development group and spent several years working on hot isostatically pressed near net shaped superalloy powder metal turbine disks as an alternate manufacturing processing technique for forged nickel base turbine disk production.

After several years in engineering positions in the powder metal field, Mr. Podob took a position with the fledging Titanium Nitride (TiN) coating industry, working for several companies providing commercial services and equipment for PVD and CVD TiN coatings. These coatings dramatically extend the life of tooling for a variety of cutting and forming applications. Shortly afterwards, he joined Abar, a leader in the manufacture of vacuum furnaces and was responsible for the company’s plasma nitriding and carburizing licensed technologies. After the merger of Abar and Ipsen Industries, and then the absorption of Abar by Ipsen, Mr. Podob was responsible for the supervision of the company’s six field sales offices, regional sales managers, and field service engineers. In 1998 with James Conybear, Technical Director of Ipsen, Mr. Podob acquired the assets and ongoing business of Metlab, a commercial heat-treating company whose equipment included what is believed to be the largest commercial atmosphere-controlled carburizing furnaces in North America. With pit furnaces having work zones up to 15′ in diameter in outside diameter by 12′ deep for carburizing and nitriding large gears, and 6′ in diameter by 18′ long for processing pinion shafts, the company can process large gears and pinions. In 2019 Mr. Conybear retired, and Mr. Podob became the sole owner of the company.

Metlab was founded in 1928 as one of the oldest heat treat companies in North America. Located in a northern suburb of Philadelphia, Pennsylvania it employs a staff of about 45. Including Mr. Podob, there are three metallurgists on staff. The company was founded by Horace Knerr who among other product offerings, was a manufacturer of aluminum spars for bi-planes and the inventor of the gantry furnace. He needed a furnace to quench aluminum quickly, and this furnace which was located on stilts and had a quench tank that could be wheeled into place to provide a rapid quench, fit the bill. During WWII, the company employed over 300 people in a 125,000 square foot facility. At the end of the war, the company focused primarily on heat treating large parts, and specialized on deep case carburizing and nitriding large gears, bearings and structures, a core competency still stressed by the current ownership today.

Horace Knerr passed away in 1956, and left the company to his sons Conrad, an MIT graduate and Barry, who held a degree from the Wharton Business School of Economics. They operated the business until it was sold in 1998 maintaining the company’s focus on large part heat treating. The company was renamed Metlab.

One of the first demonstrated large parts projects the company tackled shortly after its acquisition by Podob and Conybear was the carburizing of large and ultra large bearing races for the windmill industry. These large bearing races, carburized to 0.150″ case depth require the development of special press quench fixturing to keep parts round and flat, minimizing the amount of grind stock removal. The heat treating of large gears and pinions quickly followed. These parts require not only specialized equipment to handle the large parts, but also an expertise in metallurgical control to ensure proper microstructure and mechanical properties as well as fixturing for minimum distortion and size control. The largest gears that the company has carburized to date has been a pair of rolling mill gears which were solid gearing, left hand and right hand herringbone gears which were mated to form a single, solid gear, weighing more than 95,000 pounds and a case depth of 0.250″. Metlab has also been active in the nitriding of main propulsion ship drive gears since the late 1970’s for the Seawolf Submarine and other naval vessels programs, as well as tank turret gearing and other military projects.

Recognizing the need for expanding the business, in  2001, the current Metlab acquired the John V. Potero Company, which gave it the capability to heat treat small parts as well as the ability to do black oxide finishing, allowing for expanded services, making it a full-service thermal processing facility. And the addition of a fleet of trucks gave the company the ability to provide a pickup and delivery service in the tri-state area adjacent to the Philadelphia based factory expanding the customer base for the company.

With the additional role of new customers such as the rocket companies filling the void left by NASA outsourcing, where particularly large parts will require thermal processing,  coupled growth of our established customer base, we will see continued growth. Significant importance in new processes such as preoxidation thermal treatments for land-based turbine disks and specialized tooling will represent one area for expanded opportunities. 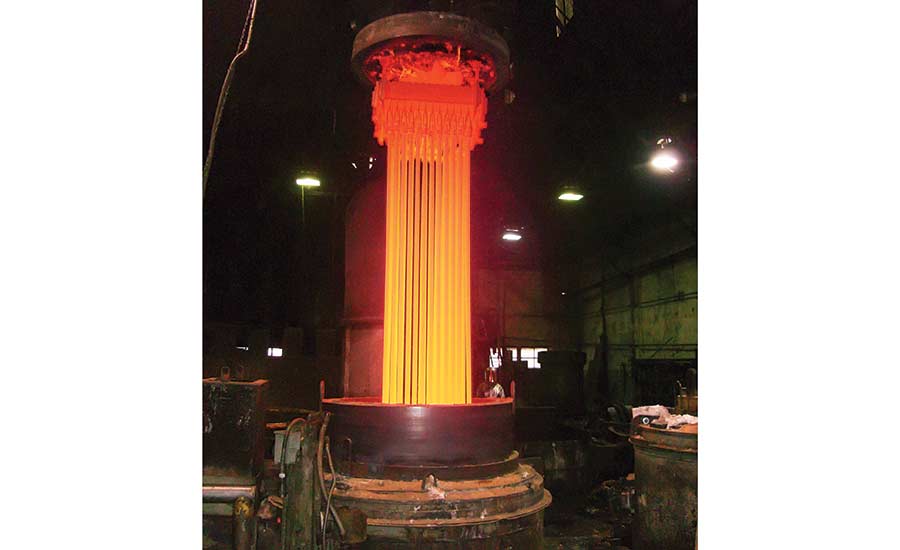