Thomas G. Gasbarre has stepped down as Chief Executive Officer of Gasbarre Products, Inc. He has held the position since 1990 when his father, George Gasbarre, the founder of the company, retired. During his tenure as CEO, Tom has done an exceptional job of steering the company in a forward direction and completed a series of key acquisitions that earned Gasbarre Products a worldwide reputation. Tom will remain as Chief Financial Officer until his planned retirement at the end of 2020.

With that being said, Gasbarre is pleased to announce that Tom’s son, Alex Gasbarre, has been appointed Chief Executive Officer and is now leading the development and execution of the company’s short- and long-term strategies.

Alex has been working at Gasbarre for the last 14 years and in that time has had many roles. His most recent role, as President of Press & Technologies and Chief Operating Officer, has given Alex the opportunity to hone his skills relating to strategic planning, information technology, marketing, human resources and international sales. Having worked around every nuance of the family business his entire career, Alex is well-suited for his new role.

Gasbarre is also pleased to announce that Heath Jenkins has been promoted, and will succeed Alex as President, Press & Automation, and Manufacturing Technologies. Heath has been with Gasbarre for more than three years, and has proven himself a leader with a strong ability to develop an organization. In his prior role as Vice President, Sales & Marketing for Gasbarre Press Division, Heath has brought great attention to the Gasbarre name and has done a stellar job of promoting sales growth and customer satisfaction for the organization.

Says Tom Gasbarre, of the management changes within the organization, “The next generation of leaders at Gasbarre has proven themselves to be very capable, dedicated, and committed to carrying on the 46-year tradition of the company. I believe these changes will position Gasbarre Products, Inc. for continued success for many years to come.”

About Gasbarre Products, Inc. Gasbarre, headquartered in DuBois, PA, was founded in 1973 to design, manufacture, and service a complete line of powder compaction and sizing presses for the powder metallurgy industry. Since that time, Gasbarre has earned a worldwide reputation as a full service supplier to the powder metallurgy, and thermal processing industries. With over 200 employees, Gasbarre stands alone in the ability to offer equipment and services for all applications related to powder compaction, thermal processing, and manufacturing technologies. 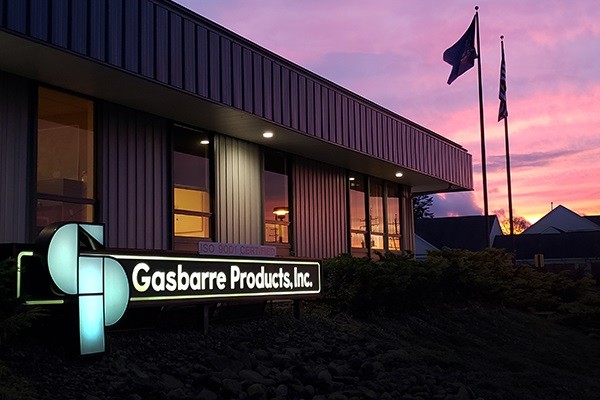