As part of our Monday Morning Briefing we had the note below about mining equipment giant Komatsu adding a state of the art heat treating department to their new facility in Milwaukee, Wisconsin. To update this story we can say that the entire heat treatment department will be housed in its own building and the furnaces will be the most versatile in the world-Batch Integral Quench furnaces (IQ for short in North America, Sealed Quench in the rest of the world). While you could argue that the cost per pound of heat treating components in a continuous style furnace such as a pusher are lower, the benefit of a batch IQ is that they are versatile. Different part sizes, different weights not a problem and plus it is far easier to shut down a 3500 pound capacity batch IQ than a large pusher line.

“For our Monday Morning Briefing for October 19/2020 we start off in Milwaukee, Wisconsin, USA. To begin we will use this press release which appeared just a couple of weeks ago; “Building on its 135-year-legacy in Milwaukee, Komatsu Mining Corp. officially broke ground earlier this month for its new state-of-the-art headquarters and manufacturing campus in Milwaukee’s Harbor District on east Greenfield Avenue. The company recently finalized the acquisition of two parcels of land totaling nearly 57 acres for the project. Partnering with the State of Wisconsin and City of Milwaukee, Komatsu is investing approximately $285 million in its South Harbor Campus, which will include purpose-built, modern manufacturing facilities; advanced technology, robotics, engineering and R&D labs; a large office complex, training facilities, a data solutions center and an experience center.” When this project was announced back in 2018 one of the details emphasized by Komatsu was that this new project would include a state of the art heat treating facility. We can confirm that this is the case and while we can’t provide details at this point we can say that the heat treat portion of the project is certainly moving ahead.” 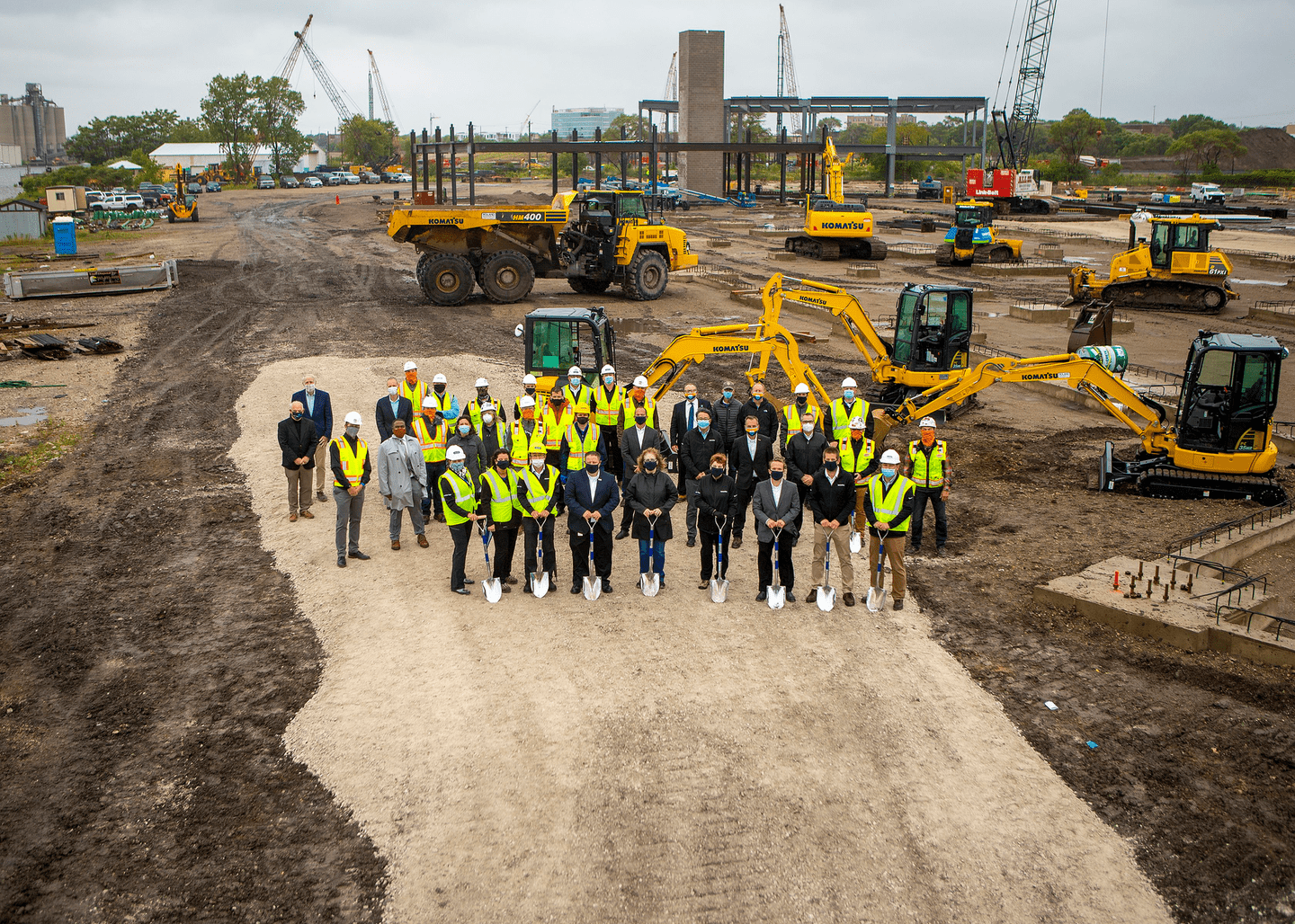