Dr. Heuer, Head of Research and Development Heat Treatment at ALD, was honored with distinguished award during a reception at the 75th Heat Treatment Congress in Cologne. He was awarded the Karl-Wilhelm-Burgdorf Prize by Dr. Winfried Gräfen, the Chairman of the AWT. This prize is granted to individuals who have put scientific findings into practice in an extraordinary manner, giving impetus to materials technology and heat treatment.

In his laudatory speech, Dr. Gräfen emphasized in particular the development of low-pressure carburizing and high-pressure gas quenching technology as well as the associated ModulTherm and SyncroTherm plant technology. Furthermore, he emphasized not only Dr. Heuer’s intensive and outstanding lecture activities, but also the numerous publications with which he made his knowledge available to the public. He thanked Dr. Heuer for many years of membership and close ties to the AWT and congratulated him for the award, which is to honor his successful work at the interface of science and practice.

“The Association for Heat Treatment and Materials Science (AWT – www.awt-online.org) stands for communication and knowledge that deals with heat treatment and material engineering. The AWT first and foremost promotes the transfer of knowledge and cooperative exchange of ideas between research and industry. To this purpose, the AWT initiates its own research projects and sets the standards throughout Europe by holding professional technical congresses.” (Source: AWT) Founder of the Karl Wilhelm Burgdorf Prize is the BURGDORF GmbH & Co. KG. 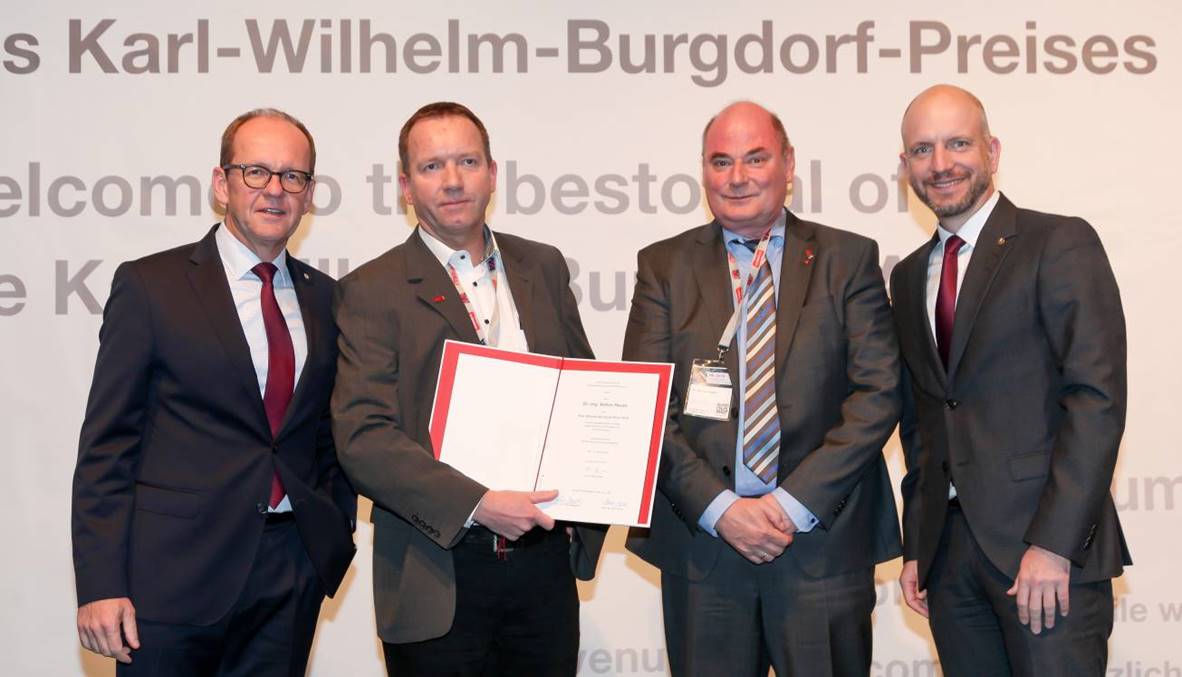