Ipsen the Target of a Takeover?

Recently rumors have been circulating that Ipsen, one of the largest new furnace builders in the world is the target of a potential 200 million pound takeover by a British company, Stirling Industries. We asked Mr. Geoffrey Somary, CEO of Ipsen Group if he could comment. His comments can be found here;

“As Stirling is a publicly listed company there are rules that need to be followed regarding comments.  Therefore, I must leave it limited by saying the press release by Stirling PLC speaks for itself.  I am looking forward to giving you more details at a later time regarding Ipsen’s future and the great things we have in store for the heat treating industry. We do not anticipate any significant change to our strategy towards the market and our customers.”

And the following is from a posted news item we found:

“Acquisition vehicle Stirling Industries PLC on Wednesday confirmed it is in ongoing talks over the takeover of Ipsen International GmbH. Shares in Stirling Industries, which was formed to make an acquisition in the industrial sector, were suspended in London on Tuesday after it said it was in “advanced” talks over the purchase of its first asset. Debt funding has been agreed in principle, Stirling said on Tuesday, with due diligence essentially done, and the firm is now looking at securing equity funding. Late on Tuesday, Sky News reported the target is steel-products heat treatment firm Ipsen. Stirling on Wednesday, in response to “rumour and speculation”, confirmed the company in its sights is Ipsen. https://news.sky.com/story/stirling-times-190m-bid-for-apple-watch-supplier-ipsen-11801529 “Whilst discussions are on-going, there can be no certainty at this time as to the final terms and conditions of the transaction or whether the transaction will proceed,” said Stirling on Wednesday. “A further announcement will be made as appropriate in due course. Stirling currently expects to be able to update shareholders in the period leading up to its annual general meeting, which is to be held on September 30, 2019.” 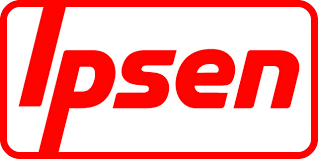