Industrial Heating Equipment Association (IHEA) always does a very good job with their regular Executive Economic Update & Analysis summaries and their January 2022 report is no exception. In it IHEA brings up the 3 main issues facing the industry this year, Inflation, Supply Chain and Labor.

It seems to be the economic equivalent of “lions, tigers and bears – oh my!” It is “inflation, supply chain and labor – oh my!” These have been the top concerns for several months now and that situation is unlikely to change soon. The good news is that there is a good chance that at least two of these issues will become less threatening as the year progresses. We can start with the outlook in regard to inflation. The headlines from the last few weeks have been near hysterical levels and there have been plenty of doomsayers that have made wild assertions regarding the imminent arrival of hyperinflation or stagnation. It is probably a good time to take a breath and calm down a little.

The inflation rate has indeed hit highs not seen in three or four decades – 7.5% at the last assessment. It is important to note that this is the only inflation we have seen in that period and it is important to understand why we are seeing it now. For the better part of the last four decades the US was able to essentially export inflation. This is what globalization was all about. If one was facing higher labor costs and higher production costs the easiest response was to either produce or source overseas where the costs were dramatically lower. Over the last few years, the appeal of globalization has faded somewhat as the costs have risen in these overseas markets at the same time that companies have started to shift back to the US to deal with the supply chain chaos. Then there are the usual culprits when it comes to the inflation issue – everything from higher commodity prices to the additional costs imposed by the supply chain breakdown and the higher costs of labor.

The three primary drivers of inflation include commodity costs, the cost of labor and the presence of too much money in the system. The money supply issue was a major factor last year as there was a significantly larger pool of savings than usually exists. The stimulus effort dumped the equivalent of the Japanese GDP into the hands of consumers at the very same time they were cut off from the places they generally spent their money. That cash just sat there for the bulk of the year and fed inflation. Today the majority of that cash has been drained from the system and that leaves the costs of commodities and wages. The price of commodities will always be volatile and will rise and fall with demand and production. Right now, the producers are still behind demand but will catch up in the months to come. Wages are the biggest threat now as once these labor costs rise, they do not easily come down.

The supply chain has been broken for the last two years and is only slowly recovering. There have been traditional issues as well as unique problems. The major factor has been that demand has outstripped the capacity to meet that demand. The recovery in 2021 was far more aggressive than anyone had expected and producers were unprepared. They are starting to gain ground and by mid-year they are expected to have caught up with the majority of current consumer demand. The primary issue now is China. The shipping congestion is at the origin ports rather than at the destinations in the US. Production has been severely affected by the pandemic and the Chinese “zero tolerance” approach. It is assumed the Chinese will gain control of this production sooner rather than later and the latest data shows they are starting to return to normal.

This leaves the stickiest part of the inflation issue and the most consistent challenge manufacturers have faced over the last few decades. Labor has been at the top of the list of worries for a variety of reasons. There has been a skill shortage for years, too many retirements of key workers and now there is the surge in wage demands. Skilled workers have more leverage than they have ever had and the number one means by which companies are expanding their workforce is by poaching from one another. That tactic means paying people more and paying existing workers more so they will not be poached. Labor costs soared by over 5.0% last year and these costs are heading in the same direction in 2022.

The situation simply does not get much better for the automotive sector. The shortages of chips and other parts continue to interfere with production and that will likely continue for months to come. The shortages are affecting the entire upstream and downstream systems as the suppliers to the OEMs are as short of parts as the assemblers. The reactions to this supply chain fiasco have been consistent but it will take time to correct. There are chip manufacturing facilities in development in the US but it will be months before that production makes a dent. The makers overseas are racing to catch up but demand continues to overwhelm capacity and the issue of transportation still inhibits. There are millions of parts and assemblies that have been produced but are now stuck in transit. The crux of the issue is now in the producer nations as opposed to the destination nations. China has been hampered as far as output is concerned and that same issue has been affecting other suppliers in Asia. The best guess at this stage is that production levels will improve by mid-year at the earliest. 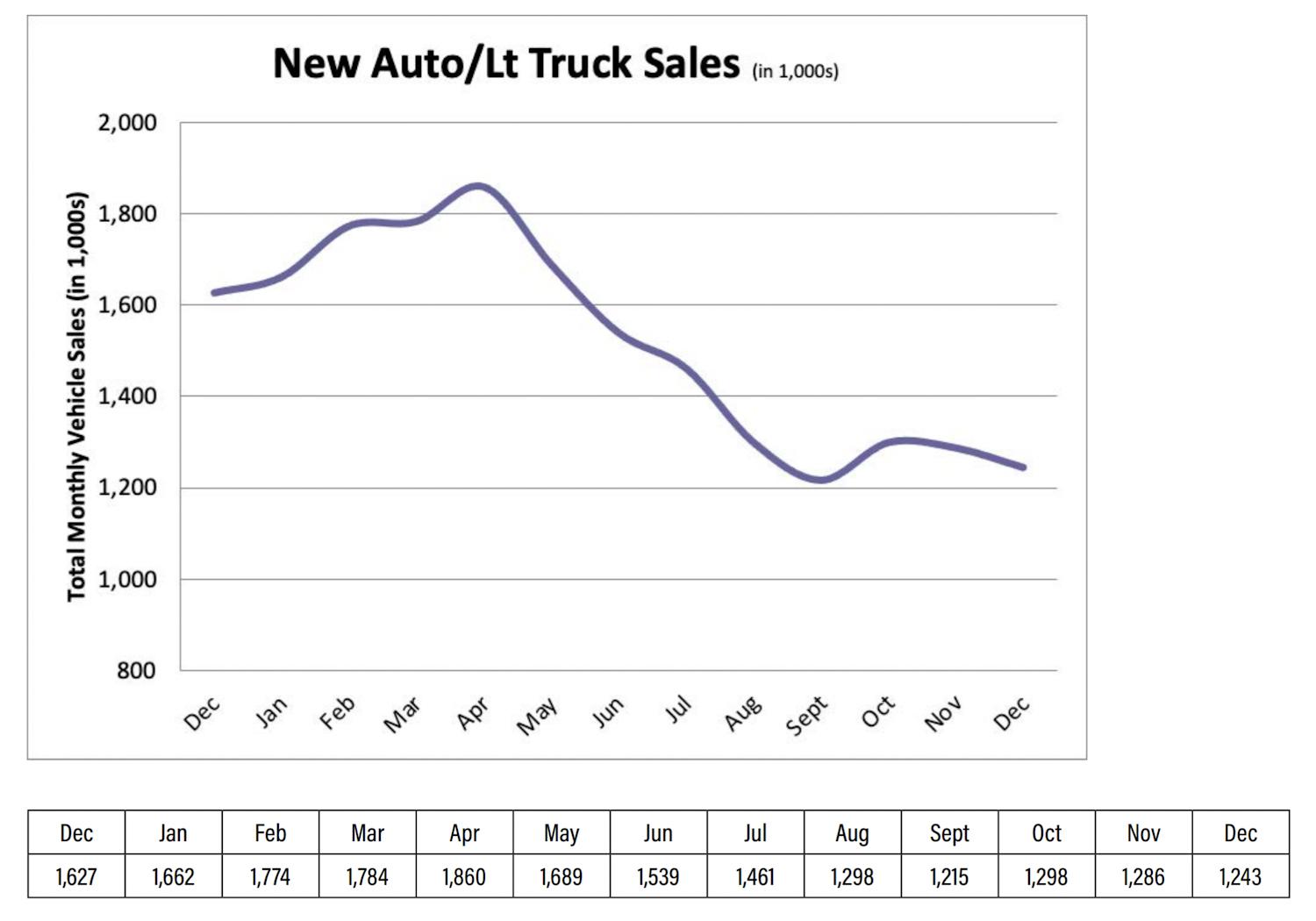