IHEA July 2021 Market Report-“The Good, The Bad and The Ugly”

The July 2021 report from IHEA (Industrial Heating Equipment Association) came out recently and it points to 3 different, potential scenarios moving forward-as IHEA pointed out very succinctly “The Good, The Bad and The Ugly”.

“July 2021. That sense of euphoria over the rapid growth sustained since the start of the year has started to fade and not for the reason that was expected. Let’s review! At the start of the year there was an expectation that there would be growth but it would be somewhat hesitant and slow. That was actually preferred as it meant that producers would be able to keep pace with demand and that would minimize the inflation threat. What we actually got was an economy on fire with a 6.5% growth rate in Q2. Suddenly the inflation threat was real as producers were quickly overwhelmed. Just about the time we all adjusted to the idea of really rapid growth and started to anticipate a really strong 2021 we discovered the pandemic was far from done with the economy. Now we see potential decline in the last half of the year as those protocols and restrictions reappear. Will there be another lockdown? Will consumers retreat again and send the service sector back into recession?

There were basically two possible responses to the surge in demand and both options had advantages and disadvantages. Both are highly dependent on what the consumer actually chooses to do. Option one was to add as much capacity as possible and as quickly as possible – buy new machines, add space, hire people and do it at a time when prices for all of this are at their highest levels in years. Option two was to stand pat and face the possibility of losing business to competitors or watching customers find substitute goods. If the choice is to expand to meet demand there has to be continued demand to justify that investment. If demand falls off the second option looks like the wiser one but what if the demand really does hold and expand. Now the decision to stand pat results in major declines in market share.

Until roughly a month ago it would have been a good bet to assume that demand would continue to grow – all the signs and indicators were pointing that way. Today the story is far less clear. The resumption of pandemic protocols has been an immense disappointment and has created significant tension. Those that have opposed the vaccinations have been held primarily responsible for the return of the pandemic and that has created intense hostility. Businesses are requiring vaccinations as a condition of employment and even consumers are being required to vaccinate. That creates even more tension and consumer growth and tension are not good companions.

There are now three scenarios in play for the rest of the year – a good, a bad and an ugly. The good one holds that people basically adjust to the protocols with some patience. It is assumed that there will not be lockdowns this time – the emphasis is on masking, distancing and hygiene. If that is the case the expectation is that growth rates will be relatively unaffected. This scenario also assumes that vaccination levels improve and the country gets measurably closer to that herd immunity. The bad scenario asserts that consumers do not adapt well and begin to shift their behaviors back to what they were last year – shunning events, restaurants, travel and other public activity. There would be more confrontations over these protocols and the pressure to vaccinate and that steers people even further away from public activity.

Then there is the ugly scenario. The outbreak gets bad enough that lockdowns are reimposed. Thousands of businesses are closed again, millions of people lose their jobs again and this time there is no money available from the government to cushion the blow. Those whose lives have been ruined again will become extremely hostile towards those they hold responsible and that will mean attacks on everything from government officials to health authorities and the unvaccinated. The bad scenario likely sees growth droop from the 4.5% to 5.5% level now assumed for Q4 to something closer to 2.5%. The ugly scenario sees the return of the recession – negative growth in Q4 that would likely extend into Q1 of next year. The odds of each of these scenarios differs – the good still has a 50% chance with the bad at 30% and the ugly at 20%. As in 2020 it all depends on the attitude and the behavior of the consumer and right now polls suggest there is tremendous confusion over what happens next. This kind of uncertainty does not feed growth as people become cautious regarding significant purchases and investments.” 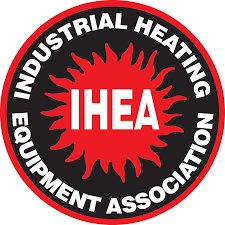