Last week we had an unfortunate story about furnace builder HSH in Germany closing down. This article gives us the details (please note that this has been translated from German and while the grammar is good it is not perfect). With 49 employees this was a respectable sized company, but one which appears to have been having financial issues for some time.

“The Duisburg lawyer Dr. Dirk Hammes has been appointed provisional insolvency administrator for the assets of HSH Härtereitechnik GmbH from Kranenburg. The company suffers from the massive structural problems of the industry and does not benefit from equity or guarantees from the state. The company from Kranenburg has made a name for itself since 1988 as a specialist service provider and supplier for the automotive supply industry.

It stands for a comprehensive quality spare parts service and sophisticated logistics as well as a highly qualified customer service for all areas of heat treatment and various other special systems. Now the district court of Kleve has ordered the provisional insolvency administration over the assets of HSH GmbH and appointed Hammes as provisional insolvency administrator. The insolvency affects 49 workers who have been on short-time work since July 2020. There have been arrears of wages since August 2020, and salaries are secured by the insolvency money up to and including October. Employees were informed at a staff meeting on 28 September 2020.

The Federal Employment Agency has approved the pre-financing of the insolvency money, so that the provisional insolvency administrator expects to be able to pay the arrbeened wages this week. “HSH Härtereitechnik is a medium-sized supplier for the automotive supply industry. The largest customer is Schaeffler Technologies AG & Co. KG in Herzogenaurach, which recently announced that it will cut up to 4,400 jobs by the end of 2022. However, hSH already felt the structural problems of the industry in 2019. Even before the pandemic-related economic crisis, the company had to contend with a decline in sales as a result of a serious decline in orders,” emphasizes Dr. Dirk Hammes.

In addition, the Corona-related restrictions had delayed and in some cases even prevented the completion of projects, which had exacerbated the decline in sales. Similarly, remedial measures and efforts by the shareholders to attract an investor failed. The lawyer and his team are currently examining all possibilities for refurbishment and are doing everything possible to preserve the insolvent company and thus the jobs for the future. One option is a so-called transformation fund, which IG Metall has addressed for subcontracting companies. Hammes would like to clarify as soon as possible whether such a move could still help the company from Kranenburg. At the same time, it analyses the possibility of divesting the company, which will be difficult given the current economic and business situation.” 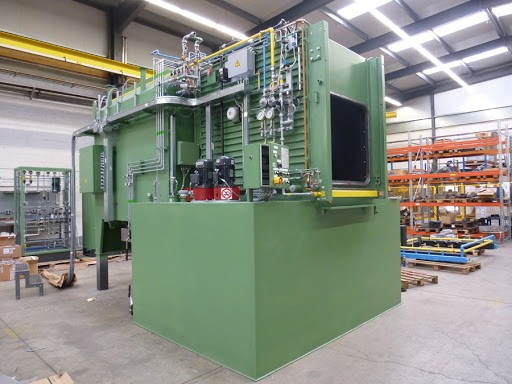